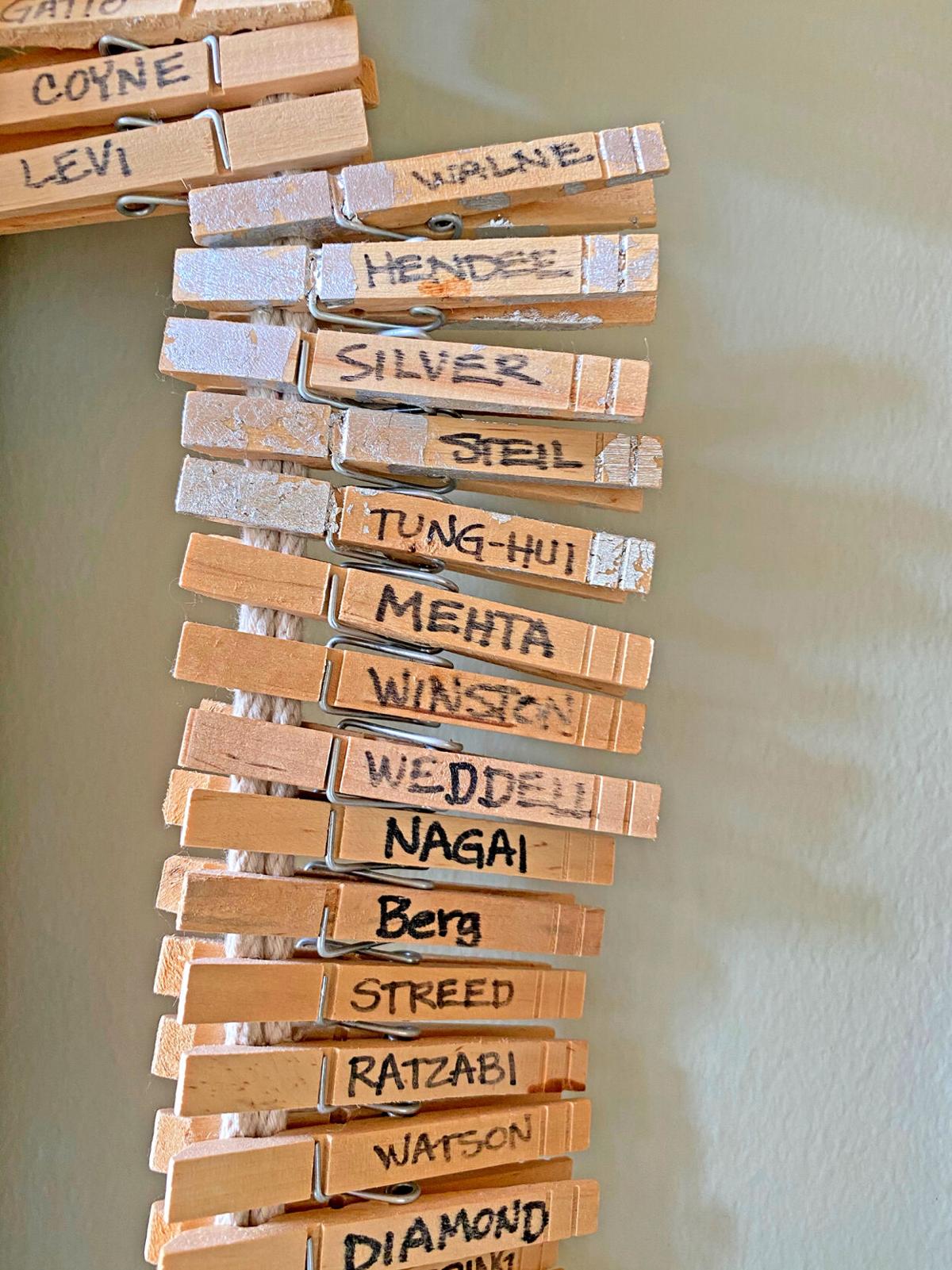 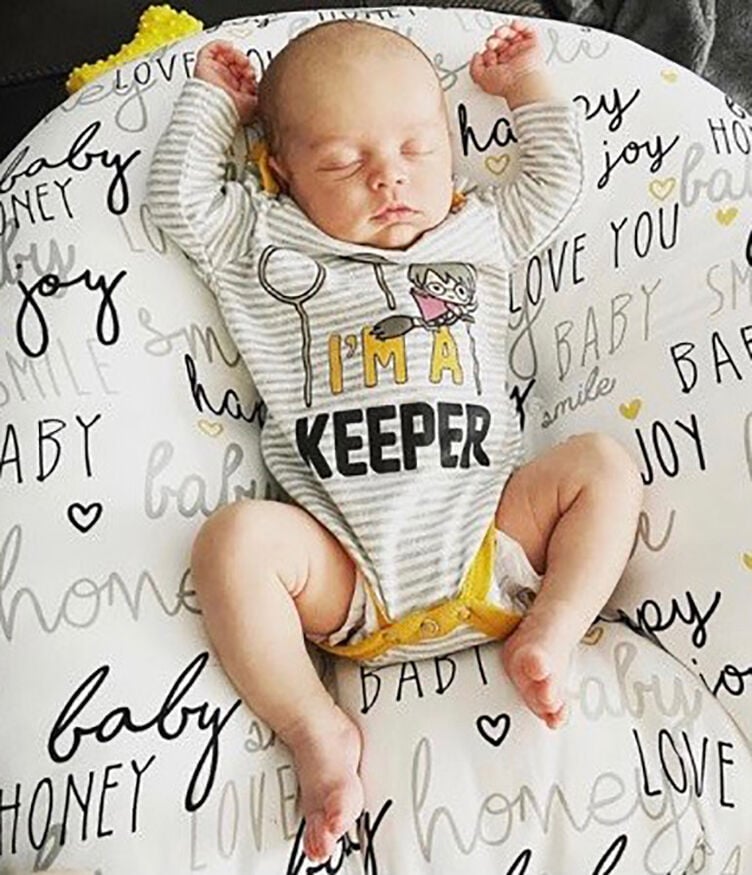 Little thing #2: the joyful (and sleepy) new arrival of young friends of mine.

Little thing #2: the joyful (and sleepy) new arrival of young friends of mine.

If you think you are too small to make a difference,

you haven’t spent a night with a mosquito.

Spring continues to take small steps in its opening act. The sparrows are excavating bird houses in anticipation of new families, and I know a couple moms who’ve been blessed with tiny arrivals too.

Not only that but the Asian pear is blooming, the daffodils are in full throttle, forsythias are waking up and, of course … mud. It’s that time of year for Rolodex weather: a couple stunning sunny days alternating with veritable downpours and gray skies. I don’t think March came in like a lamb and went out like a lion. I think it came in like a hummingbird and went out like a robin. Steady as she goes.

While I’ve been tracking both vaccinations and the rise and fall of covid cases in our county and beyond, many of my friends have now had either their double-barreled pokes or the J & J onesie. So, OMG, some of us are hugging again. It feels scandalously delicious. I prefer the heart-to-heart tactic: left chest to left chest.

What a pleasure the other day to visit with Cyndy Hayward (busy in preparation for the April first reopening of Willapa Bay AiR, www.willapabayair.org) who commented, “After a year of social distancing, we’ll need to learn to be closer again.” It’s so true — hugging feels suspiciously strange and verboten (but also wonderful), like we should be looking over our shoulders to see if anyone’s watching.

So many things have changed in this year of lock-down. How will folks feel about going back to work? Will people really return to their various offices and be willing to sit all day in cubicles again? The safety of air travel still feels uncertain to me, and many pundits have said that business travel may never go back to pre-pandemic levels. Zoom meetings have proven to be almost as effective at getting work done and they’re certainly both time- and money-saving.

Will the cruise ship industry recover? If ever there were an example of the most efficacious petri dish for disease, it would be shutting folks up in vessels on the water for weeks on end. And could we have any better example of how connected we all are than this past year of passing around tiny ever-mutating viruses? Even in our own country, there are still people who do not want the covid vaccine (I just met a really congenial anti-vaxxer this past weekend) — somehow they’re still unclear on the fact that we’re all in this together, that even one unvaccinated person can harbor a mutating virus that can be passed on to others; that we’re all breathing the same air. And, oh by the way, that mom was right: wash your hands.

In case we do need another lesson about how globally connected we are, there’s always that freighter “Ever Given” stuck in the Suez canal like a cork blocking up 12% of the world’s products from reaching their assigned destinations.

In our little tempest-in-a-teapot saga, here’s the latest: the Port of Peninsula has stepped back from advocating to host the Nahcotta post office. Some felt that they were acting as the 500-pound gorilla in the room and forcing out the possibility of simply reinstating the PO in its original digs. As stated in an email I received last week from Port of Peninsula Board Chairman Phil Martin: “Considering the good news that USPS plans to open bidding to resume permanent Contract Post Office Nahcotta operations, the Port of Peninsula believes the fastest way to resume Nahcotta Post Office community operations is achieved through the prior contractor and the USPS quickly reaching satisfactory agreement. It was never our intent for the Port to host the post office if a qualified private business could reach agreement with USPS. We only became involved in an effort to resume Post Office operations for Nahcotta after USPS closed the Nahcotta Post Office.”

“If the prior contractor is prepared to re-hire both previous employees at a legal wage and immediately submits a bid within USPS guidelines, then the Port would not bid and views that option as the fastest route to permanently restore the Nahcotta Post Office. Our community, our Congressional Delegation and our local elected leaders have vocalized their support for the resumption of this post office and will not tolerate further delays in this process. The Port of Peninsula strongly urges both sides to quickly reach agreement to re-open Nahcotta Contract Post Office as soon as possible.”

Those of us saddened about losing out little piece of history and grumpy about having to go to the Ocean Park Post office (and negotiate that impossible parking lot) wait with bated breath for further developments.

Last week when I opened my computer (my lifeline to the world outside the bubble), I was shocked to find the red charging light blinking and no MacBook charger where I usually keep it. I realized that despite several reconnaissance trips around sister Starla’s house, I had left my charger in Yakima, at least three days away via FedEx.

There commenced a frantic Peninsula scavenger hunt to find a way to get energy back into my device. Anyone who knows the tech industry knows that “they” are constantly changing things on us so we have to upgrade and/or purchase new thingamabobs in order to stay current in the tech lane. I immediately began calling/texting friends and making spur of the moment visits around town only to discover that no one within range had the correct charger. I despaired that I’d have to make a turn-around trip to Portland — all compute shops in Olympia, Longview, and Vancouver were closed over the weekend.

I visited Mac-heads Nanci Main working in her garden, Steve Kovach under his deck installing lattice, Keith and Keleigh Schwartz, the nice folks at the Long Beach Battery and Computer Repair Store, and even made a desperate call to Chinook Observer publisher and editor Matt Winters for help. Nancy Allen suggested (so akamai this girl!) that I contact “local hotels — people often forget their chargers in their rooms and they might have a collection.” And finally I got a tip that the Warrenton Staples might have one. Yes! After a quick trip over the river and through the woods and back, charger in hand, I was rolling in clover (just to mix a few metaphors for good measure). But it took a village.