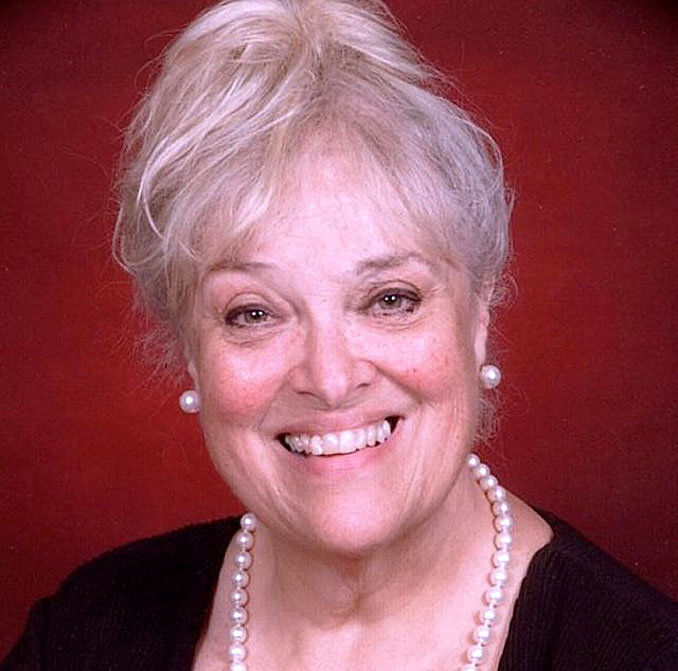 Kris Jones, a fifth-generation descendant of the Peninsula's Williams family, has returned home after a career in opera. 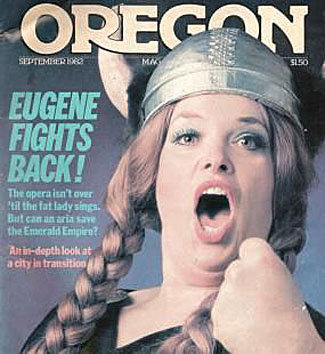 Kris Jones graces the cover of Oregon Magazine as Waltraute, one of the Valkyries, Odin's maiden warriors in Richard Wagner's “The Ring of the Nibelungen. “

Kris Jones, a fifth-generation descendant of the Peninsula's Williams family, has returned home after a career in opera.

Kris Jones graces the cover of Oregon Magazine as Waltraute, one of the Valkyries, Odin's maiden warriors in Richard Wagner's “The Ring of the Nibelungen. “

The Peninsula is one of those places that gets under your skin. Even for those of us who cannot count ourselves as progeny of the original pioneer families, once we find the Peninsula we never give it up.

I wandered back when itchy feet set in after a decade on the Big Island, a couple years in Europe and 23 in Berkeley. I headed north, like a migrating bird in spring, when eventually the little neurons in my head shook themselves out of a stupor and into a constellation that reminded me about my early years on the Peninsula. I homed in on Marsh’s like a monarch butterfly returning to the same branch of the same tree I loved as a kid. (How’s that for a mixing of migratory metaphors?)

In the 50s — yes, I know, that was the beginning of the known universe — my family decamped to Seaview every year from Central Washington. Our first stop after arriving was Marsh’s for big rainbow suckers, new beach hats, or a bamboo flute. So, like many things that settle into our brains when we’re young — they say our musical preferences are established by ten years old — the beach called to me. I suppose my return was inevitable.

Returning-to-Capistrano is a theme I’m going to highlight in the next several months as I introduce or re-introduce people who’ve come home to the Peninsula. Let’s call them — rather than expatriates who are returning — re-patriates.

The first of our homing pigeons is the sweet songbird Kris Jones, retired opera singer, voice instructor, radio MC, musical director, actress, educator, and co-founder of the Nepalese non-profit Bahini Foundation, which rescues girls from prostitution. How has Kris managed to pack all this into one lifetime — easy! She’s a dynamo of energy, goodwill and talent. And she’s a fifth generation Williams’ family transplant.

As can sometimes happen in a life, two years ago Kris was walloped with losses. Her mother and her sister died within months of each other. There is nothing like getting slammed up against the wall of grief to cause you to stop and re-prioritize aspects of your life. Kris’s conclusion — “I’ve always wanted to come home. Now’s the time!”

She has deep roots on the Peninsula. “My great grandfather was L.D. Williams. He was Welsh and born in a little place in Northwest Wales called Llangranogh. He was a real rapscallion, one of the younger brothers in a coal mining family. The big brothers would go to work in the mines and put him in a pit while they were gone. So he had a life-long history of skin infections.” Well, no wonder he wanted to run away from home when he got the chance! Probably as a stowaway.

L.D. made it to Chinook where he looked up a relative, Capt. Rees Williams, and, eventually, he married Eliza Whealdon, daughter of Peninsula pioneer luminary Isaac Whealdon.

Kris is named for Berntza Kristina Olsen, her grandmother who was born on a Norwegian sailing vessel. Berntza met up with D. Walter Williams (the elder of L.D.’s sons) and they and other William’s lived on Williams’ Hill in Ilwaco. D. Walter and Berntza were, among other things, a performance duo, piano and voice. Kris’ father, Keith Jones, was a public servant all his life, first as a policeman, an FBI agent and then assistant mayor in Portland. So, as you can see, these Williams are a dynamic tribe.

Like many musicians, Kris’s musical life started early. “I can remember lying under my mother’s grand piano as she practiced. And I was on stage at four years old.” Kris’s approach to music is grounded in sound and the body. As she says, “The human body is a beautiful musical instrument. We live inside it, so we are only vaguely aware of its potential for sound-making. Yet it’s the first thing we employ as a human being — on entering this world, we take a deep breath and YELL, opening the door to a lifelong relationship with sound!”

“Whether we are aware of sound or music in our lives is a different matter,” she continues. “If our parents are musical and we’re exposed to music in our early years, we are truly blessed.” Kris had this gift delivered to her. Her home was one of music, culture and learning.

Art runs in the family. Brother Bruce Jones, now retired from the corporate world, visited the Peninsula a couple weeks ago with wife Sharon and showed us several beautiful pen and ink drawings of coastal scenes. (I was privileged to be sitting at the dinner table while Bruce and Kris lobbed family stories about the good ole’ days back and forth across a spread of bean tacos and veggie salads.)

Kris’s mother told stories of visiting with Joe Knowles; she remembered bar-b-ques at his lean-to on the beach during the 1930’s. (Joe painted the Venice-like tableau on the upper walls of the Liberty Theatre; he was a raconteur and famous for his naked-survivor-in-the-Maine-woods tale, probably a con. See more at olyblog.net/joe-knowles). So Kris comes by her career as an opera singer and storyteller honestly. Not only can she tell a good joke, a rare talent, and weave engrossing tales, she can act them out if you want or, even better, deliver the goods in an aria.

Though Kris always had music in her life, she came to her own potential late, at least for an opera singer. After leaving a marriage and jobs unrelated to music, Kris found that a series of enchanted events put her in the right place at the right time for an audition with Gibner King, the pianist and vocal coach who accompanied the great Ezio Pinza (made famous by his role in South Pacific). Kris had the opportunity to sing for King in Portland. He was astonished by her raw talent. She remembers he said, “Who are you and where do you come from? Your life as you know it is over — you are one of the six best mezzos I’ve heard and I need to talk to your parents!”

Sure enough, King canceled his appointments and they spent the rest of the day strategizing. “Although I knew my way around a stage, I didn’t know one darn thing about singing correctly. I was 32 — late to start voice.” King eventually moved back to Portland and Kris, a mezzo contralto, began studying with him.

“People really helped me, and within a couple years I was singing professionally.” Now Kris is helping others find their voices. (See her website: kristinajonesvoice.com/Welcome.html) She teaches voice and meditation in her home in the old Bay Avenue Gallery building in Ocean Park; and she’s looking forward to continuing the family tradition of other rascally adventures on the Peninsula. If you see her at Jack’s, welcome her home.