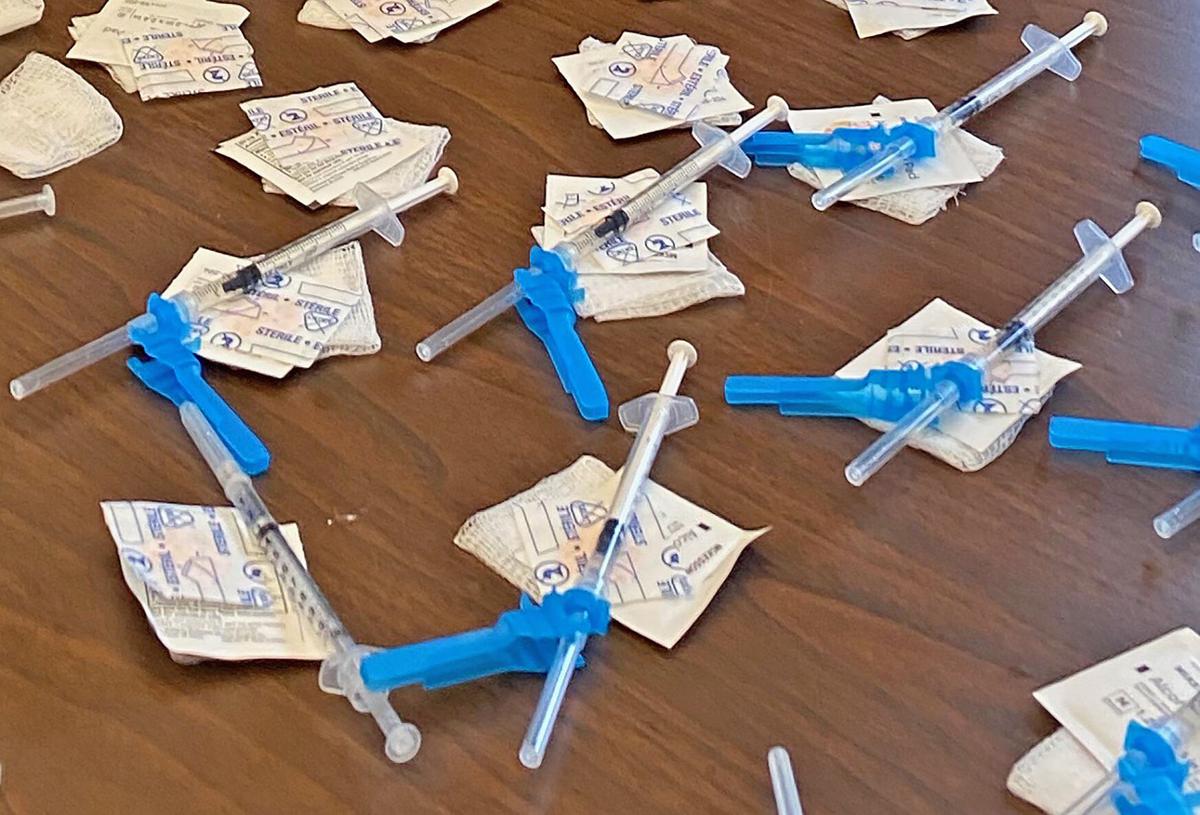 The coronavirus vaccination: Have you gotten yours yet? 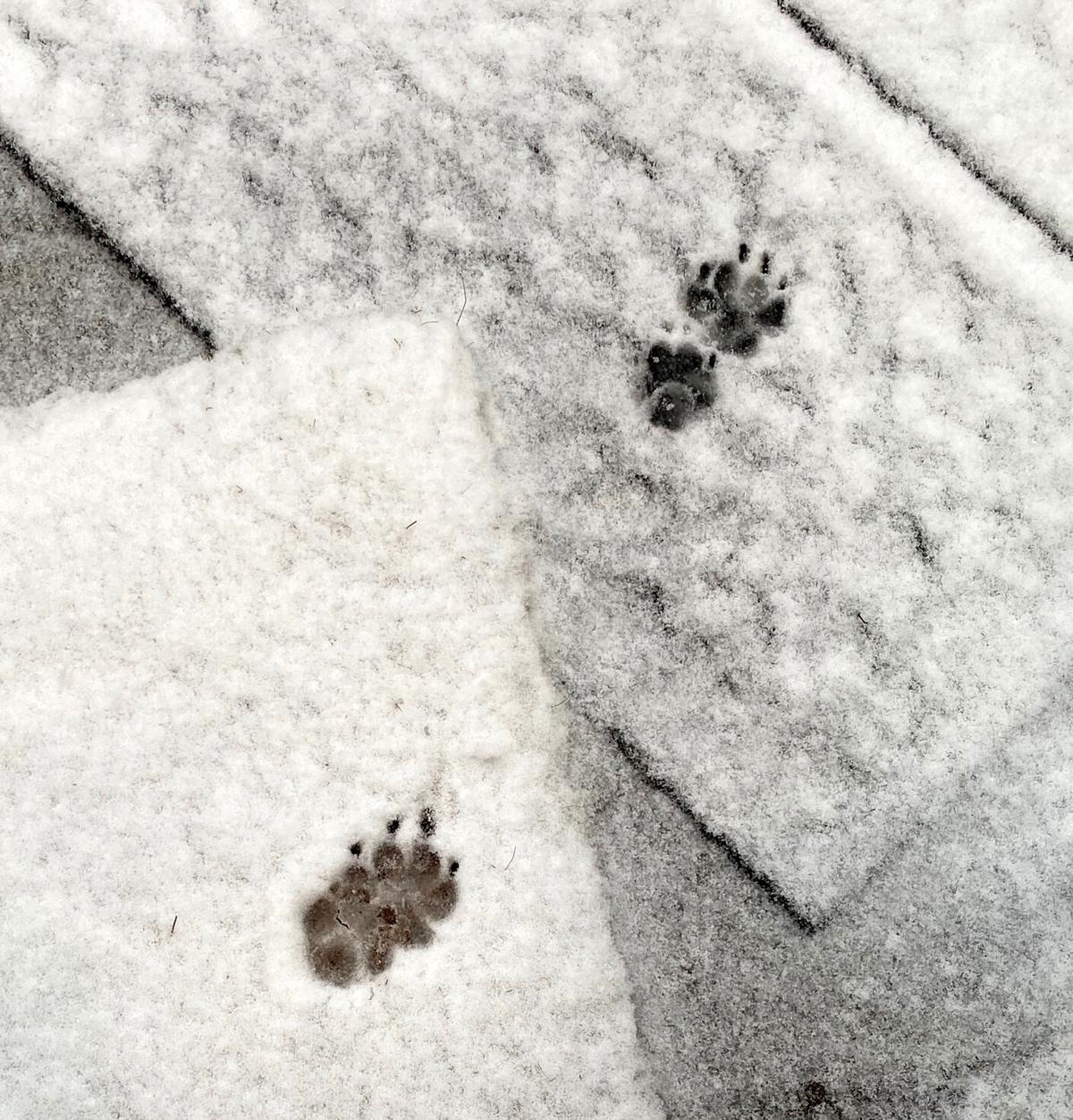 Paw prints decorate the porch on a snowy day at the beach. 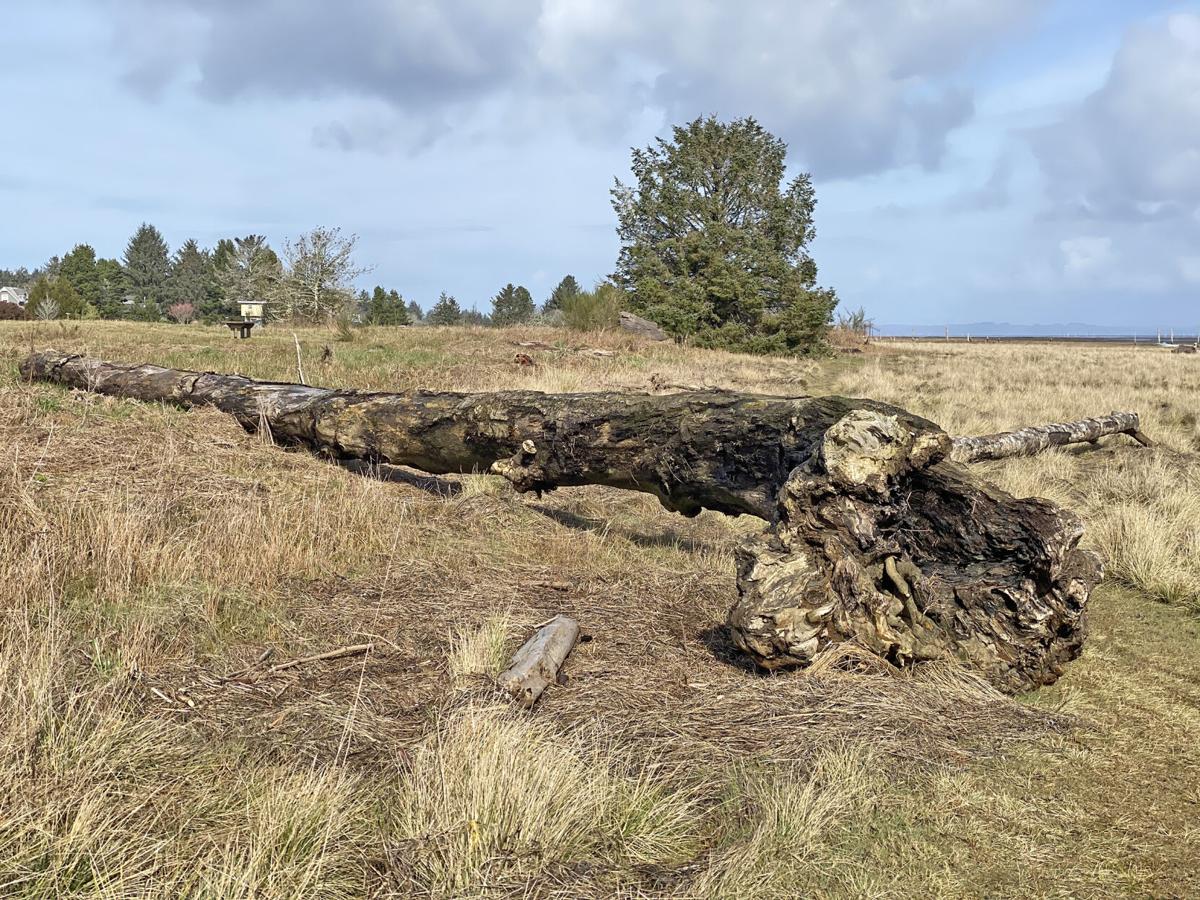 The enormous log that washed onto the Oysterville tidelands will be a reminder all summer of our winter king tides.

The coronavirus vaccination: Have you gotten yours yet?

Paw prints decorate the porch on a snowy day at the beach.

The enormous log that washed onto the Oysterville tidelands will be a reminder all summer of our winter king tides.

If winter comes, can spring be far behind?

Yes, we did have a couple cold nights. (I rigged up a tarp covering a few sensitive plants and put a trouble light under it.) We did get a little dusting of snow, enough to leave a few doggie footprints on the porch. And maybe a couple spruce branches did crash on the gate to my lower yard, but no one was under them.

Other than that — and a whole “heckuvalot” of rain — we seem to be making our way through winter without any major storms this year. We’re marching into spring, into nature’s undeniable cycle of renewal. Perhaps we humans too will feel we’re turning the corner into better times as the vaccine spreads through our ranks.

That second dose is a whopper

I got my final dose of Moderna last week. I thought I was ready for the push-back, but then I woke in the middle of the night 12 hours later all achy-shaky with a temp of 100-plus. (Normal temps these days are in the 97.4 range). Wow. Did I ever feel like I’d been “hit by a truck.” I was moaning, creaky, cranky and horizontal all day. But after doing a little reading about it, I understand that having a strong reaction means that one’s immune system is robust, so I should be thankful. (Younger folks tend to have a more dramatic reaction than us oldies because their immune systems are in better shape.)

A friend came by to make me that best-of-all-possible meals for sickies: fluffy scrambled eggs with cheese. She even brought cheery red camellias and the first of her yellow daffs just popping up in the garden. Later in the day another friend delivered apple crisp hot out of the oven. So I felt taken care of even in my lumpen shape. I just hope all of you have a similar network of friends and neighbors helping to get you through the hard times.

There are 525,600 minutes in a year. That’s nearly one covid-19 death every minute for an entire year. It’s staggering. I’m so thankful our county has, so far, weathered the worst of this storm.

Now I’m waiting for the rest of my pod-mates to get their second doses. We’re halfway there. And then what? Will we go to a barn dance? Fly to Cancun? Hardly. Though I hear from dear neighbors up north that a certain Friday evening salon might start up again in a couple weeks. The idea of actually sitting with non-pod friends and talking by the fire seems like a scene from “the olden days.”

And while we’re on the topic, let us not forget the half-million Americans mowed down by the virus, the most of any nation in the world. It’s a number too big for the human brain to grok. But think of it this way: there are 525,600 minutes in a year. That’s nearly one covid-19 death every minute for an entire year. It’s staggering. I’m so thankful our county has, so far, weathered the worst of this storm.

In the “Words Matter” department, a couple items came to my attention this week. One is the Biden administration’s change in the way we talk about immigrants at our borders. Because we can all become immune to denigrating language — in fact that’s how the repetition of it works — I hadn’t thought much about the term “illegal alien.” But do think about it for a moment. First “illegal” — from the get-go that labels someone, or whole families of someones, as out of order, beyond the pail, not worthy of attention. Then add “alien” — as if to say from another planet, not even human. Put those two words together and you have a dehumanizing and efficient method of disregarding boatloads of people (often literally). Talk about cancel culture.

That “alien” terminology is found within U.S. code and has been referenced in the immigration system and court rulings. Recently, though, after advocacy efforts, this wording has been deleted from the California Labor Code and the Library of Congress. Biden has ruled that these folks — escaping their debilitating and lethal home regions and hoping against hope to be eligible for their own versions of the American Dream — will be called “noncitizens,” “undocumented noncitizens,” or “undocumented individuals.” Also, people applying for benefits like a green card will be called “customers.” Basic human respect on view here. As a poet I revel in the fact that a change in wording can be so revolutionary; words carry their values with them.

Rush Limbaugh died last week. As you might imagine, I have zero kind words for him, though I can empathize with family members who may miss him. He filled our airways with vitriol, lies and poisonous sound-bites. He was vile, mean, disrespectful and dangerous. And unfortunately, he catalyzed a wave of wannabes.

Limbaugh used his mouthpiece to threaten smart, ambitious and politically involved women. “Feminazis” was one of his creations; or how about this zinger, “Feminism was established so as to allow unattractive women easier access to the mainstream of society.” Continually insulting Hillary Clinton wasn’t enough either; in 1993 he said, “Socks is the White House cat. But did you know there is also a White House dog?” Then he showed a photograph of Chelsea, 13 years old at the time. The damage he caused to our country will be felt for decades.

Then there’s Sen. Ron Johnson (R-Wis.) who declared that the assault on the Capitol “didn’t seem like an armed insurrection to me.” Where was he while we all watched Capitol police getting bloodied, crushed in doorways, bludgeoned, losing fingers, eyes and their lives? (Oh yeah, he was there!)

I know our strident adherence to robust free speech gives everyone and anyone who wants it a megaphone, but it’s up to American citizens to sort out the truth from the evil bombast. When evil has a megaphone, it begets evil.

A couple days ago, a friend wrote about his son stuck in Texas where “it’s been seven degrees the last two mornings. He has no heat, no hot water, and no electricity, which will likely last for many days. Roads are semi-passable. And more freezing rain, sleet, and snow are predicted for the next two days. It’s usually 65 to 70 at this time of year.”

Texas decided to go it alone on their energy grid — partly to duck national energy regulations and costs that ensure grid resilience — so they had no help from other states when the going froze up. Whereas El Paso, on the upper panhandle, chose to be on a grid that included New Mexico and Montana, so they had assists from other networks and did not suffer lethal effects from the unexpected freeze. Is there any better example of the benefits of network redundancy, of creating resiliency, of that old idea “one for all and all for one.”

These are concepts we on our Peninsula know well. When the Big Gale of 2007-08 hit, it was neighbor helping neighbor that made the difference. Let’s pat ourselves on the back for understanding how important it is to be connected. Let’s continue to act on that in every way we can. Let’s savor our community and friends bearing food.