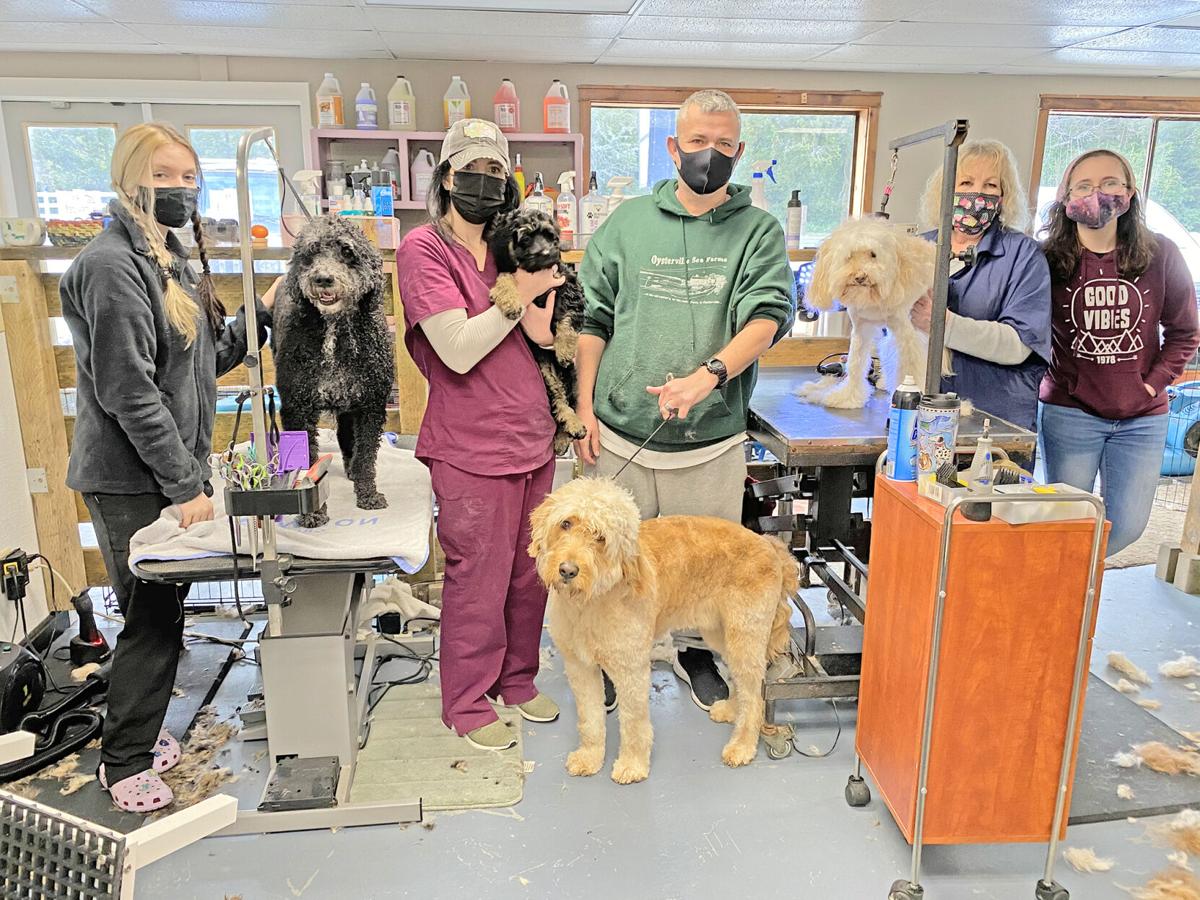 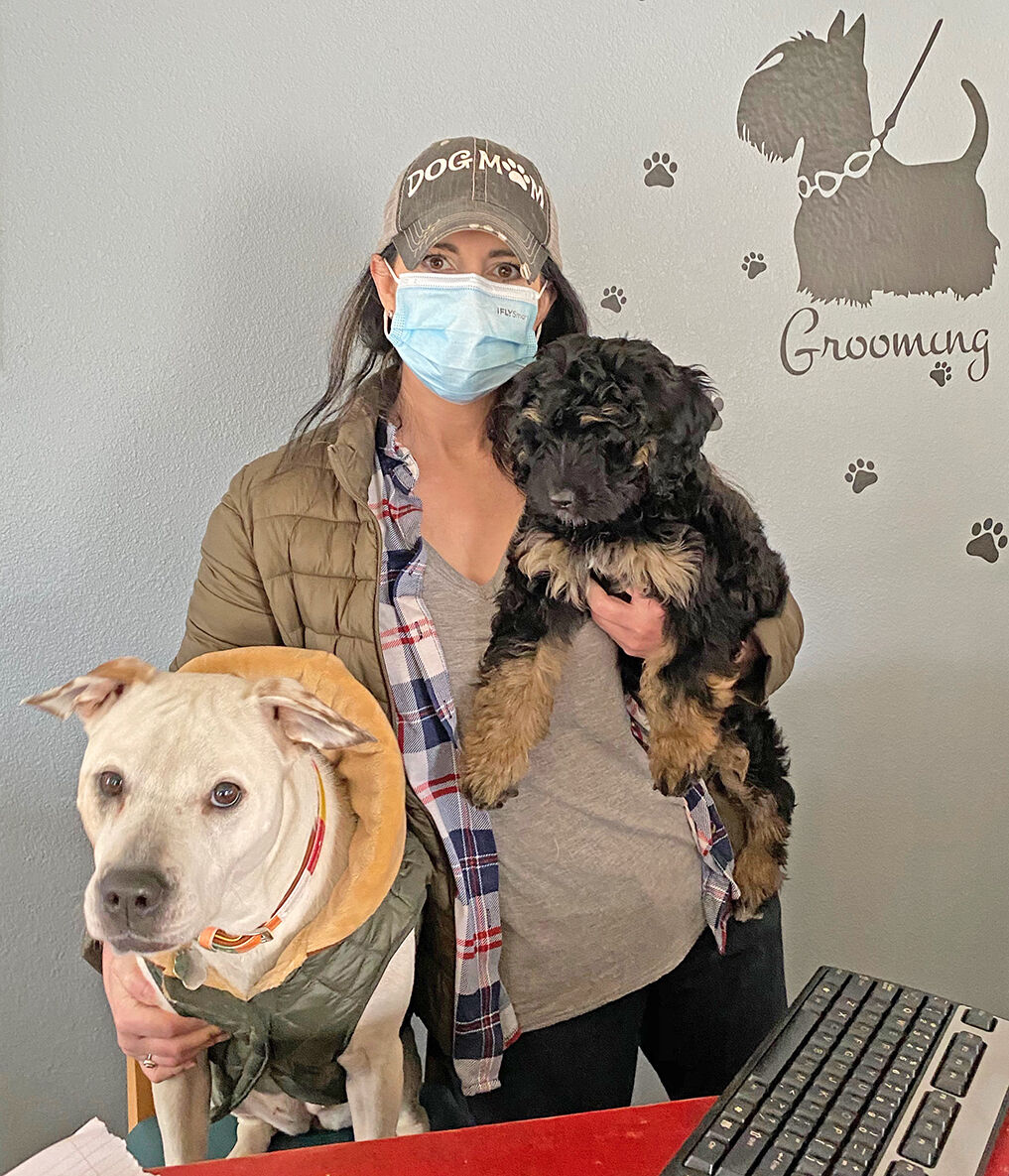 Finally my stove clock, my car clock, and my digital radio clock are all back in the same time zones as the rest of the U.S. I never fell back last year and Jackson didn’t either. It’s hard to explain to a little hungry Doxie that dinner has been pushed back an hour. We had to creep up on it in 10-minute increments. And I never did change the clocks, except the one on my wrist. But now we’re back in tune.

However, I think it’s time to steady our clocks like the sensible people of Puerto Rico, Hawaii, American Samoa, the U.S.Virgin Islands, and most of Arizona. Enough of this springing and falling stuff. Let’s just follow the time of the Royal Conservatory in Greenwich London (CMT) or the people who calculate the Coordinated Universal Time (UTC) — or any steady state system — and call it good. (Do keep in mind that our Washingtonian lawmakers did approve making Daylight Savings Time permanent in 2019, but we need Congressional approval. So much for state’s rights.)

Even so, we must admit that time is strangely variable. Sometimes it rushes by in moments we’d love to hang on to; sometimes it plods along at times we’d just as soon leave behind. Which is, as I recall, more or less what Einstein proved and something every mother with a crying baby on an airplane knows.

Well, whatever time we think it is, spring is definitely arriving on time: crocuses are out, our beautiful Bay Avenue array of daffs are golden, skunk cabbage is appearing from the wetlands, and the plums are blooming — right on schedule. Human time is irrelevant to Mother Nature.

News flash: it appears that folks at the USPS may be reconsidering their decision to close the Nahcotta Post Office! An email notice came out late Sunday that opens a “bidding process” to reinstate it. This happened at the same time that our story appeared on the front page of the Seattle Times (see https://tinyurl.com/enuw7rmb). It seems we have created enough of a furor that perhaps key decision makers took notice.

As a very smart fellow pointed out to me: these days when you get folks from “both side of the aisle” supporting a project, you know you’ve got a winner. The group of Nahcotta post office supporters is broad and wide: including our Congressional Representative Jaime Herrera Beutler; social media maven Nansen Malin; County Commission Chair Lisa Olsen: Village Club founder Bonnie Cosby; Commissioner Frank Wolfe; long-time-family-roots-in-Nahcotta booster Kathleen Davies; and Port Manager Jay Personius and Commission Chair Phil Martin — to name just a few.

The most critical consideration now is this: location, location, location. The 132-year-old PO has been housed in what once was the J.A. Morehouse General Merchandise Company for its entire history. But some further developments might argue for a change. As we’ve heard there are rumblings that the Port of Peninsula (POP) would be willing to host the Post Office. And, in fact, POP may be in line for some substantial infrastructure monies that could catalyze enhancements that would make it more central to the community of Nahcotta. Might it not make more sense to take this opportunity to move the post office to a location that brings it back inline with its historical roots?

Nahcotta was a transportation hub because the best navigable channel passes closest to the shore just at that point. While the buildings that made up the old “downtown Nahcotta” — hotels, livery, loading dock, smithy, train depot and repair shop — have disappeared, the port function continues and POP is the biggest revenue producer on the Peninsula. Perhaps this is the best time to acknowledge that the Port is the most logical and, in fact, traditional location for this next chapter of our Little Post Office That Could. At the same time, we look forward to current post office building owner Colleen Raftis creating a café in her structure, breathing new life into our bayside neighborhood.

This is a time of change on the Peninsula. Home sales are going through the roof; we’ve got scads of new people arriving from points north and south; and there is a sense of change and transformation in the air. Maybe this is the time to both embrace our history and wrap it in some new garments. Conversations continue.

As Luke Whittaker wrote about last week in the Coast River Business Journal, Dawnya Davis has opened a Grooming Garage and Pet Emporium in Klipsan in what was the Hill Landscaping building next to Crown Alley Irish Pub (now closed). Dawnya, 43, is a woman with an amazing variety of accomplishments to her name. But one thing that has never changed is her lifetime commitment to animals. “I started working for a big animal vet in high school and would always go out on vet calls. I also rode horses competitively.”

“Eventually for my education in St. Louis, Missouri I went to a small animal vet school. I thought I would hate it initially because I’d always been drawn to the big animals, but I loved it. I became the lead tech in a vet clinic there. Then I moved to Key West, Florida and worked for a dermatological clinic for canines and felines. I was also moonlighting for the mounted police. Then my dad called me back to Camas when he was diagnosed with brain cancer — so I took care of him for 18 months. That was an honor. During that time I apprenticed with a woman and learned how to groom dogs, especially scissor-work for dog shows.”

“My mom has always done AKC obedience training — she lives part time here and part time outside of Vancouver — so I have experience in dog obedience training too. It just all came together in the Grooming Garage. And since my grandparents had a place in Seaview, the Peninsula was a major part of my childhood. Some of my best fond memories are here. So I’m glad to be back.”

Before beginning her canine grooming career, Dawnya made quite a name for herself as a gamer. Known online as “Pickles,” she used to sneak into her brother’s bedroom to play Tomb Raider, and eventually became famous worldwide as a consultant and ambassador for the global Clash of Clans community, a strategy game produced by Finland-based Supercell. (More info on Dawnya’s gamer career here: tinyurl.com/y5d35pxe and for a documentary including superstar Dawnya: https://www.youtube.com/watch?v=dera7Gj8sDQ)

But she came back to her love of animals because, as she says, “One of the things that really bothered me was the number of people choosing to put dogs down when they really didn’t have to. I would be on compassion overload — I used to cry at night about it. We live in such a throw away society. I wanted to be doing something that would actually make a difference. What I’m doing now feels so rewarding. I’m doing a lot of ‘last grooms’ before a dog is going to be put to sleep. Free of charge when I can. I work really gently as best I can — I don’t want a dog to smell of death.”

Dawnya and her crew are providing grooming, day care, nail trims, medical soak (for skin problems), and boarding. Later this year, they’ll be offering obedience and agility training, and perhaps add some workshops for youth who are interested in showing dogs. There’s a quarter of an acre of land behind the building that will be developed as a doggie playground and put to other good uses.

One thing Dawnya and her daughter Violet Boulton (who helps at the front desk) emphasize is that before you bring in your pet you need to show current vaccination records. “This is so important for canine health. And we sterilize all our grooming equipment between dogs. It seems like this is a new idea for some folks.”

As the Peninsula wakes up from winter and welcomes a batch of new homebuyers, it’s exciting to see what other local entrepreneurs might create. There is clearly a need for expanded services on the Peninsula’s north end: maybe a bakery, a few more quality restaurants, a clothing store, newsstand (please! someone figure out how to provide us with the New York Times and other great reads), and what else…?

As Dawnya says, “I’ve been really surprised — we thought we’d start slow, but we’ve been slammed right out of the gate. So I guess our services are needed.” I’d say that’s an understatement. Jackson has already had his nails trimmed, and he gave Dawnya a five-star rating. Now it’s time to smell the flowers.