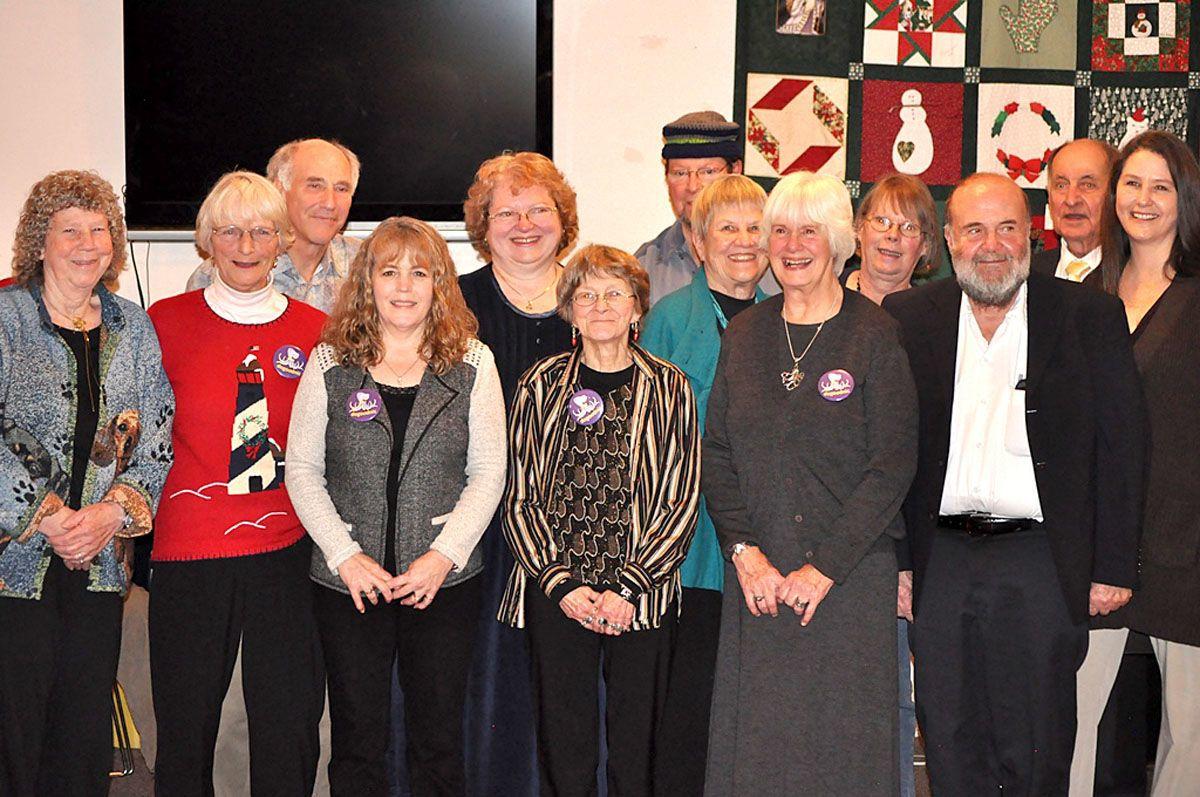 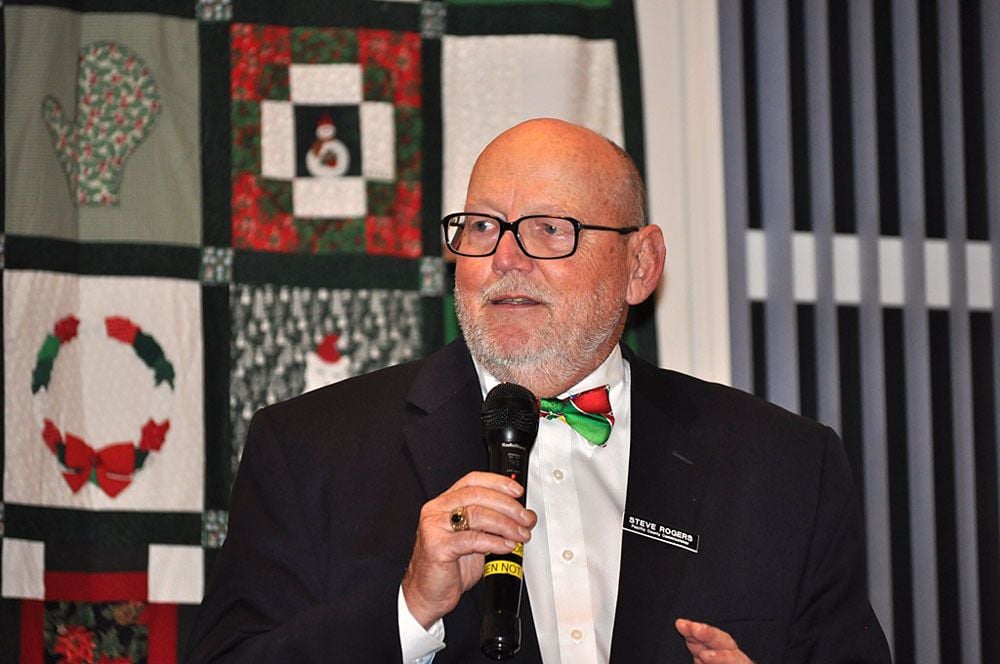 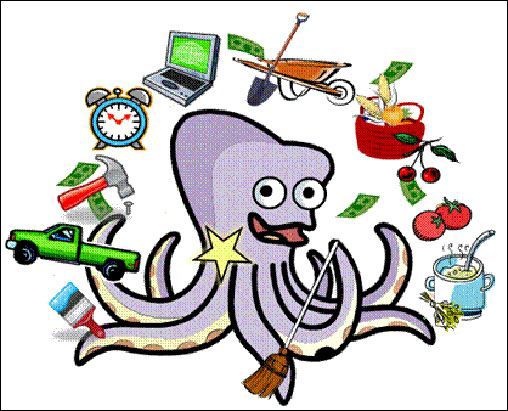 A cartoon octopus named Dewey serves as the logo for DoGoodnics.

A cartoon octopus named Dewey serves as the logo for DoGoodnics.

At Thanksgiving we were thankful, of course, for friends, health, delicious food, even the weather. But I wonder how many of us thought about the amazing fabric of our community? And by that I mean all the people who keep our Peninsula humane, responsive and running smoothly.

Last Saturday evening there was a gathering of exactly the folks I’m talking about. Sixty Peninsula volunteers from over 20 non-profit organizations got together at the Peninsula Senior Center to celebrate volunteerism. The event was sponsored by inveterate volunteers Robert and Gwen Brake under the auspices of the DoGoodnics, a non-profit for non-profits that they launched in November last year with friends Kevin Hansen and Carla D’Amato Hansen. They make a wonderful team of marketing and net wizards with extraordinary people skills.

It’s well-known that a lot of the community functions in our area are carried on by volunteers. As government becomes less able or willing, either financially and ideologically, to care for the needs of its citizens, especially those in rural areas, more and more people of fewer means are relying on local goodwill for additional support. There is a broad array of non-profit organizations filling in the social service gaps on the Peninsula.

Boys and Girls Club provides many school-age kids a safe place to continuing learning and growing after school. The local no-kill animal shelter promises care for our furry friends who have been abandoned or mistreated. Local food banks kick-in their support for families who need additional nourishment that their paychecks cannot provide. Then there are the many Peninsula events that bring tourists to our shores: Doggie Olympics, Grassroots Garbage Gang, Water Music Festival, Rod Run, the summer Oysterville Vespers services — all run by volunteers who are passionate about what they do.

We’ve talked about this issue before. I don’t know if there is a way to quantify the proportion of volunteers to population in order to understand how we measure up to other areas our size; but my informal sense of things tells me that we are blessed with an unusual level of “DoGoodnics” on the Peninsula.

When someone recognizes a need, people pull together to do something about it, even informally. One neighbor a couple winters ago needed help handling her heating bills. A few calls from friends and we’d managed to bring together enough resources to keep her house warm through the winter.

But who helps the non-profits? Do we sufficiently recognize the many people who give generously of their time to keep these service activities and events going?

Or as Gwen, Robert, Kevin and Carla starting asking themselves, “How can we organize ourselves to provide a central hub of support for other organizations that support?” The notion was the catalyst that created the DoGoodnics, a sort of meta-non-profit that supports and extends the reach of other organizations.

The first order of business was to create a website for DoGoodnics (peninsulaconnects.com). Note that there is a PeninsulaConnects group on the east coast too; so don’t get confused: they have a website and Facebook page that looks similar to the DoGoodnics. The DoGoodnics website lists workshops on marketing, social media for non-profits, events, and profiles of Peninsula organizations. (The website is still underconstruction. It offers a free page for any non-profit in our region; here’s the link to the registration form: tinyurl.com/kznv2fp

“Things don’t happen overnight,” said Robert from his home in Ocean Park. “We’ve been up and running for a year and the word is starting to get out. We just decided a couple months ago to bring some of the amazing local volunteers together to put a spotlight on the efforts going on where we live. As far as I know there has never been a gathering like this one before.”

Last Saturday’s event featured musical performances from many local legends: Barbara Poulshock spoke; Barbara Bates played the piano to accompany David Immel in performing songs from “Fiddler on the Roof”; and Pete Hanner sang a love song to all the participants.

Larkin Stentz played his flute. He has just released a CD of his mesmerizing music performed inside the Astoria Column. “We had quite an adventure recording this,” said Larkin. “We discovered that there is a hum inside the column because of tall he emergency lighting. So we had to turn the lights off. I played for one and a half hours in total darkness! I could really focus on how to move from one note to the next, how to weave the tones together.” (Contact Stentz for information on how to get a copy of his wonderful CD, “priced at an affordable $10. Once I pay for making the next batch of copies, the rest goes to support Friends of the Astoria Column,” he said.)

In line with the whole spirit of giving, the DoGoodnics would like to thank Jack’s Country Store, Okie’s Thriftway, the Peninsula Golf Course, Bill and Penny Neal and Box K for providing various aspects of the evening’s event — which, as well as music and dancing, had food and drink on hand.

Robert, the evening’s emcee, noted that “according to Jean Fisher, the former Boys and Girls Club director, Clyde alone may have saved the Boys and Girls Club over $25,000 by volunteering, as the hours he put in eliminated their need for a full-time paid position.” It was also noted that Melanie Epping and Verna Vetter, between the two of them, have devoted 25 years to the Long Beach no-kill animal shelter.

Robert capped off our conversation by noting, “We had volunteers last night on the program ranging in age from 20-something to 98. It was a pretty exquisite event.” Don’t forget that contributions made by Dec. 31 to any of our local non-profits can be deducted on your 2014 taxes.