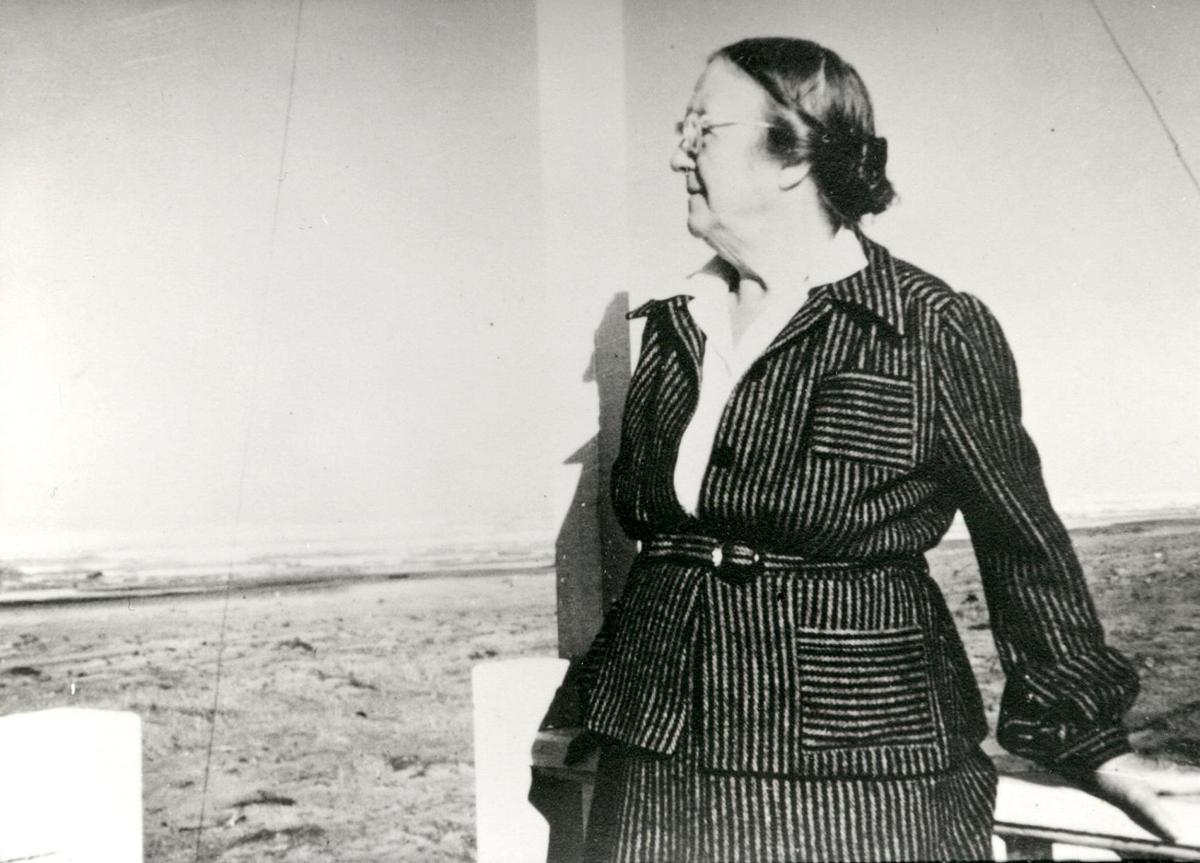 Elizabeth Lambert Wood on the widow's walk above the third story writing studio in her Long Beach home. 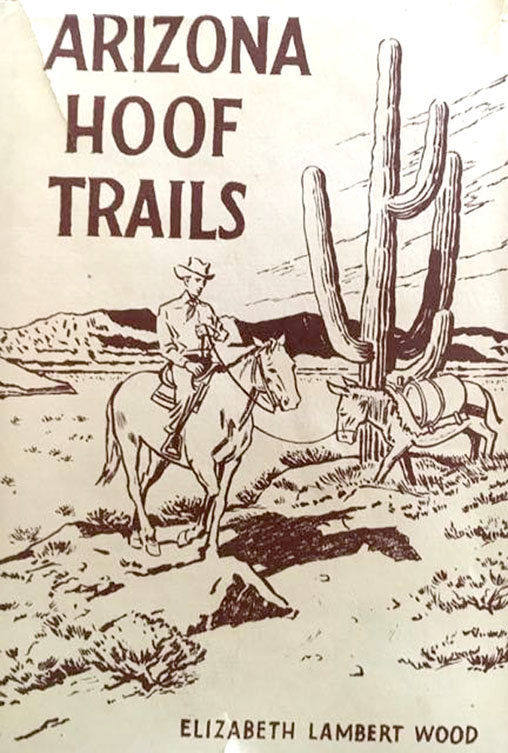 Columnist Cate Gable recounts, in a strange coincidence, that Elizabeth Lambert Wood was a prominent philanthropist both on the Long Beach Peninsula and in Oracle, Arizona. 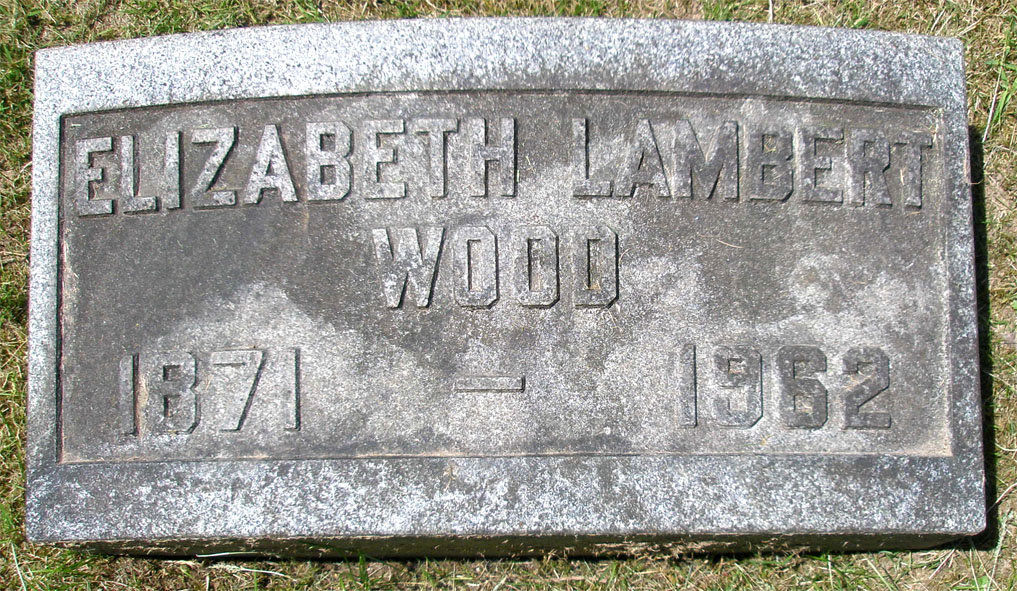 Elizabeth Wood's long life ended in 1962, but she is still fondly remembered in Pacific County.

Elizabeth Lambert Wood on the widow's walk above the third story writing studio in her Long Beach home.

Columnist Cate Gable recounts, in a strange coincidence, that Elizabeth Lambert Wood was a prominent philanthropist both on the Long Beach Peninsula and in Oracle, Arizona.

Elizabeth Wood's long life ended in 1962, but she is still fondly remembered in Pacific County.

Oracle, Arizona is a tiny town off the beaten path in copper mining country 34 miles north of Tucson. I’m here again, in my snowbird digs, looking south towards Mount Lemmon, with Two O’clock Hill behind me, sitting on the lip of the Rancho Linda Vista wash. (In southwest-speak, a “wash” is a gully or a dry river bed.) Spread out before me are agave, cholla, palo verde, brittle bush, barrel cactus and ocotillo. The lush winter rains have greened everything, providing food for an abundance of Gambel’s quail. Yesterday a road runner did indeed run by.

Three years ago I arrived in town for an afternoon visit and ended up staying two and a half months. A week into that stay, Oracle’s Arcadia Ranch Museum director and long-time resident of Rancho Linda Vista, Chuck Sternberg, handed me a book about Elizabeth Augusta “Bessie” Lambert Wood (let’s just call her Elizabeth) and her ties to both Oracle and the Peninsula.

“I think you might be the only other person who’s ever commuted back and forth from Long Beach to Oracle,” he said.

Chuck is a Renaissance man who’s got his own coincidental connections to Washington State. His father, Irwin Sternberg, was highway location engineer for the entire state in the 1950s, probably serving during the same era as our own Harry E. Morgan, Washington state highway commissioner from 1954-61. (I’d never heard of Harry, but Jim Sayce writes, “He was a Weyerhaeuser manager, owned the big house on Bay north of Morehead Park, and ran Camp Baker — a famous St. Helens logging camp. He went into the cranberry business with my mom’s stepdad, Joe Rowe, in about ‘45. Dad bought a ‘56 Ford station wagon from him, in 1961 I think. He summered at the beach as I recall.)

Proving once again that we need only lift the surface veil of our lives to find eerie, small world connections.

At any rate, Chuck wandered into my guest house a couple days ago with another of Elizabeth’s book — “Arizona Hoof Trails” — published by Binfords & Mort, Portland, Oregon (1956).

Elizabeth — born into a prominent Portland family in 1974, the ninth child of Joseph and Clementine Lambert — was a writer first for Portland’s Pacific Monthly and then an author of adventure books for boys. But in this autobiography, Elizabeth writes about how she and her husband William L. Wood, a Portland doctor, came to Oracle. It all started when Wood was diagnosed with tuberculosis and needed sanctuary in a drier climate.

“We got off the train in Albuquerque that October morning in 1901,” she writes, “facing a strange world that included the devastating knowledge that my young doctor husband was here to get well of tuberculosis. Beside that, we had left our two young children in Portland, Oregon. It was amazing how soon our depression changed to optimism.”

Albuquerque, though, was too cold. “I left a good practice in St. Louis to escape its cold winters. Why face zero weather here again?” said the doctor. So he went ahead to Tucson and soon wrote back to Elizabeth, “Some quail hunters just came in from a small place in the mountains north of here called Oracle. I’ve decided we’ll try it.” Elizabeth began packing.

After the Wood’s rendezvous in Tucson, Elizabeth made arrangements for another stage and horses to take them on to Oracle — it was a six-hour ride (now a 40-minute drive). They crossed the dry Rillito River, then made a descent into “the lower Canada del Oro” (now Oro Valley). At a stage stop at Marin Hill, they changed horses, then tackled the steep ascent out of Oro Valley onto a ridge of oaks in the foothills of the Santa Catalina’s to the “handsome Rancho Linda Vista (RLV) owned by George S. Wilson, a pioneer rancher who came to Oracle in 1905.”

In those early days RLV was a cattle ranch of 100,000 acres; later it became a dude ranch for Hollywood stars — Rita Hayworth, George Sanders, Gary Cooper, and Andy Warhol all visited. In 1967 its remaining 80 acres was sold to an affiliation of artists from the University of Arizona who moved in many of their friends. (Chuck is one of the original residents.) Now, here I sit, looking over the same landscape that captured Elizabeth’s heart so many years ago.

When the doctor died in 1923, Elizabeth continued to travel between Arizona and the Northwest. In both places she was a generous philanthropist and community booster.

If you take away the climate from our two rural towns, the similarities surface. Oracle and Long Beach are both areas with a foundation in native culture. In Oracle, Elizabeth describes, “heavy-set Papago Indian women bearing huge carrier baskets on their backs filled with pottery and smaller baskets. Many of the men wore low-crowned wide-brimmed hats, chaps, boots, and sateen shirts. The shops displayed gay serapes, saddles, bags, chaps, bridles and many kinds of food of the sort tasty to all Mexicans and Indian tongues.”

And imagine her delight, especially as a writer, attending to the details of the cultures around her, whether they were “the jar of shell, seaweed, smoke wood” of our North Coast or the equine accouterments of the desert.

In Oracle she donated land at Pepper Sauce Canyon which became the Arizona Boys Ranch Camp; on the Peninsula, her land gift became the Lone Fir Cemetery. She donated construction costs for the original Presbyterian Church in Long Beach. She was also known for her homemade cookies.

The Wood’s home was in “Tioga” — the initial name of the area and the railroad stop just north of Long Beach and south of the Breakers. Candy and Frank Glenn III purchased their prominent home in 1972. Erin and Frank IV were raised there. In Sydney Stevens’ “Ghost Stories,” Erin says, “There’s always been an air of magic about the house.” Candy once said she “very clearly” heard typing coming from the upstairs room where Elizabeth wrote. “I knew no one was up there but I went up anyway. Mrs. Wood’s typewriter was there on the desk. Silent.”

Elizabeth’s good works — her love of children, land donations, her books — are a legacy that benefits so many. She is buried in the River View Cemetery in Portland (Sec. 13, Lot 16, Grave 2), but I like to think of her as continuing her travels, snow-birding in the desert and summering on the Peninsula at her home in the dunes.

I’m indebted to Sydney Stevens and Jim Sayce, two of our remarkable local historians, for help with Elizabeth’s story. For more information, see Sydney’s book on “Legendary Locals,” or “Ghost Stories of the Long Beach Peninsula,” available at our local bookstores and online.