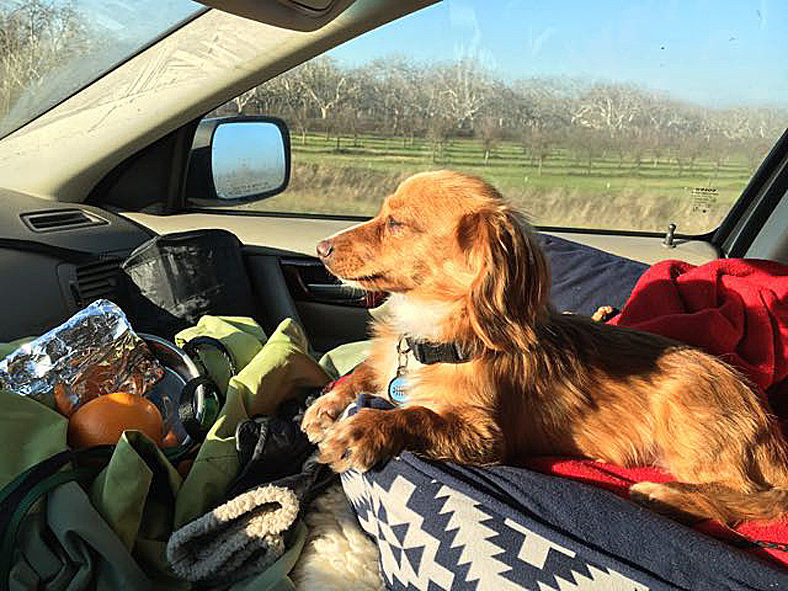 The author's road trip required the help of a co-pilot, as seen on duty here. 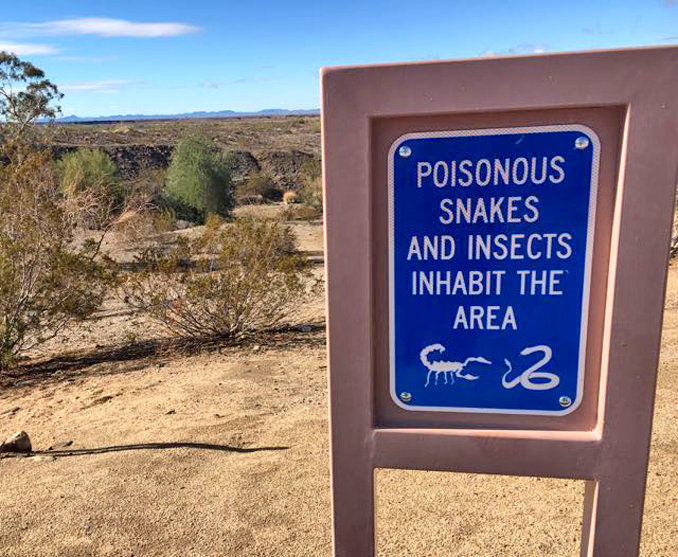 Even the desert, though sunny and warm, has its downsides.

The author's road trip required the help of a co-pilot, as seen on duty here.

Even the desert, though sunny and warm, has its downsides.

When I first arrived on the Peninsula I admit I scoffed at the idea of heading south for the winter. I mean it’s OK for the birds, but why do we human mammalians need to disrupt ourselves just when we ought to be hibernating?

Well, nigh on 12 years later, I’ve changed my tune. Our mostly cold, wet, and dark winters do get to you after awhile. So, for the last three rainy seasons, I’ve headed to the Arizona desert for a little time with the cactus. Yes, I suppose I’m one of those seasonally affective disordered people. (There might be a few other areas of disorder in my life but enough about me already.)

Anyway, now I understand. Sometimes you need a change of scenery, a change in the weather… well, isn’t change just in the air. The zeitgeist of 2016 is change, no?

The day after Christmas I packed (I use that term loosely) the car, gathered up my new pup and various dog accoutrements, opened my GPS software and started punching in destinations, a route, and possible overnights with friends scattered about.

I set off on a rainy morning with coffee at hand, a bag full of audio books from our marvelous Ocean Park Timberland Library, and snacks at the ready in an old-fashioned metal lunch box. Somehow I felt like a cartoon character of myself or at any rate someone in disguise. I was wearing black leather tennis shoes, rolled up jeans, a baseball cap, and a nondescript oversize men’s shirt. (This road trip was decidedly “dress-down.”)

Road trips become a kind of meditation, similar to a walking meditation, only faster! Driving can be somewhat automatic — especially on long straight desert roads — leaving the mind to wander; and if you leave little windows and doorways ajar, new ideas can blow in.

On and off I listened to a wonderful reading of Darwin’s “Voyage of the Beagle” (more on that in a moment). But more often, I just drove in silence and let the miles fly by. This began to feel a little like time travel. You begin to see how the land changes in small increments; how ecological systems begin and end. How traveling from the coast of Oregon to inland California, the magnificent coastal redwoods slowly but surely change into open grassy plains of oak trees; then fields of walnuts, almonds and pecans; then olives.

The first scrubby sage gives way finally to saguaro and the ground cover disappears in favor of coarse sand and rocky protuberances.

This collapsed time sense was further aggravated by “The Voyage of the Beagle” audio book. Darwin is an excellent and evocative writer and on this tape his words are brought to life. I didn’t think about it when I selected this particular book, but it was eminently appropriate. I’m traveling through space and time, ecological systems and cultures, meeting people along the way — and so, of course, is Darwin, just a couple centuries earlier. (The HMS Beagle set sail on Dec. 27, 1831 and returned on Oct. 2, 1836.)

Darwin is a consummate scientist — a genius, really — weaving geology, geography, biology, paleontology, even sociology into his notes about the voyage. The breadth and depth of his knowledge would be unimaginable today. The section on the Galapagos and his puzzlement on both the similarities and the differences between the finches, tortoises and plants is fascinating; we hear his thought process as he conceives of evolution.

The other aspect of the book which was startling and gave me the sense of a compression of time was his description of the volumes of animal and plant life in the places he visited. We have so decimated the earth is such a relatively short time.

In just one example he describes the vast flotillas of seaweed (from Chapter XI): “On shaking the great entangled roots, a pile of small fish, shells, cuttle-fish, crabs of all orders, sea-eggs, star-fish, beautiful Holuthuriæ, Planariæ, and crawling nereidous animals of a multitude of forms, all fall out together. I can only compare these great aquatic forests of the southern hemisphere with the terrestrial ones in the intertropical regions. Yet if in any country a forest was destroyed, I do not believe nearly so many species of animals would perish as would here, from the destruction of the kelp.”

Yet we know now we are plundering the riches of the sea. We’re experiencing the end of this fisheries era in our lifetimes, right where we live. (Next week I report on a conversation I had with Hobe Kytr, executive director of Salmon for All.)

Often I turned off the CD to think about Darwin’s words, or just to luxuriate in the world passing by my windshield. Then — who knows why or how the mind really works — there was something about a certain curve of highway running along a stretch of coastal Oregon that brought my father to mind. He’s been dead since 1980; he fell in the street in the aftermath of the Mount St. Helen’s blow and ash fall. I miss him. He was a fisherman and a good one, so I suppose this river scene reminded me of the “good ole days” when the family would be tucked in bed in our cabin beside the Naches River. Dad would rise early and be back with six or seven trout, fresh caught, ready to be floured and tossed in a hot skillet of oil for breakfast.

Maybe Darwin put me in a melancholy mood. But that little memory stab about dad, that ache of remembering, felt so fresh. What would he be like now if he were alive? What would he look like? How would he feel about the world? Would we argue about politics?

The road, spiraling out ahead of me, twisted and turned on itself, like time; but a time all scrambled up so that moments long distant — even from Darwin’s century — were right next to present moments, or even — could it be possible? — future moments in time.