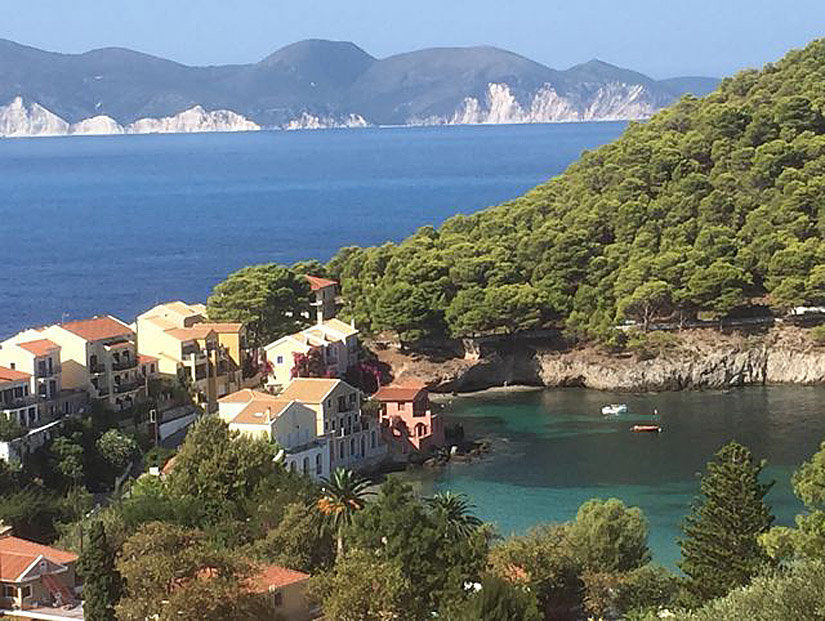 The columnist finds that the harbor town of Assos, Cephalonia, features in Homer's “Odyssey.” 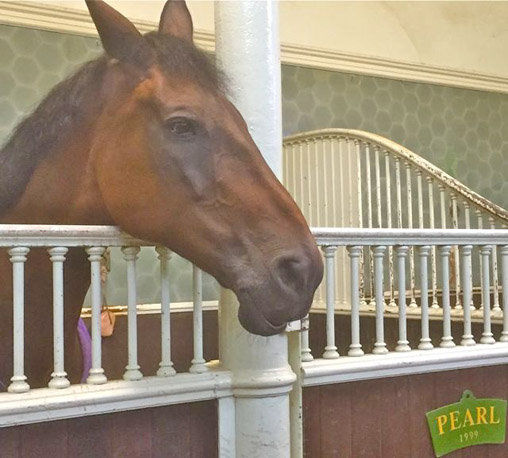 Pearl, one of the Queen's horses in the Royal Mews at Buckingham Palace.

The columnist finds that the harbor town of Assos, Cephalonia, features in Homer's “Odyssey.”

Pearl, one of the Queen's horses in the Royal Mews at Buckingham Palace.

I’ve been away from home several weeks now and coexistent with the breathtaking time I’ve had is the longing for my own bed, my own friends and even a return to my old habits. Although I also understand the profound importance of traveling, the education one gets, the mind-opening force it exerts.

Traveling, we take in so much; every moment is new: the food, cultural attitudes and values, political differences, languages and their subtleties, and the diverse splendor of this beautiful earth we share. The human mind-body is a sophisticated entity, the twists and turns of its deepest workings mostly unknown — even now as the frontiers of neurological science get pushed into new territory. Yet certain human characteristics are common.

We are thinking beings. When traveling we can’t help but compare home with here, home with there, home with where we currently are. And even when we know that being in a new spot on vacation is not the same as living there, we still think, oh this is better, this is the way to (fill in the blank) eat, relax, live. From the beginning, our vacation-view of a place is skewed.

Nevertheless, if you’ll allow, I’d like to offer some observations about where I’ve been and how it looks to me.

We split from the United Kingdom nearly three hundred years ago and it appears from this distance like it was a grand idea. The essential natures of Americans and Brits couldn’t be more different, with only a couple exceptions.

We only have to scan our languages to see the obvious evolutions that now separate us. A flashlight is a “torch,” an elevator is a “lift,” and when things are going well it’s “Tickety-boo” in Brit-speak. Then there’s the problem of that thick hockney accent, such that “the King’s English” is barely recognizable to a Yank; though I did overhear this one — “My daft brother-in-law was hit by a lorry. That threw a spanner in the works!”

Or, how ‘bout the recipe for banoffee pie (?): “Boil condensed milk for three hours, spread it onto a basic cheesecake base, slice bananas on top, add some whipped double cream, another layer of banana, and Bob’s your uncle!” Meaning, I think — that does it, or, as the French would say, le voila!

Arriving in London after a ride through the Chunnel and doing some basic people-watching, revealed an even greater gap than the proverbial one between the Tube door and the platform (“Mind the gap”). I just feel that the Brits are barmy. (Note, as proof, the Monty Python movies or Mr. Bean.)

Standing just inside a shop doorway on the Buckingham Palace grounds waiting out a tropical downpour, I had the opportunity to read a fire instruction label posted on the wall

I kid you not, this is for real: “If you discover a fire unless the alarm is already sounding press the nearest glass-fronted alarm call point and shout ‘Fire’ to alert your colleagues and neighbors. Fight the fire with the appropriate type of equipment available, if you feel that by doing so will not endanger yourself or others. On hearing the fire alarm or a live broadcast, vacate the room without delay closing the door as you leave. Go to your appointed fire assembly point via the nearest exit and if certain that the rooms are unoccupied close any open doors in the vicinity that you pass. Do not stop to collect personal possession, move quickly but do not run...”

It goes on like this for several more paragraphs. I hope the Queen can save you if you’re reading this with fire licking your heels. Anyway, the Brits are an odd bunch. Despite the dissimilarities in our languages, I feel Americans have more in common with the French.

In the last weeks of my once-in-a-lifetime tour, I ventured to one of the Greek Island I’d been wanting to visit for decades — Cephalonia. (Or Kefalonia — you’ll see a variety of spellings.) I’d wanted to return to the Ionian side of the mainland since a visit to the Cyclades 35 years ago.

My target was set after reading Captain Corelli’s Mandolin and Four Fish, which has a chapter about a fisherman and environmentalist living on the island. With no real idea where to stay, and, based only on a photograph found on airbnb, I settled on Assos, a small harbor village at the north end. This turned out to be a magical and fated choice for me. I’d planned to stay three days and make my way around the island for an addition four days. But I couldn’t get out of town.

The Cephalonia terrain is mostly steeply rising cliffs, very dry and rocky, with little villages dotted on the tops of the hills, lots of goats (who sleep unconcernedly in the middle of the roads), and occasional olive groves. In some places the high cliffs have sloughed off and fallen into the sea, eventually creating a beach, mostly rocky. (Myrtos, the most famous beach on Cephalonia, is made up of a range of tiny to enormous, almost glowing, rock eggs of chalky white — made smooth by being continually rounded in the waves.)

I’d actually packed my bags and started up the steep climb from the port of Assos, heading to Fiskardo — which Brits had told me I would like much better — when something caused me to turn around when I saw another “studios to let” sign.

That evening I found an English text in the small local market, complete with bibliography and color plates, titled Where on Earth is Ithaca? by Cees H. Geokoop. As I then discovered, Assos is the perfect place for a poet.

The landscape of this harbor town is unusual: Assos sits on a “narrow neck of land at the foot of a peninsula. On one side the mountains rise almost in a circular fashion with high cliffs, creating a safe-haven. On the other side, to the south-west and west, the water spreads out unencumbered towards the horizon.” (Geokoop) It’s for this reason that when the Venetians captured and ruled the Ionian islands from roughly 1200 to 1797, they built a fort on these cliffs looking west across the Ionian Sea. Parts of a castle, a gate and several kilometers of wall remain.

But, this is the excitement for me, Homer identifies Assos as one of the prominent locations for Odysseus’ adventures. There is an intriguing cave just at the waterline with both a north and south entrance which is written into the Odyssey as “The Cave of the Nymphs.” I’d been looking across the harbor at it for my entire stay. With no conscious knowledge I’d been drawn, as if by a magnetic force, to a place captured in classic literature by one of humanity’s finest and most celebrated poets.