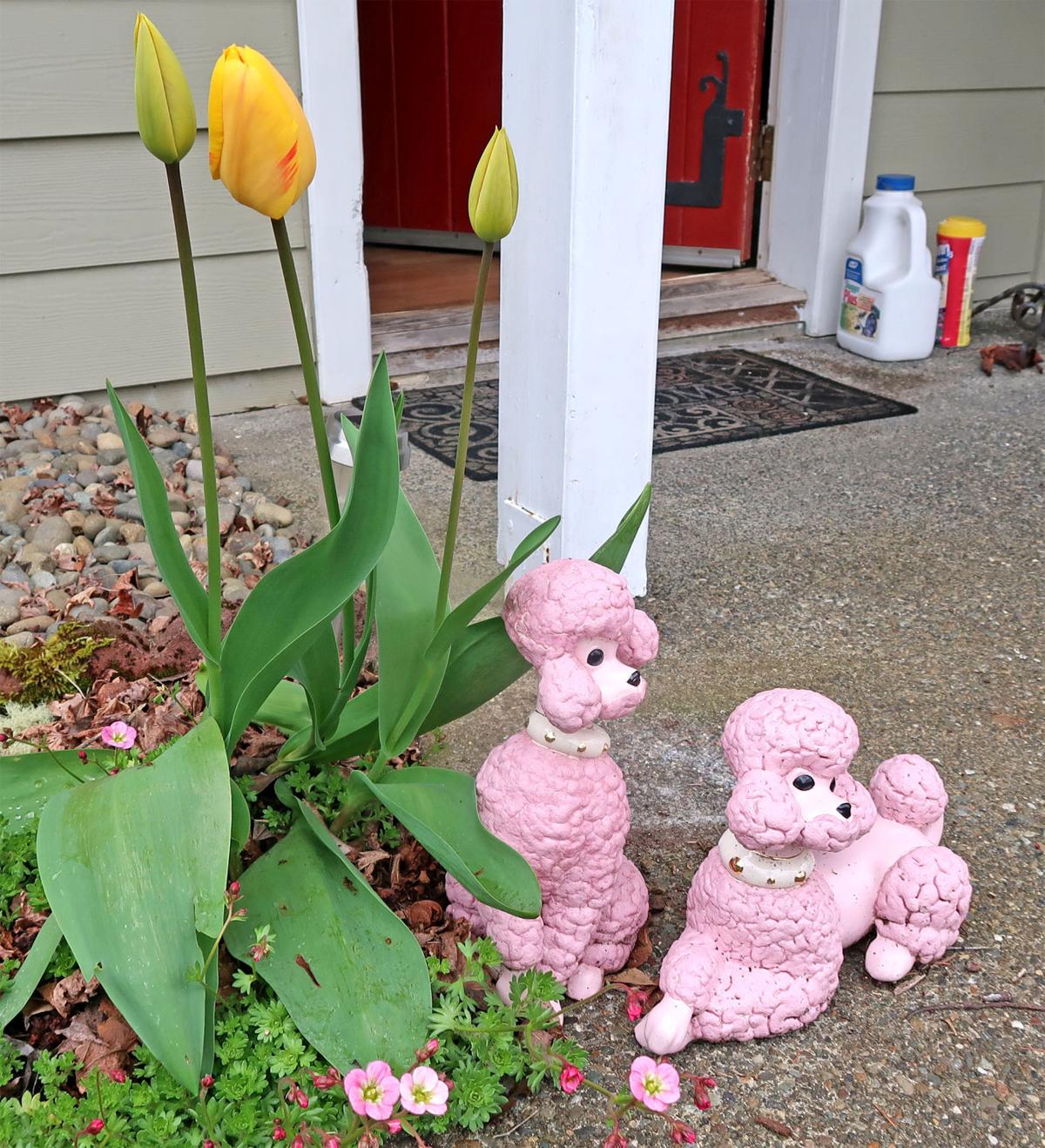 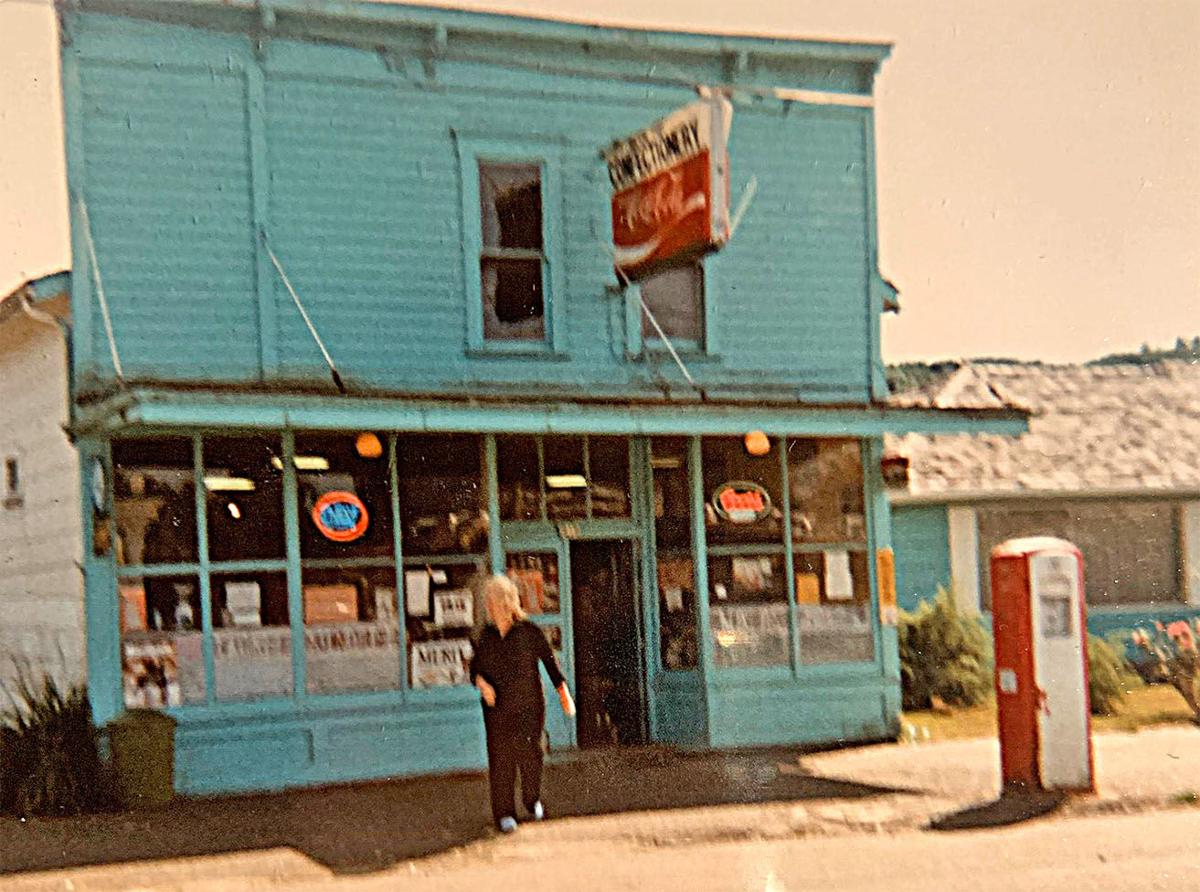 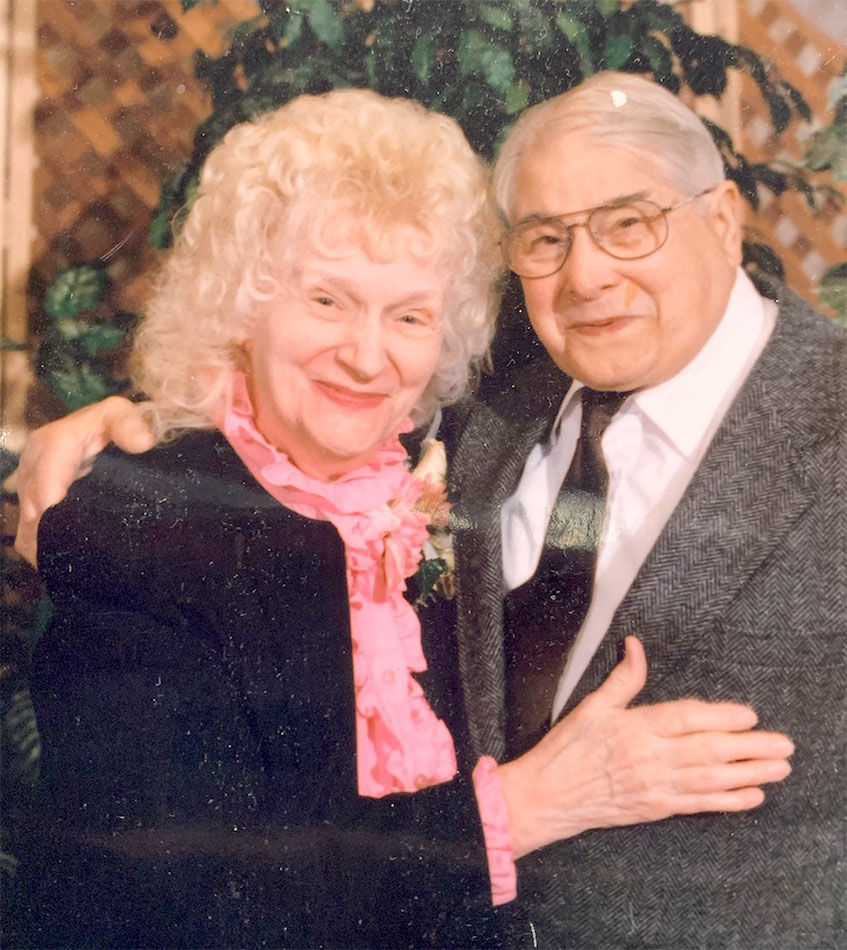 Forrie and Dixie Smith were small-town people with huge hearts. Their generosity and good spirit helped shape many lives.

Forrie and Dixie Smith were small-town people with huge hearts. Their generosity and good spirit helped shape many lives.

Anyone who grew up in South Bend in the 1960s, ‘70s, ‘80s, or ‘90s would probably have fond memories of Forrie and Dixie’s Blue Top Confectionery (later Forrie’s Blue Top), and the matching turquoise house on the corner of Water and Washington streets, where magic would naturally flow. Forrest and Dixie were icons in the community. Dixie was a dedicated wife and mother of three and had to be, as Forrie worked the small neighborhood mom and pop store by himself from morning to night, stopping only for dinner, prepared lovingly by Dixie and sent over on a paper “Dixie” plate.

Forrie would sit at his fountain counter on a stool as he ate his meals in order to get up and help customers if they happened in the door. Forrie always wore black pants held up by suspenders and a white tee — dark hair and handsome. I was a little afraid of him as a child because he was very quiet and he walked with a limp, having been wounded in World War II. One leg was shorter than the other, so he had special shoes made to even him out. In the front of the store the sidewalk was stained purple from the local blackberries that Forrie bought from the neighborhood kids. He had a big scale outside by the gas pump where we would line up with our buckets of berries for him to weigh and wait wide-eyed to see how much he would pay us.

We moved into the house behind the alley from the Smiths when I was four years old and lived there for the next five years before moving to the country. They had two older sons, and to my delight, their daughter, Sandy, was in my school class. Sandy, my sister and I became best of friends quickly and spent nearly every day at either her house or ours. Dixie was like a fairy godmother touching me with her sparking wand and infectious laugh. She had blonde hair that she curled beautifully and bright red lipstick. She usually stood in the kitchen wearing cropped black slacks, a black blouse, and pink fuzzy slippers. Most of the time she wore a pink or turquoise feather hat over her hair. Dixie was perfect — like she rolled out of bed with those soft curls and lipstick. We were thrilled to spend time at Sandy’s house. Dixie, generous by nature, lavished the three of us with toys and clothes. She bought us Lite Brite sets, Barbies and an indoor hopscotch mat because it rained so much in Pacific County. On Easter she bought us frilly pink chiffon dresses that we paired with the white go-go boots that our mom had gotten the three of us. We wore them proudly as we walked to church on Easter Sunday.

In the summer, Dixie took us to the Raymond pool for a dip and then to the Dairy Queen for a soft vanilla ice cream cone. She even stayed up with us on Friday nights to watch Perry Mason at 11:30 in her living room on her pink fringed couch. No matter what she did, it felt better than what we had at home. Everything she made seemed magical to me and my sister. If it was hot cocoa, it was Dixie’s hot cocoa, and we thought of it as a special recipe that only she could make. We didn’t know what was in her delicious secret recipe, but our mom made cocoa with canned Pet milk. To us, Dixie’s cocoa was creamier, her cookies chewier, and even her canned Spam tastier, and we eyed it hungrily as it fried. We drooled over her peanut butter fudge that I learned years later was made with marshmallows and peanut butter — the secret ingredients. She took us weekly in the back of her Mercury (the Merk) to her butcher in Chehalis to buy fresh hamburger that she seasoned and cooked in the oven in individual nests of Reynold’s Wrap. Of course, we had ours from a frying pan at home. Pink and turquoise were Dixie’s favorite colors and even her drapes and furniture were turquoise or pink. Most days Dixie could be seen through her kitchen window rocking side-to-side in front of her stove as she cooked delicious treats and meals.

Dixie would let us pick out our own can of Campbell’s soup from the store that she’d warm up for us. A can of bought vegetable beef soup was a tremendous delicacy to me. You’d have thought I was picking out a lobster from an expensive restaurant menu because Dixie made it feel special.

Our days were spent with either the three of us at Dixie’s house or at our house across the alley. We never watched the TV or sat bored during the days. We had to have been the most creative threesome in town. If it rained hard enough we were able to swim and play in the three-foot ditch that lined our house, along with the worms and God knows what else. If it was icy, we would take water in pails and splash it over and over in Dixie’s yard and make a frozen slide. We would catch polliwogs in the stream by the school, pick bear candy on the South Bend school’s hillside, or play dress up and walk around town in big dresses pretending to be old ladies. We played hopscotch and double-dutch jump rope on the sidewalk outside Forries, and made cake and cookies in our blue Easy Bake oven. On nice days, we would spend a whole day on our metal roller skates — the kind that tightened with a key. We skated from our house down the street to the South Bend High School gym and whizzed around grabbing the poles as we swung and made up games and races through the cement paths. After a long day, the three of us took a bath in Dixie’s pink bathroom in her pink triangular tub, which seemed enormous to us. She bought us bars of soap that had little rubber toys inside, so as you scrubbed, it would eventually reveal a little plastic giraffe or elephant.

Everyone knew Forrie’s. There was nothing you could not get there, including fresh salami and bologna that they sliced and sold by the pound. Many times I was sent to the store to peer shyly on tip-toe over the candy counter and till to dutifully ask Forrie, “My dad wants a pack of Salem’s and can you put it on the bill?” He kept a handwritten running total in a spiral notebook. With just a twinge of a look of amusement, he would hand me the pack of cigarettes. We never got a bill from Forrie and he never asked my parents to pay off our bill, but rather pay when they could. Behind the fountain area there were rows of wooden drawers full of penny candy — Bit O’ Honey, Smarties, candy cigarettes and necklaces, and paper tube pixie-sticks, to name a few. My sister and I took our dollar allowance to Forrie’s and bought 100 pieces of candy every month. We stashed the partially sucked and chewed pieces of candy in a shoebox that we opened like a treasure chest daily for the next 30 days.

Dixie would let us pick out our own can of Campbell’s soup from the store that she’d warm up for us. A can of bought vegetable beef soup was a tremendous delicacy to me. You’d have thought I was picking out a lobster from an expensive restaurant menu because Dixie made it feel special. Who would want homemade soup after this luxury? Not us. Occasionally, Sandy would ask her dad for an ice cream cone or milkshake while we stood quietly beside her. “Well, let’s see here,” Forrie would say, if he was in a good mood, “I’ve got vanilla, chocolate, strawberry, and spumoni.” We would choose spumoni because it sounded exotic and we didn’t know what it was. Forrie would smile at our delight and carve out the hard ice cream with a metal scooper and put it in an old fashioned stainless steel canister that spun on top of a motor. We felt very important sitting on his bar stools sipping from our own personal paper cups full of milkshake.

Forrie let us play in his wood shop in back of his store. Throughout the day we were a continuous loop flying through the front door of the store, down the wooden isle and out the other side into the wood shop where we played for hours. It was there that we nailed together our make-believe wooden guitars and instruments for our band. Once our song was rehearsed and perfected we looked for an audience. “Mom, come see our show!” we would announce. My mom would come out of the house, — “Okay, let’s see what you have.” She was notorious for encouraging all of us in our artistic endeavors. We all took our places and with a “1, 2, 3….” We would begin our rendition of “Down Town.” Laurie would sing the first line, “When you’re alone and life is making you lonely you can always go….” Then together we would harmonize — “Down Town.” We felt like the Supremes.

To us, it seemed as if Forrie lived only in the store and never in the house except to sleep after closing down the store at night. He came quietly in about midnight while the three of us were in our pajamas, spread out on the couch or floor watching Lawrence Welk or playing Old Maid, and he would go straight to his room without saying a word. Though a very quiet man, there was none kinder than Forrie, and he and Dixie made the next five years full of magic and fun.

I went to visit Dixie as she lay dying well into her 90s at the Willapa Harbor Care Center. She was as chipper as ever and sharp as a tack. She mentioned how endearing it was that I always wanted to hold her hand as a little girl. I told her what she meant to me and that she changed my life with her comforting and loving nature. Later, I went through the turquoise house with Sandy, dust and neglect covering the furniture. Sandy let me pick out something to keep to remind me of Dixie. I picked two items that most reminded me of what a lovely person she was — two small pink garden poodle statues.