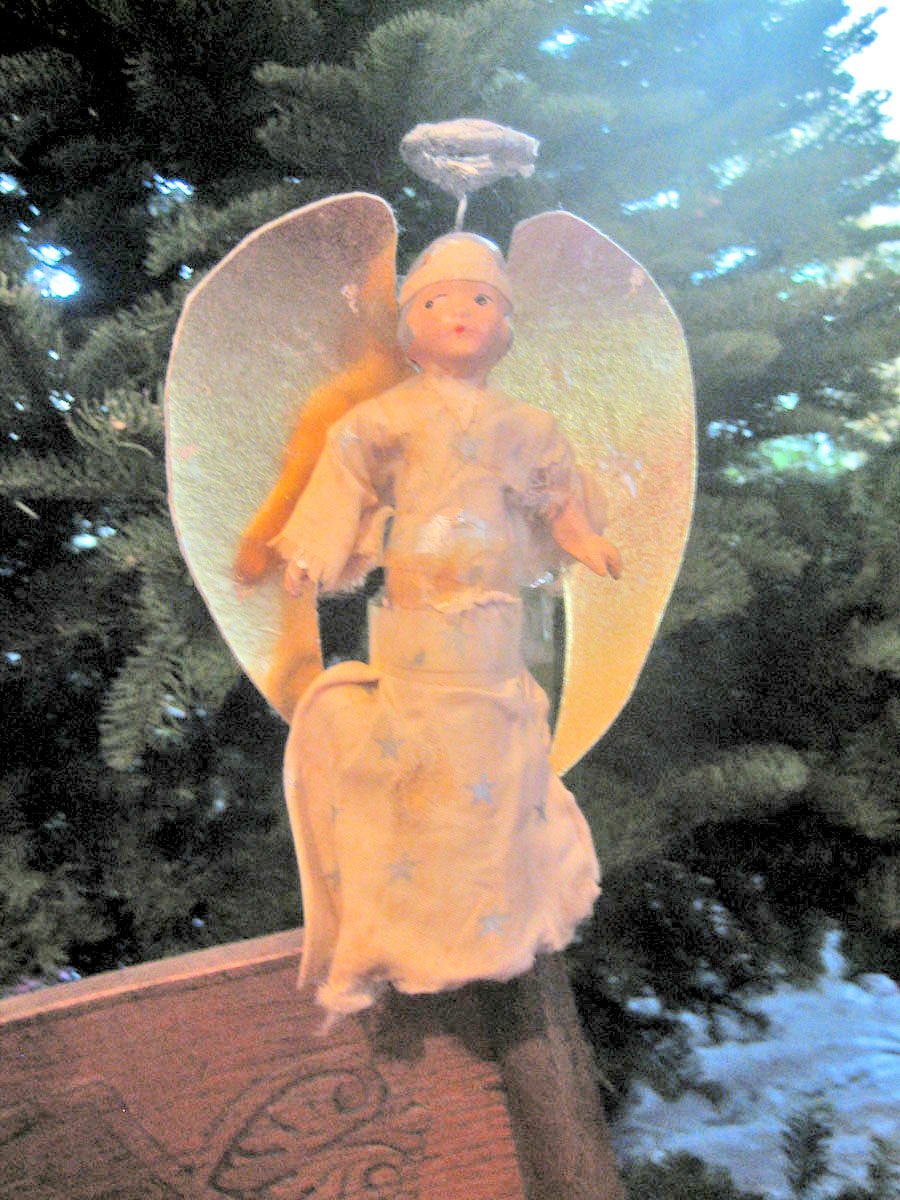 Sydney’s Christmas angel has evoked warm feelings for decades, even if it has started showing its age a little. 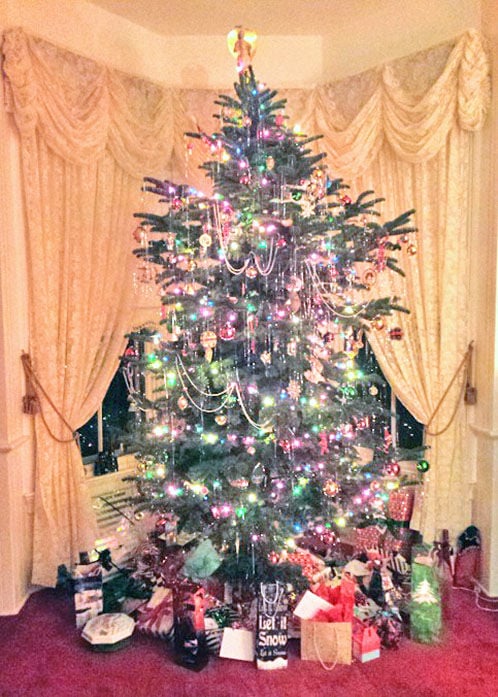 Sydney’s Christmas angel has evoked warm feelings for decades, even if it has started showing its age a little.

For some, the defining moment for Christmas planning comes when the where-to-go decision is made. For some, it’s when the nerve-wracking search for the perfect gift is happily resolved. And, for still others, it may be relief of knowing who is coming for the holiday or what the menu will be.

In our household, we can proceed with all other holiday plans once we make the final decision on the Christmas tree. What kind — alive, cut, artificial? What size — table-top, clear to the ceiling, or outside and up into the sky? A noble fir, for sure. Alive this year or sacrificed for the season?

Then, of course, are the questions about where to get it — a tree farm, a lot run by a non-profit, the local nursery? And how to light it — old-fashioned colored bulbs, little sparkly white lights, blinking or not? Do we go with a theme — all red ornaments, just bells or balls, generational family ornaments? Should there be tinsel? Paper chains? Popcorn and cranberries on long strings? I sometimes wonder if there was all this angst in past generations.

The first trees I remember came from Papa’s woods here in Oysterville. Each year he cut one just the right size, usually a noble fir, wrapped it with burlap and twine, and sent it on the train from Portland to Oakland, California. I was five or six and remember (or at least I think I do) going to the big train station on 16th Avenue to pick up the tree. But … it was during the war and we didn’t have a car. How could that memory be true? How would we have transported Papa’s tree home to our house in Alameda?

It was Daddy’s job to put the lights on the tree — those big, bulbous ones in primary colors. If one went out, the whole string was dark and I remember some quiet muttering while he tried to find which one needed replacing. Mama and I put the lower decorations on — always the latest one I had made at school plus those carefully saved from years past — and she and Daddy took turns on the ladder putting the most precious ones — the hand-blown glass ones from Germany that had “come down” in the family — on the highest branches.

And, at the very top, the angel. I remember perfectly when I got her. It was 1942 and I was six years old. I took the money from my piggy bank (only I think it was shaped like a bear) and went around the corner to the variety store on Encinal Avenue to buy her. I’d been looking at her for quite some time. She was displayed in the window in a box with a glassine front and I knew that she would be perfect for our tree. I don’t remember if my mother knew of my plan; probably not.

And, at the very top, the angel. I remember perfectly when I got her. It was 1942 and I was six years old. I took the money from my piggy bank (only I think it was shaped like a bear) and went around the corner to the variety store on Encinal Avenue to buy her.

After the war, perhaps because Papa was getting older — or maybe because my mother wanted to be “modern” — we went to a Christmas Tree lot on Fruitvale Avenue. Did we have a car by then? I’m not sure. I remember that we had the tree flocked in white. I hated it. It smelled funny and it looked like it belonged in a store window in San Francisco where we went once a year to see the fabulous Christmas displays. (And sometimes to shop and get a hot fudge sundae or slice of coffee crunch cake at Blum’s across from Union Square.)

At home, Daddy set up that unnatural tree in the living room picture window and got two spotlights to shine on it from the floor, one on either side. Mama decorated it will all red balls, the biggest ones at the bottom and graduated to small ones at the top. And… no icicles. Just the flocking, the red balls with maybe a red star at the top. We all thought it was lame but I don’t know if we said so until much, much later when we began referring to that Christmas as “Totally Flocked.”

It was the only year that we didn’t use the angel. All the other years — 78 and counting — she has smiled down at us from her place at the top — sometimes high, sometimes lower, but always in the place of honor. By now, she’s looking a little shabby. Her silvery wings have been replaced with gold cardboard and her halo has been patched up with gray tape. Her dress (white rayon with silver stars and a frayed hem) is beginning to look a bit threadbare and her nose has been broken more than once. I love her dearly!

So … what will it be this year? The last time we had a tree tall enough for our 11-foot ceiling, we had to call on our (much younger) neighbor Tucker to help us get it upright in the stand. Nyel was still on two feet then, so he managed the lights and the angel and the highest ornaments, all from a ladder, of course, which they say we shouldn’t be doing. This year, we may wait until son Charlie comes to help. But will his foot surgery be healed enough and, after all, he’s no spring chicken in the ladder department, either. Like the angel, we are all getting a bit tattered.

But Christmas, at least in our household, is all about tradition and blessings and memories and love. It may not be like that for others, but I really hope it is. Christmas is the absolute best. Beginning with the tree!