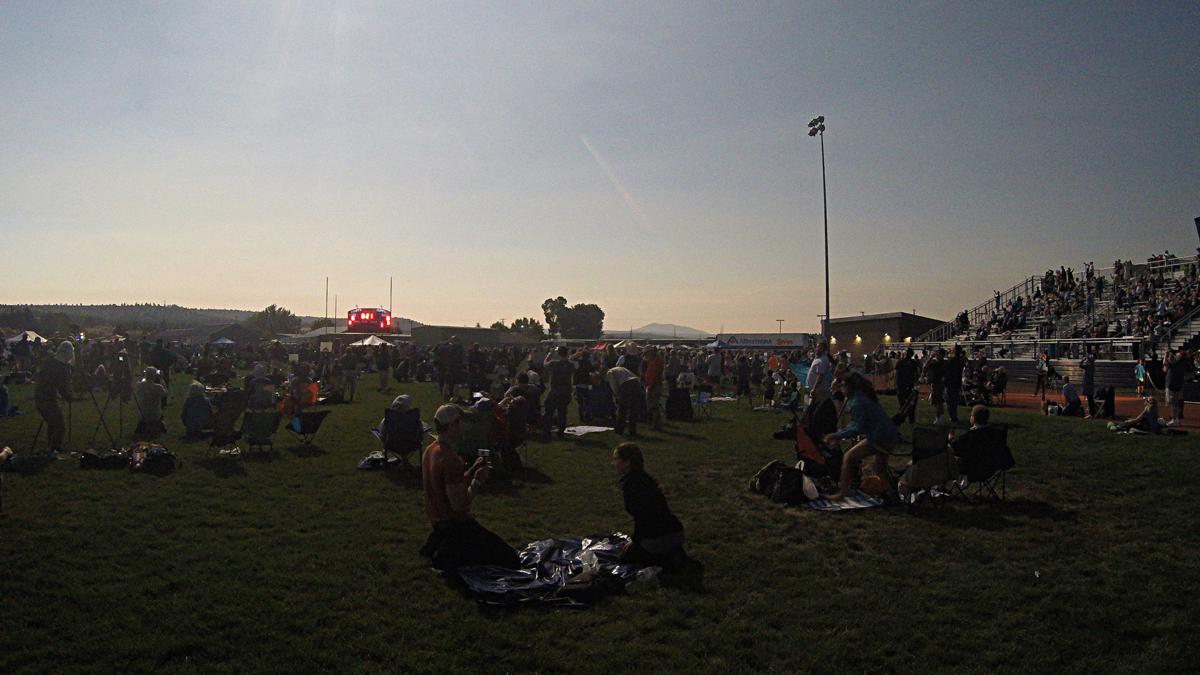 A sports scoreboard counted down the seconds before the solar eclipse reached totality in central Oregon. 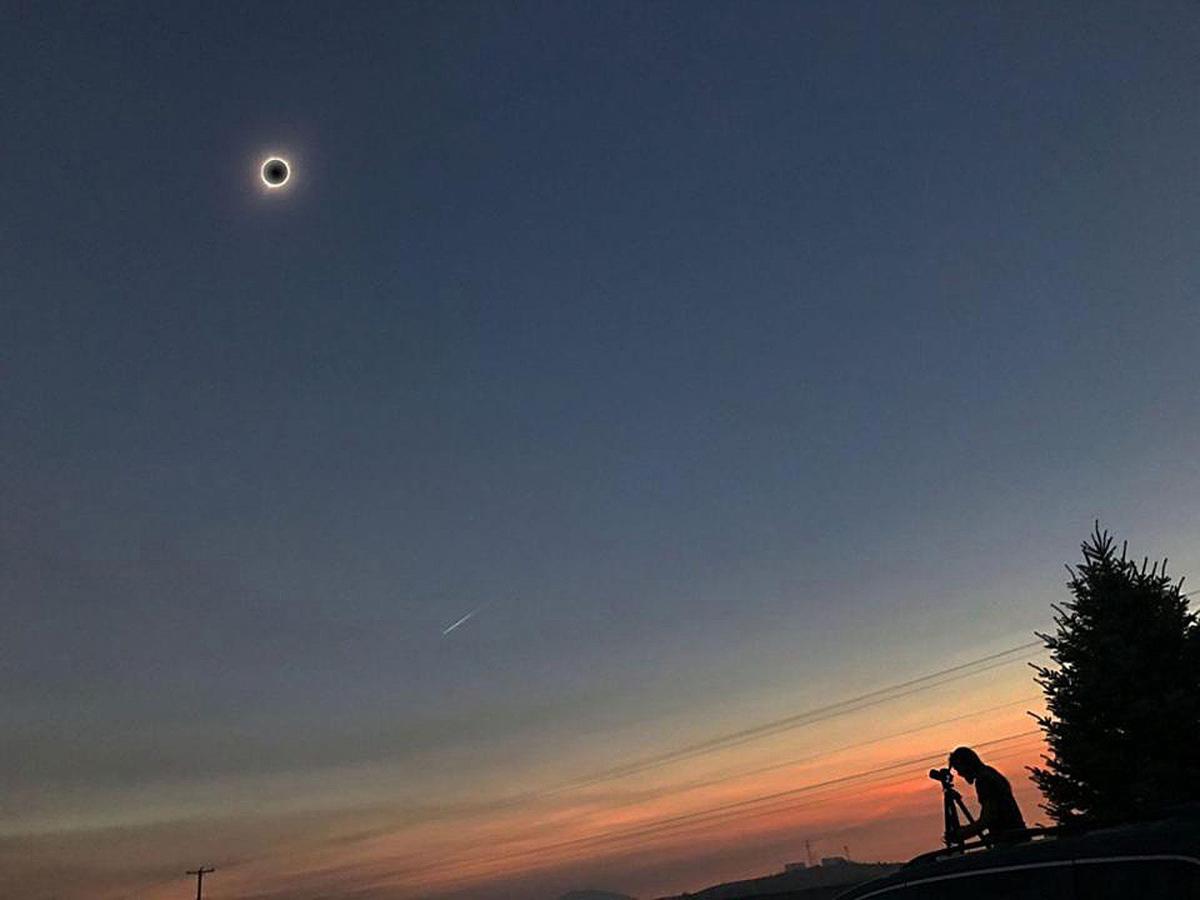 The total eclipse created a remarkable natural spectacle and attracted a large crowd across a wide swath of Oregon. 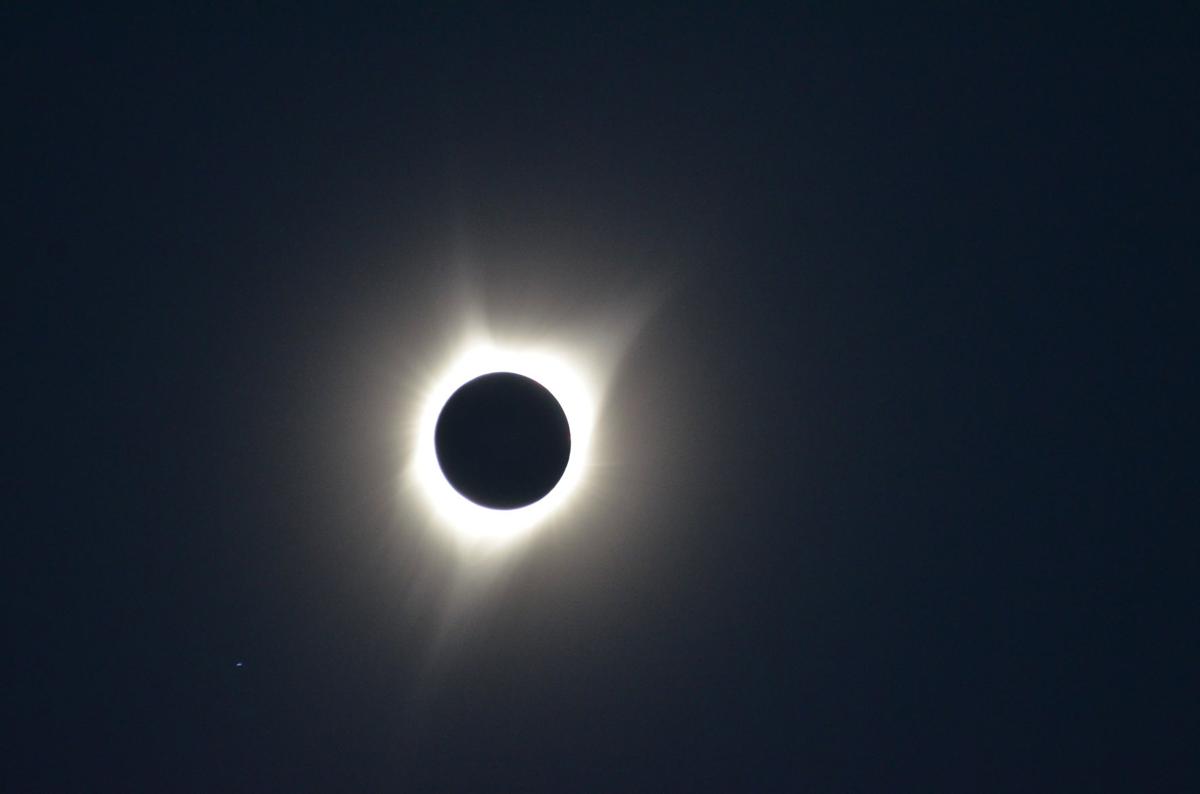 The eclipse as seen from Madras, Oregon. The planet Mercury was visible in the lower left.

A sports scoreboard counted down the seconds before the solar eclipse reached totality in central Oregon.

The total eclipse created a remarkable natural spectacle and attracted a large crowd across a wide swath of Oregon.

The eclipse as seen from Madras, Oregon. The planet Mercury was visible in the lower left.

I heard many good reasons for not traveling to the path of the Great American Eclipse. Too much traffic, too far to travel, the motels are all booked, and professed contentedness with less than 100 percent totality top the list. But one reason one is very unlikely to hear is “I’ve seen it before.” That’s because everyone who witnesses a total eclipse becomes an eclipse addict, or, as identified by others who chase the moon’s shadow, the umbra, an “umbraphile.”

While official numbers aren’t in, there must be several million new umbraphiles in this country, and this writer can be counted among them. As a lifelong observer of any sky phenomenon, and one-time solar researcher, I was half way there already. After missing the 1979 eclipse due to work and bad weather, I was determined to scratch “see a total eclipse of the sun” off my bucket list. My trip to Madras, Oregon, was years in planning. I endured three days dry camping in a hot dusty desert and a brutal 13-hour crawl home for just two minutes, three seconds of eyegasmic bliss. And now I can’t settle for just one.

The event is the most compelling natural event one can witness. A day watching shadows change in the Grand Canyon of Arizona, the scheduled burst of steam from a geyser in Yellowstone National Park, or the mesmerizing sight of a totally eclipsed moon doesn’t even come close. The eruption of Mount St. Helens in 1980, another once-in-a-lifetime event, takes a distant second. I witnessed that from 40 miles distance, but never had the urge to travel around the world to see another volcano erupt.

I joined about a thousand others, many with multiple eclipses in their bucket, at the Madras High School football field, It was a well organized event sponsored by Lowell Observatory from Flagstaff, Arizona. Traffic getting in was not a problem and we all gathered on the grass three hours in advance. The scoreboard offered a countdown to totality, and we all joined in to count down the final 10 seconds. A cheer went up, and the loudspeaker announced, “Remove your eclipse glasses.”

It was the shortest two minutes of my life. Other umbraphiles call it the “eight-second rule.” No matter how long the eclipse lasts, it feels like eight seconds. Maybe it’s the unlikely duality of events that burn into the soul. Day and night occur at the same time. I have experienced tears of joy, and tears grief from loss, but never simultaneously. While it is a deeply moving personal experience, it’s shared by millions at once. Reading over the published personal accounts proves that the emotions are universal.

Ethan Siegal, for Forbes.com, sums up the experience as if I had written it.

“In the moments leading up to totality, the light took on a faint, eerie hue, as though someone had placed a low-light instagram filter over the whole world. The sky to the west grew darker, like night was approaching from the wrong direction. A point of light emerged in the sky: the planet Venus. As the Sun’s eclipsed crescent grew smaller and narrower, baily’s beads emerged, and then disappeared.

“We took our eclipse glasses off, and the experience and sights were overwhelming.

“The corona was indescribable; the sky looked like nothing else; no photograph does the experience any justice. Many among us wept. Despite all my best plans and preparations, the two minutes went by in what seemed like 30 seconds, and then it was all over. Although the temperature had dropped, it didn’t explain the chills we all had. As the Sun re-emerged from behind the Moon, there was an inexplicable feeling of optimism and rebirth. The world was still here, and yet there was a beauty to everything we hadn’t seen, appreciated, or known before.”

We hit the road immediately and sped home at a leisurely pace. It took five hours to cover the first 1.6 miles out of Madras. We had the time to become well acquainted. No one was bothered by the traffic. Everyone said they would do it again. Made it home at 11 p.m., at an average speed of 18 mph.

The next total eclipse visible from the United States occurs on April 8, 2024, only seven years away. It passes through Dallas, Texas and Little Rock, Arkansas on it’s way to NE U.S. and Canada. It also passes through much of Newfoundland. I’ve never been to Newfoundland. And it isn’t too early to plan. I bet I see a lot of familiar faces.