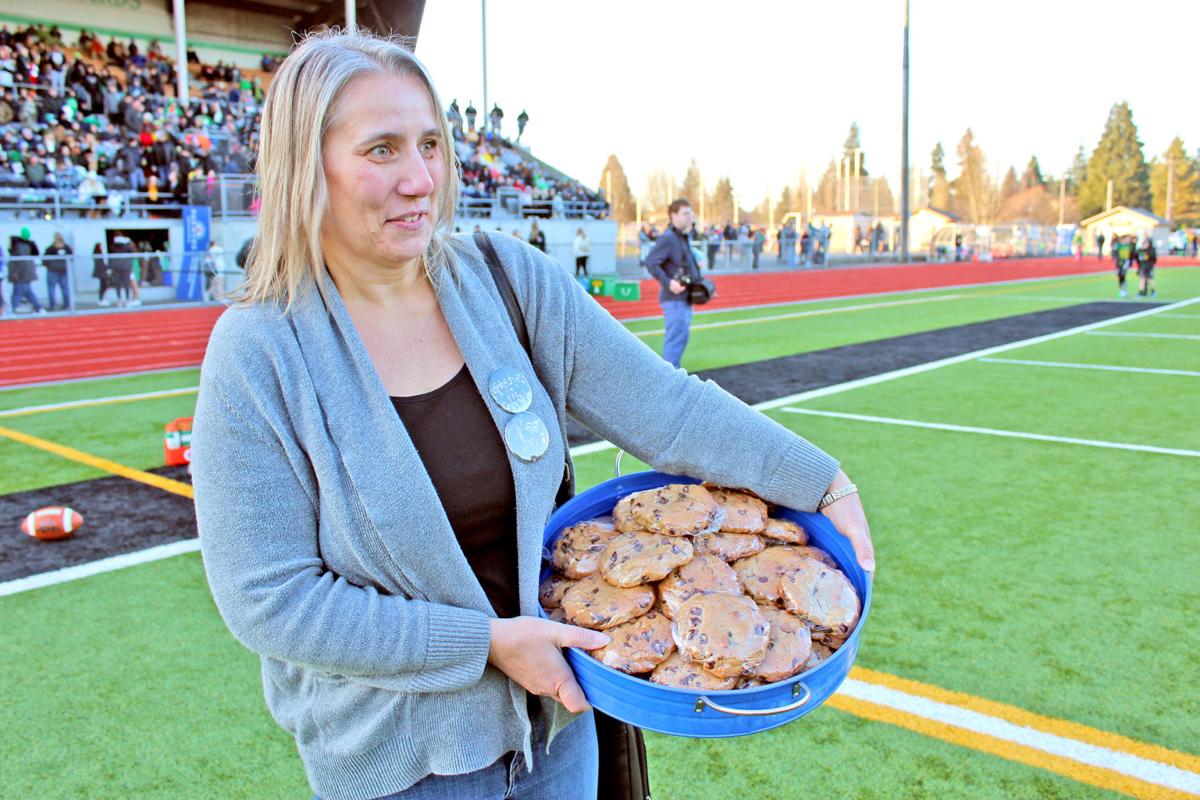 Amber Eaton reveals the secret to the success of the Naselle football team. For as long as everyone can remember, Eaton has baked chocolate chip cookies for the team. 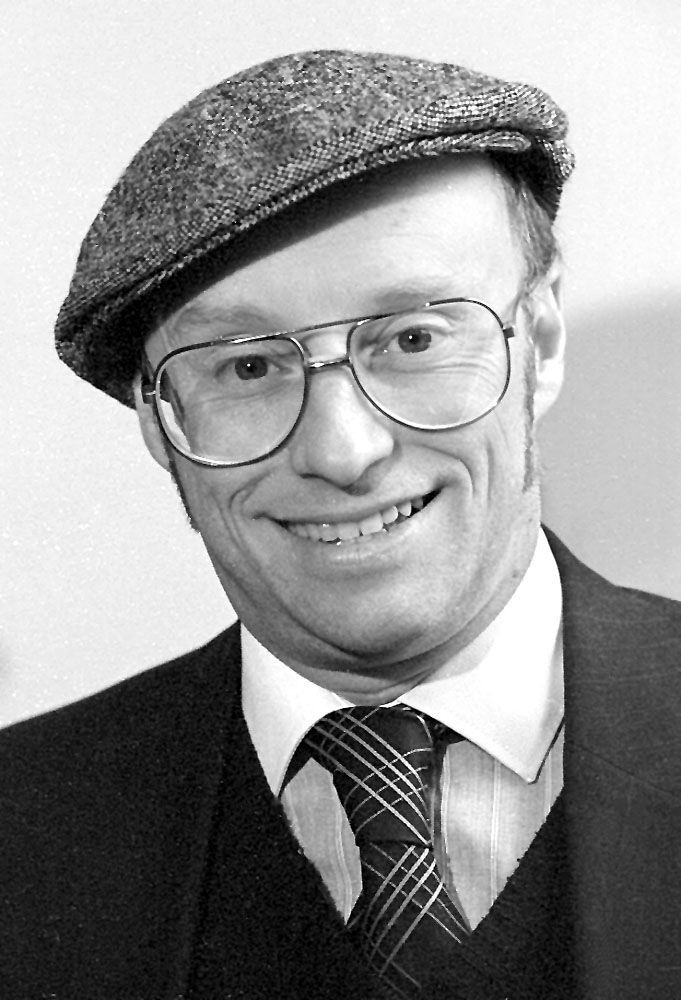 TUMWATER — The name of the town where Saturday’s semifinal stadium was built is supposedly Chinook jargon for waterfall.

By the end, assistant coaches Matt Scrabeck and Pete Riley were grinning broadly and shaking hands with everyone in sight. But it was far from a certainty, right up until about three minutes before the clock expired when Fa’aoso Tutu’u went over for his fourth big score.

Jared Burbidge, Tumwater class of 1986, sounds like my homeland’s most famous Shakespearean actor. But as Saturday’s stadium announcer, he couldn’t quite seem to enunciate the Naselle player’s name. The Almira-Coulee-Hartline defense couldn’t cope with the talented senior’s pace and strength, either.

The usual interviews afterward paid tribute to those Coach Jeff Eaton calls “my speedy little guys,” the versatile quarterback (“He’s a monster — he runs the show!”) and the astonishing physical commitment of Jimmy Strange, last year’s all-state linebacker, who made twice as many tackles as anyone else.

But all is secondary to the secret: I can now reveal the reason of this team’s success. My accompanying photograph tells it all.

For while Coach Eaton gets all the ink in the newspapers, his wife Amber offers a key incentive to the players in the form of her chocolate chip cookies.

Amid the hollering and jumping up and down when time expired on a 70-44 scoreline, she calmly wandered down onto the field carrying a large tray.

It wasn’t the only magic on that sunny, chilly day.

Quarterback Ethan Lindstrom performs another type of trick on the field that had me fooled. He hands the ball to a player who cradles it in his arms and rushes toward the end zone. Except, in fact, those arms are empty; Lindstrom has given it to someone else. I laughed at myself (we all should), and didn’t delete any from my camera.

The Comets' leader didn’t want to talk about the daunting task ahead, and I didn’t press him. Savor the win, and the joy, I thought. He proclaimed it his happiest moment as a coach, praising his gathered 16 titans through tears.

So looking ahead, here are my thoughts.

It does not matter that Odessa is the defending 1B champion, a three-time winner and four-time runner-up.

It does not matter that Odessa has slaughtered every opponent by 54 points or more every game this season.

It does not matter that Odessa scored 11 touchdowns before halftime in its quarterfinal.

It does not matter that Odessa vanquished Naselle’s semifinal opponents ACH by 92-6, its greatest margin of the season.

It surely does not matter that they are playing on a field named for George Nordi, the first big-school coach to win back-to-back Washington state championships. His old team wears blue and gold. Maybe that is an omen?

All that matters is that Naselle will gas up its pickups and drive 130 miles to Tacoma on Saturday, knowing that 16 boys who would bleed for their high school will do their best.

And those Lutherans and evangelicals, and even those few without their shared faith, know the story from the first book of Samuel, 17:49, where David reaches down for a pebble to fill his slingshot, and the little guy slays Goliath.

So their boys in blue and gold will play their game.

Devout Naselle fans will cheer them, win or lose.

Patrick Webb is the retired managing editor of the Astorian who occasionally writes for the Observer.