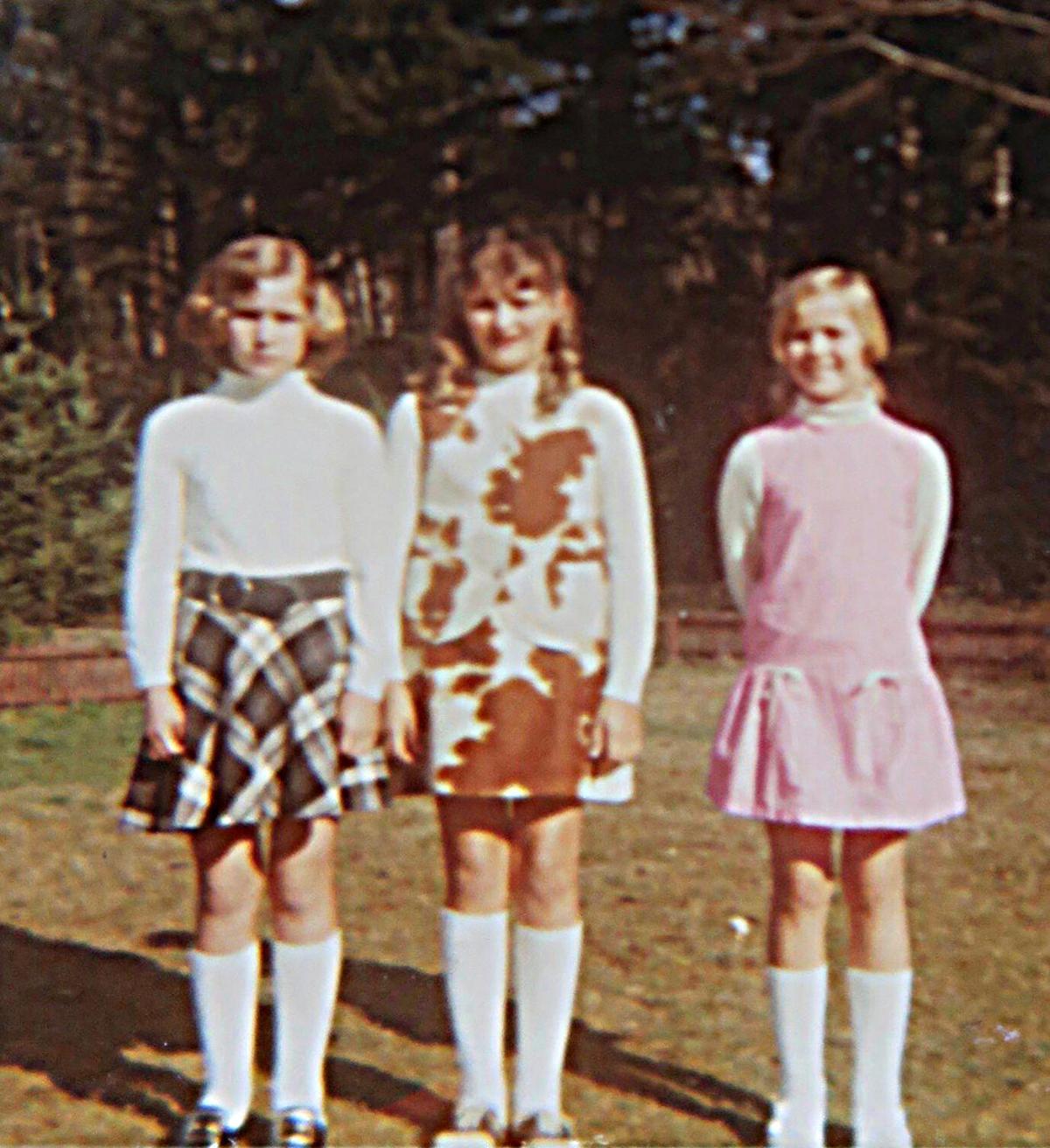 Laurie, Sandy and Leisa model the “tween” fashions of the early 1970s. 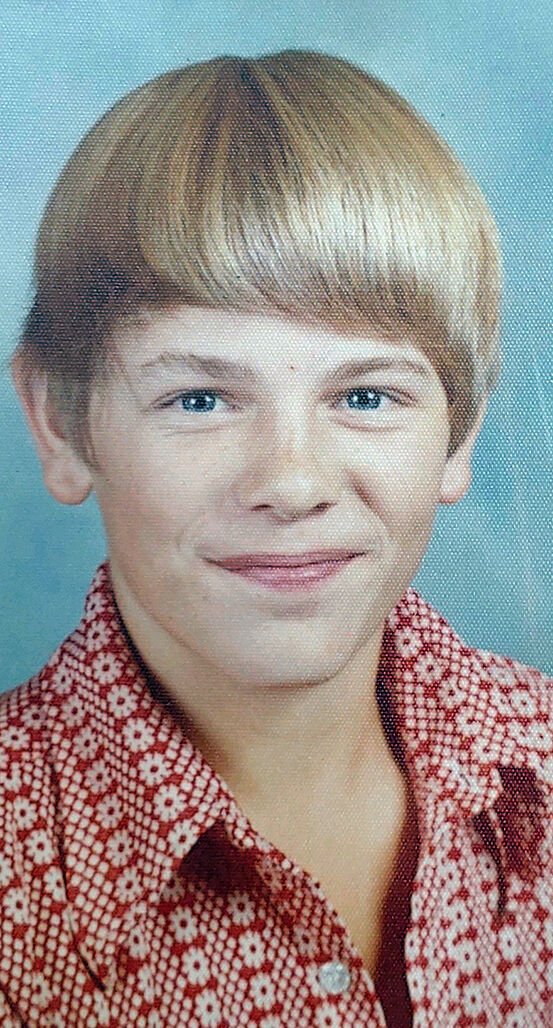 Bobby Gorsuch stirred strong emotions among the girls of the Willapa River Valley. 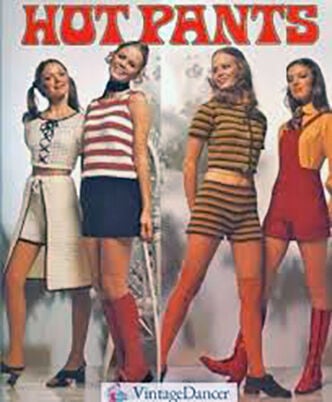 As I was watching reruns of the 80s series called “The Wonder Years,” it dawned on me that we all basically glide through our respective eras unaware of the styles and trends that we’ve created. And we will one day look back on these as very unique to only this period of time — our period of time. The hit, “The Wonder Years” is one of my favorite shows to binge watch as it reminds me of my many tender memories of the 5th and 6th grades. “The Wonder Years” ran from 1988 to 1993, though the series was set exactly 20 years earlier. The show did such an amazing job at recreating the feel of the ‘60s and ‘70s. It featured many stylish characters of the time — hippies, preppy students and stalwartly housewives in control of maintaining status quo with the neighbors and making sure the Jell-O mold sets on time…

“The Wonder Years” tells the story of a typical suburban boy from the age of 11 through 17 growing up in the late ‘60s and early ‘70s. Kevin Arnold faces hurdles in school, his dating life, and his life at home, and also encounters larger issues of the time, like the Vietnam war and counter-culture. Kevin lives with his parents and older siblings, and mainly socializes with his bespectacled best friend Paul and his neighbor Winnie Cooper. Winnie, the show’s heroine, is kind, thoughtful, wholesome, independent and intelligent. She embodies the perfect “girl next door” type and serves as Kevin’s enduring on-again, off-again love interest throughout the series.

He grabbed my hand and looked the other way for the appropriate amount of time of the dare, and then left. It was our only thrilling interaction. Bobby moved after the 6th grade and I never saw him again. My fragile little heart was broken.

Winnie Cooper’s style is a unique mix of preppy, varsity schoolgirl looks, and hints of ‘60s mod. Winnie is often seen wearing drop-waist dresses with polka dot tights while rocking blunt-cut bangs and a headband. She usually balances this “grown up” sort of look with youthful Mary Jane platform shoes or white sneakers, finishing the ensemble with a foxy ‘70s center-part hairdo. I can relate to all of this. Style and classroom social happenings in the ‘70s was hugely important to us in the 5th and 6th grade, much more so than major world events or watching our brothers ship off to Vietnam or embark on a journey to Woodstock.

What makes “The Wonder Years” so appealing is that many Americans can identify with what was happening in Kevin’s life. Not only could those who lived through the ‘60’s and ‘70s relate to the historical events, but almost anyone who was a teenager then can relate to Kevin’s personal adventures. Kevin is the universal American teenager. This is the time that most of us get our first kiss, our driver’s license, and experience all the pivotal stages on our trip through adolescence into adulthood. Life for me changed in 1971 during 6th grade when I had my first crush. These times really are wonder years, the time when we learn how the world and its people work. Kevin represents the American teenager that many of us were at one time. If someone from another country were to ask you what it is like to grow up in America, you would have to think no further than to tell them that they should watch this show. No matter when you grew up (in America), the things that happened to Kevin or Winnie most likely happened to you.

Growing up in the ‘60s and early ‘70s, I am able to look back in a haze of sweet nostalgia at the unique events and trends. I was 10 years old in the 5th grade, my first year at Lebam Elementary. The year was 1970. Being too young to wear pantyhose and not allowed to wear pants to school, I waited for the bus in a pink cotton dress and tweed coat, knee socks and saddle shoes. When I arrived to my new school, my classmates were extremely kind and friendly, fighting to hold my hand and show me the cafeteria and play yard. On the swing set, I learned, if the person next to you was in sync with your rhythm, you were considered “in the bathtub together.”

In 1970, 45 disks spinning on my record player included “Knock Three Times” by Tony Orlando and Dawn, “We’ve Only Just Begun” by the Carpenters, and “Look What They’ve Done to My Song, Ma” by Melanie. I was unaware of what was happening outside of my classroom, concerned instead with grade school daily traumas like what color of headband to wear, or who was singing, “Bobby and Leisa sitting in a tree….”

Outside the security of our small classroom in 1970, the US invaded Cambodia, the Beatles broke up, and Janis Joplin and Jimi Hendrix died a drug overdoses. Simon and Garfunkel released their final album together, “Bridge Over Troubled Water.” Michael Jackson was belting out the critically acclaimed “ABC” with the Jackson 5. He was a 12-year-old idol for most of us. The movie, “Love Story” was released in 1970, and I saw it at the Raymond Theater and cried. “Love means never having to say you’re sorry….”

The cost of a gallon of gas was 36 cents

Head and Shoulder shampoo was 79 cents

All kinds of accessories flooded the market in the ‘70s. In particular I remember the “mood ring,” basically a liquid crystal thermometer that could “recognize” your emotional state. Blue meant you were calm or relaxed, amber meant you were nervous or anxious, and black meant you were angry. For us ‘70s kids, showing someone the color of their mood ring was much easier than talking about feelings.

In 1970, fashion for boys included vests and flared slacks with wide belt loops, as well as patterned or suede fringed vests. Girls’ fashion included mini-dresses with low slung belts and belled sleeves, bright plaids, tunics, flared pants and ruffled bloused shirts with matching skirts. 1970 showcased evolving trends featuring short shorts with a matching jacket of purple crushed velvet worn over a white blouse. A suspendered skirt would accompany a ribbed-knit sweater or a blouse with puffy sleeves and a long satin tie. Bell-bottoms became a popular fashion trend. Gina wore a long crocheted vest over her dress, open at the front with a tie at the top. Denise wore a drop-waist dress with a wide pleated skirt, brown and white, with a long polka dot tie. My sister had a stylish turtle neck with a neat diagonal plaid skater skirt. Sandy wore three-piece suit with a skirt and vest made of cow print over a sweater. Very chic.

Eventually, when the mini skirt could go no higher, tight-fitting aptly named hot-pants took their place. No other fashion garment raised eyebrows higher.

In 1971, designers across the U.S. began dropping the skirt length far below the knees and called it the midi look. Many miniskirt lovers did not take lightly to this new trend as it rendered their short-skirted wardrobes obsolete. I envied Laurie Dickensen’s knee-high ribbed socks and suede Chukka boots. Diane wore a maxi skirt with a ruffled bottom and a tucked in peasant blouse.

Fashion for boys in 1971 was belted vests, bell-bottom jeans, sleeveless and sleeved pullover sweaters as well as shirts and vests that featured western styles.

Now playing on my record player in 1971 were “Take Me Home, Country Roads” by John Denver, “Brown Sugar” by the Rolling Stones, and “If” by Bread.

And just look at Donny and Marie Osmond. Could they be any more 70s? The fringing, the platforms, the glittering pant suits and vests. The Osmond family hit the big time in 1971, becoming clean-cut idols for teens around the world. I would say it was fashion, but not necessarily always good fashion.

The cost of a gallon of gas was 40 cents

And in 6th grade? Look no further! We had a new boy in town and he was hot, hot, hot. My first love entered our classroom dressed in a paisley white and purple shirt with billowy sleeves and 3-inch cuffs. Over this he wore a fringe leather vest with bell-bottom pants. I had never seen such style, me with my homemade clothing. Don’t get me wrong. My mom was a great seamstress, but we were small town kids. Other boys wore straight-legged pants (a little too short) and old-fashioned pullovers. No one was that cool. And he had the most adorable gap between his front teeth. I never spoke to Bobby Gorsuch through our whole 6th grade romance. I’m assuming his many sisters influenced his dress style. He was funny and cute as he jokingly imitated his sisters putting on mascara. Bobby looked like a blonde Donny Osmond with his bowl cut and stylish clothing. We had a huge crush on each other, once going steady when somebody passed me the green ring that everyone used when going steady. I looked for him everywhere — school concerts, etc. But if I saw him I just quickly turned beet red and looked away. Mad crush. One day our teacher left the room, and our class decided to play the game, “Truth, Dare, Double-Dare, Promise, or Repeat.” There was just enough time for one round, and Bobby got the dare. He was challenged to come and hold my hand. I was mortified. He was shy as well, but he sauntered over without looking at me. My hands were clasped on my desk. He grabbed my hand and looked the other way for the appropriate amount of time of the dare, and then left. It was our only thrilling interaction. Bobby moved after the 6th grade and I never saw him again. My fragile little heart was broken.

In order to “go steady” with a classmate, a note was passed over. Communication was done through note passing. I often got one asking me what order I liked the boys in, in list form with blanks for me to number them. It seems like yesterday that John Peterson had a class party at his house, probably for a birthday, and we all gathered in his parents’ garage. We stiffly and awkwardly danced to “If” as we drank punch and ate the snacks his mom, Phyllis, had prepared. I looked for my crush, Bobby Gorsuch, but alas he had moved and I didn’t get to say goodbye. Those would have been our first words. I would enter 7th grade without him in 1972 but never forget his paisley purple and white shirt, vest and bell bottoms.