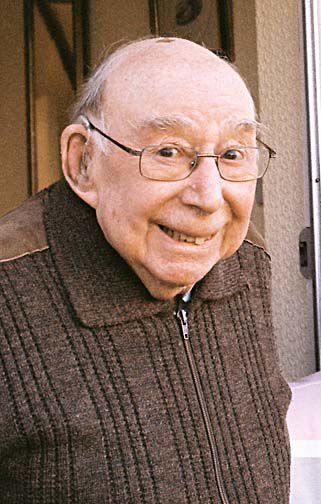 Patrick Webb, right, paid a visit to England last month to see his dad, Bill, who is in declining health at age 91 after a good life that spanned most of the 20th century. 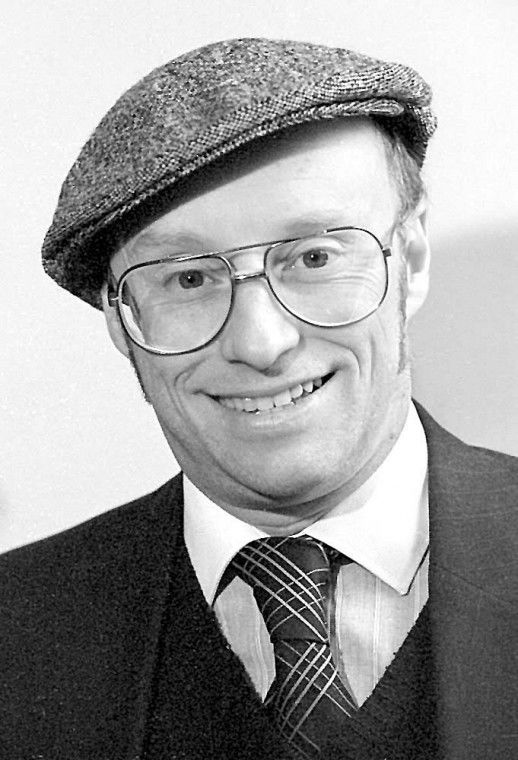 Patrick Webb, right, paid a visit to England last month to see his dad, Bill, who is in declining health at age 91 after a good life that spanned most of the 20th century.

When I was a kid growing up in England in the 1960s, every boy on our street had a willy.

I was too embarrassed to survey my mates, but I am positive that our family, of Mum, Dad and two boys, was alone in calling this appendage our little piece.

I hadnt thought about that body-part euphemism for decades until I visited my homeland last month and Mum used the child-like words to describe my fathers daily toilet ritual, which combines agony and indignity in equal measures.

In my youth, the worst three words spoken in this brick duplex were cauliflower for lunch. Now, they are catheter lubricating gel.

Mum copes. A Red Cross nurse in London during the Blitzkrieg, she has seen horrors a son cannot imagine. I suck in my breath involuntarily, hearing details about changing panty-pads, inserting tubes and emptying urine bags, spoken in matter-of-fact tones.

Writing about this sort of thing is supposed to be cathartic. Baloney.

If I were a Hemingway or Amis, I would cleverly juxtapose a description of Dads crumbling body with his nations slink into an abyss of hopelessness; Id write about how England has been invaded by foreigners, just as his most intimate parts are invaded by tubes that collect his waste.

But I dont feel clever, only sad.

Dad gave me life at 37 and offered me an example of a loyal professional, with a stable home life and a keen love of words. The survivor of the invasion of Italy in 1943 is forever jaded by his war wound, a weak left thumb that means he has never tinkered with stuff. He passed on that trait to at least one of his sons; I have spent a lifetime paying others to fix things.

But I cannot pay to fix this.

I sit with him doing the Daily Mail crossword. It gives a break to Mum, his primary caregiver, who is only five years his junior. She works cheerfully outdoors in garden soil she has tilled since 1954. From across the room, Dad calls out answers, visualizes clues, checks letters, catches errors. His accountants brain is alert, functioning.

We are left with 26 Across. Clue: Repeat. Seven letters. So far we have ieae.

(Neither of us solve it; when the next days edition reveals the answer  iterate  we both groan.)

Our puzzle is interrupted when the doorbell rings and the Westminster chimes echo through the three-bedroom home. Maureen, a 70-something pal from the lawn bowls club, is a welcome visitor. She banters with Dad aggressively. A helpful neighbor who runs errands, she wont take any reward except a cup of tea. She cajoles the patient in ways family cannot.

That chills me more than talk of catheters and gels.

It is another clue that the forgetfulness of old age is morphing into an eight-letter word that is among the worst of lifes puzzles: dementia.

In the 12 months since I watched him turn 90, this old soldiers battles have doubled. As Napoleon, Hitler and other vanquished generals have demonstrated, you can never fight successfully on two fronts.

For as well as his physical decay, his mind is fading.

Three years ago, my wifes father had a dreadful departure at 88. A burly and lovable farmer, he accelerated into physical decline, coupled with rapidly advancing dementia, a heart attack, then two agonizing weeks in hospital before expiring in a private-home hospice tended by saintly Romanians in Vancouver.

My Dad is looked after by carers from Poland, Estonia and Slovakia who work in England thanks to European free-movement-of-labor laws. Because these visitors operate outside of the government-run National Health System, my parents spend much of their pension for them to visit for 45 minutes twice a day to help Dad get out of bed, do his ablutions and come downstairs to sit. They reappear and reverse the process every teatime. I cannot imagine more ghastly work, but I am grateful.

Back home on the North Coast, neutered 5,000 miles away, I do not wish it over. But I wish it were different.

English-born Patrick Webb is managing editor of The Daily Astorian. He and his wife Debbie, who teaches at Ilwaco Middle/High School, live in Long Beach.