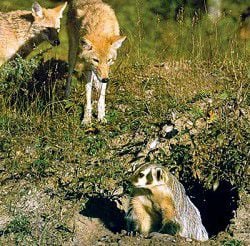 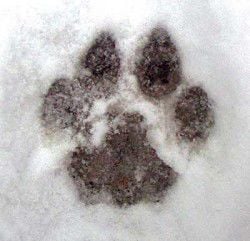 Even while sitting in my comfortable office on a transcendent sunny autumn afternoon, the scream of a cougar makes me feel like backing against a sturdy wall with a rifle in hand. I can hardly imagine what it would feel like to be a child hearing such a hair-raising sound, not fully knowing what it was as it clawed its way through the frozen, inky night shrouding a mountain ranch house.

In the 1930s my grandfather often stayed with a friend when weather got bad between our family's isolated ranch and the coalmine where he worked a shift. He drove his old Model A Ford back and forth most days to bring in a little cash money during the darkest days of the Depression. So my grandma and the three little kids - my mother and her brothers Tom and Bud - were all alone as screaming began to rend the night.

Sometimes described as the sound of a woman being gruesomely murdered, it made an impression on mom that has endured 70 years thus far. It would be an otherworldly shriek on any occasion, but it's especially chilling to think of it intermittently circling a kerosene-lit house like a scalping being performed on the move.

Even most long-time mountaineers have never heard a cougar's scream, so grandma and the kids didn't know what to make of the hate-filled screech. Even worse, rugged outdoorswoman though she was, grandma was strangely averse to firearms. I have little doubt that my mom, a crack shot, would have grabbed up a weapon in short order at the sound of shattering window glass.

But the screams dwindled and morning light brought the answer, in the form of mountain lion tracks beat into the snow all around the house.

The incident was never repeated and who knows what, if anything, brought it on. There is much in the minds of other species that we can make no pretense of understanding.

In writing it is often regarded as an amateurish stunt to anthropomorphize - to attach human characteristics to animals. To say that a cougar is expressing hatred or that a raven is amused by is own reflection is to risk a figurative pat on the head, as if you are too simple-minded to know the vast difference between we suave humans and those buffoonish beasts.

More and more, I suspect that they are more like us and we are more like them than anyone wants to acknowledge. Maybe our snobbish attitude grew up to salve our consciences about treating so many creatures with such wanton cruelty. Don't get me wrong - I'm a carnivore. But death should be swift, efficient, economical. Anything else makes me wish animals were more capable of vengeance.

I've been collecting stories recently about our smart co-passengers on planet earth. There are plenty enough, especially among mammals and birds, to make me believe some other team will arise from the wreckage if we utterly fail.

There is John Vaillant's enthralling new book, "The Tiger," in which a wronged great cat stalks, kills, eats and goes a fair way toward obliterating every trace of a poacher in the Russian Far East in 1997.

And I treasure this report from January in The Sunday Times of London:

"Dolphins have been declared the world's second most intelligent creatures after humans, with scientists suggesting they are so bright that they should be treated as 'non-human persons.'"

Or consider this from last Wednesday's New York Times:

"Not only do coyotes hunt singly and in packs, they have even been observed hunting cooperatively with other species. In Wyoming, scientists have seen coyotes hunting with badgers, large burrowing creatures that enjoy a nice bit of ground squirrel. As badgers dig toward squirrels in their tunnels, coyotes wait above for the squirrels to pop up for a quick escape, or perhaps to be chased back down to be eaten by a badger. Teams may work together often for an hour or more, the coyote mock-chasing or otherwise playfully inviting the lethargic badger to activity when it pauses, and to good purpose. Coyotes hunting with badgers had to work less and ate more than solitary coyotes in the same area. These teams were so effective that researchers reported often seeing the same pairs working together again and again."

I dearly cherish the idea of coyotes and badgers inheriting the earth. That'd show us.

Observer editor Matt Winters lives in Ilwaco with his wife and daughter.