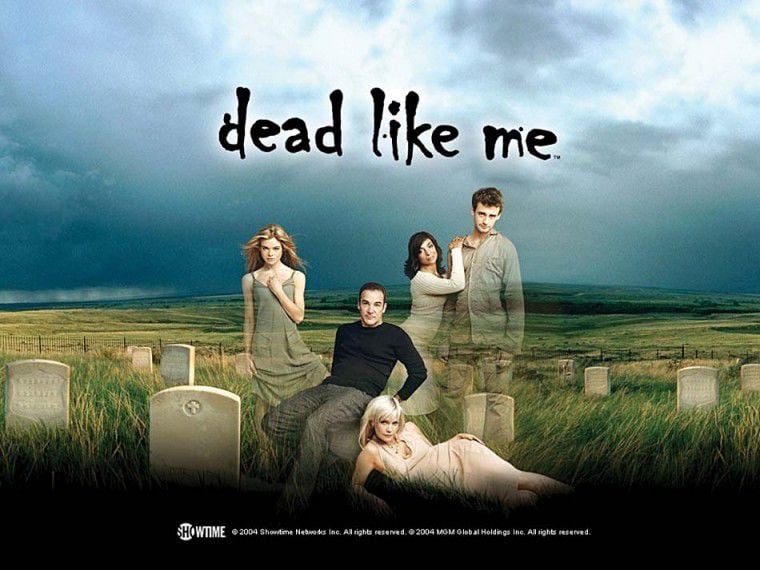 The canceled television series 'Dead Like Me' took a morbid but usually lighthearted look at the myriad ways in which humans meet their mortal ends. 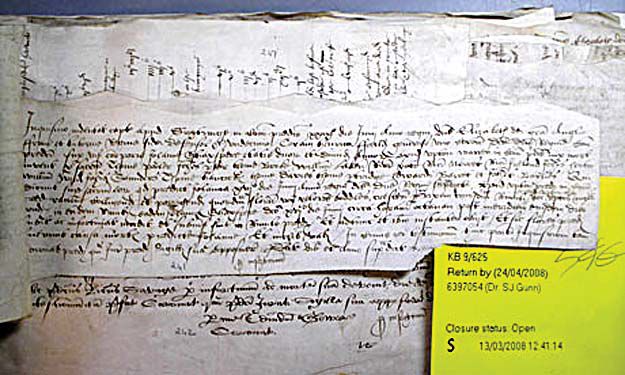 An Oxford University academic is leading a project to study coroners' reports of accidental deaths in Tudor England. The report above concerns the drowning death of Jane Shaxspere, whom researchers speculate may have been a cousin to William Shakespeare and an inspiration for HamletÕs love, Ophelia, who dies under similar circumstances. (Shakespeare was spelled in many different ways during WilliamÕs lifetime, though curiously never by him as ÒShakespeare.Ó)

The canceled television series 'Dead Like Me' took a morbid but usually lighthearted look at the myriad ways in which humans meet their mortal ends.

An Oxford University academic is leading a project to study coroners' reports of accidental deaths in Tudor England. The report above concerns the drowning death of Jane Shaxspere, whom researchers speculate may have been a cousin to William Shakespeare and an inspiration for HamletÕs love, Ophelia, who dies under similar circumstances. (Shakespeare was spelled in many different ways during WilliamÕs lifetime, though curiously never by him as ÒShakespeare.Ó)

Everyone has his or her own list of favorite TV programs that were idiotically cancelled. One of mine is Dead Like Me, in which Mandy Patinkin headed a grouchy crew of blue-collar grim reapers in charge of safeguarding the souls of Seattles recently departed.

In it, 18-year-old Georgia George Lass, played by pretty Ellen Muth, is struck and killed by a toilet seat that rockets down from space as Mir space station breaks up in the atmosphere. High jinx ensue as George learns the ropes of her new career, an unwillingly drafted handmaiden to death in all manner of wacky situations.

Some of daft ways in which real people actually die are absurd beyond belief  even if still terrifying to the people involved and sorrowful for their families.

Two researchers at the University of Oxford have been making news this month with their preliminary report on the start of a four-year study of official death records in the Tudor period, centered on the 1500s. Written in stilted Latin and requiring lots of deciphering, these coroners reports make it clear that Merry England was a bit of a health and safety nightmare.

Dr. Steven Gunn comments, Although the material we are studying is tragic, there are some deaths which could well be material for Laurel and Hardy or Monty Pythons upper-class twit of the year.

In addition to the spectator killed at a sledgehammer-throwing contest, Gunn makes special note of several eye-catching items:

One man shot himself in the head while trying to get out the arrow stuck in his longbow and another fell into a cesspit while relieving himself. At least three people were killed by performing bears  one bears value is listed as a princely 26 shillings and four pence [roughly $525 in todays money]. One unlucky man was standing in a garden on the edge of Coventry when a maypole fell over. It missed him and hit the city wall  but his narrow escape turned to disaster when a stone fell off the city wall, hit him on the head and killed him.

Some of the records ask more questions than they answer  one man crushed his testicles while playing a Christmas game and a Scottish man is recorded as dying after offering to demonstrate a pastime popular in his country which seems to have involved lying down and being tied up.

This got me thinking about deaths during settlement times in the Pacific Northwest. Closer to us in time and space, Pacific Countys 1891-1917 death register is lacking in amusement but rich in mysteries. These are cold cases that will never be solved, but we can at least remember them.

One that disturbs me is the report on Jane Millet, a 14-year-old Indian from Bay Center, who died Aug. 13, 1913, from having been Poisoned by carbolic acid. Was this suicide? Murder? Accident? I mourn her in any event.

Later in 1913 at the onset of winter, Rasmus Peterson, 59, committed suicide by revolver slug through the head at North Cove Lighthouse. Considering also the dramatic suicide of the keepers wife at North Head, who threw herself off the cliff in 1923, and it makes you think that lighthouses were not smart residential choices for depressed people.

It is astounding to see the large numbers who died in ways that have been mostly abolished by modern medicine, at least here in America. Death was depressingly frequent for newborns and their mothers. There cant be anything sadder than the notation Born dead.

People quite often expired from typhoid, polio, malaria, whooping cough and other diseases. Doctors of the time had to know a lot about the varieties of gangrene. Many, many perished of various types of tuberculosis, from 3-year-old Henry Kaino of Ilwaco in 1903 to 36-year-old Albert Jacobsen at his farm six miles north of Ilwaco in 1912.

Then, even more than now, logging was extremely dangerous. A sample from 1913:

Drowning, especially by kids, was appallingly common. For example, in 1912 Victor Clark Slingerland, 11, Lester Young, 11, and Phillip Winnerood Brooks, 9, died together. The Chinook Observer reported they were drowned in Spragues slough, near Ocean Park, last Thursday, being upset in a small hunting skiff. They got excused early from school, and they were not missed until suppertime, when a search revealed the accident.

Spare a prayer for the Henry brothers.

Observer editor Matt Winters lives in Ilwaco with his wife and daughter. An archive of his columns is available at http://mythtown.blogspot.com