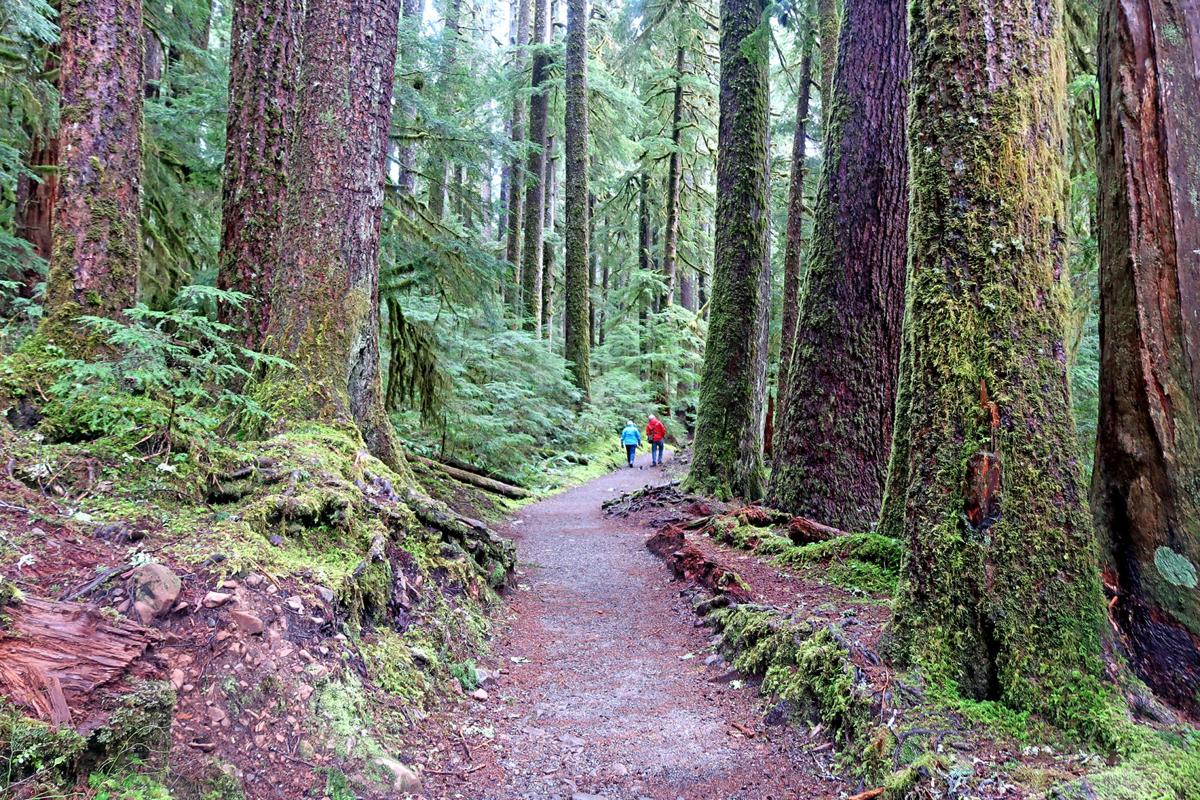 The deep woods of Pacific County provided solace and a little income for a girl hoping to make a good impression at a school event. 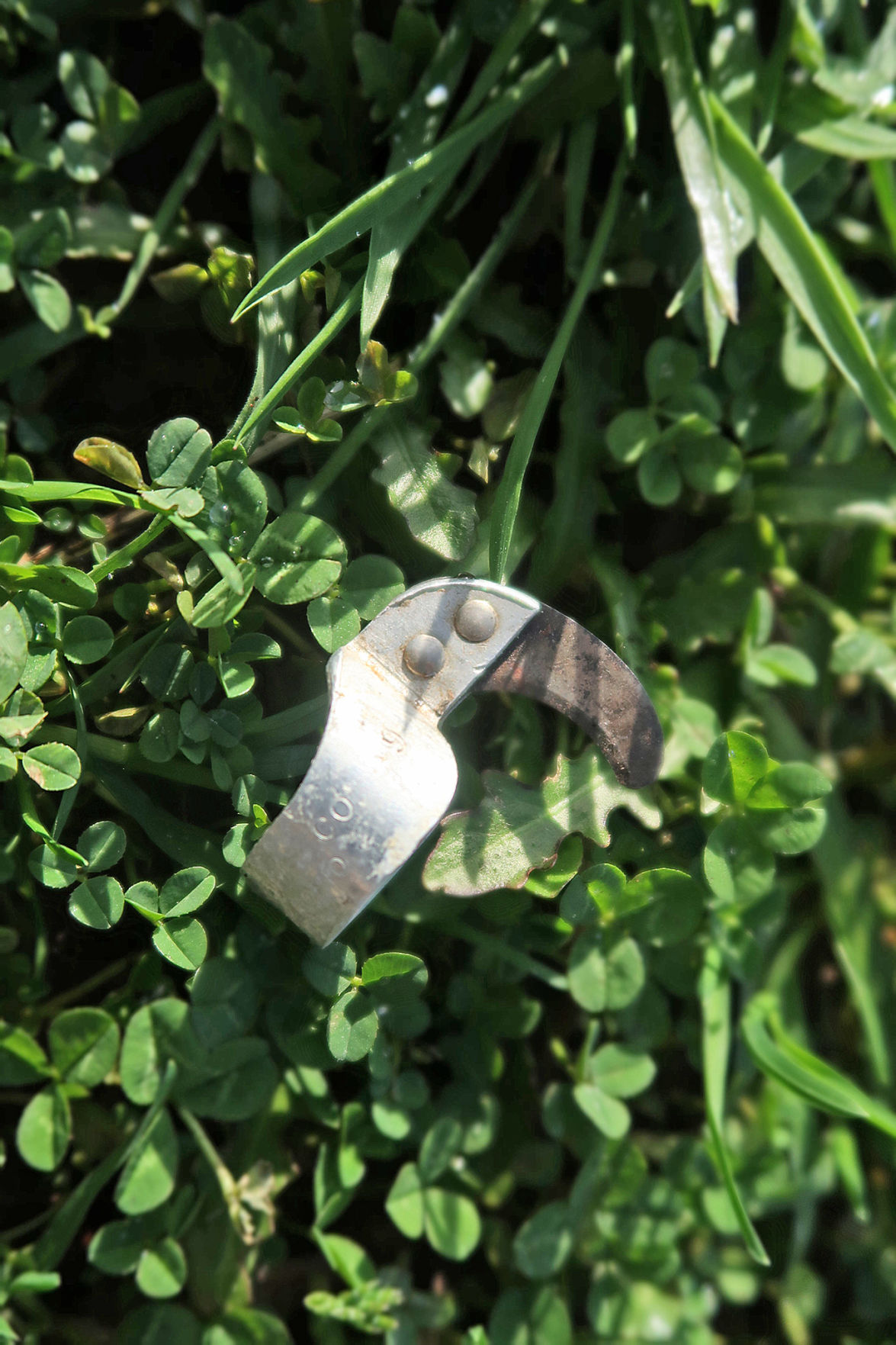 A fern ring is used to harvest sword fern fronds in the forest. The fronds are used in floral arrangements and as a component in traditional medicine. Selling them has been a cottage industry for generations in the Pacific Northwest. 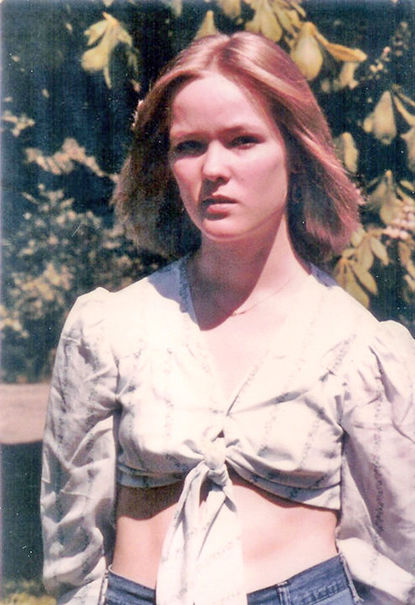 Leisa Jennings, pictured as a teenager, grew up in the make-do culture of Pacific County.

The deep woods of Pacific County provided solace and a little income for a girl hoping to make a good impression at a school event.

A fern ring is used to harvest sword fern fronds in the forest. The fronds are used in floral arrangements and as a component in traditional medicine. Selling them has been a cottage industry for generations in the Pacific Northwest.

It was a sparkling silver dress with five blingy sequins down the front, in the style of 1971, and made for a 25-year-old James Bond 007 model. I was a skinny 12-year-old, but drooled over the fashion models in the Spiegel catalog that came in the mail. The 7th-grade Willapa Valley School spring music concert was coming up and I was playing the drums in the back row.

I mentioned the dress to my mom, and she replied as she always did with, “I can make that.” But I wanted this one — this color — this material — this damned dress. I might as well have asked for a new Cadillac. As far as I could remember, my mom had expertly sewn all of the clothes for my sister and I, from school clothes to flannel pajamas and halloween costumes, and later a delicately laced, purple Gunny Sack dress for high school prom at the Swiss Hall in Frances. I heard that line from her many times as she cheerfully suggested, “Let’s get a pattern and I can make that.”

If a hunter or fisherman would have come upon me slogging in the woods, he would have thought I was a blue-eyed, green-feathered Sasquatch or at the least a soldier camouflaged for a military jungle operation.

And rest assured, she could. She had owned Jennings’ Upholstery Shop and through the years had stitched for most everyone in the Valley for the last three generations until she lost her vision in her 80s. She painstakingly and humbly sewed in accordance to our demands accurate to the style we presented to her. But it never turned out the exact color or material, or the right design of plaid. Why couldn’t mom understand that?

Growing up meagerly in the country — we didn’t have a TV, much less access to department-store shopping — my sister and I spent much of our time swimming in the cold waters of the South Fork River that rippled softly below my mom’s house. With our family lack of prosperity, I knew I was barking up the wrong tree.

My only option was to pick ferns and sell them. I could do this. I enjoyed the beauty and solitude of the green valley we lived in and was not bothered by rainy damp woods. In fact, I thrived in it and sometimes would lay down near a wet clump of ferns onto the soggy ground of pine and fir needles and let the rain gently cascade down my face. Ferns grew everywhere along the deer trails and Weyerhaeuser logging roads. It was a seemingly unending supply, and I could pick these green swords and sell them at the Raymond Callison’s in bunches of 25 for 13 cents a bunch to be used medicinally and for floral purposes.

I slipped my silver fern ring onto my ring finger. Its sharp, curved blade was designed to hook and cut a 24-inch fern. Every day after school for three weeks, the minute Jo, our bus driver, dropped me off on at our house, I changed clothes and headed up the gravel road and entered the vast forest. As it became near dark, I stumbled over logs with bunches of loose ferns in my arms blinding my way, occasionally face planting onto a soft forest bed. If a hunter or fisherman would have come upon me slogging in the woods, he would have thought I was a blue-eyed, green-feathered Sasquatch or at the least a soldier camouflaged for a military jungle operation. My face was scarcely visible through the huge bundle of ferns I carried in front of me tied with a rope.

After dark, I stood wet to my gizzards, sorting ferns by the light of a fluorescent bulb that hung from a cord in the red barn that my dad built just at the top of the river bank. My dad had made a box for sorting ferns. It was 24 inches long, with a cut across it about 4 inches up to lay the twine that would wrap the 25 ferns in a tidy bundle to the buyer’s specifications. I stripped the bottom four inches of the fern, gently flicked off an occasional slug, discarded any leaves with spots, neatly tied them and stacked them for delivery. When I had tallied up $15, I ordered the dress.

I was giddy when the package arrived in the mail. I wanted to kiss it. At first touch, it was much stiffer than expected. Had I mistakenly ordered a silver space suit? I willed myself to like it. I had to like it. But after picturing myself a blonde Susan Dey from the Partridge family for over a month, I was horrified as I slipped the silky dress over my bony neck and 7th-grade padded bra. It draped loosely over my adolescent body like a sack. Add a belt at the waist and a bone in my hair and I would have looked like Wilma Flintstone. Mom graciously tucked it in here and there. Well — we know exactly where. After the altering, I could pull it off but not with the confidence that I was anticipating. After the concert, I hurled the plastic junk it was into a bag and crammed it under my bed.

I learned the value of a dollar, but in addition, a great appreciation when my concert dress the next spring was a cool homemade pink gingham smock with hot pants underneath. Mom always knew best.

After leaving Willapa Valley at 17 to “catch the moon,” Leisa Jennings returned after 36 years following the tragic loss of her son. She wraps herself in the comfort and solitude learned in the hushed forests of Pacific County.