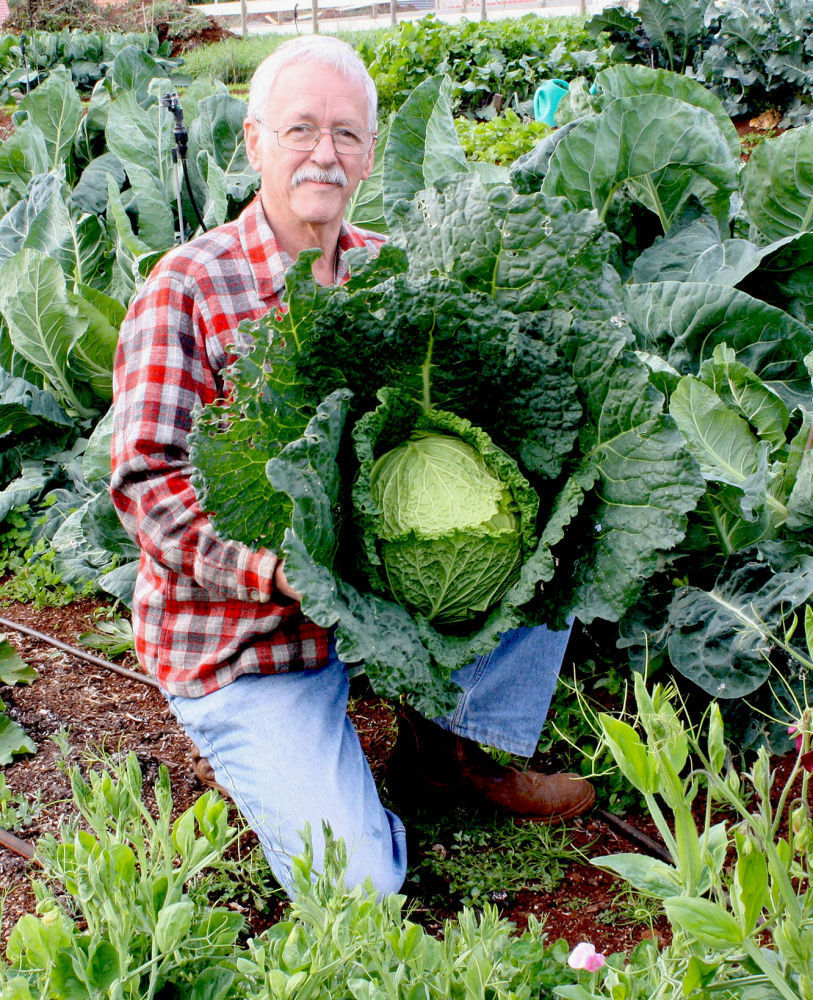 Its so wonderful to open Jayne Baileys Bakery and Café door and enter into a world of good smells, warmth and friendly chatter. Downtown Nahcotta was not the same when Jayne and Bob Kelim closed for a winter vacation. We couldnt get our scone-fix and  more than that  theres nothing quite like coming in from the cold to sit over a steamy bowl of homemade soup (and letting someone else worry about the dishes).

So heres my shout-out to all our local restaurateurs providing nourishment for body and soul through these dark days. But lets think about this a bit more deeply  where do our amazing chefs get their raw materials? Where does the magic start?

What does it cost to grow peas?

Jimella Lucas, Jim Karnofski, Mia Boyle and other slow-food revolutionaries have been scheming about local food policy for some time. So when I got the heads up about a meeting at Brady and Tiffany Turners Pickled Fish (the fourth floor restaurant at their Adrift Hotel) I ambled over to see what was cooking.

Farmer Fred Johnson was holding court explaining both his struggles and triumphs coaxing produce out of his soil. Ive been working my land for 10 years and I think Im finally beginning to figure out how to grow things  nobody grows better tomatoes  but what does it cost to grow peas? Im not sure.

Farming  especially the way Farmer Fred does it  takes a special kind of attention and personality. We do everything by hand, he says. You know I finally raised   my prices on greens to $7 a pound this year but whats the price for Earthbound [a commercial organic brand available in most grocery stores]  around $3.50?

The problem is that most of us want nutritious and, even better, locally produced food but we may not be willing to pay for it. But would we if we had a complete understanding of the benefits?

Freds greens go from soil to table in a matter of hours rather than weeks  they almost sing theyre so fresh  and flavor equals nutrition, measured in a fluid concentration called a Brix unit, as described by Kathleen Sayce in her column last week. An easy way to think about it is nutrition density. As Sayce said, The higher the Brix, the better. (One degree Brix is one gram of sucrose in 100 grams of solution.) Unfortunately, you wont see any nutritional or Brix data on vegetables in the store.

But the big question both for Fred and local chefs is would we, the consumers, pay a premium knowing that our food was produced locally and therefore was healthier for us? Fred is hoping folks will answer yes.

Gathered around the table to discuss this were many of our outstanding local restaurateurs. David Campiche, owner and proprietor of the Shelburne Inn, Restaurant and Pub asked, Is delicotta squash harder to grow? I dont know but it certainly makes for beautiful presentation on the plate. But we need to keep our food costs to 30 percent to be viable.

Lucas suggested chefs might ask Fred for specifics theyd like him to grow, or get a list from Fred on what grows best and when it will be harvested so they could do better menu planning. Turner queried Fred about delivery, Should we consider a central drop off point for fresh produce?

Kelim asked if Fred had a business plan. Well, thats what I trying to work out here, said Johnson. Maybe we form something like a commercial CSA [community supported agriculture]. My question is, how can we create a localized food system so that everybody wins? How can we securitize our dirt? What he means is that our soil is like a community bank account. Rather than being raped of its nutrients and bombarded with chemicals  the standard for industrial agriculture  Freds soil has been lovingly amended to produce healthful products.

Now we were getting down to the, ahem, root of the issue  soil. Fred has learned the hard way that youve got to feed the soil so it can feed you. Mr. Biochar, Jim Karnofski, has been preaching this for years and has been, behind-the-scenes, collaborating with long-time organic gardener and author Steve Solomon. He spent much of his life in rural Oregon founding Territorial Seed Company, which he sold in 1986 to retire. Now he lives in    Tasmania.

I skyped with Steve last year in the lead-up to publishing his latest book, The Intelligent Gardener, Growing Nutrient-Dense Food (new society Publishers, $19.95). Heres the essence of his message: First, you find out what the actual chemical nature of your soil is. Then you add nutrients calculated to bring that soil into a fertility profile that produces nutrient-dense food. Sounds simple, right?

Well, a mere 300 pages later and, if you successfully put Steves hard-earned knowledge into practice, you can accomplish that task. His book is practical, clear and thorough. Along the way, youll learn about geology, animal husbandry, chemistry, composting, remineralization and health. I couldnt recommend it more highly. But if youre not a gardener, there is still a role you can play as an educated citizen.

We all want to enjoy nutritious food lovingly prepared by our brilliant local chefs, but have we ever made it a priority, as a community, to support our local farmers? Arwen Norman, who pulled magic out of the soil from the Rutabaga Farm in Nahcotta and provided weekly bags brimming with produce, has thrown in the trowel. She will be looking for another place to farm. I dont know all the reasons for her move, but I cant help but think if we had supported her more and understood the profound importance of the task she was taking on, she might still be here getting ready for spring planting.

And, even after 10 years, Fred still has to interrupt his farming to refinish hardwood floors to make ends meet. Hes made a commitment to creating soil health in order to produce delicious food. I wonder if theres a way we can acknowledge the importance of this in our community and support his efforts?

I think Chief Sealth meant earth and soil as synonymous when he said, We are part of the earth and it is part of us ... What befalls the earth befalls all the sons of the earth. After all, as water and soil scientist Daniel Hillel points out, the Latin name for man, homo, is derived from humus, the stuff of life in the soil.