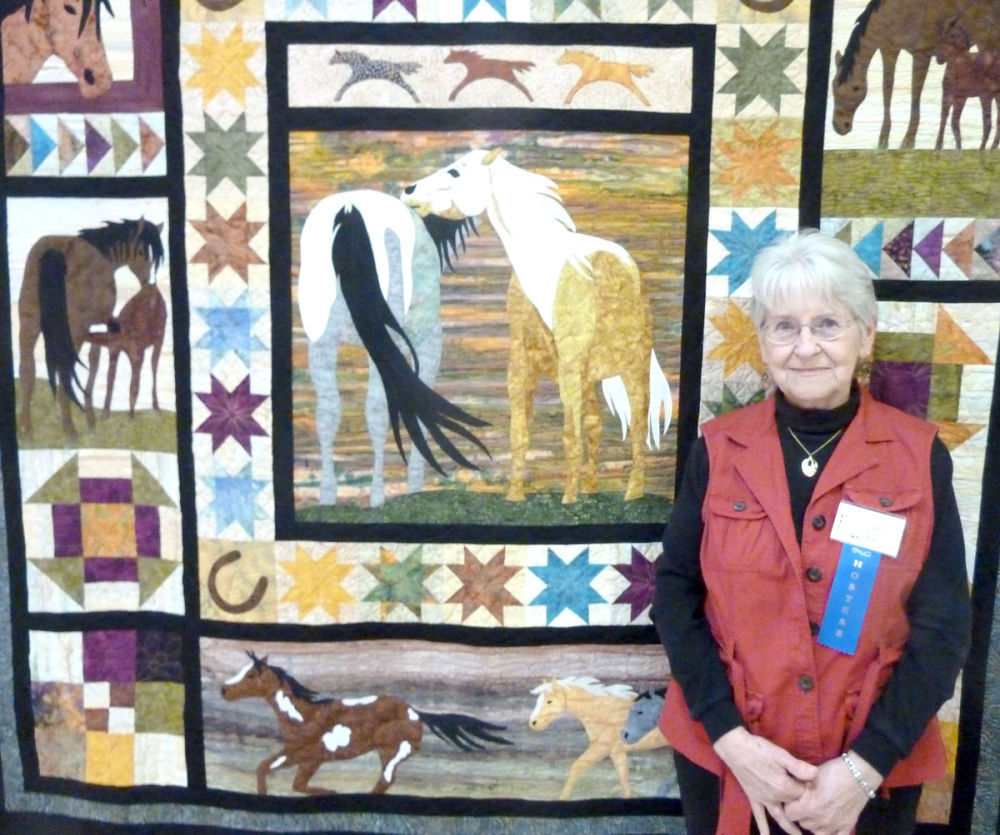 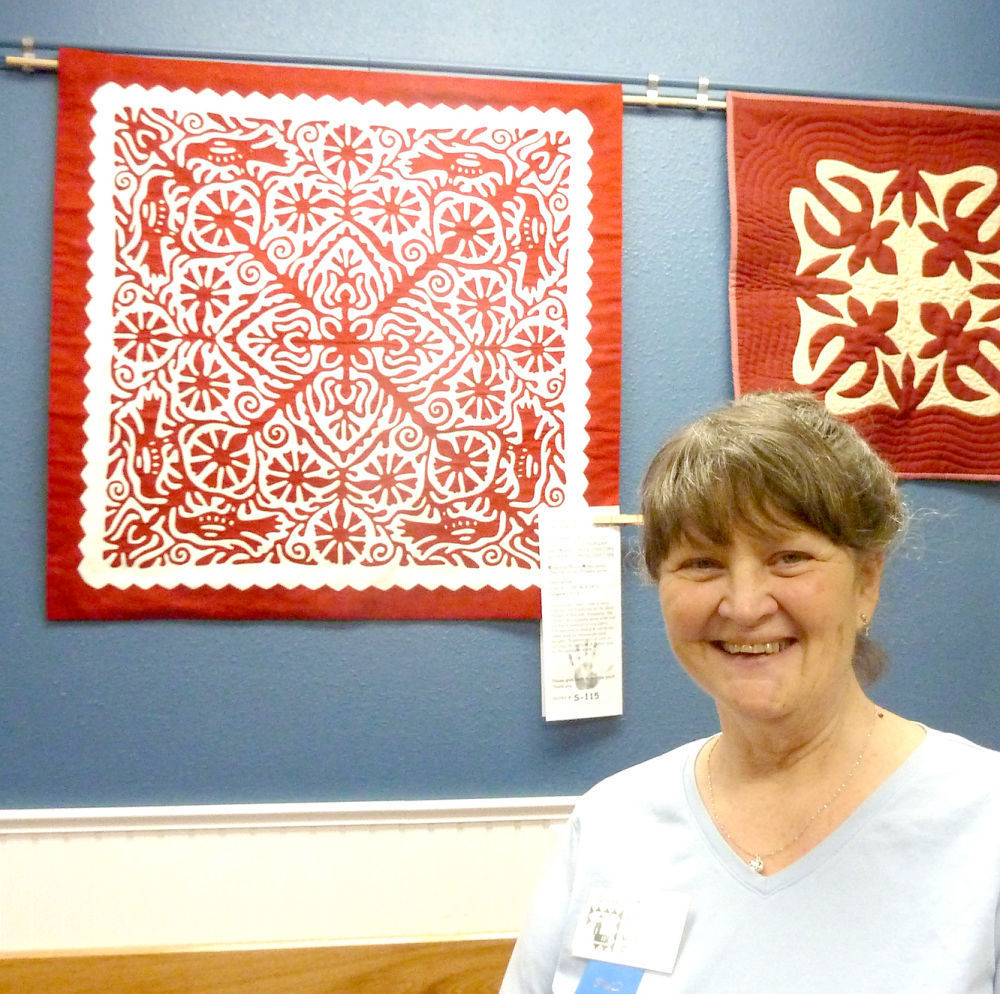 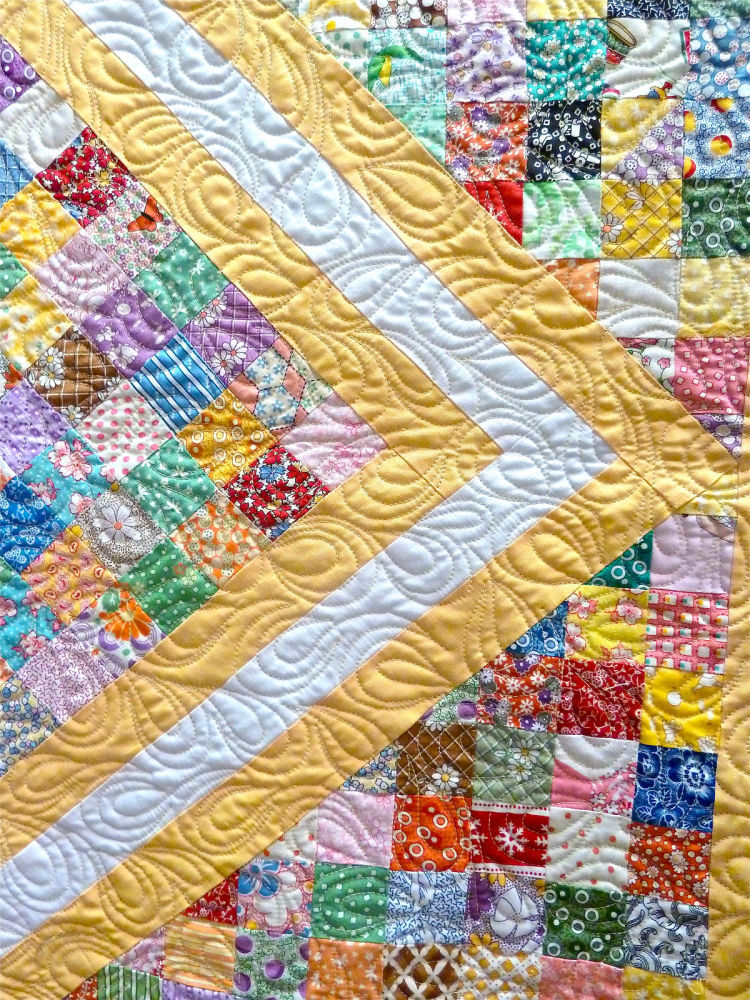 <p>Karen Snyder’s quilt “Confetti,” (detail) is made from small hand-cut squares from her own fabric design stash.</p><p></p>

<p>Karen Snyder’s quilt “Confetti,” (detail) is made from small hand-cut squares from her own fabric design stash.</p><p></p>

Weve been exploring feminism for Womens History Month. Its good to remember that not many decades ago womens issues were what women spoke only to their gynecologists about. Now we have other things to fret over: salary inequality, sexual harassment, domestic violence, gender equity, the glass ceiling, stay-at-home moms, reproductive rights, Title IX, gender-based violence, womens empowerment and myriad other topics.

It may appear that weve complicated our lives, but you cant change anything unless you can talk about it. (Its not that sexual harassment didnt exist before the term, but it was definitely in the closet.)

So this week, Id like to talk about womens art although many object to this designation. Poets are poets, actors are actors and artists are artists whatever gender. However, there are some long-standing arenas where women have excelled  and one of them was featured this past weekend at the Columbia Pacific Heritage Museum.

I was sitting in Betsy Millards library with other Community Historian Project steering committee members when Betsy announced she needed to go empty the museum so the Peninsula Quilt Guild could take over.

Guild members  whove been working all year for their annual three-day event  came in and, lickety-split, hung over 100 quilts on every newly bared wall of the museum from the exhibit hall to the community room to the break room off the kitchen. Who knew?

One of the stalwarts, Joan Stolz, who with Earlene Nichols was manning the welcome table, said, It took us one and a half hours to hang the show. Its always the third weekend in March every year. I really think we get more out of it than anybody else. Its such a great group of women and we bond so well.

Ill have to believe Joan but its difficult to imagine that the quilters enjoy what theyre doing more than those 740 lucky folks who managed to catch the show, because  and this is coming from someone who knows next to nothing about quilts  the show was absolutely fantastic! The variety of quilts, the stunning quality and range of techniques and the total number of hours spent on these magnificent works of art is hard to fathom.

Quilts are made by women  its a practical occupation because everyone in a womens household needs bedding and the men are, generally, working outside the home. So basket making (and the museum also has some exquisite baskets on display), quilting, weaving and other fabric-arts have typically been womens work.

True to form, most of the show attendees were women. A few brave men were hanging around, and one, Ron Dodson, was the collaborator for wife Junes Animals Galore. (Ron runs the so-called long-arm quilting machine which stitches cloth together with quilt batting and backing on a 14-foot-long table. There are several long-arms on the Peninsula.)

Joan notes that though all 60 members of the guild are women, anyone is welcome. (The exciting news about contest winners  everyone who viewed the show got a ballot  is posted on the Peninsula Quilt Guild Facebook page.)

Betsy Olson Evans grew up on the Peninsula in the 50s; her father Bob was the principal at Ilwaco High School. Her amazing first-place award-winning small quilt, A Little Village Called Buzsak, caught my eye. Though she said the pattern is a Hungarian tradition, I recognized the technique as Hawaiian right down to the bold fabric colors, red against white.

This quilt, folded and cut in an appliqué technique, took me 150 hours to make, said Betsy. First I transferred the pattern onto the red fabric, then lay the red over the white fabric. Then you have to carefully cut away around the pattern so the white fabric shows through. The red fabric cant be cut first because there is no way you could place it down properly afterwards. Then all the edges must be stitched. Not only does Betsy still have her eyesight intact, shes planning on making a bigger Hawaiian style appliqué quilt next year.

Karen Snyder displayed the dazzling quilt Confetti, made of roughly a zillion 1.5-inch squares. Karen designs quilting fabrics and many of the confetti squares were from her stash.

As she explained, My friend, Robin Anderson from Kelso, adapted this pattern from a quilt she saw in a magazine years ago  shes made seven of them! She makes one for each of her nieces and nephews when they get married and she has 14! Weve always referred to them as niece and nephew quilts but I think a proper name would be Postage Stamp Variation. All the squares were cut individually. There are modern techniques  where you cut strips and sew them together then cut across the rows  that would make it faster, but I wanted it very scrappy and to do it the old-fashioned way.

Often when I make quilts its to support a new fabric collection or book or pattern Ive designed, so I dont give them away. I need to keep them for lectures and teaching. So, when I make a quilt just for fun, its up for grabs! Daughter Melissa has called dibbs on this one. (Now how can I get into the Snyder/Anderson families?)

Large quilt first place award winner was Earlenes Horsin Around, a secret pal collaboration with Sue Grennen. Secret pals sign up at the first of the year then send their pal a new quilt block every month. Sue started the horsey theme and Earlene finished the quilt adding the last panel across the bottom.

I was also fascinated by The Garden of Oz by Janet King. Janet said This is a fun technique where you take four pieces of fabric, cut them apart just a little bit differently and sew them back together. I dont know about you but Id call it Too Much Caffeine.

In related news: Barbara Poulshock, our Peninsula musician-in-residence, is at it again. Shell be directing a Peninsula Association of Performing Artists production of The Wizard of Oz. PAPA member and producer Cindy Flood writes that Barbara wants to use a creative, new approach to the characterizations of these familiar characters. This is a great show for families as there are roles for both adults and children.

Women dont have to hand-make bedding anymore, nor do they have to sing for their suppers. But thank goodness were blessed with plenty of women artists enriching our communities.