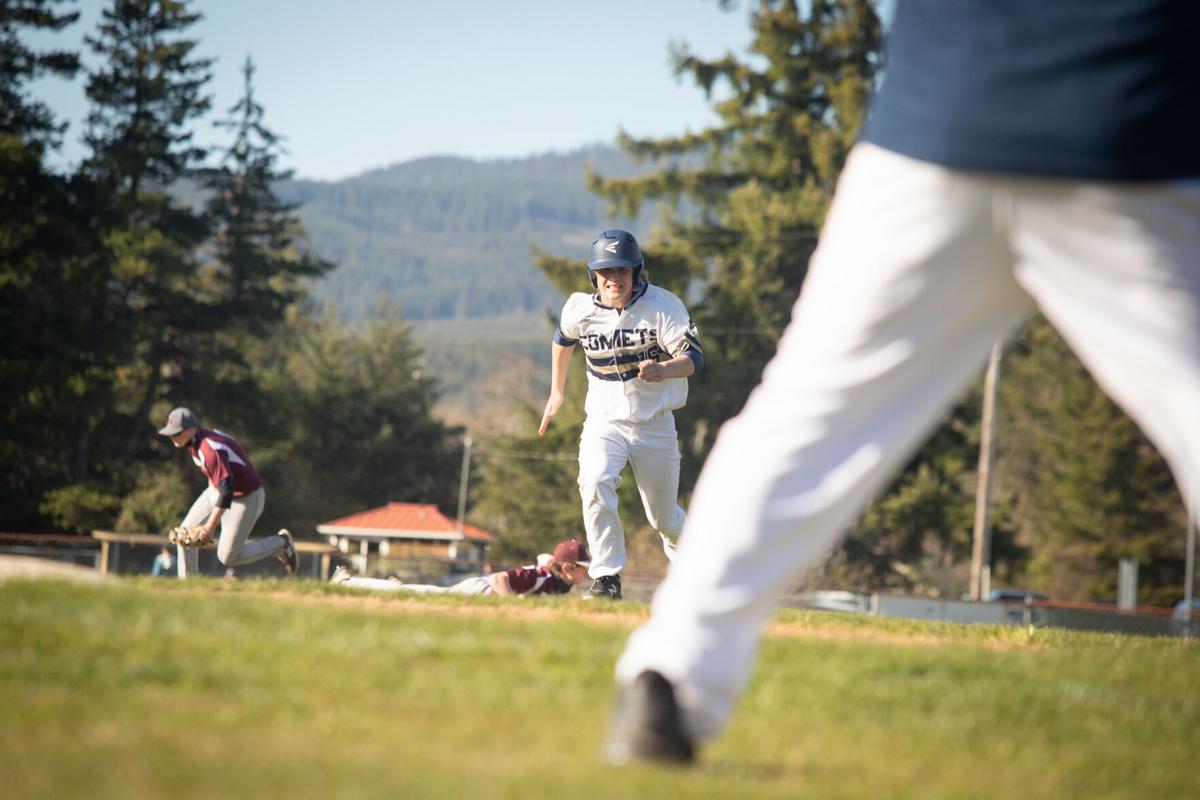 Naselle’s Jerred Laney digs for third base during a game against Montesano. 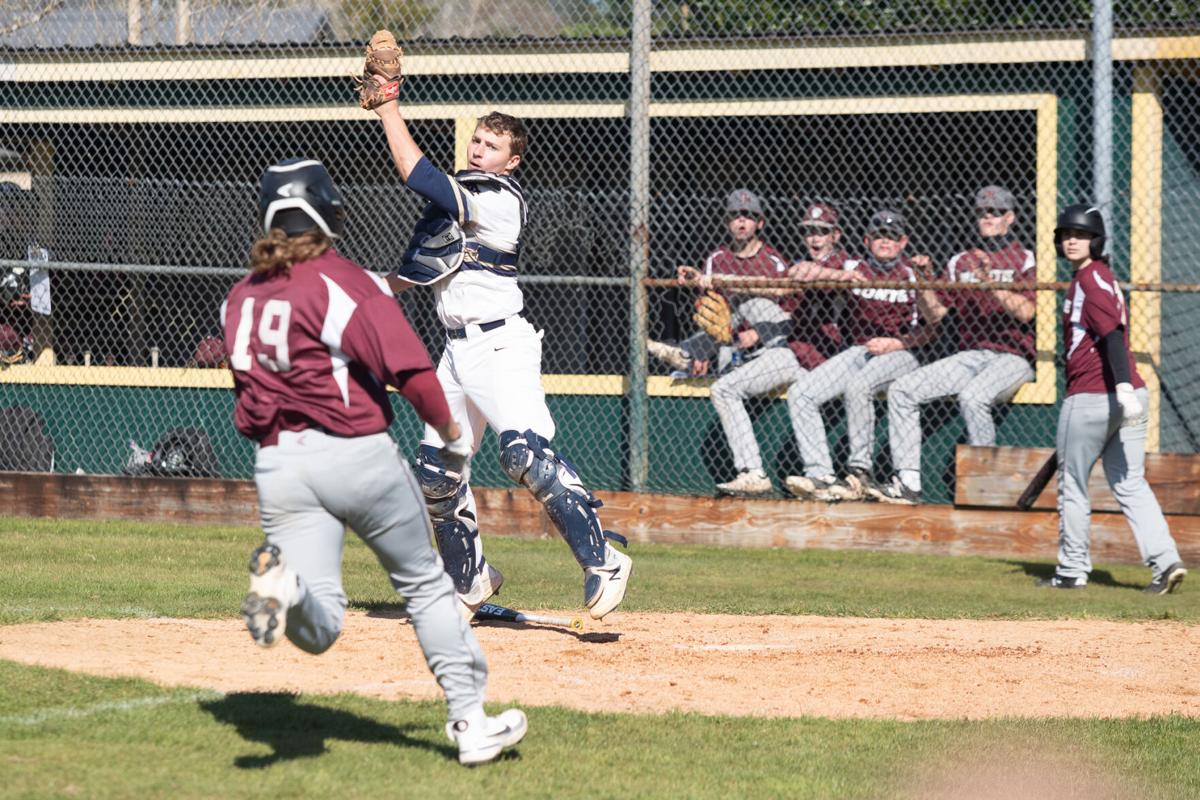 Naselle catcher Jimmy Strange prepares to make a tag at the plate against Montesano. 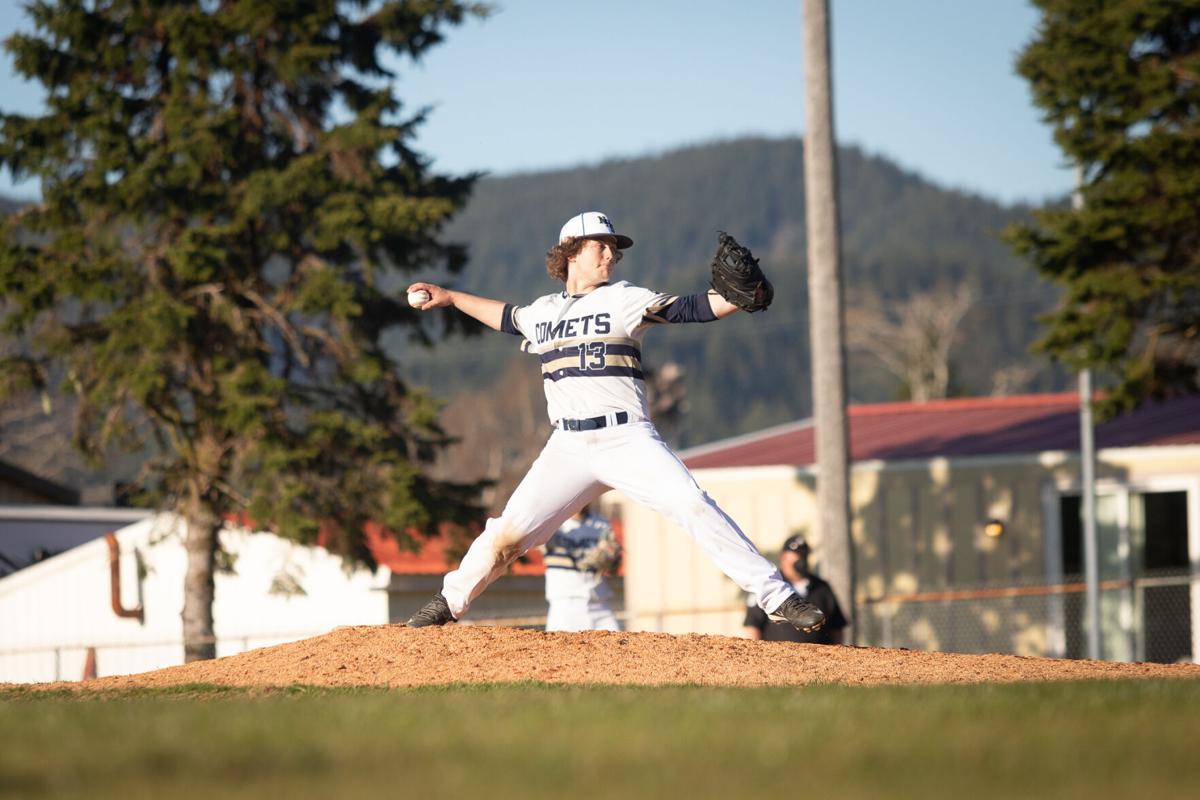 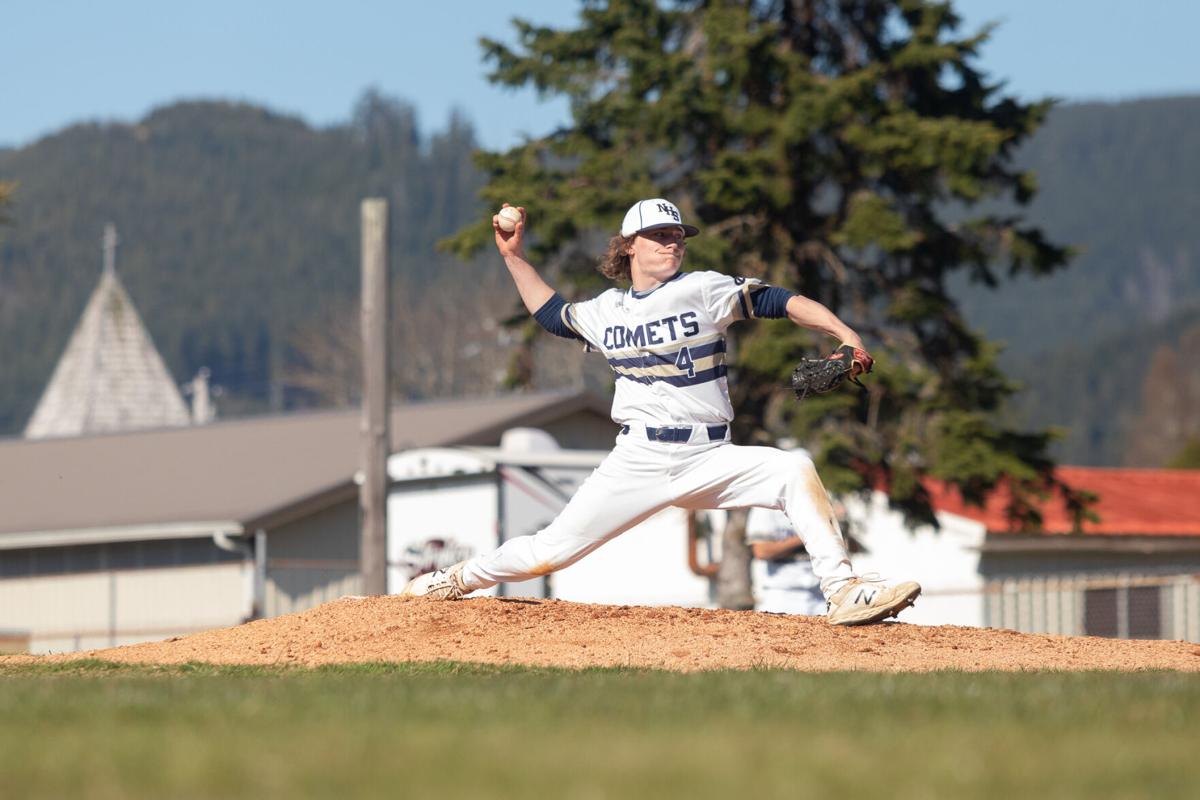 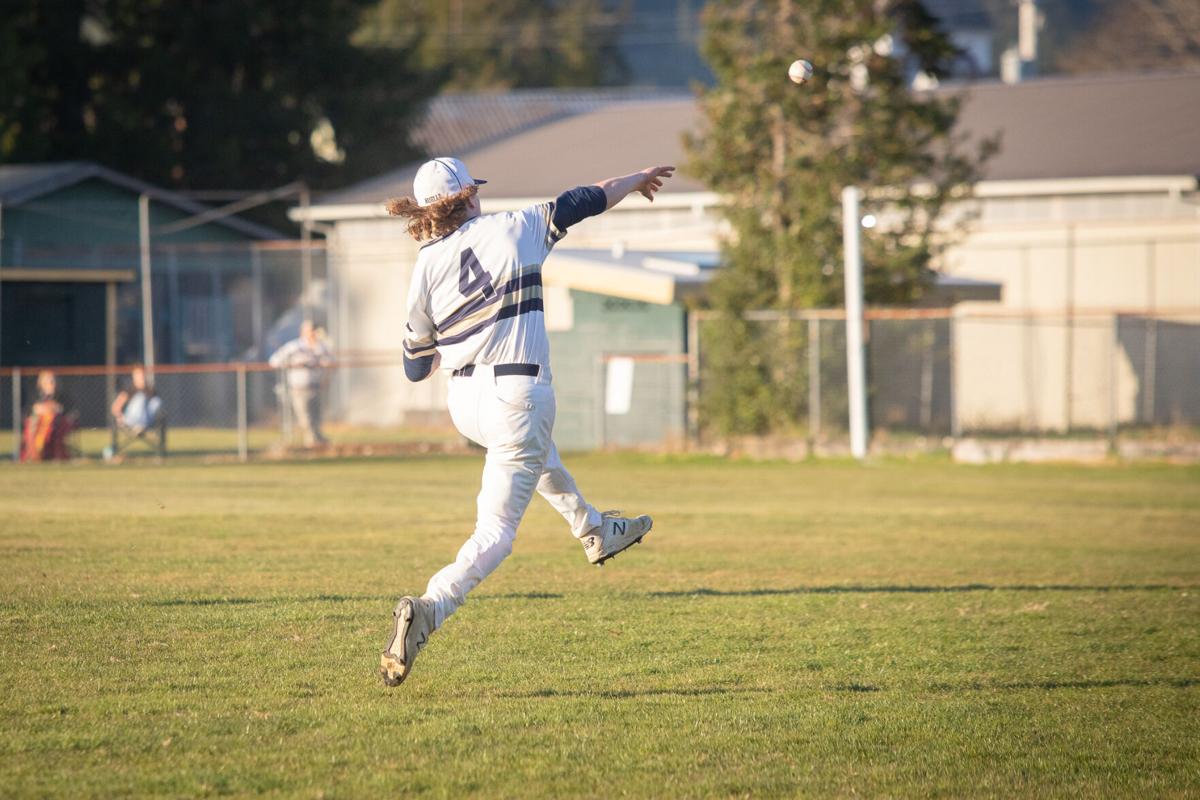 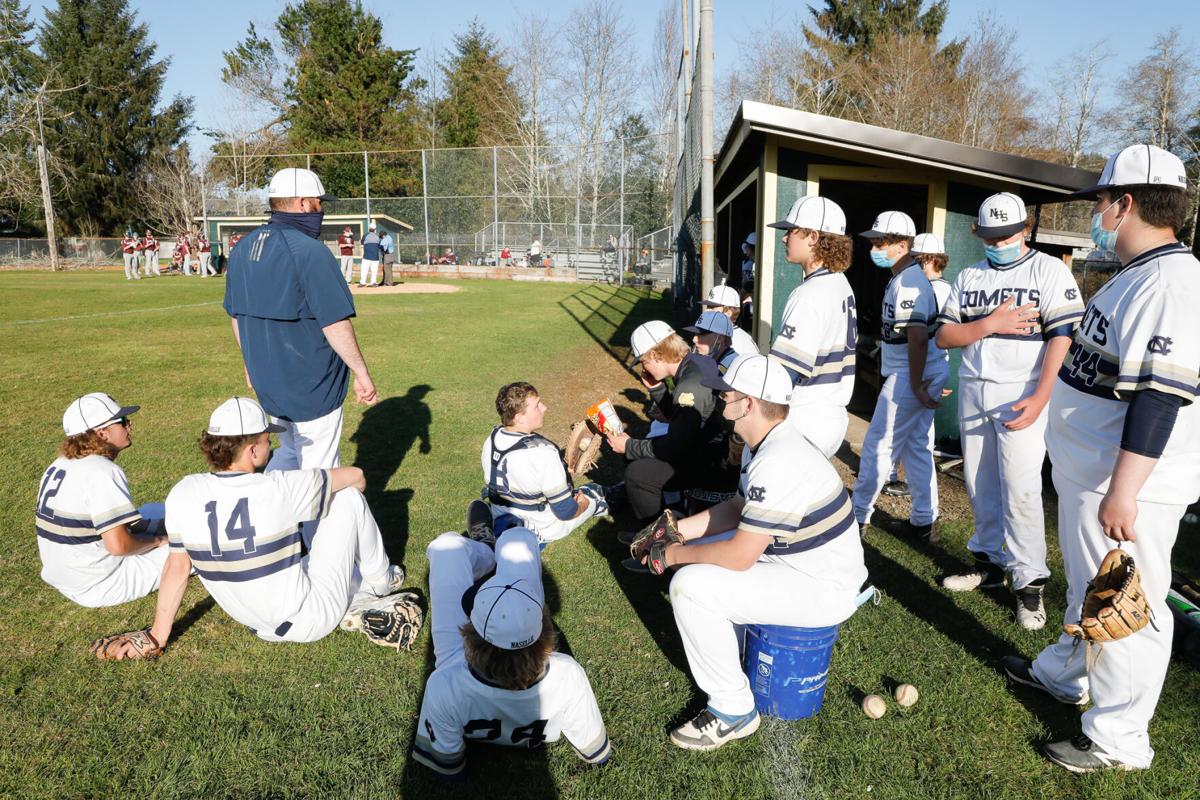 Naselle players rest between a doubleheader with Montesano.

Naselle’s Jerred Laney digs for third base during a game against Montesano.

Naselle catcher Jimmy Strange prepares to make a tag at the plate against Montesano.

Naselle players rest between a doubleheader with Montesano.

NASELLE — After blazing through their first five opponents by a combined 80-13 margin, the Naselle baseball team met their match in Montesano during a doubleheader Thursday, April 15 in Naselle. The Comets (5-3) lost both games to the Bulldogs (4-4), 8-5 and 15-5 respectively.

In the first game, both teams struggled to score runs early on.

Comet starting pitcher Joey Strange showed velocity with a hard fastball that kept the Bulldog batters in check until the fourth inning, when Montesano’s slim 1-0 lead ballooned to 3-0. Montesano extended the lead to 8-0 before Naselle began to show signs of life on offense in the bottom of the sixth inning.

Back-to-back singles and a beaned batter loaded the bases for Naselle and put pressure on the Montesano, resulting in a walk and a balk, trimming the score to 8-2. Naselle’s Jack Strange followed with an RBI single which prompted a Montesano pitching change. The Comets kept the rally going with a Joey Strange RBI single to center, cutting the lead to 8-4. Naselle would add one more run before the rally ran out of steam, ending with an 8-5 Comet loss.

In the second game, the Comets again got off to a sluggish start offensively as the Bulldogs built a commanding 7-0 lead through the fourth inning before Naselle woke up and began to battle back.

Naselle’s Joey Strange broke the scoreless streak by stealing home during a two-out rally in the bottom of the fourth.

Jimmy Strange followed with a stand-up double to left center and was brought home when Clay Bergeson drove a deep shot to right field fence.

The Comets tightened up defensively and held the Bulldogs scoreless through the next frame, but were unable to cash in on their own scoring opportunities and left three stranded to end the fifth inning, keeping the score at 7-2 heading to the sixth inning.

In the final two innings, the Bulldogs used a combination of timely hits and unforced errors to blow the game wide open en route to a 15-5 victory.

Ep. 191: The calm before the storm in football recruiting; NU will not host baseball regional