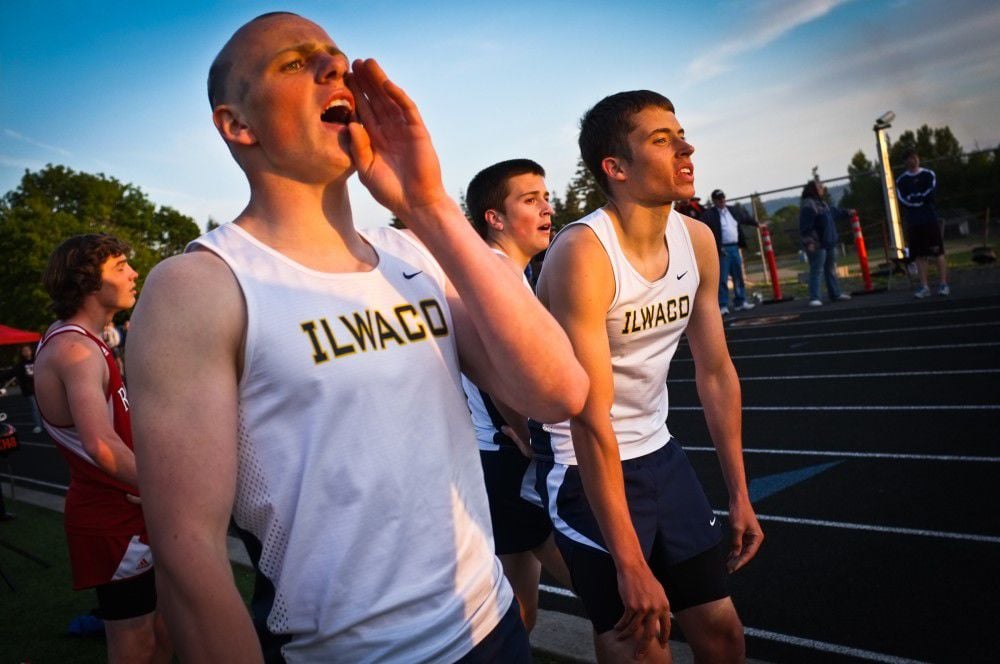 <p>As Brandon Malmsteadt comes down the stretch, his 4x400 relay teammates Justice Schenk, Ben Ahlin and Corbin Sutherland cheer on his effort. The team advanced to the 1A state championship meet by placing second in the race, just .9 seconds behind first place winning Elma.</p> 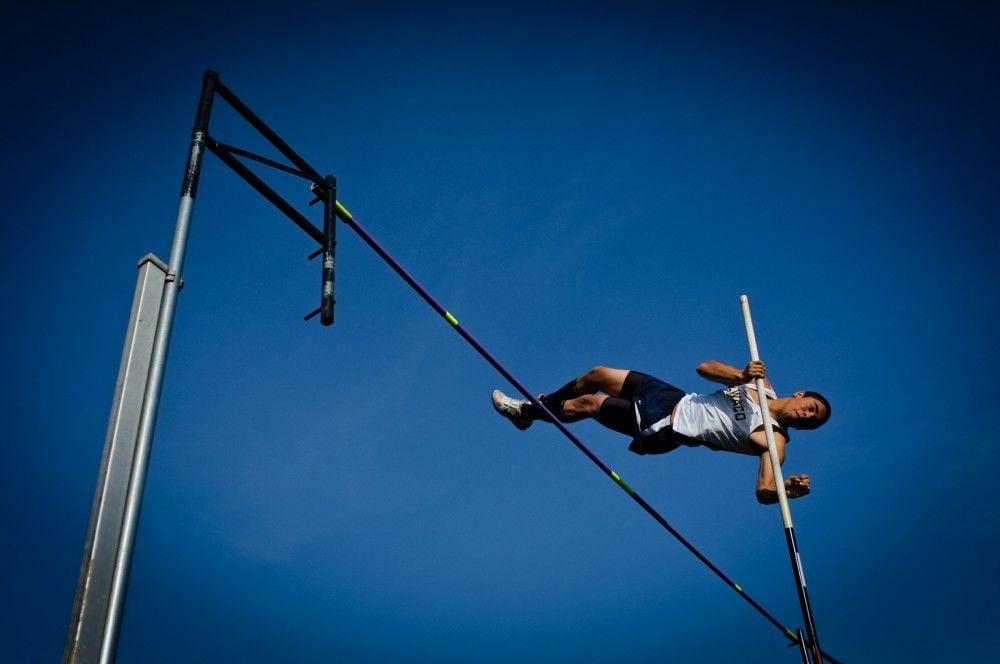 <p>Clearing 11-feet-6 in fewer tries than teammate Ben Ahlin was enough to send senior Josh Berteaux to the state championships for the second straight year.</p>

<p>As Brandon Malmsteadt comes down the stretch, his 4x400 relay teammates Justice Schenk, Ben Ahlin and Corbin Sutherland cheer on his effort. The team advanced to the 1A state championship meet by placing second in the race, just .9 seconds behind first place winning Elma.</p>

<p>Clearing 11-feet-6 in fewer tries than teammate Ben Ahlin was enough to send senior Josh Berteaux to the state championships for the second straight year.</p>

KALAMA  Javelin throwers Leticia Cervantes and Cindy Pacheco, hurdler Valerie Lindstrom, and Josh Berteaux in the pole vault all qualified for the 1A state track meet by finishing in the top four places at the district track meet in Kalama May 18. Ilwaco 4x100 and 4x400 relay teams finished fourth and second, respectively, to also qualify for the big meet, held May 25 and 26 in Cheney.

Ben Ahlin, Justice Schenk, Brandon Malmstadt and Corbin Sutherland packed the baton in the 4x400 and finished in a time of 3:33.09, their best of the season by a whopping three seconds, and just .9 seconds behind first-place Elma. Berteaux, Ahlin, Malmstadt and Schenk were fourth in the 4x100 relay for the Fishermen in 45.31, their top time of the year.

Cervantes threw the javelin 103-feet-11 and Pachecos toss of 101-feet-7 earned both a trip to state by finishing third and fourth, respectively, in the event. Lindstrom placed fourth in the 300-meter hurdles in a time of 50.07, her fastest time of her freshman season by nearly two seconds  an IHS school record.

I was really excited when we made it to state in both relays, Malmstadt said. I had my best split ever in the 4x400 at 50.4 seconds. It was pretty scary in the 4x100. Justice, me, and then Josh had us in second place. A couple of teams passed Ben, but he was able to hold off the kid from Rainier to get us fourth place. Well practice our form for handoffs and do some speed work this week.

I was in lane 7 and Darrin Love from Tenino, who beat me for fourth place was in lane 2, so I just got a glimpse of him at the end of the 200. I got off to an excellent start, but he was ahead of me with 10 meters to go and I didnt quite catch him. It looked like he was just a half step ahead of me at the finish line, Malmstadt related.

You finish in the top four, you get a week more, Berteaux stated poetically after qualifying for state in both the pole vault on fewer misses and in the 4x100 by less than a half second. It was nerve wracking in the relay because I was in second when I handed off and the other teams all have really fast anchors. I was tired because I had only gotten two hours of sleep in the last 38 because I went to advanced fire training Wednesday and Thursday. I want to have a solid, focused week of practice and finish better than sixth place like I did last year at state in the pole vault, Berteaux said.

In the 4x400 I ran the third leg and we were second behind Elma when I got the baton. At the end of my leg, the kid from La Center passed me, but Brandon passed La Center to go back into second on the first turn. We are in the top six in the state so Im hoping we can come through with a medal. I missed going in the 1,600, but I would have had to run my PR by quite a bit and that miracle didnt happen. Im really excited to be a part of the relay team that is going to state, Corbin Sutherland stated.

Valerie was very, very nervous all day before the meet, but she ran an amazing race and made it to state and broke the school record. Leticia and Cindy both threw well and are happy to have another chance to compete next week. Tawnie was so close in the high jump. She slipped in her second attempt during the jump-off for fourth and unfortunately did not make the cut, coach Sarah Taylor said.

The 4x100 ran very well and set a season PR. It was an exciting race. Josh didnt set a personal record in the pole vault, but still was able to qualify for state. The 4x400 had a great day. They all ran well and blew away their past team PR. Kalama runs a good meet and even with a couple of disappointments, things went pretty well for us, Taylor concluded.

The boys team was seventh with 33 points and Hoquiam won with 120. On the girls side, Ilwaco was 13th and Kalama edged Ridgefield 70 to 68 for the team title.