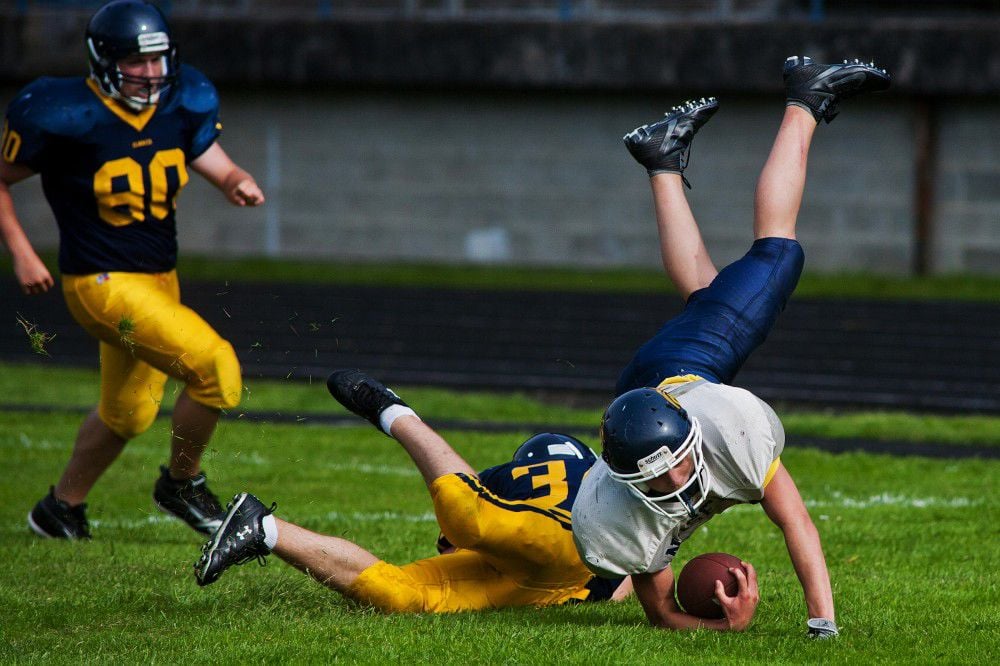 <p>Naselle running back Sam Scrabeck tumbles after a jarring hit that ended a long run during a scrimmage with Ilwaco Thursday.</p> 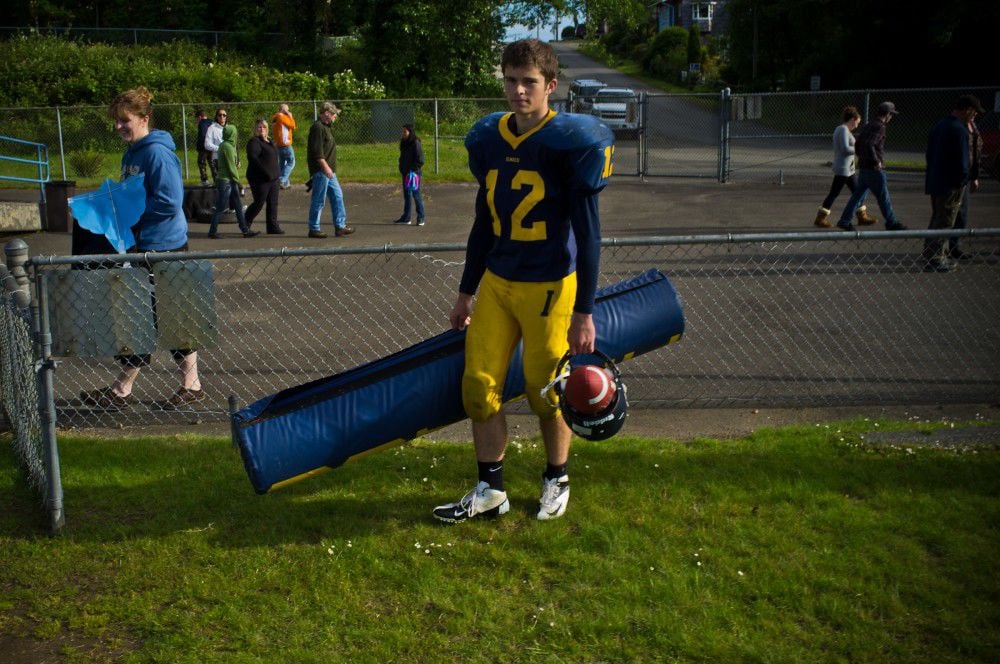 <p>“I need to definitely improve my timing with the receivers, but I threw the ball pretty well in the scrimmages,” said IHS quarterback Eric McMillan.</p>

<p>Naselle running back Sam Scrabeck tumbles after a jarring hit that ended a long run during a scrimmage with Ilwaco Thursday.</p>

<p>“I need to definitely improve my timing with the receivers, but I threw the ball pretty well in the scrimmages,” said IHS quarterback Eric McMillan.</p>

ILWACO  The only time the Fishermen and the Comets will meet on the football field in 2012 was last Thursday. The game was a controlled scrimmage at Peterson Field in Ilwaco and everyone was declared a winner in learning alignment, assignment and techniques.

The Comets were led by the two touchdowns from Sam Scrabeck, another by Tony Lopez and a couple TD catches for Chandler Chapman. The Fishermen countered with a drive that was capped off by Tom Odneals burst to paydirt behind the wedge blocking of his teammates.

A total of 14 Naselle players and another 24 from Ilwaco lined up Thursday in a scrimmage where each team alternated 10 plays on offense and 10 plays on defense. The teams alternated between varsity and JV players.

Recovering a fumble for Ilwaco was Mike Warner, and Cole Bergeson pounced on a loose ball for the Comets. Chandler Chapman snared an interception for Naselle and Brandon Sparks picked off a pass for the Fishermen.

The scrimmage culminated spring football workouts for both schools during the month of June. Ilwaco also visited Castle Rock for a jamboree of controlled scrimmages (no kickoffs or punts and quick whistles to avoid injury), where they played very well according to Ilwaco coach Kevin McNulty.

Naselle coach Jeff Eaton was happy with the efforts of his team during the spring workouts.

Neither team will be participating in the football camp at Camp Rilea this summer as in years past.

Our spring practices have been pretty productive, said IHS quarterback Eric McMillan. We have learned our plays, and especially at Castle Rock we found out we can hang with the other teams in our league like La Center and Kalama.

Our line was pretty physical and we were able to run the football, he said. I need to definitely improve my timing with the receivers, but I threw the ball pretty well in the scrimmages.

McMillan cited time in the weight room as a reason for his improved quickness and strength.

Our team is close knit and we work well together. The light workouts this spring were great, McMillan said.

Naselles Levi Wasmundt said, Weve been working since after Memorial Day and the first few days we couldnt wear pads, but after that we went all-out. At first all we could do was walk through plays, but when we got to block and tackle it was more fun.

I saw the film of our scrimmage and I did some good stuff, but also saw things I need to work on, like firing off the ball and using the power from my hips more, Wasmundt said. I have been lifting weights and now I need to use the muscle Ive put on by lifting, he concluded.