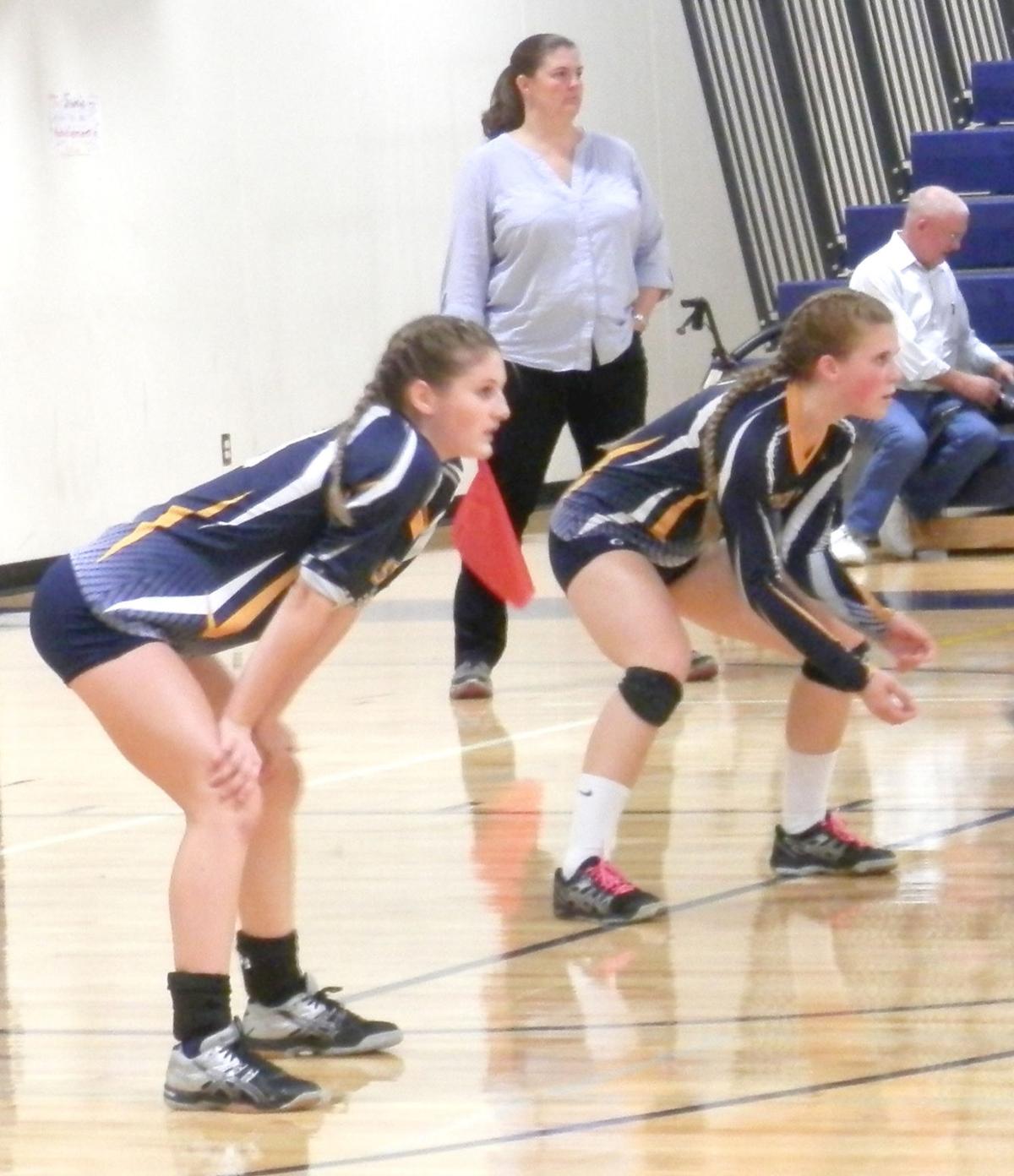 Naselle's Ellie Chapman, left, and Kendra Leeland and proved a formidable combination across the net from Ilwaco Thursday as both teams opened their 2015 volleyball campaigns. Naselle won the contest in three sets. 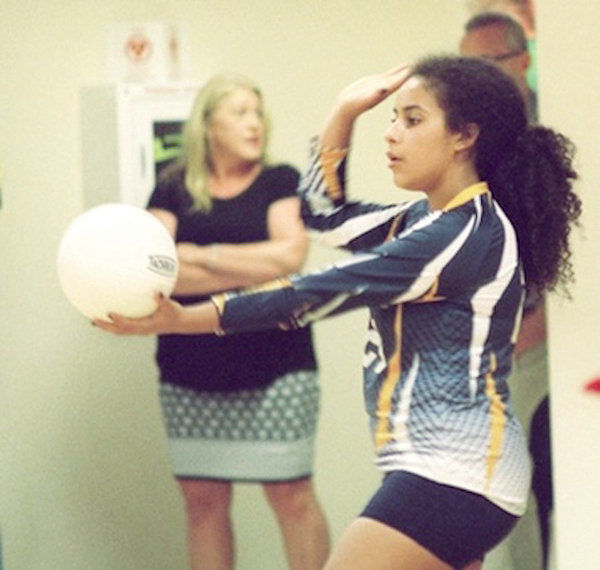 Raja Estes, pictured shaping up to serve, came off the bench to add enthusiasm to the Naselle volleyball team.

Naselle's Ellie Chapman, left, and Kendra Leeland and proved a formidable combination across the net from Ilwaco Thursday as both teams opened their 2015 volleyball campaigns. Naselle won the contest in three sets.

Raja Estes, pictured shaping up to serve, came off the bench to add enthusiasm to the Naselle volleyball team.

Like Julius Caesar, the Naselle volleyball team showed up and conquered.

Unfortunately for Ilwaco, it was on the receiving end.

Naselle opened its season Thursday with a three-set victory. The nonleague win is only good for braggin’ rights, though, because the Pacific County teams play in different WIAA classifications.

The teams traded points and Ilwaco inched ahead as the first set progressed back and forth. Two long rallies with Naselle ahead at 22-20 and 24-20 showed the Fishermen were fighting.

In the second, Naselle pulled ahead before the Fishermen dug deep to reach 22-22, then 24-24. The third set saw Naselle power out to an 11-point lead before the Ilwaco players clawed their way back, only to lose the final key points.

Naselle head coach Kim Eaton and assistant coach Marie Green were all smiles as they packed up their kit before the short return trip home.

But earlier in the week they had been coping with nervous squad members who were “wound up” at practice, Eaton said.

Naselle’s serve to start the match hit the net and turned the ball over.

“There are always first-game jitters. Getting them to calm down is the key,” she said. “They just kind of play through it.

“There are some issues that we are having that we need to address — communication and transition issues — that we will be getting into.”

Junior Ellie Chapman led the Comets with six kills and six digs. “Ellie did a good job with serve receptions. It’s all about getting into position behind the ball.” the coach said.

Ilwaco coach Rachelle Ridout saw promise. “We performed very well for our first game,” she said. “I am happy with their effort, and performance, and especially their energy, and we are looking forward to continuing that. No one person stood out, it was a team effort, with everyone contributing in different ways.”

Ilwaco was to play at Wahkiakum Tuesday and hosts its third game 7 p.m. Thursday against visiting Oakville. Naselle plays its second game at Ocosta Thursday.

The Pacific County rivals will both play in the North Beach tournament Sept. 19 then have a rematch of last week’s season-opener in the Naselle gym Sept. 22.

Badgers in the NFL: Check out top performances by former Wisconsin players in Week 1