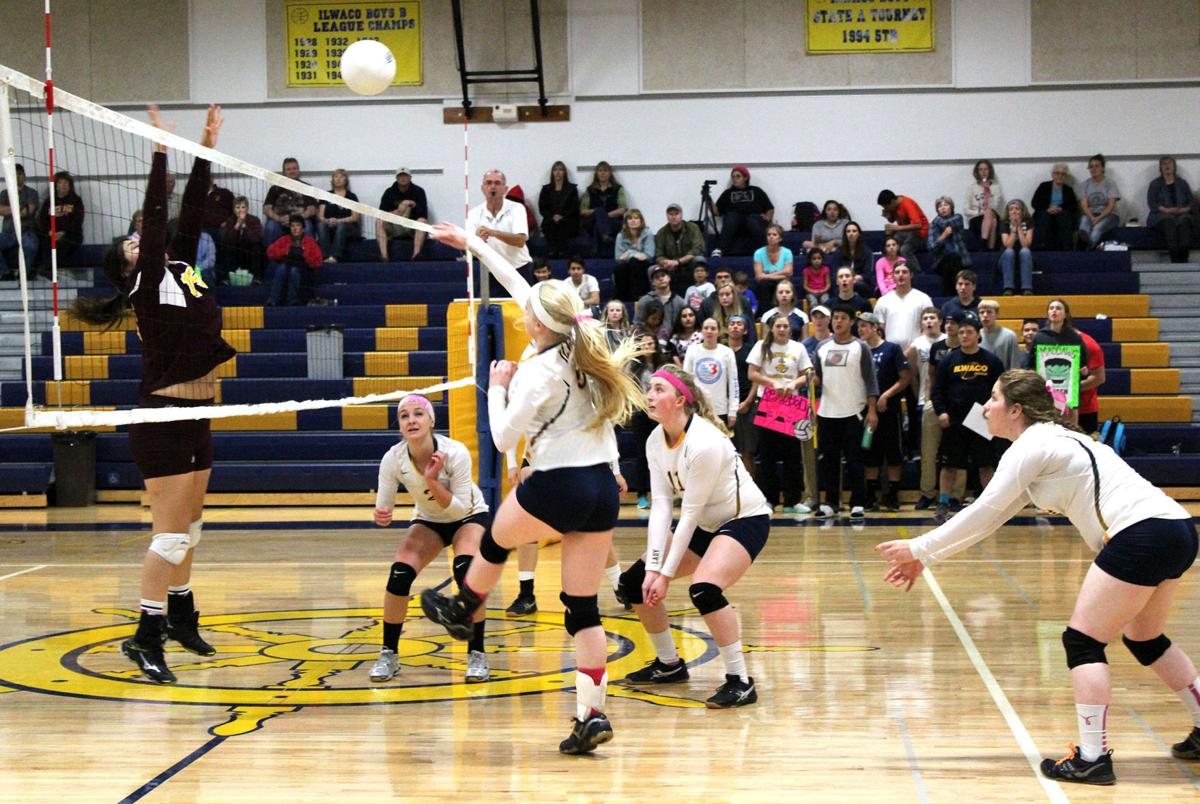 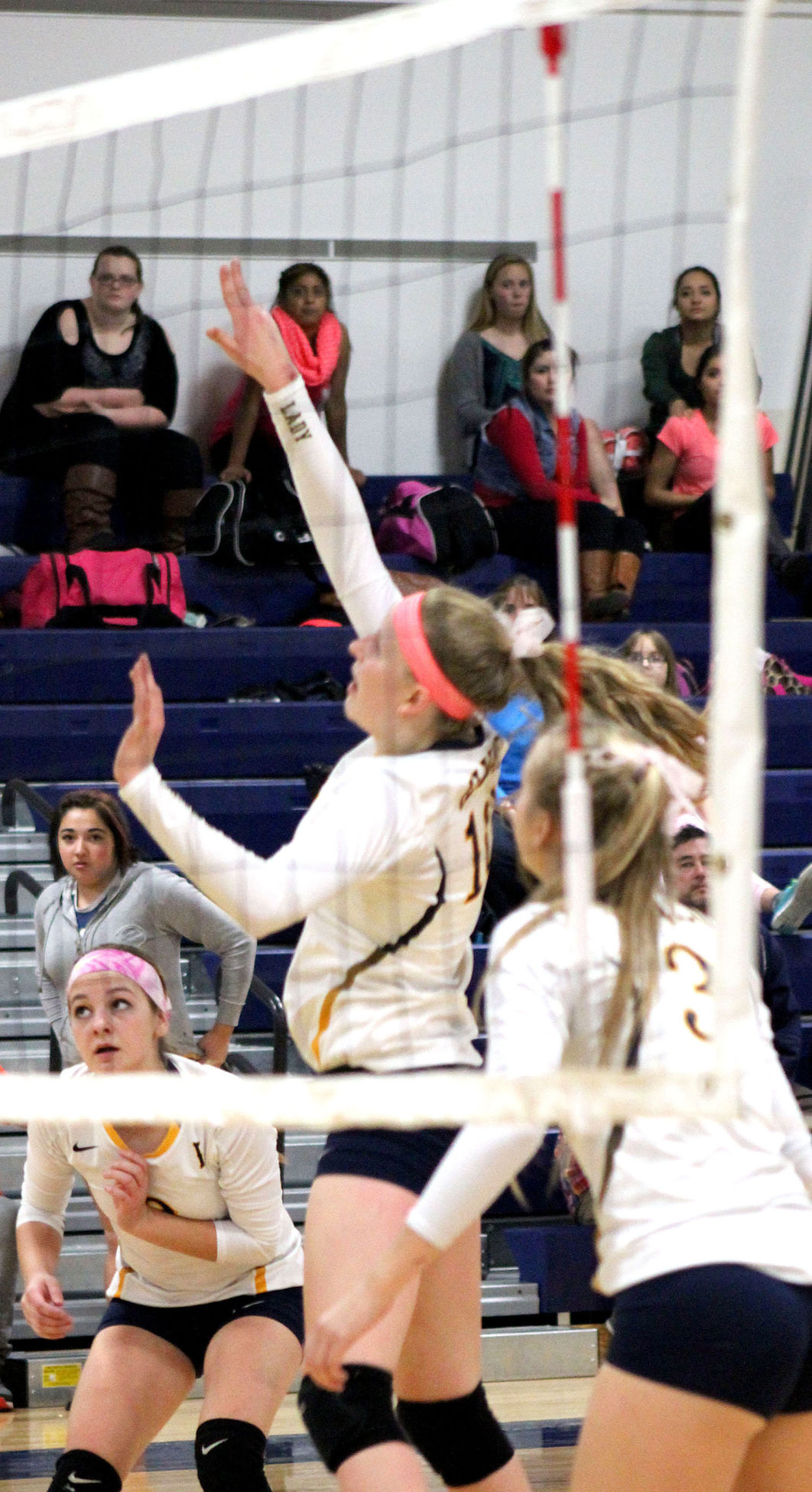 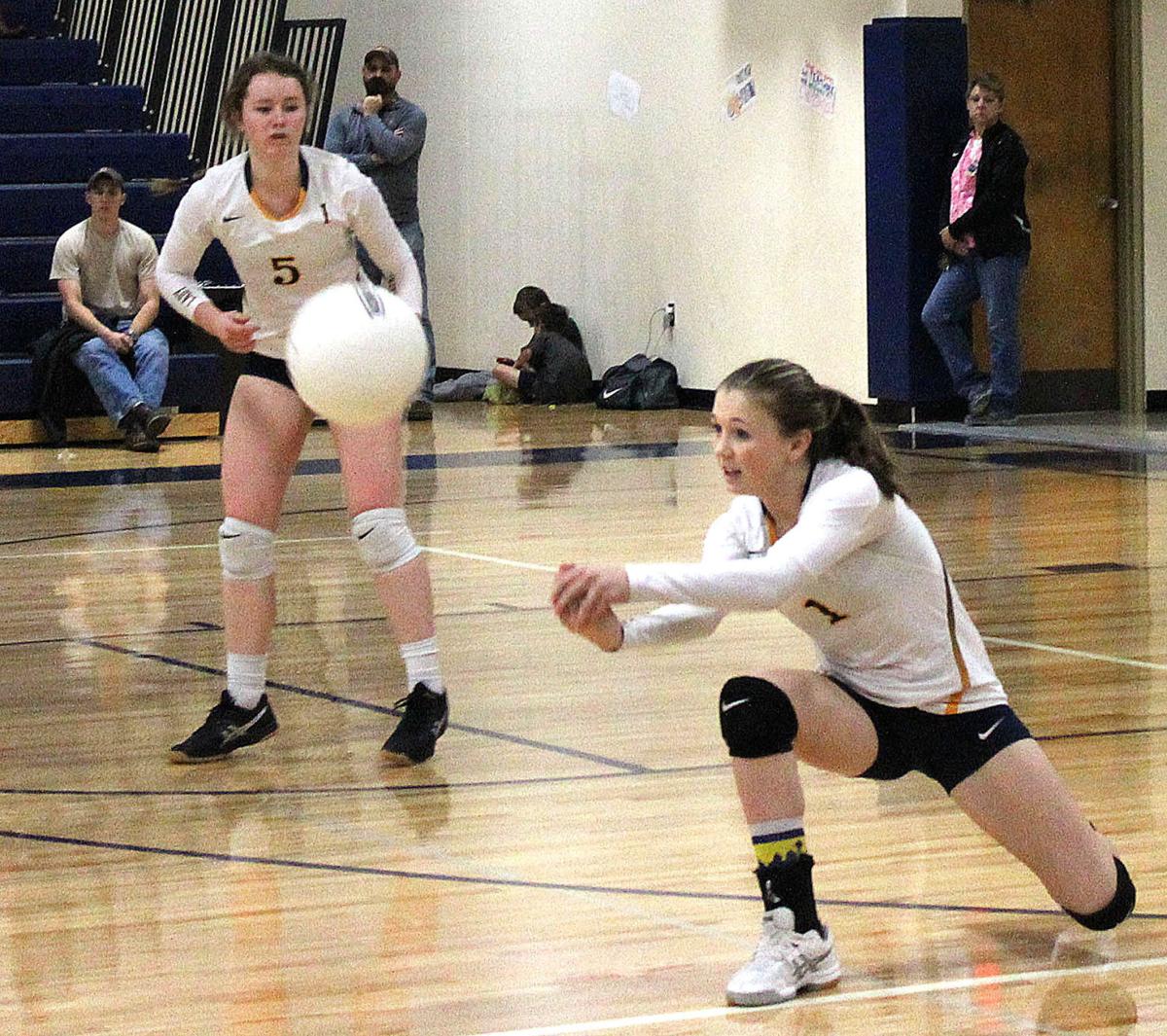 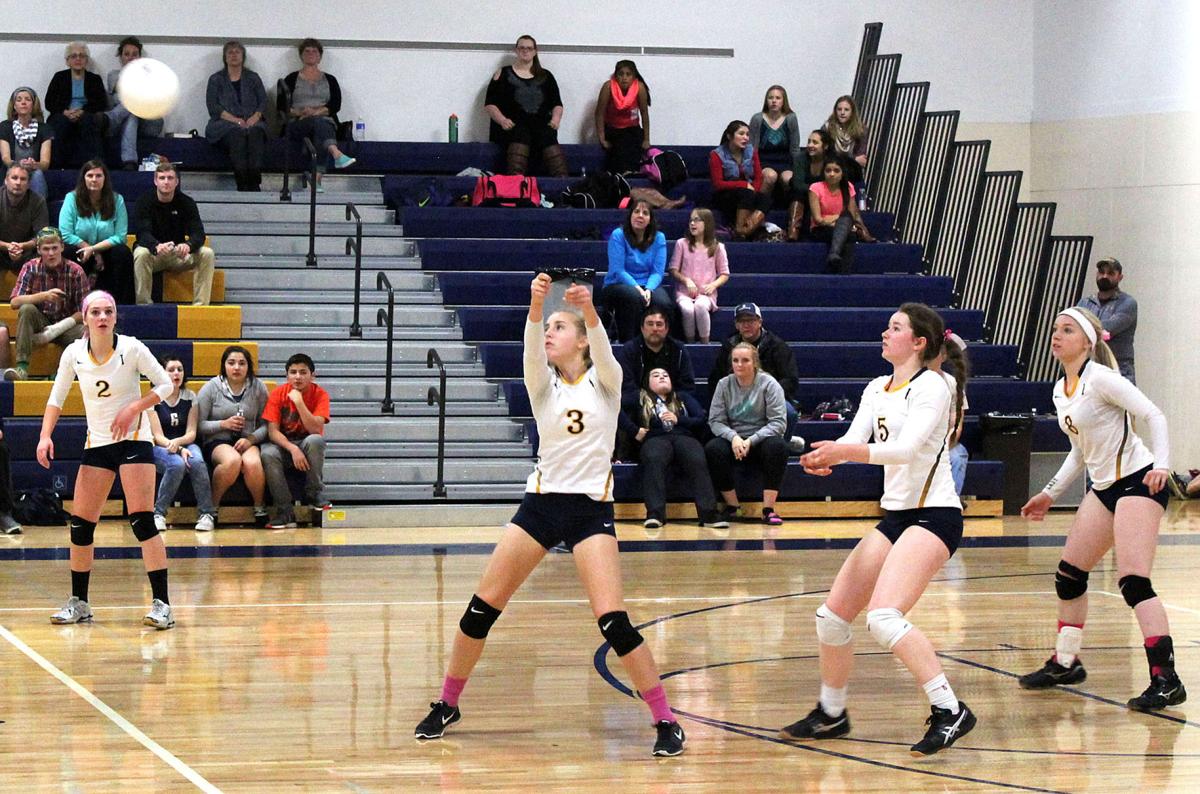 ILWACO — The battle for the Pacific County seat between Ilwaco and South Bend rages on.

However, once again the northernmost town is winning.

In the first set, the score was close in the early stages with scoring back and forth. IHS senior Bre Kondos made a solid kill and served an ace, and sophomore Madeline Jacobson and senior Abby Bentley worked well at the net, with blocks and kills. But South Bend put together a good run to win the last six points without an Ilwaco reply.

The scorebook for the second should include an “assist” for the IHS student section, which roared approval as Ilwaco reduced an early deficit, sparked by an outstanding dig from Kondos, a “soft” kill by Jacobson, and a play by freshman Ebby McMullen in which the ball hit the net and dropped over into South Bend’s court.

The Fishermen took advantage of their visitors’ mistakes to tie the scores at 13-13 and McMullen hit a soft return into space to score. Despite good blocking by Jacobson, who added an ace, a kill by Kondos was the last point earned as the Indians prevailed.

The third set saw Ilwaco ahead in the early stages with Bentley cleverly flicking the ball over the net, McMullen leaping for another hard kill, and Jacobson again blocking well and serving an ace. The tide turned as South Bend brought the score to 16-16 then moved ahead to win. The Indians’ senior, Edith Razo, exerted dominance blocking and hitting decisive kills.

“Both teams played well, but they just had a lot of balls go their way,” said Ilwaco head coach Rachelle Ridout.

Ridout commended her team for playing hard, despite the loss. She highlighted play of junior Elizabeth Kulm. “She had an excellent serving night, serving five aces in a row,” said the coach, also noting her six assists. “She had a solid evening.”

Tacoma Baptist visited Ilwaco Thursday for the Fishermen’s last home game of the season and returned north after a 25-15, 25-22, 25-14 win.

“They were a great team whose players did a good job placing balls,” said Ridout. “They would find a spot, and our girls would adapt, and they would find another. Our girls played scrappy, but there were a lot of plays that didn’t go our way.”

After playing at North Beach Monday, Ilwaco completes its schedule with a trip to Raymond Wednesday, Oct. 28.

VIDEO: 10 years ago, Arizona stunned No. 9 Iowa at Arizona Stadium