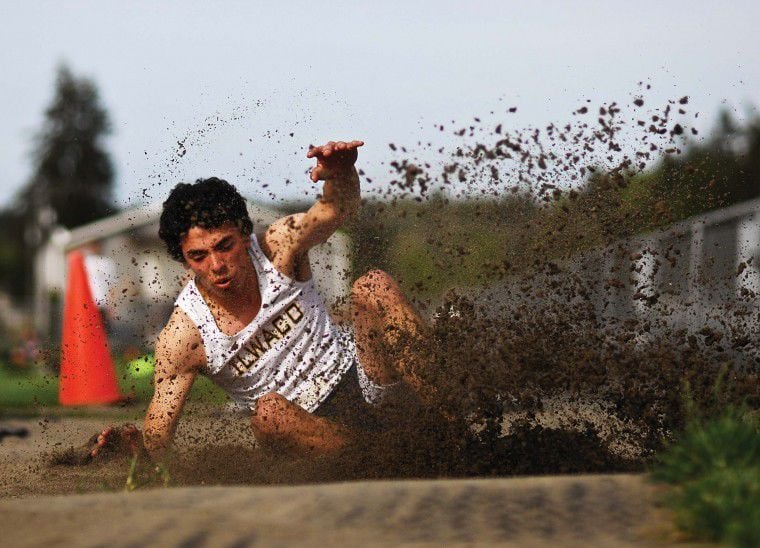 With a leap of 19-feet-3, IlwacoÕs Josh Schenk qualified to state in the boys long jump. He also made it as a member of the boys 4x100 relay team. 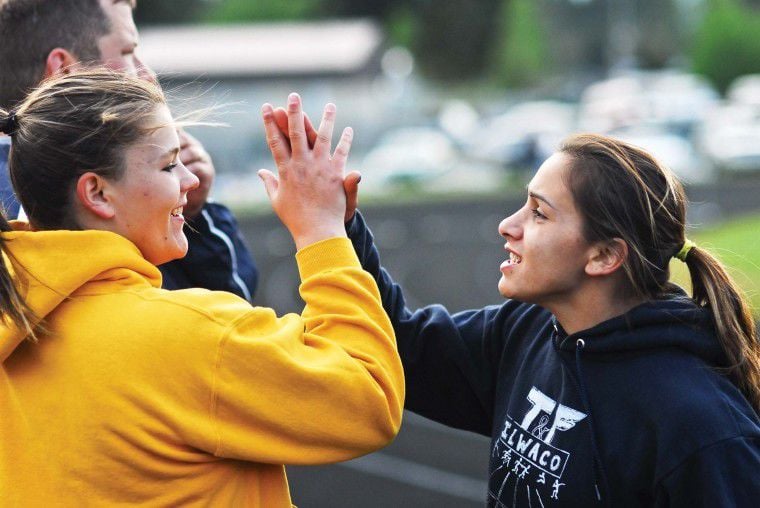 With a leap of 19-feet-3, IlwacoÕs Josh Schenk qualified to state in the boys long jump. He also made it as a member of the boys 4x100 relay team.

RAINIER  Josh Berteaux was second in the pole vault with a personal record of 13-feet-3 and Kenzi Wirkkala had her career best javelin throw of 116-feet-2 to also place second at the 1A District IV track meet in Rainier Friday, May 20. Both qualified for the state 1A meet May 27 and 28 in Cheney.

For the Lady Fishermen Leticia Cervantes was third in the javelin with a throw of 113-feet-1 and Wirkkala also qualified in the shot put with a toss of 35-feet-7, good for third place in district. Ilwaco boys placed ninth with 34 points and the Lady Fishermen were 10th with 31 points among the 16 teams in the 1A district.

The Fishermen 4x400 relay team just missed earning a spot at state as they finished sixth, a mere six-tenths of a second behind fifth-place Onalaska. Malmstadt, Sutherland, Josh Schenk and Odneal, filling in for the injured Justice Schenk, ran the race in 3:37.9. Justice Schenk will be an alternate at state in the 4x100 relay and may be ready to run by then. With Justice Schenk the relay team had the ninth best time in the state, but will not qualify.

Kenzi had a chip on her shoulder after just missing going to state last season in the shot put. She had her personal best on her last attempt in the shot put and she had her career best on her second throw in the prelims in the javelin, Assistant coach Ned Bittner said. Ben and Josh Berteaux in the pole vault were pleasant surprises. Josh had a dual with Ryan Kulla from LaCenter that went on for 40 minutes after all the other competitors were done.

Owen ran a very smart 1,600 race. He really had to push himself to be able to advance to state in his senior year. Josh Berteaux really held the team together at the end of the 4x100 relay and we are happy to be able to compete next week, coach Sarah Taylor said. The pole vault was very fun to watch yesterday evening. It was dark, but Josh and Kulla really battled it out to the end. Raven broke her own school record in the 100 hurdles.

Kalama was district boys champions with 94 points, edging Hoquiam that had 91. For the girls La Center scored 86 and Montesano was runner-up with 81.

The Washington Interscholastic Activities Association has set the track and field schedule for the state 2B and 1A meets to be held in Cheney Friday, May 27 and Saturday, May 28. Results will be posted as they are received throughout the day May 27 and 28 at www.chinookobserver.com.