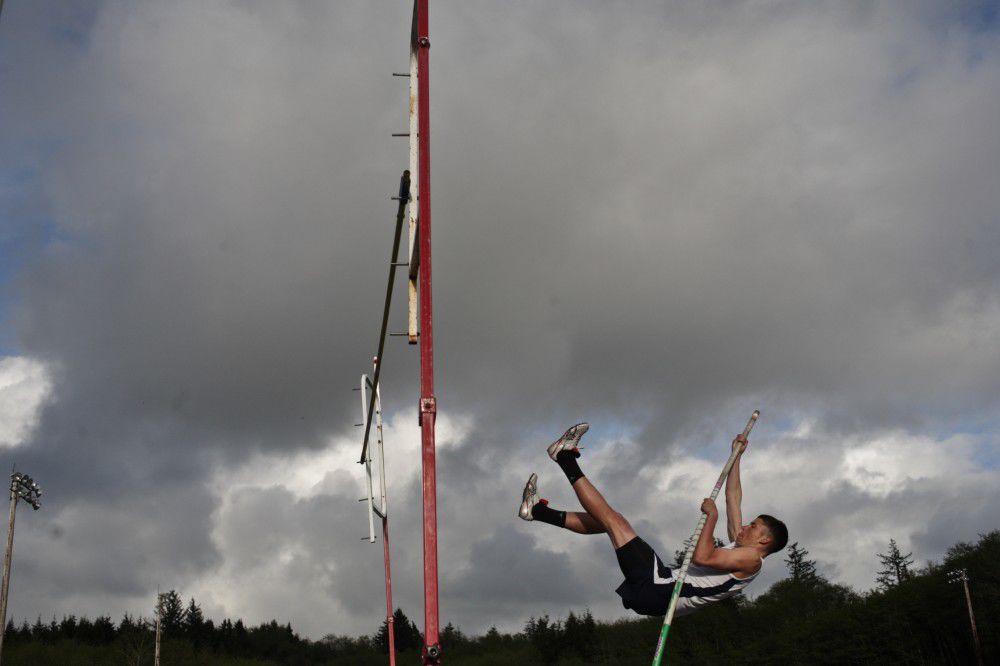 <p>Ilwaco senior Ben Ahlin makes his final attempt in the boys pole vault at the Pacific County Meet. Ahlin placed fourth behind his brother Zach, who cleared the same best height — 10-foot-9 — but in fewer tries.</p> 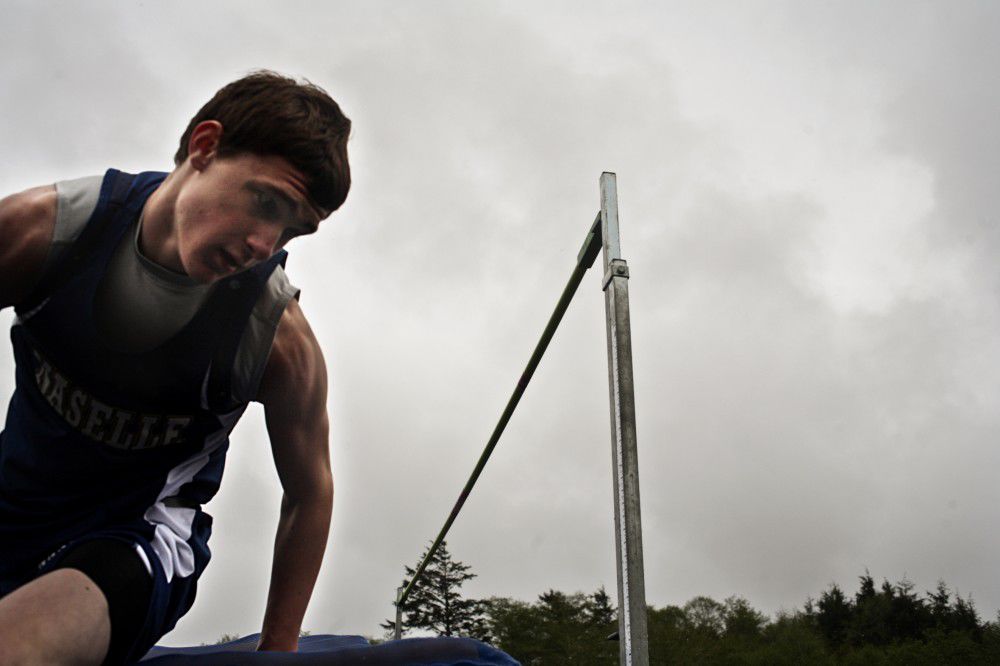 <p>Ilwaco senior Ben Ahlin makes his final attempt in the boys pole vault at the Pacific County Meet. Ahlin placed fourth behind his brother Zach, who cleared the same best height — 10-foot-9 — but in fewer tries.</p>

ILWACO  If you turn back the clock 50 years or so, youd have seen Jim Peterson winning the high jump and Ken Sugarman dominating the shot put and then for many years the Pacific Loop track meet was not contested. But it has been resurrected and all five Pacific County track and field squads and Wahkiakum now compete in one of the most popular meets of the season.

The Fishermen 4x100 relay team of Berteaux, Justice Schenk, Kasey Plato and Malmstadt won with a time of 46.9. The 4x400 team of Malmstadt, Corbin Sutherland, Schenk, and Ben Ahlin were the winners in 3:43.02. The 4x800 relay team of Corbin and Evan Sutherland, Giorgio Cristiana, and Ahlin came turned in a first-place performance of 9:22 flat.

Josh Berteaux came in second in the pole vault by clearing 12-feet-3. Both he and David Rocket cleared the same height, but Rocket from Valley won on fewer misses.

I came close several times at 12-feet-9 in the pole vault. The good news is that our relay teams have been practicing and were getting better. Basically if we can win the relay races, we usually win the track meet. This was special to win today because it was my last home meet, Berteaux said.

Nesbitt placed second in the high jump by clearing 4-feet-10, losing to South Bends Makenzie Russell on fewer misses and came in fifth in the pole vault (7 feet). She teamed with Lindstrom, Maul and Pacheco to place fourth in the 4x100 relay (57.7) and Cutting, Fox, Maul, and Gerke came in third in the 4x200 relay (2:12.9).

ILWACO  Katie Green and Cramer Smith both won the two distance races at the six-team county track meet at Ilwaco May 1. Rob Baker won the 110-meter low hurdles and Chandler Chapman was the champion in the high jump for Naselle.

I had a great day, but I was a little disappointed that I didnt have any personal bests. It was kind of cold and I didnt have anyone pushing me in the mile (1,600 meters) or two-mile (3,200 meters). My season is going pretty well and I hope to do well at district. Ill probably just run the two-mile and mile. At first I didnt like to run, but now Im enjoying it and I will train harder this summer, Green stated.

I had a good PR in the triple jump and reached one of my goals of going over 40 feet and I should improve even more in that event. In the high jump I have been working on bending more when Im over the bar and that has helped me. We still need to work on our handoffs in the 4x100 relay, but we should get better in that, too, Chapman said.

VIDEO: 7 things to know about the Pac-12's return to football and basketball seasons

Photos: Nebraska didn't win both Weeks 2 and 3 of the 1970. But the Huskers didn't lose, either