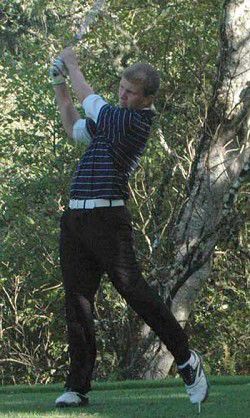 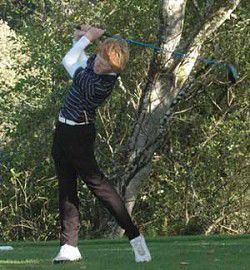 SURFSIDE - In their final home golf match seniors Patrick Whealdon and Ryan Kukula came through to finish first and second against Trico-League foe Rochester at Surfside Golf Course Tuesday. Whealdon fired a scintillating two under par 34 and Kukula was two over with a steady 38. The duo have been scoring points in the state tournament since their freshmen season and are among the favorites to win the District IV crown Oct. 18 and 19 in Kelso.

Coach Dan Whealdon said of the seniors, "Patrick and Ryan have been competing every summer and fall for the last 10 years or so. They have handled the pressure of making it to the state tournament and of making the cut for the second day at state. They have done exceptionally well at junior golf events against the best players in the state. They have played well in front of college coaches they know are recruiting them. I am proud of how they have performed and they are outstanding role models for our younger kids."

Those "younger kids" also performed exceptionally well Tuesday. Ross Kukula came in with a 41 and Ryan Tapio carded a season's best 42. Clark Wilson finished with a 43, Kyle Breckinridge came home in 46, and Anthony Yoder finished with a 50. Those five players are among the other favorites to win the district tourney in two weeks.