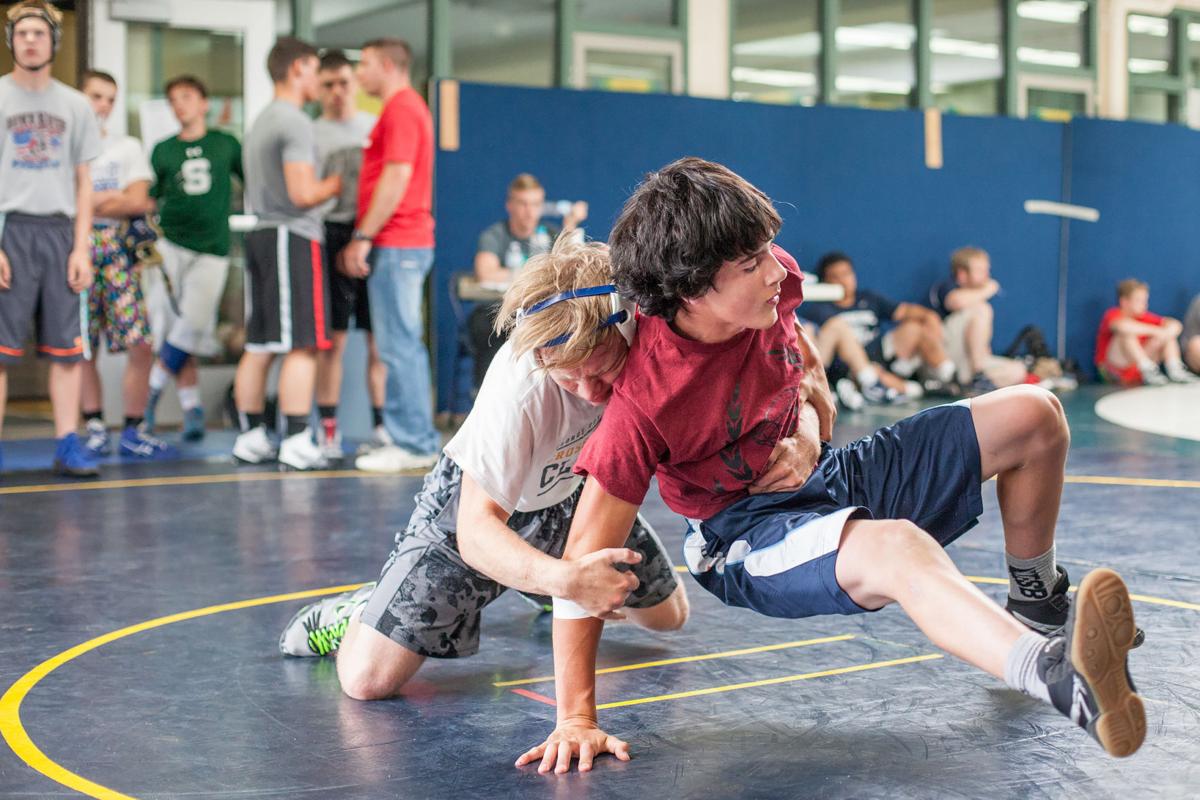 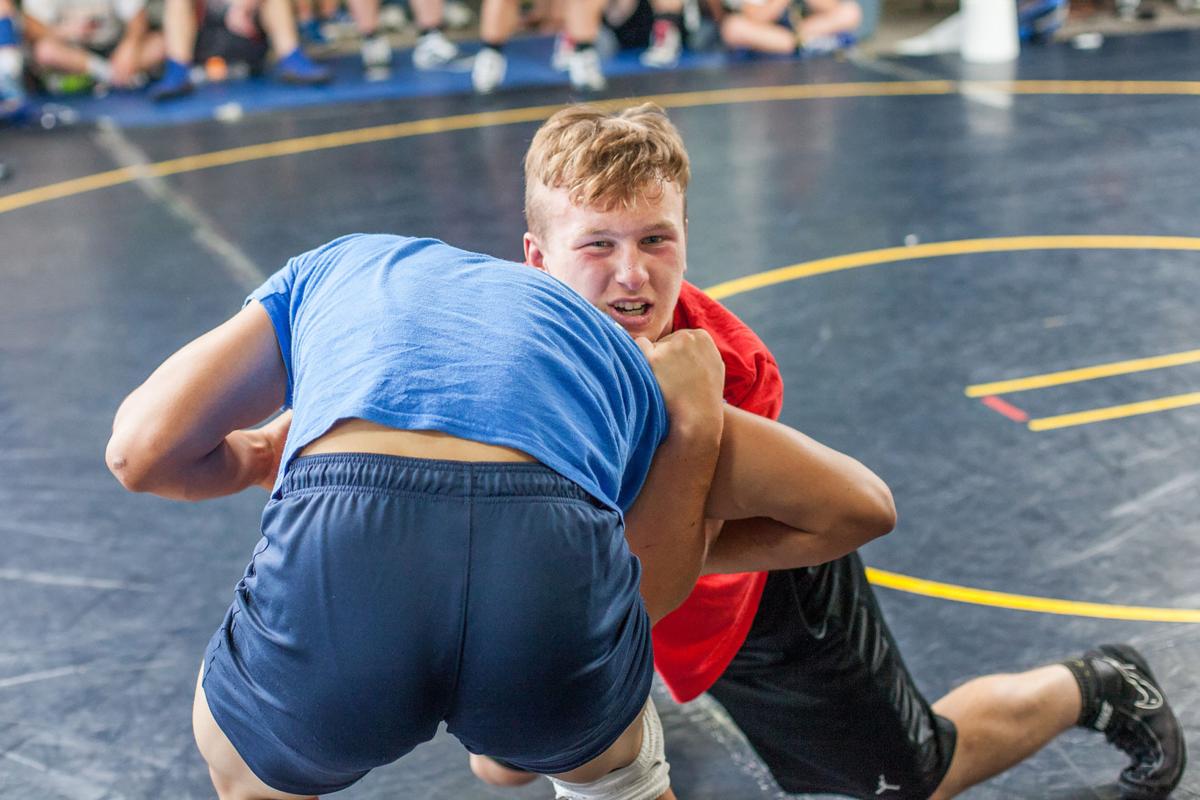 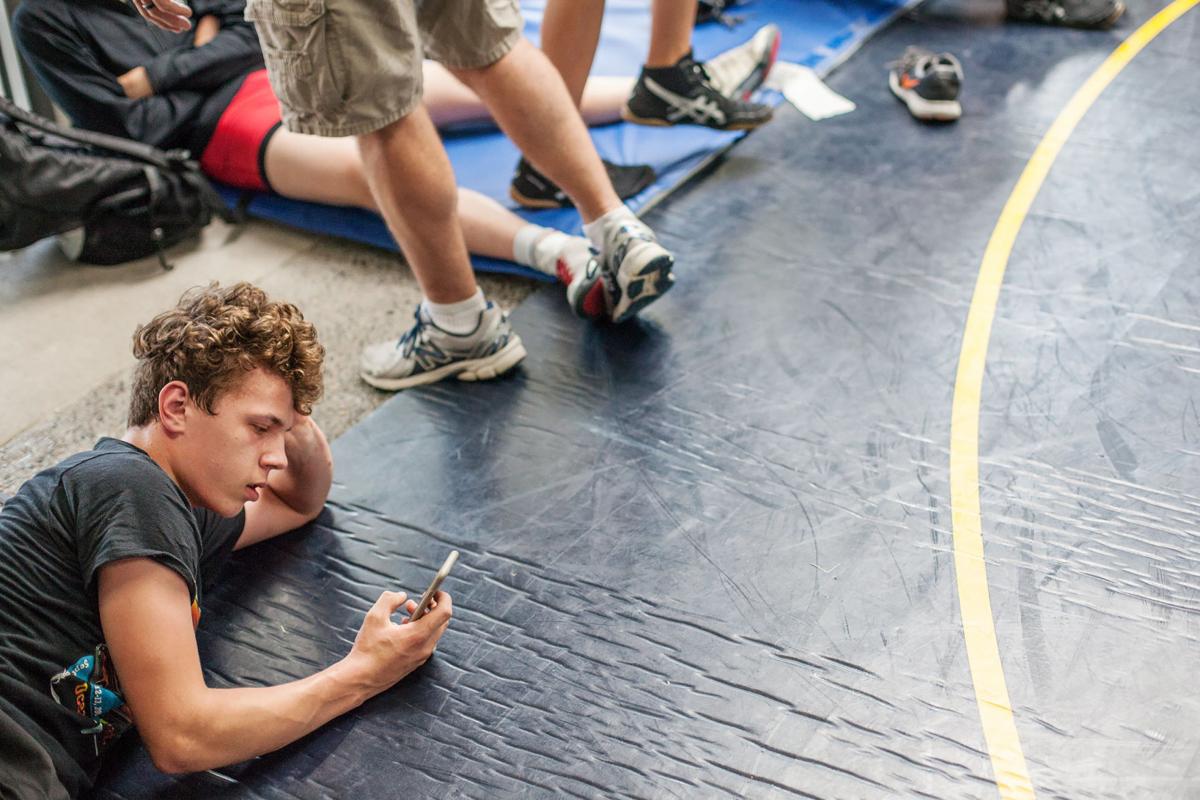 Ilwaco's Allan Chetwood lounges on the edge of a mat following his first match during day one of the IHS dual meet wrestling camp last Friday.

Ilwaco's Allan Chetwood lounges on the edge of a mat following his first match during day one of the IHS dual meet wrestling camp last Friday.

ILWACO — Over the course of last weekend’s IHS dual meet wrestling camp, the participants wrestled half a season’s worth of matches. Why? Because “mat time” is one of the most valuable things in training.

“You get time on the mat,” said Allan Chetwood, when asked about what he was getting from the camp. “Exercise, experience. Win some, lose some, and a team bond too.”

And Chetwood was far from alone, as he was not only joined by many of his Fishermen wrestling teammates, but also by 28 other high school wrestling teams from around the Pacific Northwest.

“You wrestle people you’ll compete against (during the season), so you know what to work on,” he said.

The Fishermen, who placed third at the 2B state tournament last year, played host to such top squads as defending 4A state champs Tahoma, 3A second place finishers Kelso and 2A third place White River.

“And a host of others,” said wrestling coach and event organizer Kevin McNulty. “So really, really good competition.”

It was the sixth annual camp, and easily one of the biggest.

“We had 30 (teams) and one backed out, three on a waiting list. So we could’ve had more,” said McNulty. “Our facilities are packed.”

Not only was both the Aase gymnasium and the Fish Bowl foyer wall-to-wall with wrestling mats, but the football practice field was covered in tents and campers. Part of the attraction — the beach, and the fact that each wrestler got at least 15 matches in during the three day camp.

“Tomorrow we may go down and do some beach wrestling,” McNulty said Friday afternoon. “We might do that just as a change of pace.”

After-hours, many of the participants were wither out enjoying the area with their families, or they were hanging out at IHS where they were showing the UFC fights.

McNulty said the camp can also work as a reality check for some wrestlers.

“I want the kids to have some success, but also want them to run into some obstacles,” he said.

The matches were picked by the competing coaches based on ability.

“Our better kids are going to get better kids from the other schools. The beginners get beginner people,” said McNulty.

The IHS team graduated five seniors in the spring, who all placed at the state tournament, including two champions. McNulty said camps like this, and the one the team attended earlier in the summer in Maupin, Ore., is how they continue to get batter.

“We have work to do and we want our program to be stable,” he said. “We graduated five state placers. Next year’s state placers are right here getting in work.”

And despite the fact that a larger than average number of his wrestlers have summer jobs this year, many still found time to stop by.

“I don’t think I’ve ever had as many kids work as I’ve had this year,” the coach said. “They have jobs, so we’ve got kids that’ll drop in, and get two or three matches in and then will be gone picking oysters. That’s the good and bad of hosting — when you’re away, they’re captive.”

The IHS camp is the biggest fundraiser for the team, bringing in more than $11,000 to the Ilwaco Wrestling Foundation — which gave out scholarships to all five of their senior state placers in the spring.

“That comes from this,” said McNulty, “It’s been a good thing.”

An early look at the 2020 Wisconsin Badgers offense