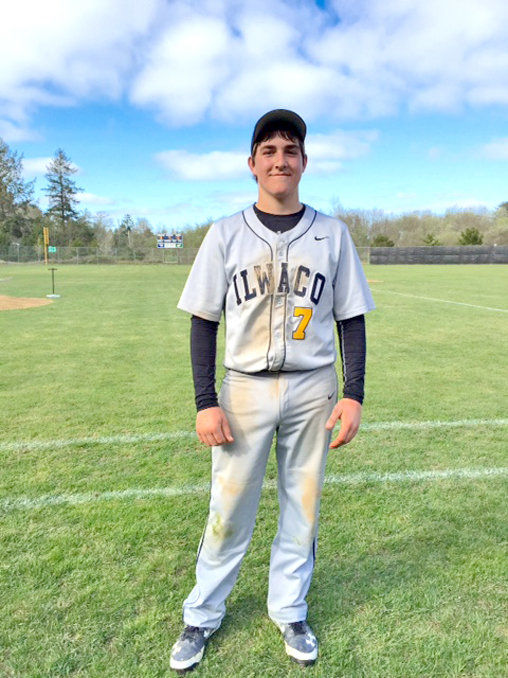 Ilwaco second baseman and pitcher Brandon McMullen had a huge week. He hit an inside-the-park homerun and a game winning single at the plate, got a win and a save in two dominant relief appearances pitching, and a spectacular game-ending catch. 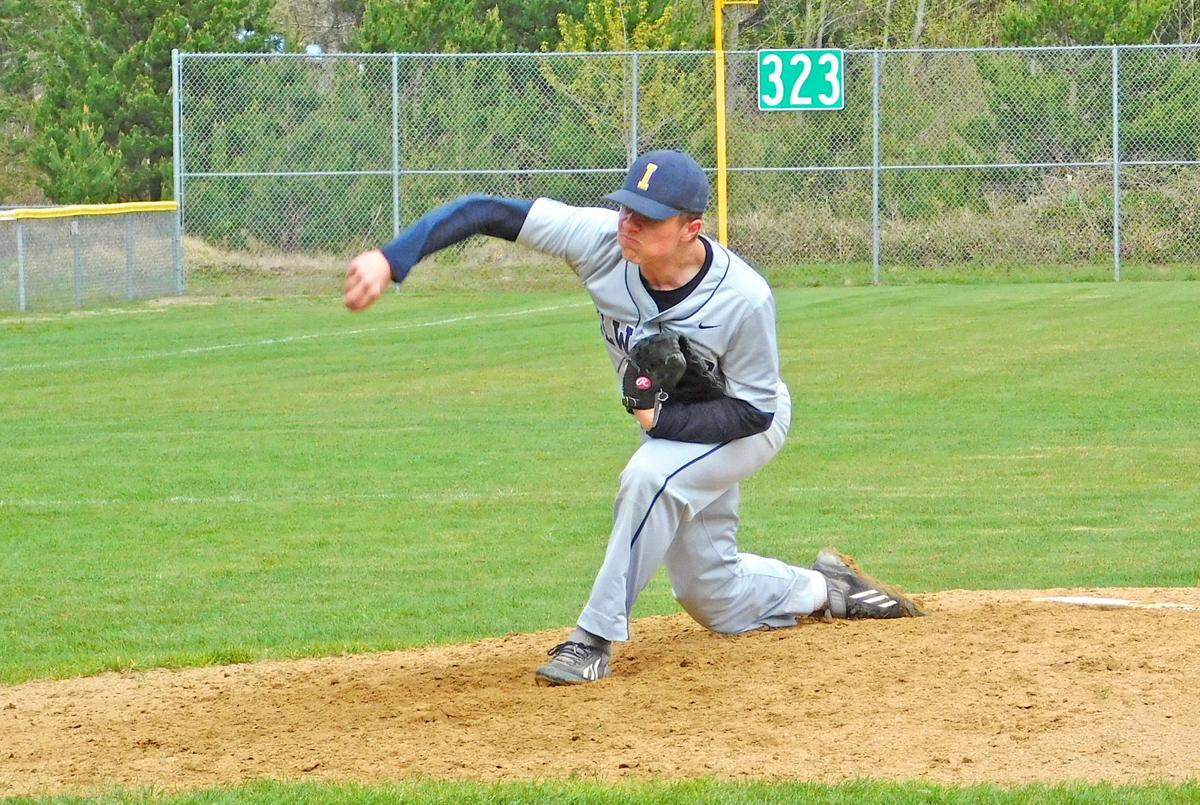 Ilwaco's Brandon Sparks delivers a pitch in the first game of Saturday's double-header against Ocosta. 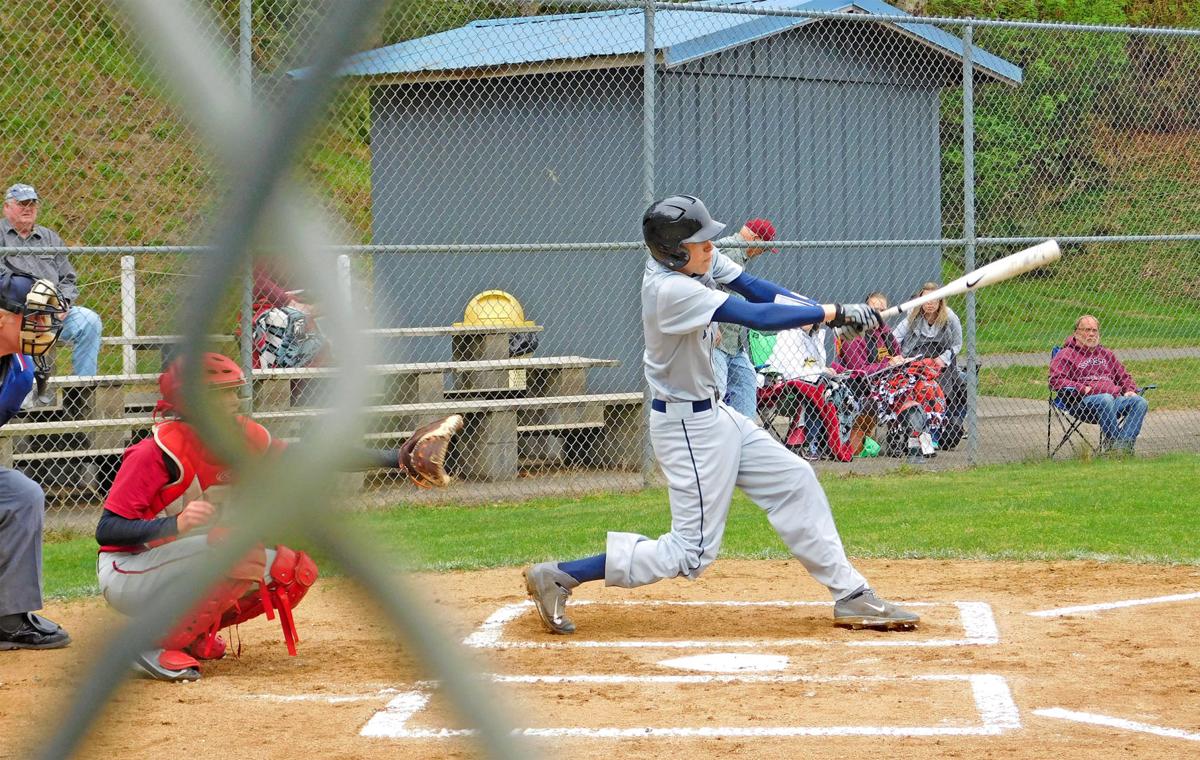 Ilwaco shortstop Zac Tapio takes a swing in the first game of Saturday's double-header against Ocosta.

Ilwaco second baseman and pitcher Brandon McMullen had a huge week. He hit an inside-the-park homerun and a game winning single at the plate, got a win and a save in two dominant relief appearances pitching, and a spectacular game-ending catch.

Ilwaco's Brandon Sparks delivers a pitch in the first game of Saturday's double-header against Ocosta.

Ilwaco shortstop Zac Tapio takes a swing in the first game of Saturday's double-header against Ocosta.

WESTPORT — Ocosta beat Ilwaco 15-4 in five innings in the first game of a double header on April 2. Ocosta pitcher Matt Clark struck out seven, getting Ilwaco batters to chase high fastballs and baffling them with breaking pitches. Reese Tynkila went three for three with two doubles for the Fishermen.

Clark struck out Brandon Sparks looking at a curve to start the game. After the next two batters reached on errors, Clark got Michael Aguayo swinging at another curve. Reese Tynkila smashed a fastball to deep left for a two-out, two-run double. Chris Wood followed with a double to score Tynkila, and Carson Moore singled in Wood for a 4-0 lead.

Ocosta batted around in the bottom of the first for a 5-4 lead. Ilwaco loaded the bases with no outs in the second on a walk and two infield singles, but Clark struck out Brandon McMullen, got Tapio to pop up to center and got Aguayo on a tapper back to the mound. The Fishermen never made another threat and got only two hits the rest of the way.

Clark struck out seven hitters in five innings. Tynkila had three of the Fishermen’s seven hits, including his second double on a letter-high fastball in the third. Clark went three for three at the plate, as did Tyler Henry and Sam Quinby. Hayden Huff went two for three for Ocosta.

WESTPORT — Ilwaco came back from behind 5-2 to win 8-5 in the second game of their Saturday double-header at Ocosta. The Fishermen salvaged a split in the double-header to complete a 3-1 week. Zac Tapio got his second win of the week. Brandon McMullen pitched the final two innings for the save, ending the game with a spectacular diving catch of a foul ball down the third-base line.

Sam Quinby’s two run double gave the Wildcats a 5-2 lead after three innings. Reese Tynkila launched Ilwaco’s comeback, leading off the Ilwaco fourth with a base hit over the shortstop’s head. Chris Wood followed with an infield single, and Carson Moore walked to load the bases with nobody out. Chris Gutwald and Kalin McNabb hit run-scoring groundballs. Brandon McMullen’s two-out, two-run single gave the Fishermen a 6-5 lead.

In the fifth, Gutwald singled home Michael Aguayo. McMullen scored on a throwing error in the sixth for an 8-5 lead.

McMullen took over on the mound in the bottom of the sixth. The Wildcats got runners on first and third with two outs, but McMullen got Kobe Beck on a popup to Aguayo at first base. In the seventh Isaiah Quinby came up with the bases loaded and two outs. Quinby hit a 1-2 pitch foul on the third-base side. McMullen sprinted over about ten feet to the left of the third-base line, dived, and caught the ball inches before it hit the ground, ending the game.

“I couldn’t see [the ball,]” McMullen said afterward. “I just kept running and hoped I’d come up with it.”

McMullen and Aguayo each had two hits for Ilwaco. Sam Quinby was three for four with a double for Ocosta. He went six for seven on the double-header.

Photos: Packers' fans tailgate but the day ends in disappointment