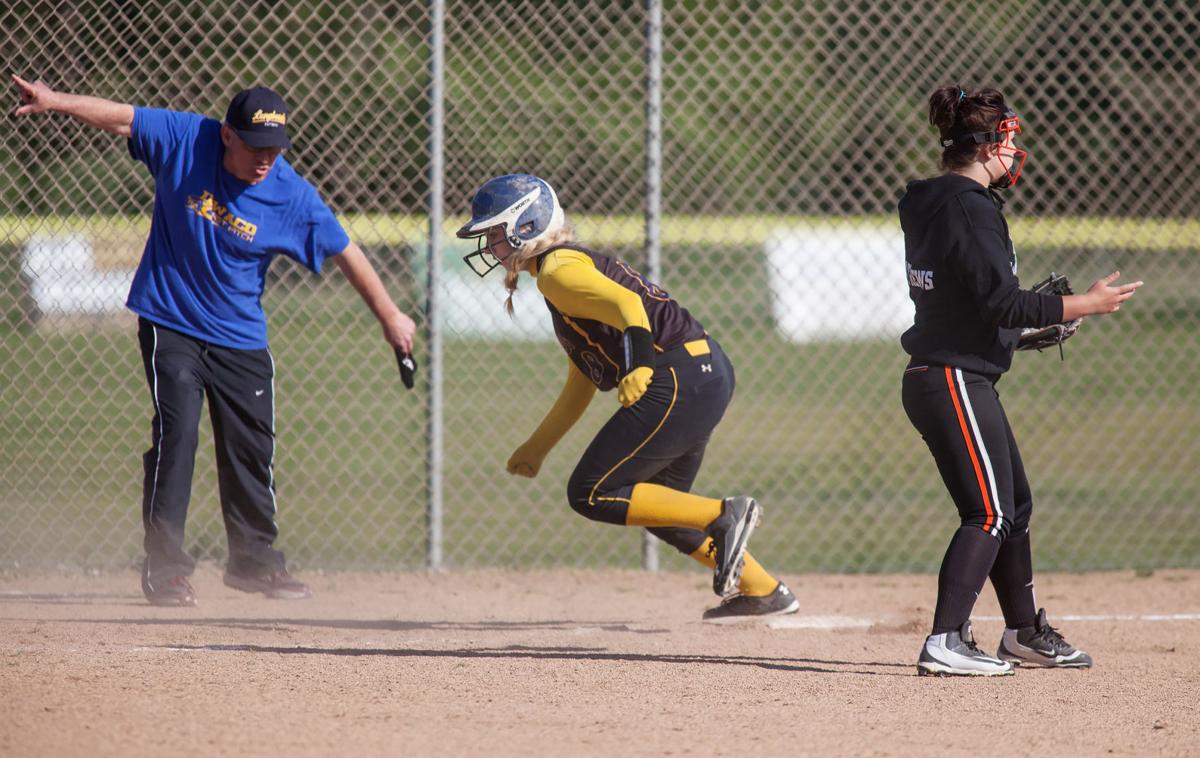 Ilwaco's Bre Kondos gets the sign the run home after the ball gets past third base on her steal. 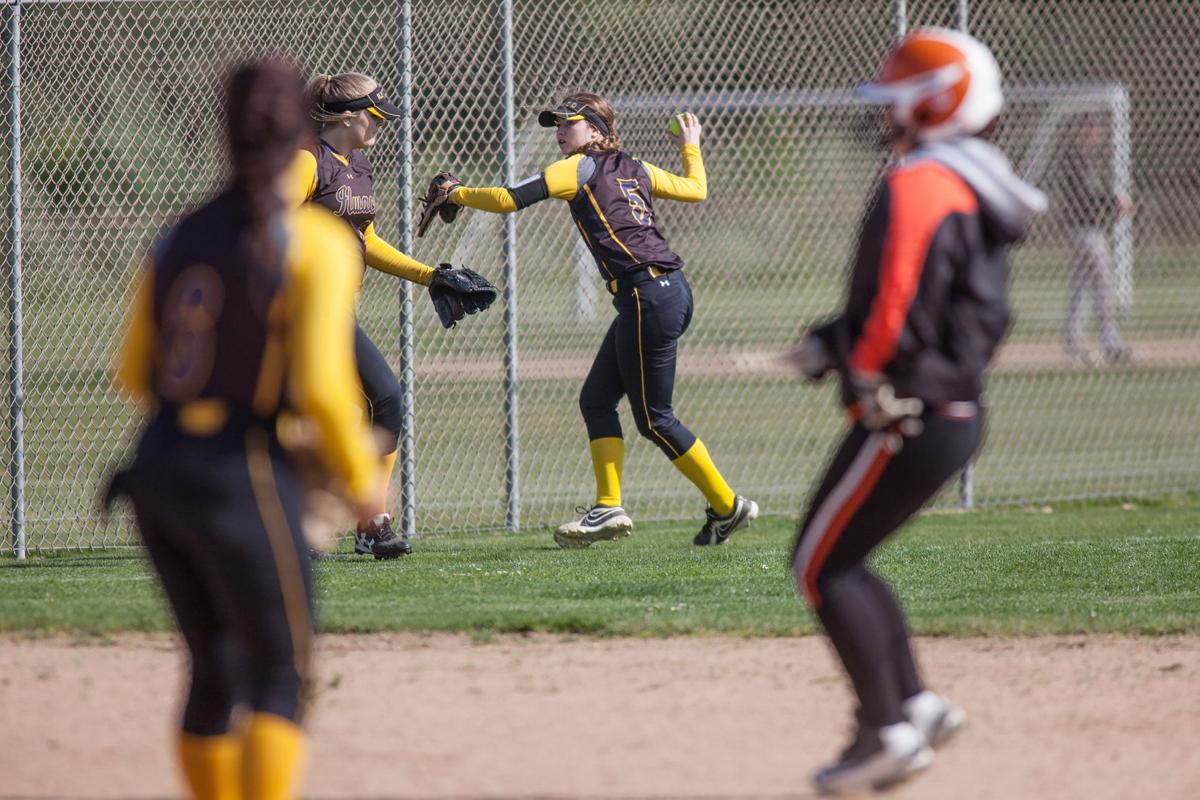 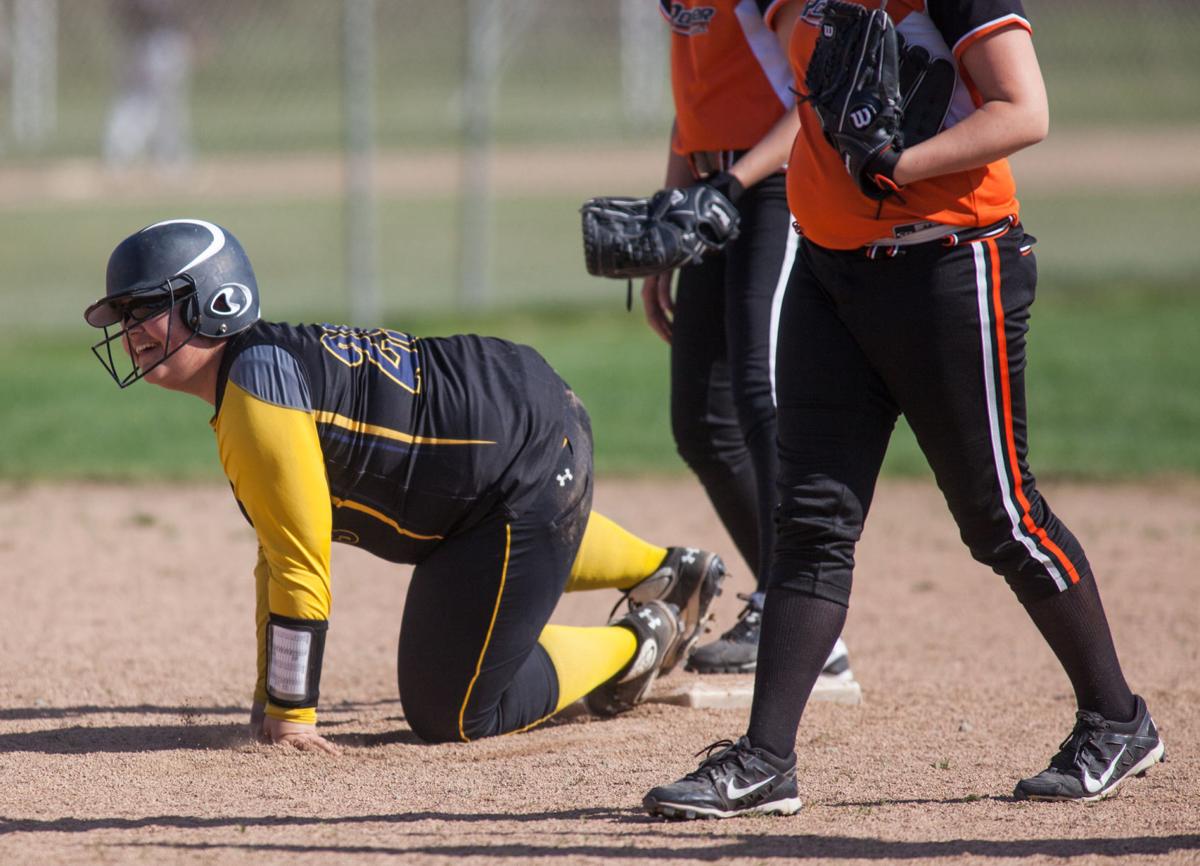 Jennifer Waterbury arrives safely at second after a hit against Rainier. 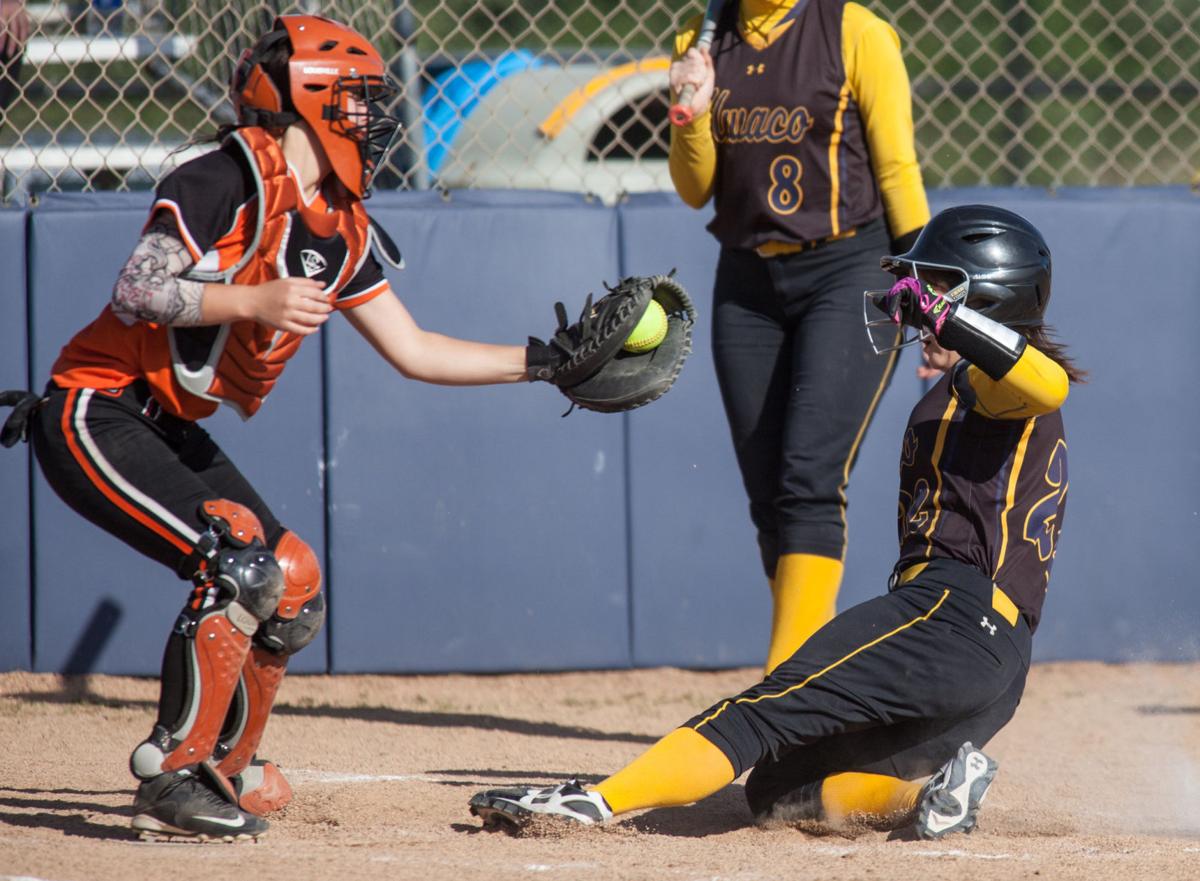 Ilwaco's Ariana Bell slides in below the tag of the Rainier catcher.

Ilwaco's Bre Kondos gets the sign the run home after the ball gets past third base on her steal.

Jennifer Waterbury arrives safely at second after a hit against Rainier.

Ilwaco's Ariana Bell slides in below the tag of the Rainier catcher.

LONG BEACH — The Fishermen softball team stormed back with nine runs in the seventh to force extra innings, and Caitlin Derrey’s two-out, eighth-inning single scored Bre Kondos for a 15-14 win over Rainier on April 21. The Fishermen have won five straight games since an 0-9 start.

“That was the greatest comeback I’ve been a part of in 13 years of coaching,” Ilwaco coach Randy Bloom said afterward.

The Mountaineers led 14-5 entering the final inning, but the Fishermen loaded the bases with no outs on walks and a hit batter. Arianna Bell reached on error to bring in two runs. Elizabeth Pattison scored on a wild pitch, and on the play Bell came in on the catcher’s errant throw to the pitcher covering home. That cleared the bases and made it a 14-9 game, still with nobody out.

Bre Kondos was then hit by a pitch and reached third. Jen Navarre flied out to left, and Kondos tagged up. The throw home beat Kondos, but her slide knocked the ball out of the catcher’s glove. She scored to make it 14-10. Still with only one out, Emily McMillan scored on a double-steal with Caitlin Derrey. With two out, Azalie Bahrt hit a blooper that dropped in. That kept the game alive and scored Derrey to make it 14-12, bringing the tying run to the plate.

Gracie Barnett was hit by a pitch. She and Bahrt executed a double-steal, and each came home on throwing errors on the play, tying the game at 14. Pattison struck out to end the inning, sending the game to extra innings.

With her team fired up, Ilwaco pitcher Ariana Bell remained calm and demonstrated excellent control in the eighth, keeping the Mountaineers scoreless in the inning. She got Kassie Simpson to pop the ball up back to the mound leading off the inning. Jen Navarre caught a hard line drive at third off the bat of Hailey McCann for the second out. The next two hitters reached on a single and an error, but Bell induced a ground ball for the final out.

Bell led off the bottom of the eighth and reached on an error and advanced to third with no outs. A pitch got away from the catcher, and Bell tried to score, but the throw to the pitcher covering home beat her for the out. Kondos drew a one-out walk and advanced to third. Navarre lined out to third, and Kondos alertly got back to the bag to avoid being doubled off. Derrey followed with a hard ground ball past third to bring home Kondos with the winning run.

Ilwaco beat Rainier 23-12 in five innings in the first game of a double-header in Rainier on April 19. Arianna Bell homered and got the win.

The Fishermen beat Rainier 26-10 in five innings, in a game that the teams began on April 19 in Rainier and completed on April 21 in Long Beach. The game was called in the third inning due to darkness, then continued before the regularly scheduled game at Culbertson Field. Elizabeth Pattison went three for four with a triple.