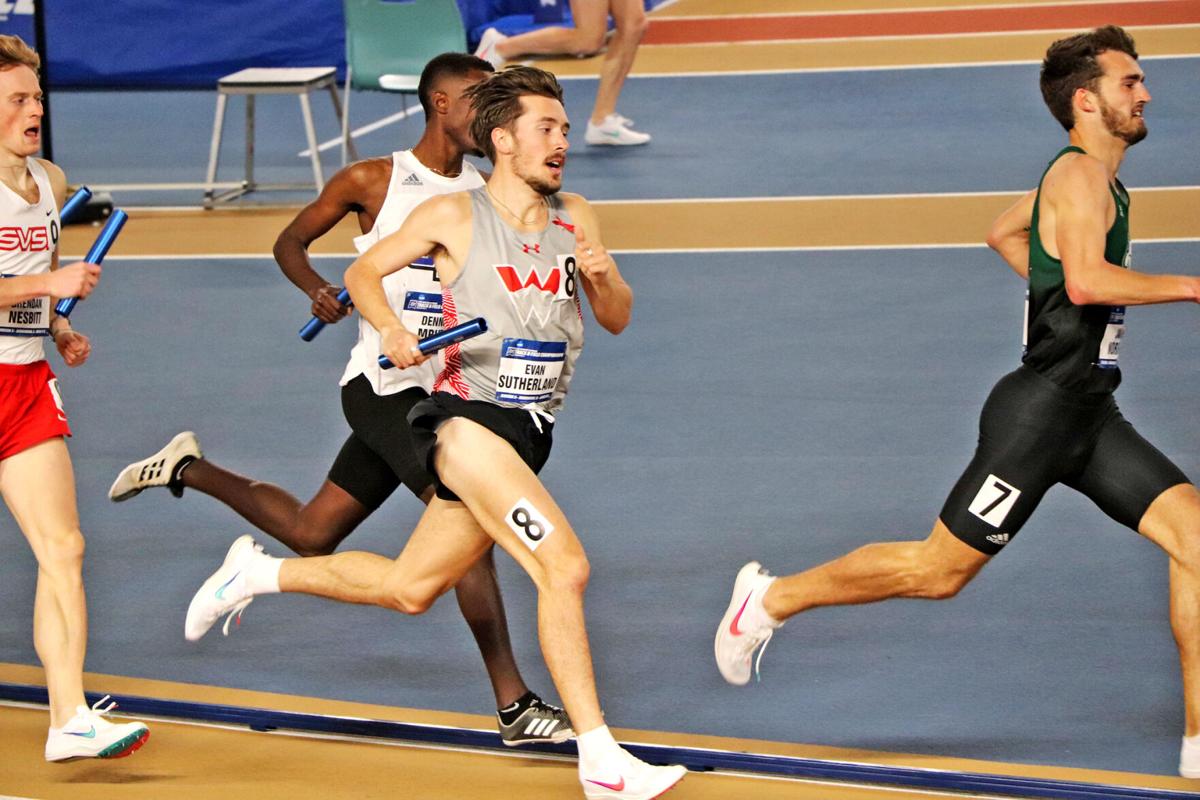 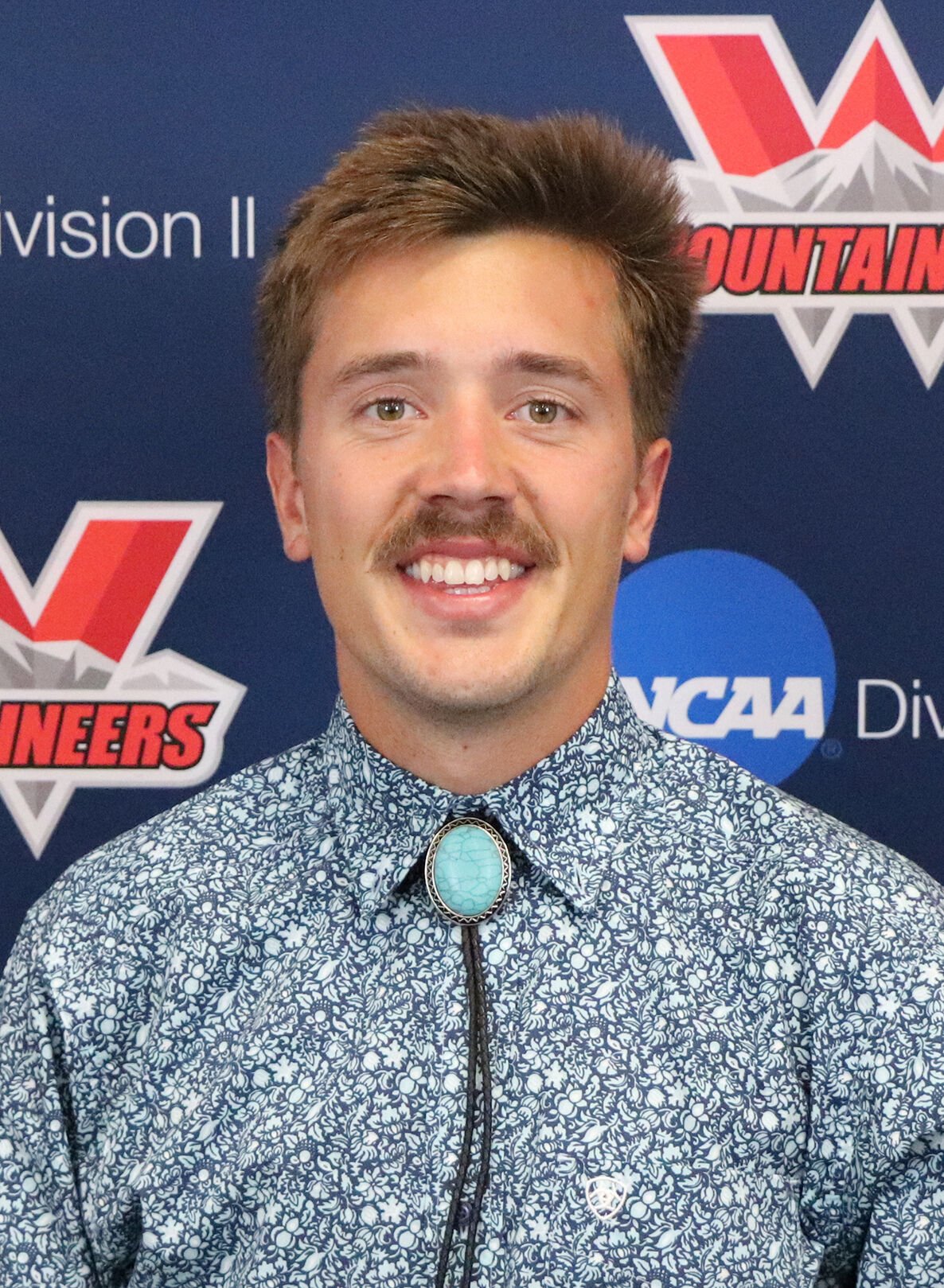 ‘It makes training different, to go for a run in minus-15.’ — Evan Sutherland IHS graduate training in Colorado winters 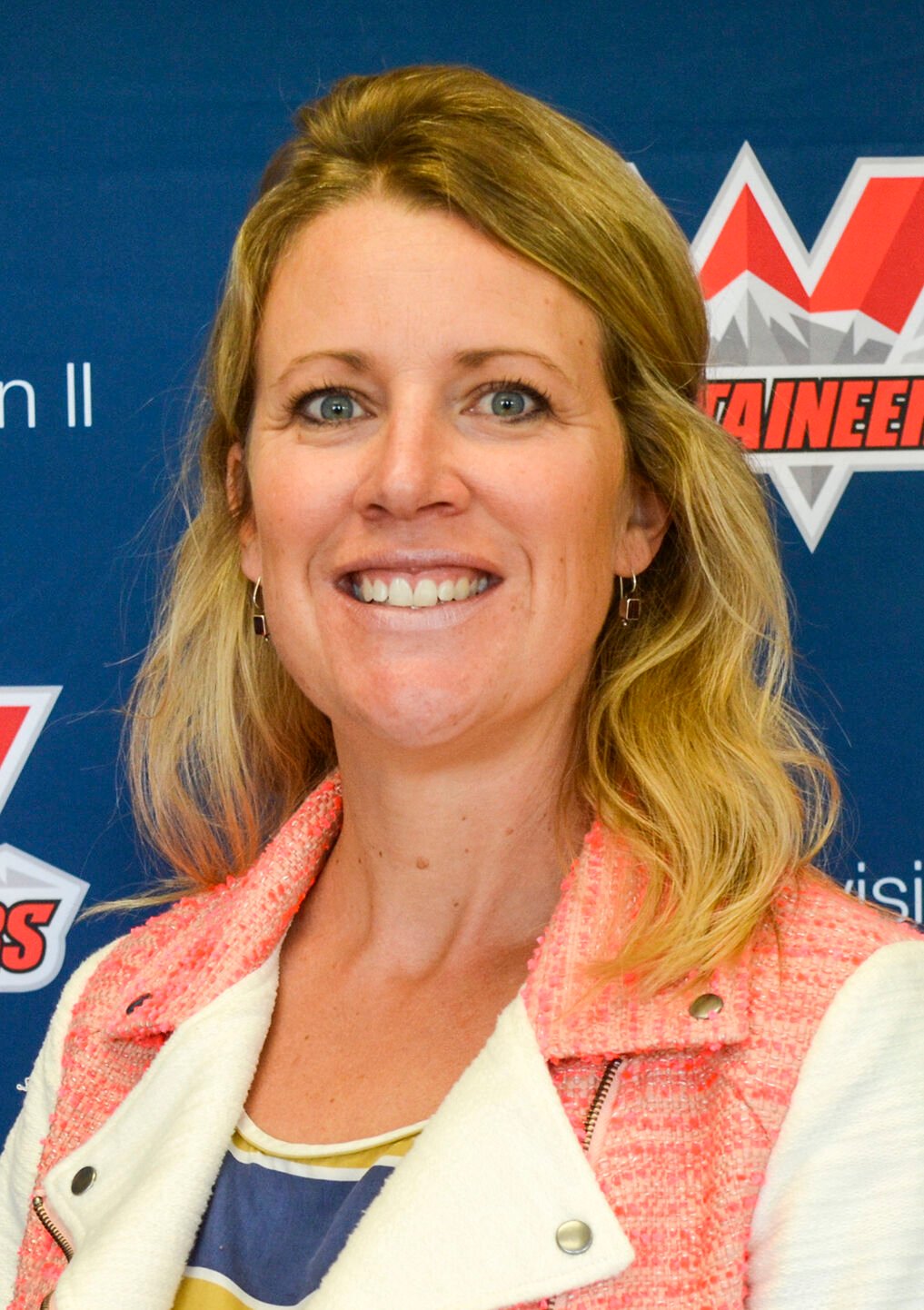 ‘He has a contagious personality, and his smile is almost always present.’ — Jennifer Michel WCU cross country coach

GUNNISON, Colo. — In his youth, he was Ilwaco’s memorable Peter Pan. Now that he is grown up, Evan Sutherland is continuing to work some magic.

And the 8,000-foot altitude gives him a training edge as he continues his competitive running career.

He’s continued to improve his times in the mile and added the 3000-meter steeplechase to his repertoire, while impressing those at Western Colorado University with his attitude.

“Evan is an incredible teammate,” said his coach, Jennifer Michel. “He has a contagious personality, and his smile is almost always present. Practice is never boring when Evan is with us. He has been named a captain for the cross country and track team due to his attitude and work ethic.”

Sutherland is the son of Tom and Garnette Sutherland of Seaview. He was a scholar-athlete at Ilwaco High School, graduating in 2015 after successes in cross country, wrestling and track. Teacher Rachel Lake remembers his contributions from seventh to 12th grade. He played percussion in jazz, pep and concert bands, was a high school honor student and acted in plays. “Amazing Peter Pan, plus several other parts,” said Lake.

Outside school, he earned his Eagle Scout rank.

“A very diversified and skilled young man,” said Kevin McNulty, long-time Ilwaco educator now semi-retired in Arizona, who coached wrestling at IHS. “He has the ability to relax everyone around him with his sense of humor and was always good for many laughs.”

Sarah Taylor, who coaches IHS runners, noted Sutherland qualified for the WIAA state cross country race all four years of high school and stood on the podium, placing 15th, as a senior.

“He has a great sense of humor and I have many wonderful memories — most of them just laughing like crazy — of his time at Ilwaco from seventh grade to senior year,” Taylor said. “He was always joking and pranking, but still worked hard and got the job done.”

Sutherland doesn’t argue with that assessment. “I don’t get too serious about things because that can take the fun away,” he said. “Running was something that I have enjoyed, and I have made a lot of good friends.”

But it hasn’t been all fun. An injury during his senior winter wrestling season meant he was not fit to compete for Ilwaco track before he graduated. “As with any fierce competitor, he does not like losing,” McNulty said. “If he did have a setback, you can be guaranteed he would be the first one back to the track or wrestling mat to fix things.”

Taylor said Sutherland was so dedicated that he attended the Ultimook XC camp all of his high school summers, worked there after graduation as a counselor, and would have returned to Tillamook in a larger role last year had Covid not shut things down.

“Being injured his senior track season was tough, but it helped motivate him to run after high school,” Taylor said.

Sutherland attended Clackamas Community College to earn his associate degree, living in a tiny Portland apartment and continuing his running career. When he looked to transfer to a four-year college, he eschewed larger schools like Oregon and Washington, despite their facilities and reputation.

“I got faster, but was hurt a bit. I was not super-consistent,” Sutherland recalled. He preferred a smaller college and a couple of running friends recommended Colorado. Also, his brother, Owen, had moved to Denver, some 200 miles from the campus of Western Colorado University at Gunnison .

“It’s been a perfect fit,” he said. “It is the complete opposite of home. I am way up in the snowy mountains of Colorado.

“For cross country, it’s been great,” he said. “Your success depends on how much you run over the summer. To get a good ‘base,’ you run a lot. It is one of my favorite things, summer time in the mountains.”

Only two teammates had faster times and although Covid curtailed his final season, he took part in one national 10K meet, helping his team to seventh place.

“It’s nice being out on the bigger stage,” he said. “It’s a step up, but it’s just as fun as when I was in high school. It’s longer and a bit more brutal than a 5K.”

Winter temperatures plunge into minus digits, while summers are hot. “It makes training different, to go for a run in minus-15,” he laughed. “It’s colder, but it sounds a lot worse than it is. It is dry and sunny, not humid.”

His Division 2 coach had recognized his potential and allowed him to “walk on.” “He had a spotty high school and junior college career due to injuries and inconsistency in training, but we quickly realized that he would be a strong contributor if we could just get him healthy,” said Michel.

Since then, Sutherland has stretched himself in fall cross country (college races are usually a couple of kilometers longer than high school) and added a winter indoor running season before going outdoors again for spring track.

While the firm 200-meter indoor surface is smaller than the traditional outdoor 400-meter track like the one at Ilwaco’s stadium, it offers a challenge. “It has sharper turns than outdoor and that is rougher because you turn hard,” Sutherland noted, meaning lower legs and especially shins pay a painful price.

His success, however, made headlines in the regional track community. As the indoor season ended this month, he ran the 1200 meters as part of the Mountaineers’ distance medley relay. He and three teammates, who ran different distances, placed eighth at the NCAA tournament in Birmingham, Alabama, earning them All-American status.

His 3:1.61 was his fastest time, a feat he credits to a stadium at sea level. “At 8,000-feet elevation, you have benefits for training and it makes you a stronger runner.”

One perk was flying to that national meet (instead of driving two days across four states). Most meets have required team members to squish into a van — 10 hours to Spearfish, South Dakota, and a more recent 2-3 hour ride east to Pueblo, Colorado, to begin his final outdoor track season.

The 3000-meter steeplechase at college level has been a treat to test himself. His record is 8:58.66, placing third in the Western Colorado Open. “As distance runners, we are a bunch of skinny awkward guys,” he laughed. “You go round five barriers each time and do seven laps. It’s easy to run a fast time and of course there’s the water pit. That makes it fun!”

As Sutherland eyes graduating in May, he reflected on his move to the mountains. “I love it. It’s been one of the best decisions,” he said.

He will graduate with a bachelor’s degree in biology and chemistry with a minor in environmental science. He’s planning some seasonal work while figuring out his path. He hasn’t ruled out pharmacy — his father’s profession — but wants to explore all options.

But first, track. And Coach Michel is pumped, in part because Covid cancellations extended Sutherland’s eligibility. “This last spring track season we plan to see some great races from him as after his three years at Western, he is healthy and will put together a full season.”

His prior coaches are rooting for him, too. “Evan has accomplished great things, but I would bet he has big things ahead of him,” McNulty said.

UNI’s Matthew Cook from 53 in pregame.