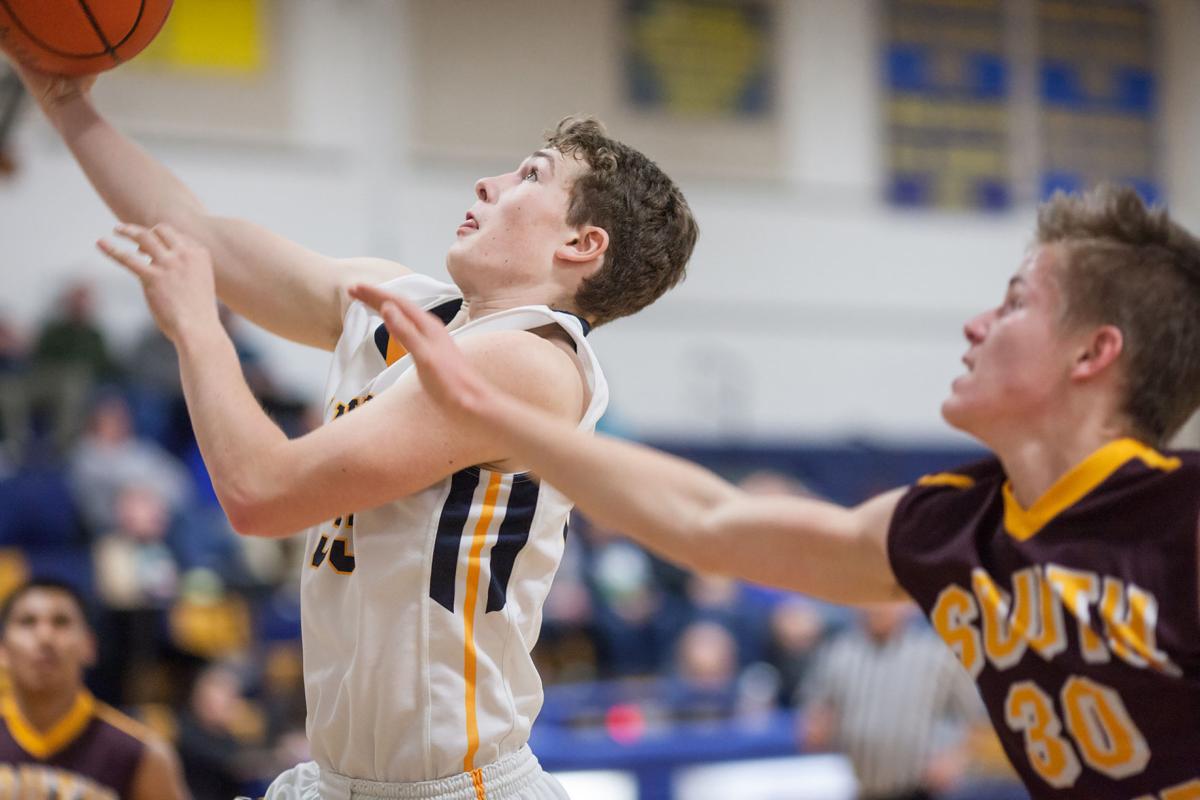 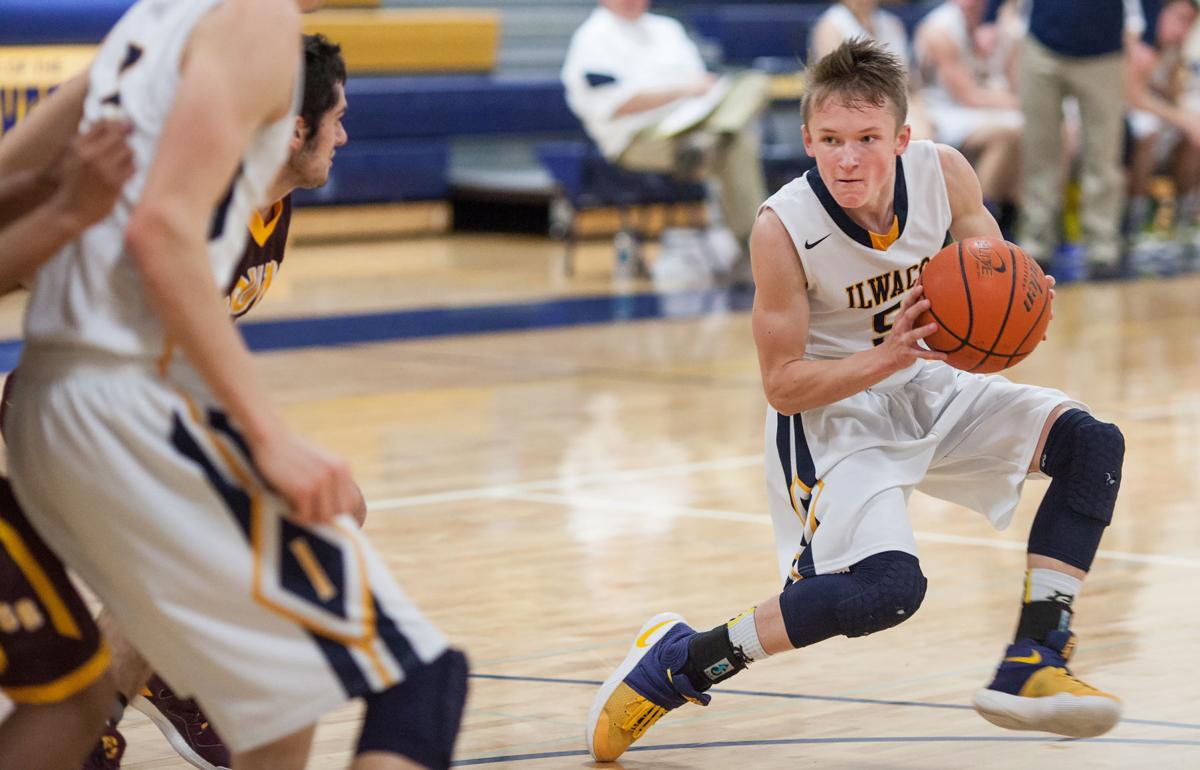 Ilwaco's Alex Kaino bounced outside before taking a shot over the South Bend defense Saturday night. 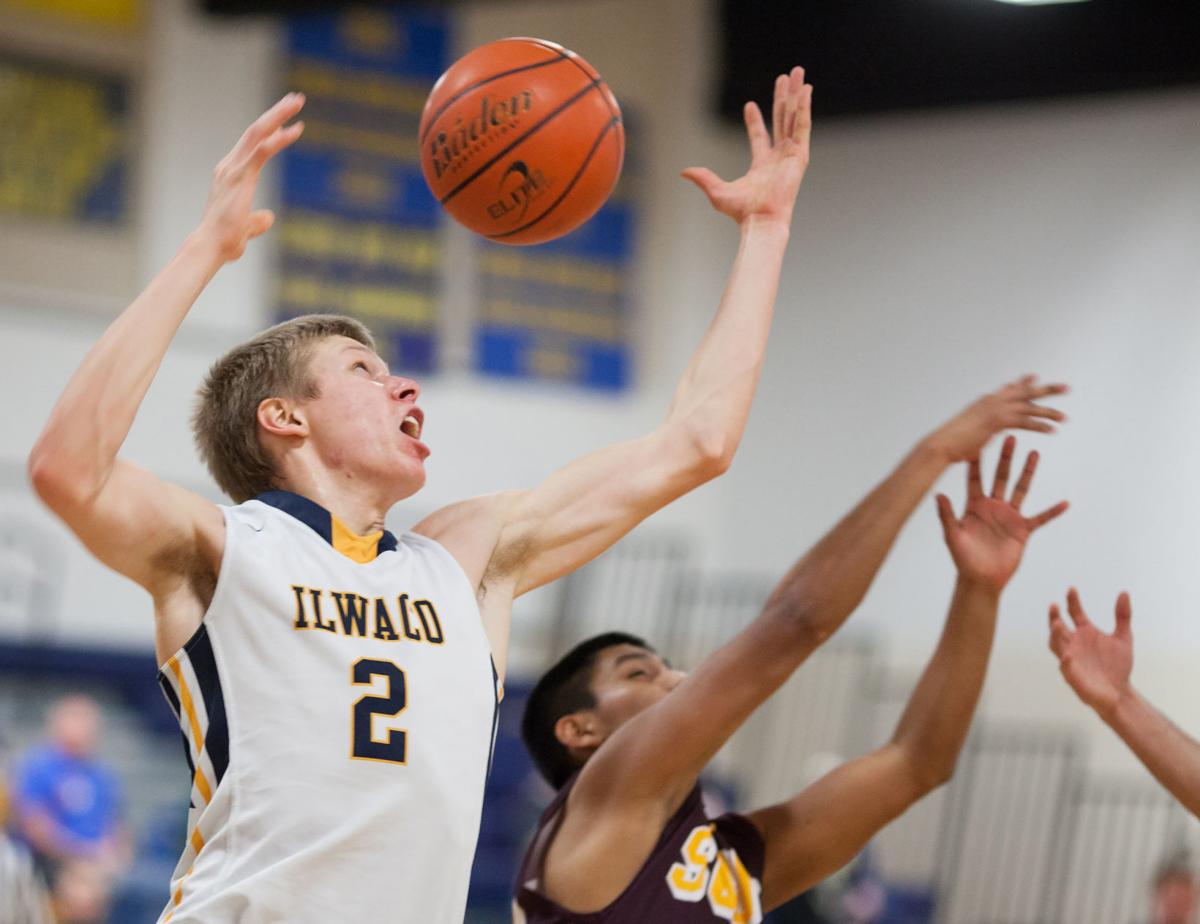 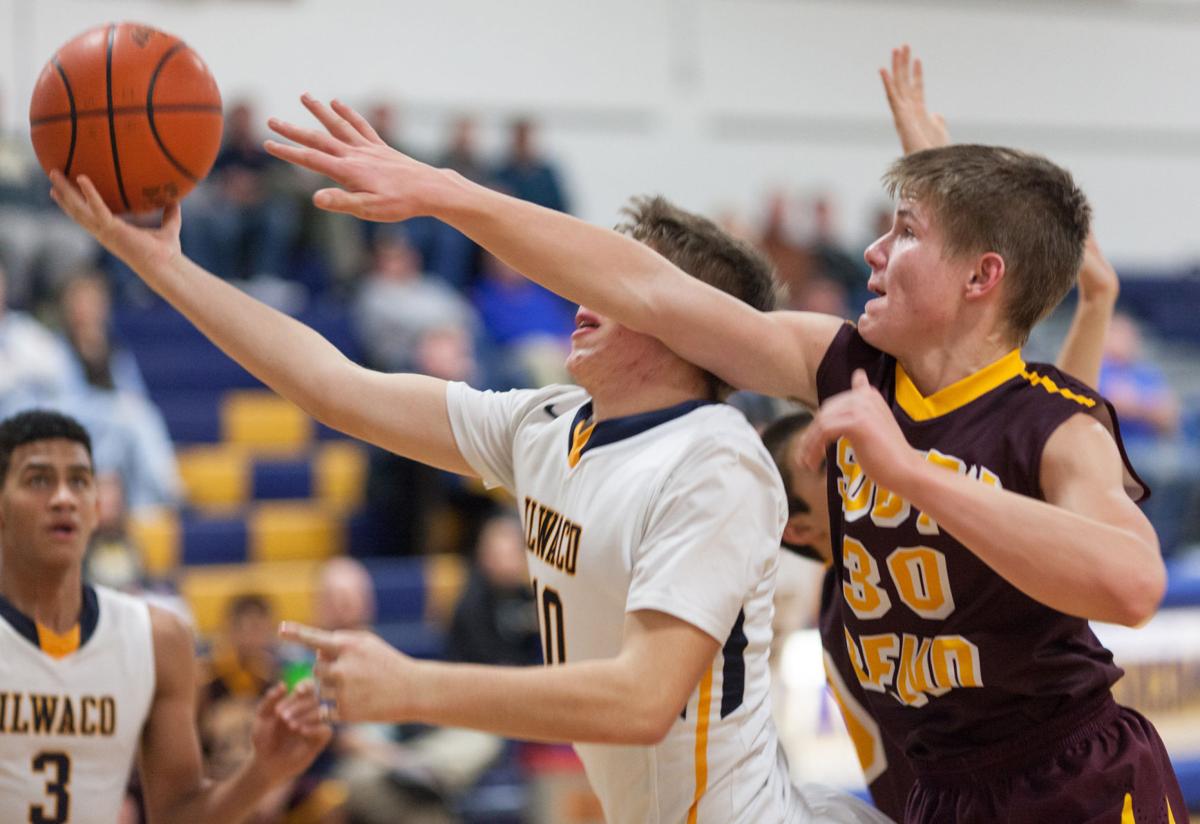 Ilwaco's Alex Kaino bounced outside before taking a shot over the South Bend defense Saturday night.

ILWACO — Alex Kaino scored 10 first-quarter points, and Robert Woods had 16 points by halftime, as the Fishermen cruised past South Bend 64-47 on Jan 7.

The Fishermen imposed a fast pace on the game. They even created fast breaks off short defensive rebounds on two occasions when Reese Tynkila beat the defense down court. Ilwaco’s defensive pressure created fast-break points for a 14-0 run over a 2:40 span midway through the first quarter for a 17-2 lead less than six minutes into the game.

With four seconds in the quarter, Kaino came open for an inbound pass from the baseline by Ethan Bannister and knocked down his second three-pointer of the period, making it 22-7.

Woods scored 10 points in the second quarter. He came up with a steal in the front court and took it the other way, and later put back Zac Tapio’s missed free throw. Ilwaco led 45-20 at the half.

Woods finished with 18 points on seven of eight shooting and grabbed nine rebounds. Bannister had four assists and three steals. Kaino and Tenyson Ramsey each had three assists.

Ramsey scored 10 points in the first quarter, and Ethan Bannister hit two three-pointers in the period, helping the Fishermen to a 26-9 lead after one. Ilwaco carried an 18-point lead into the final quarter. Bannister finished with 13 points, Zac Tapio with 12.

Stories From the Heart: Heroes of the Great Freeze