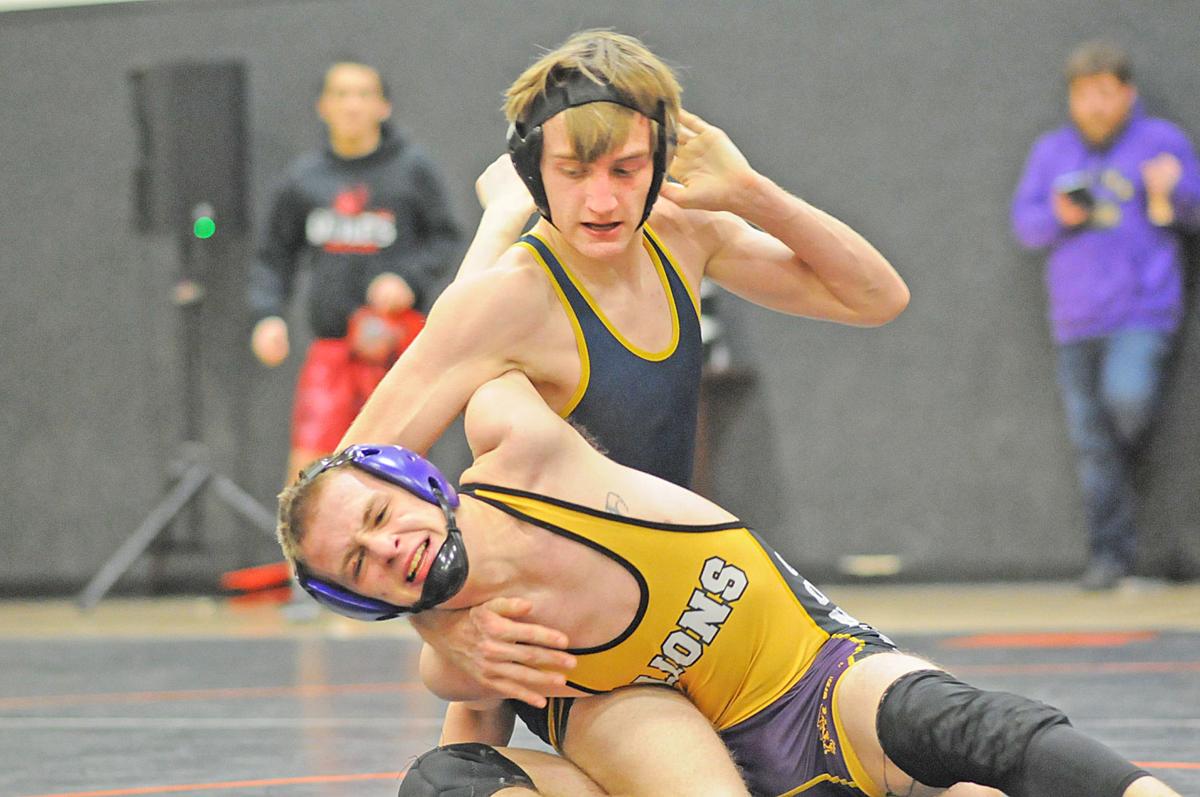 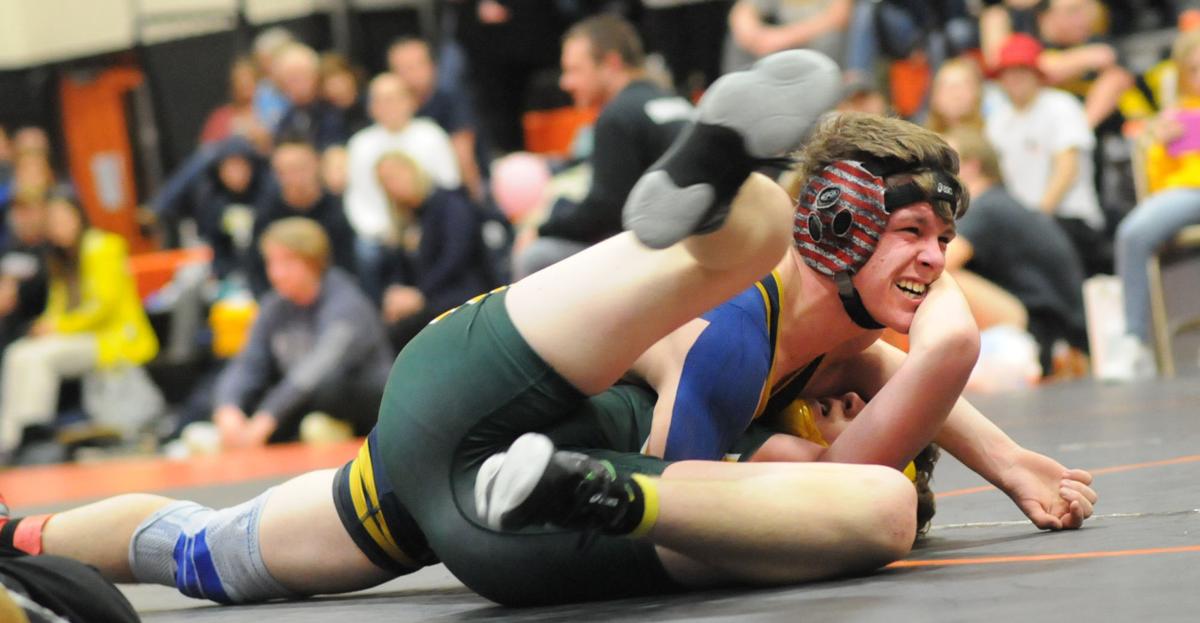 Aidan Auttelet goes for the pin in his semifinal match.

Aidan Auttelet goes for the pin in his semifinal match.

KALAMA — Ilwaco got four wrestlers into finals and won the team Regional wrestling championship Saturday, Feb. 15. The team had ten wrestlers advance to this week’s State tournament. Ilwaco beat out Kalama in team points to win a 21-team field.

Keegan Kemmer won emphatically, beating Toledo’s Trey Rego 18-1 in 145-pound finals, making him the top 2B wrestler in his class in Western Washington.

Walker pinned South Bend’s Ole Olsen in quarterfinals, then got a third-round pin in a tough semifinal round against Zariah De Biaso of North Beach. Walker was behind 4-1 after one round, but Walker struck immediately in round two, taking a shot at Olsen’s leg and bringing him down. Walker built an 11-6 lead by the end of round two.

In the third round, Walker started on the bottom but saw Olsen’s vulnerability right away: “He was riding too high,” Walker said after the match. Walker took advantage with a head-and-arm move for a quick reversal and pin.

In the finals match, Walker went three rounds with Darrin Sedanius before being pinned.

In his semifinal, Auttelet launched into Landen Brown (Darrington) from the side to pin him in the second round. Arjuna Adams (La Conner) then beat him in finals.

After Rodda pinned Zane Dunham (Ocosta) in under a minute, teammate Bryan Sparks took him to three rounds before getting pinned. In finals, Raymond’s Levi Woods avenged a dramatic finals loss the previous week, pinning Rodda in 1:39.

Taylor went down in the second round of semifinals against Life Christian’s Bryan Dickerson, who won his sixth straight tournament Saturday, but pinned his other three opponents to go 3-1 for third-place.

Jackson Wilkin went 3-1, beating teammate Aidyn Cohen-Tjaden in two rounds in his first consolation match before dispatching his next two opponents in under a minute each.

Sparks and Tanner Brasket each placed fourth, and Cohen-Tjaden was fifth.

The State tournament will be at the Tacoma Dome Friday and Saturday Feb. 21-22.