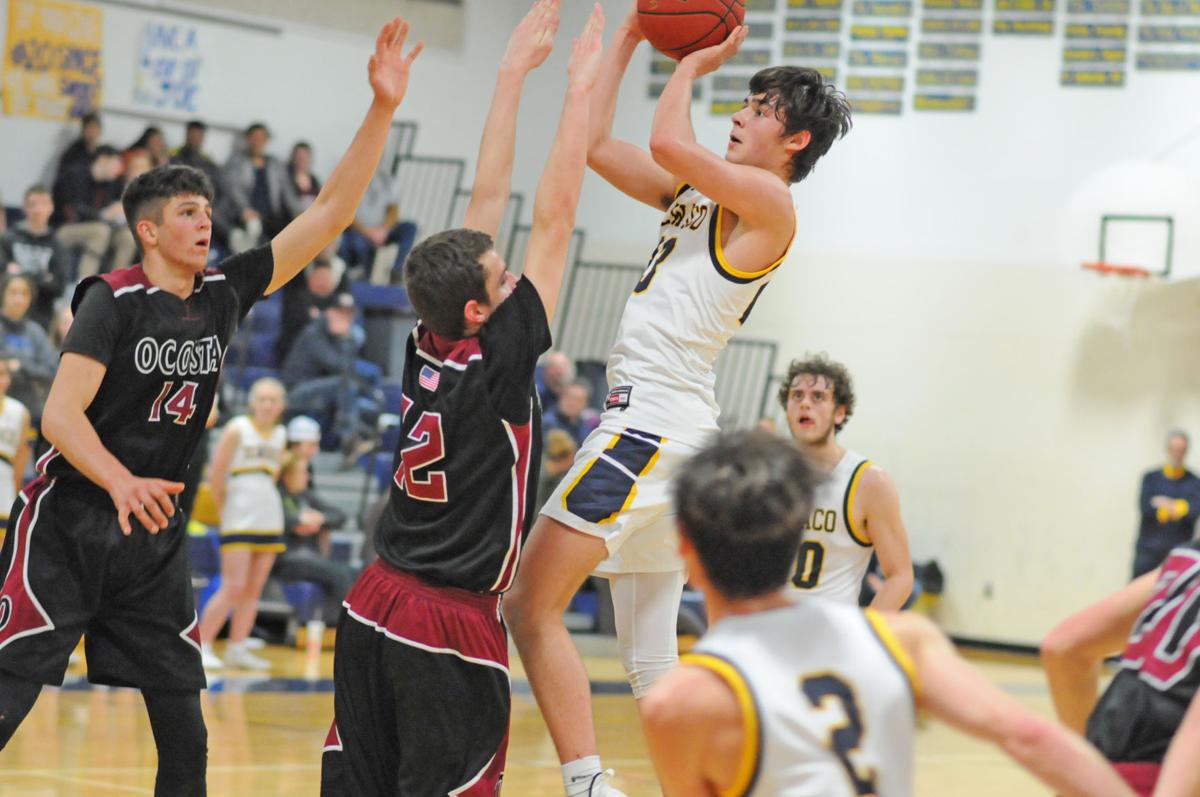 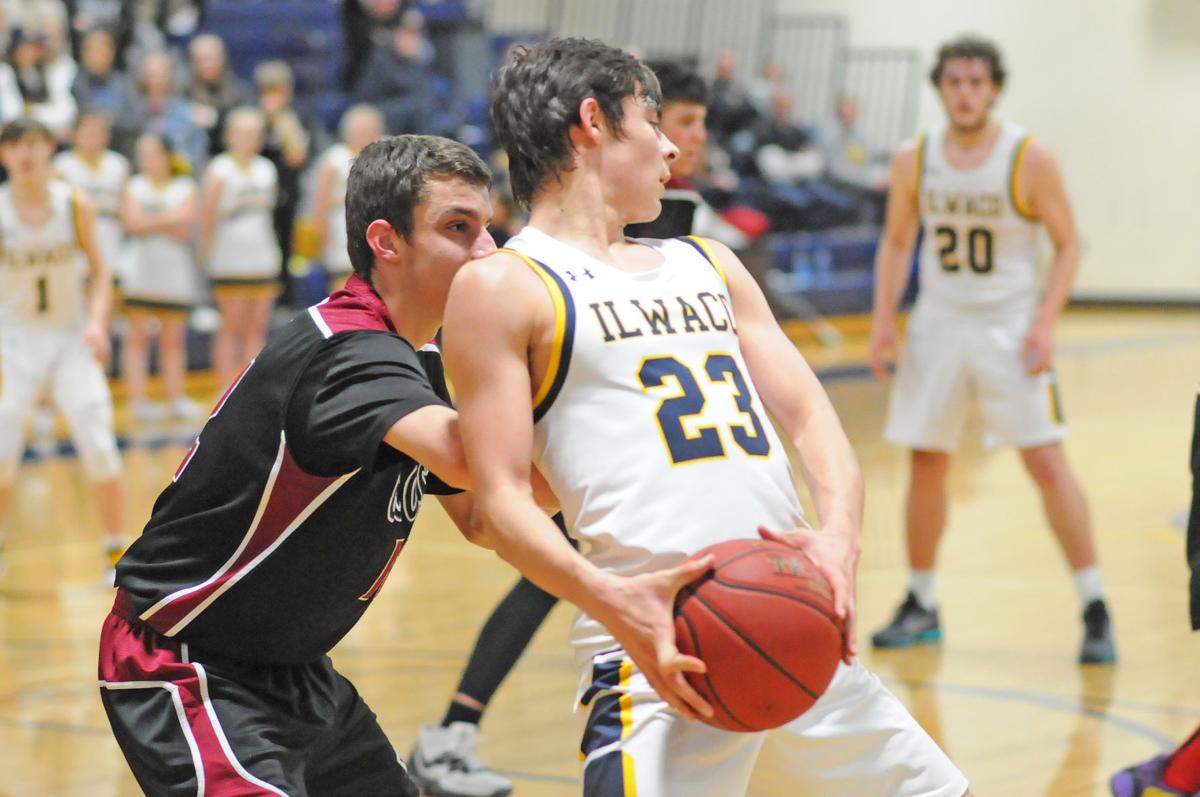 Parker Kaech works against Ocosta’s Kobe Rudolph in the post. Kaech scored 20 points in the win.

Parker Kaech works against Ocosta’s Kobe Rudolph in the post. Kaech scored 20 points in the win.

ILWACO — Parker Kaech scored 20 points and Daniel Whiting added 19, leading Ilwaco to a 72-38 victory over Ocosta Tuesday, Jan. 7. The Wildcats came in with a winning record, but Ilwaco held them to their lowest point total of the season, while putting up the highest scoring total of any team facing the ‘Cats.

Kaech came up big in the early going. He started his night with a pair of baskets in the low post. Then, at the end of the quarter, Calvin Baze worked the clock to set up the last shot, then hit Kaech for a three and a 17-7 lead. Kaech followed with a fade-away shot and a pair of free throws following an attack on the basket, giving him 11 early points and Ilwaco a 21-9 lead.

Cole Hatton’s deep three-pointer for Ocosta cut the lead to 25-17 with 1:23 until half-time, but Ilwaco pulled away at the end of the half. Kaech answered Hatton with a corner three. Joe Nisbett came open and scored. Then Kaech had a steal and found Whiting for a 32-17 halftime lead.

Whiting was highly active in the second half, during which he had four offensive rebounds. He got himself going with a pair of put-backs, then came open underneath for a layup and a 44-26 lead. Whiting added a pair of threes in the fourth quarter, extending the lead to 58-33 with around four minutes left.

Ocosta came into the game 5-3 in league play, trailing Life Christian, Northwest Christian, and Willapa Valley in the standings. Ocosta had lost by seven or fewer points to each of the other top contenders before being blown out in Ilwaco.

PUYALLUP — Wakiyan Cuny’s floater in the lane with 2.5 seconds in overtime was the game-winning shot in Chief Leschi’s upset of Ilwaco Friday, Jan. 10. After Cuny’s shot, the Fishermen couldn’t connect on a desperate full-court in-bounds pass, and a Leschi free throw closed out the 67-64 win.

The Fishermen (8-3 overall, 7-3 in the Pacific League) led 47-36 through three quarters with help from a big game by Jaden Turner, who finished with 20 points while making six of his 11 three-point attempts.

Free throws were the biggest weapon for the Warriors (6-6, 4-6) during their comeback. Chief Leschi hit 15 of 21 free throw attempts in the final period. Ilwaco shot only two free throws in the period.

“It was kind of a weird game,” Ilwaco coach Tim Harrell said.

“We had a lot of unforced turnovers,” he said.

Harrell thought the team didn’t get the ball to Parker Kaech enough down the stretch.

“We kind of lost track of who our [main] man is, and that’s Parker Kaech. He didn’t get the ball enough in the fourth quarter.”

Daniel Whiting scored five of Ilwaco’s seven points in the overtime to finish the night with 10 points.