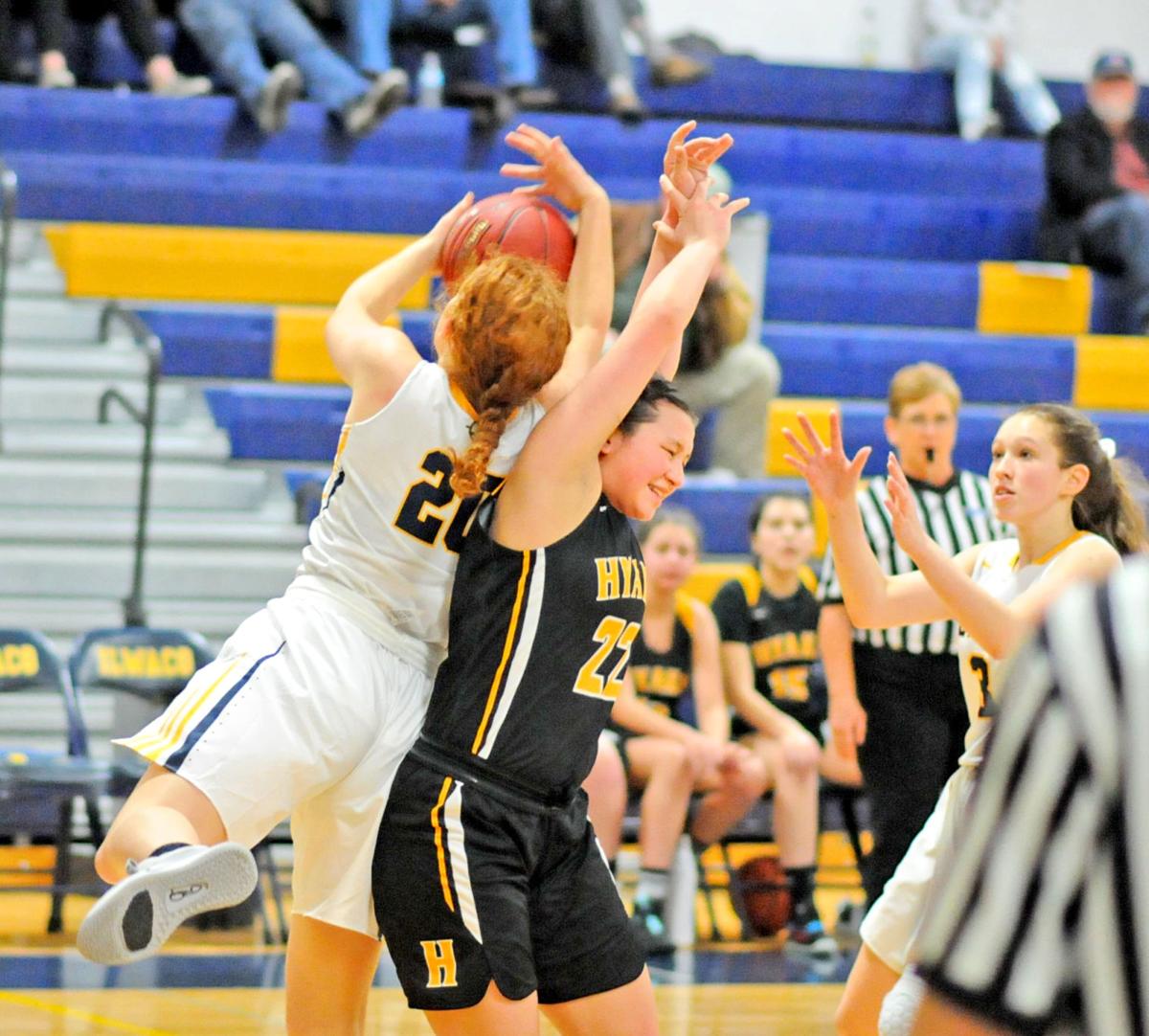 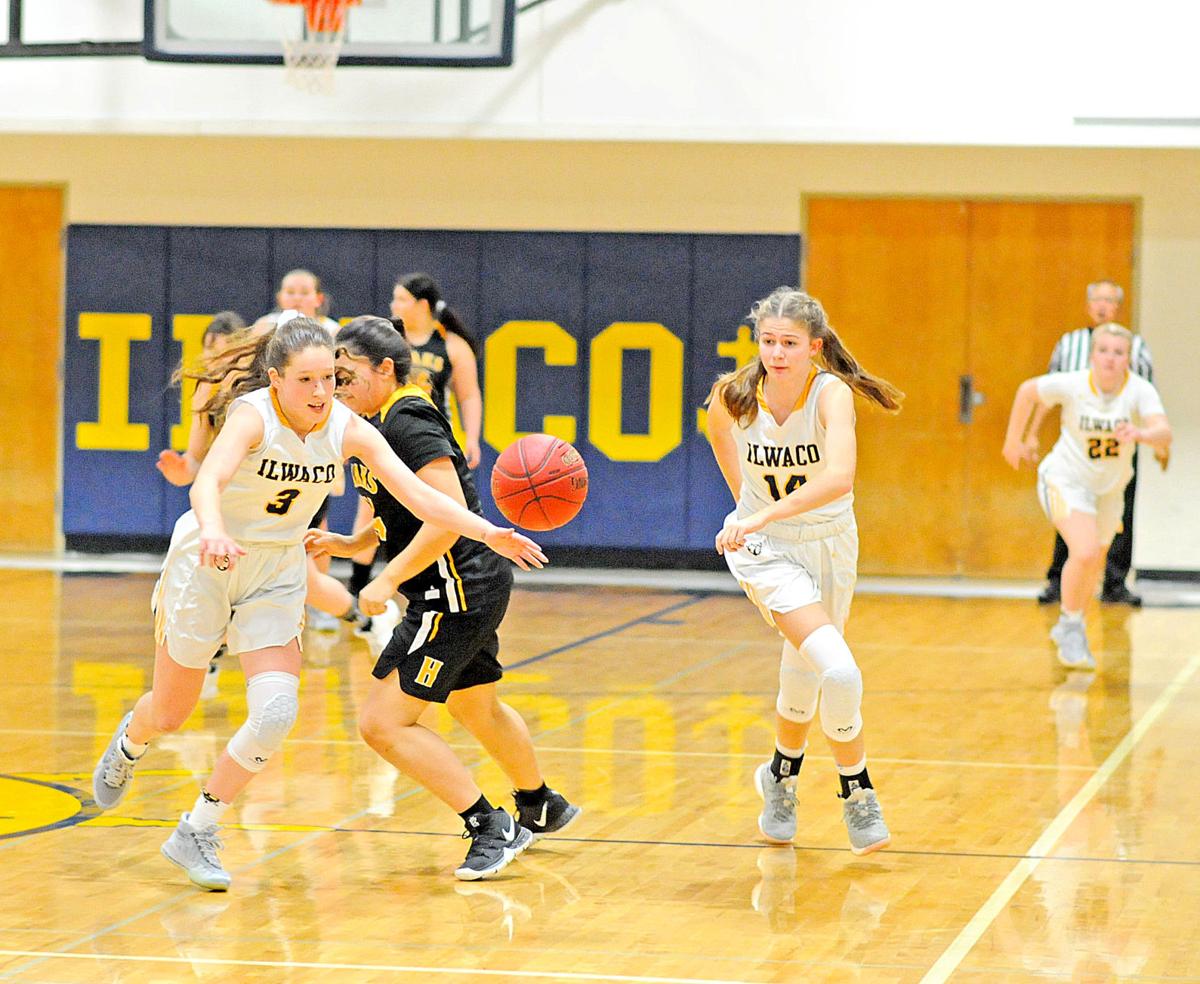 Tiana Ramsey (left) and Estella Sheldon combine on a steal against North Beach. 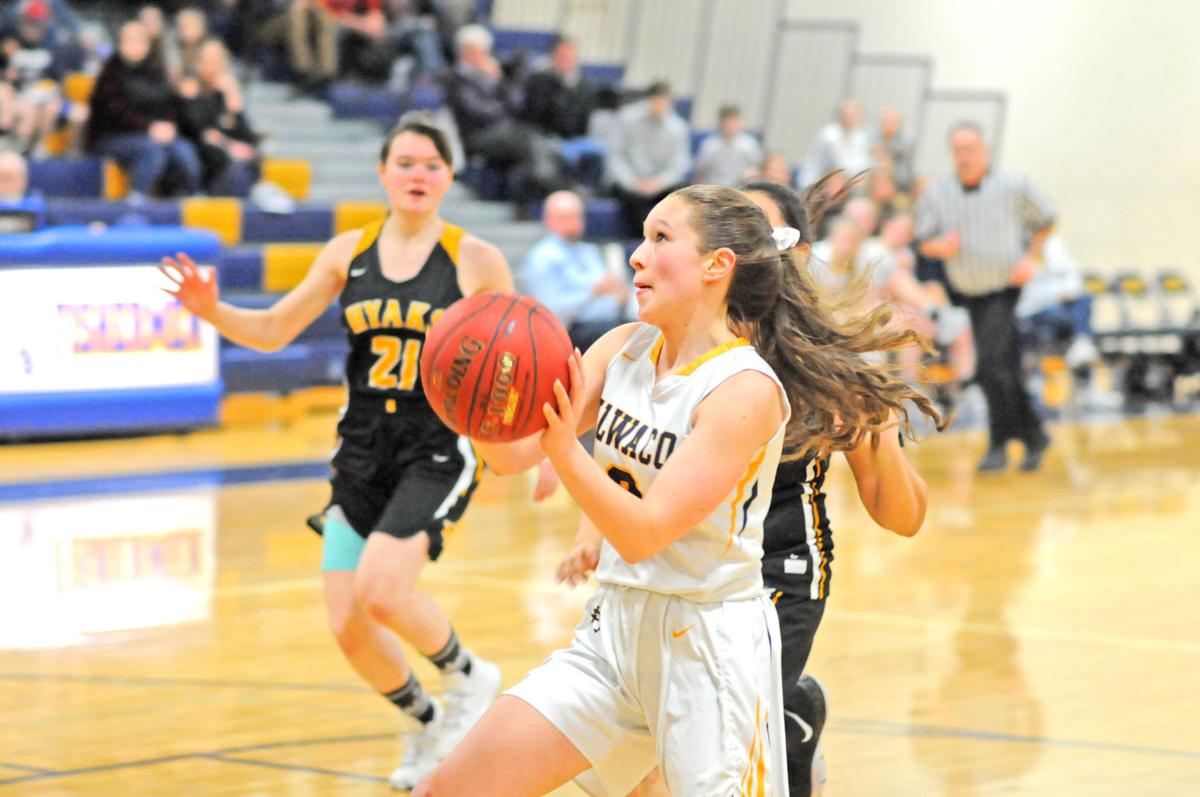 Tiana Ramsey on a fast break against the Lady Hyaks. 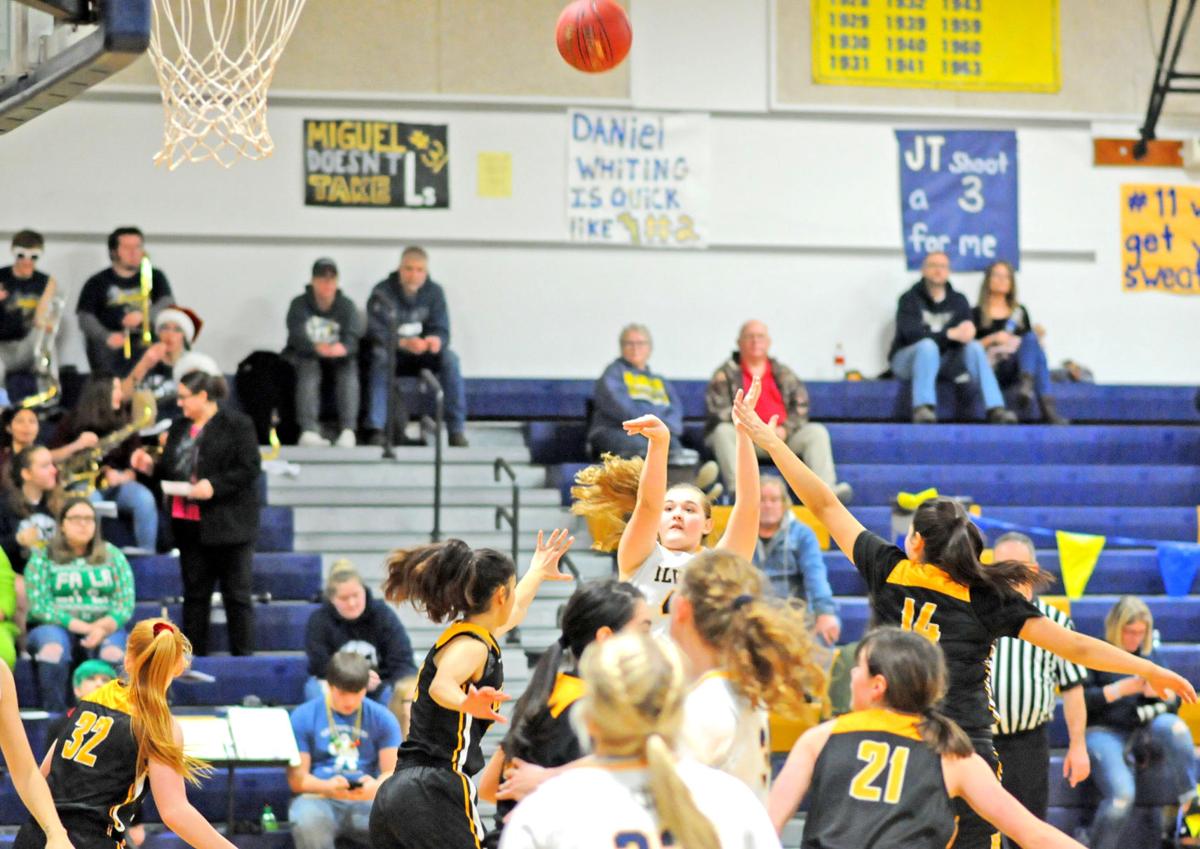 Tiana Ramsey (left) and Estella Sheldon combine on a steal against North Beach.

Tiana Ramsey on a fast break against the Lady Hyaks.

The Lady Fishermen went with a full-court press that produced a streak of steals on or shortly after the inbounds pass, allowing them to run away with the game early on. Sunny Kemmer converted a three-point play on a fast break, then got a steal right after the inbound, drew the foul and hit both free throws for an early 12-0 lead.

Tiana Ramsey intercepted a pass seconds later and fed Estella Sheldon for the score, one of four steals and five assists by Ramsey. Sheldon picked off a long pass and scored on the break. Erika Glenn swiped it from the recipient of the subsequent in-bound and scored, giving Ilwaco 11 points in the span of about a minute and making it 18-0 with about 3:30 left in the first quarter.

Kaytlenn Whelden finished the quarter off, driving coast-to-coast and beating the buzzer with a tough shot in the lane to make it 32-2.

Glenn went on a scoring spree starting late in the first quarter, piling up 13 points in about a nine-minute span, and it was 51-4 by halftime. She finished with 20 points, 16 of them in the first half, along with eight steals and four assists.

Jaymi Kemmer buried back-to-back threes in the fourth quarter to close out scoring.

Sunny Kemmer joined Glenn in double-figures with 13 points. Sheldon finished with 10 rebounds, seven of them offensive.