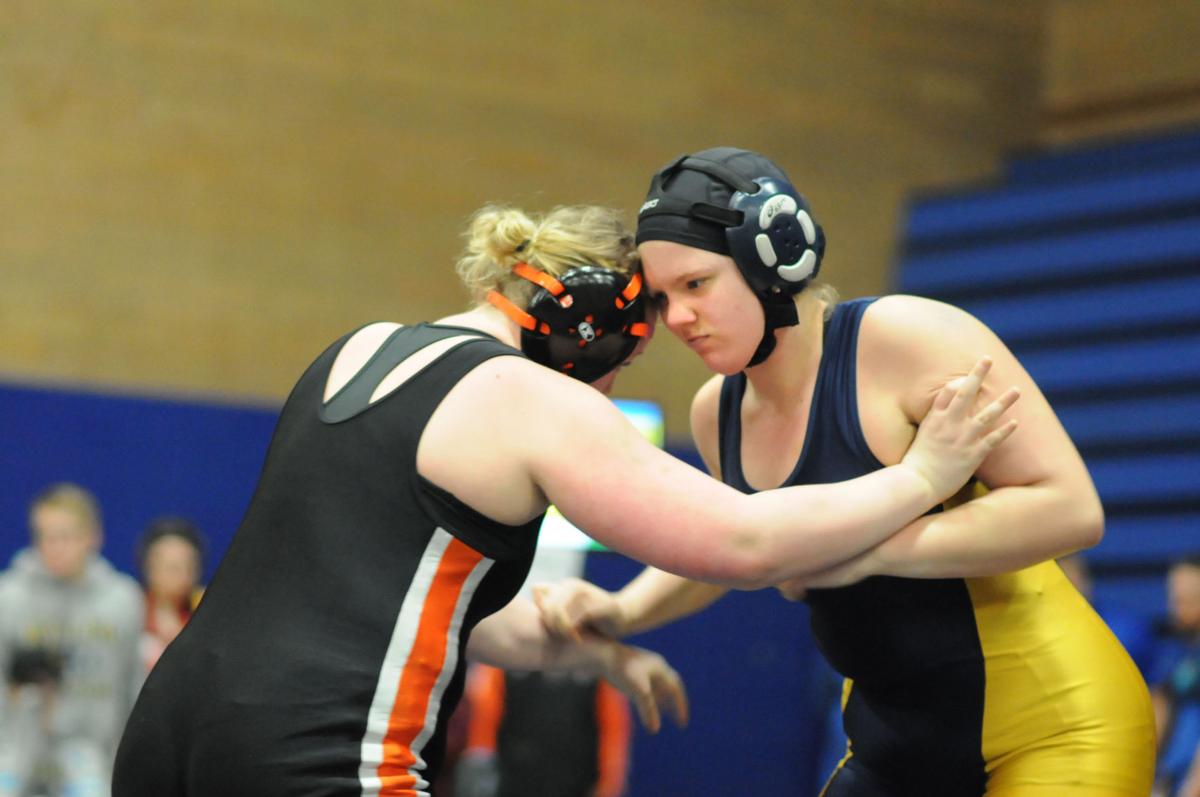 Serena Kuhn (right) goes head-to-head against Vanessa Brooks with a trip to state on the line. 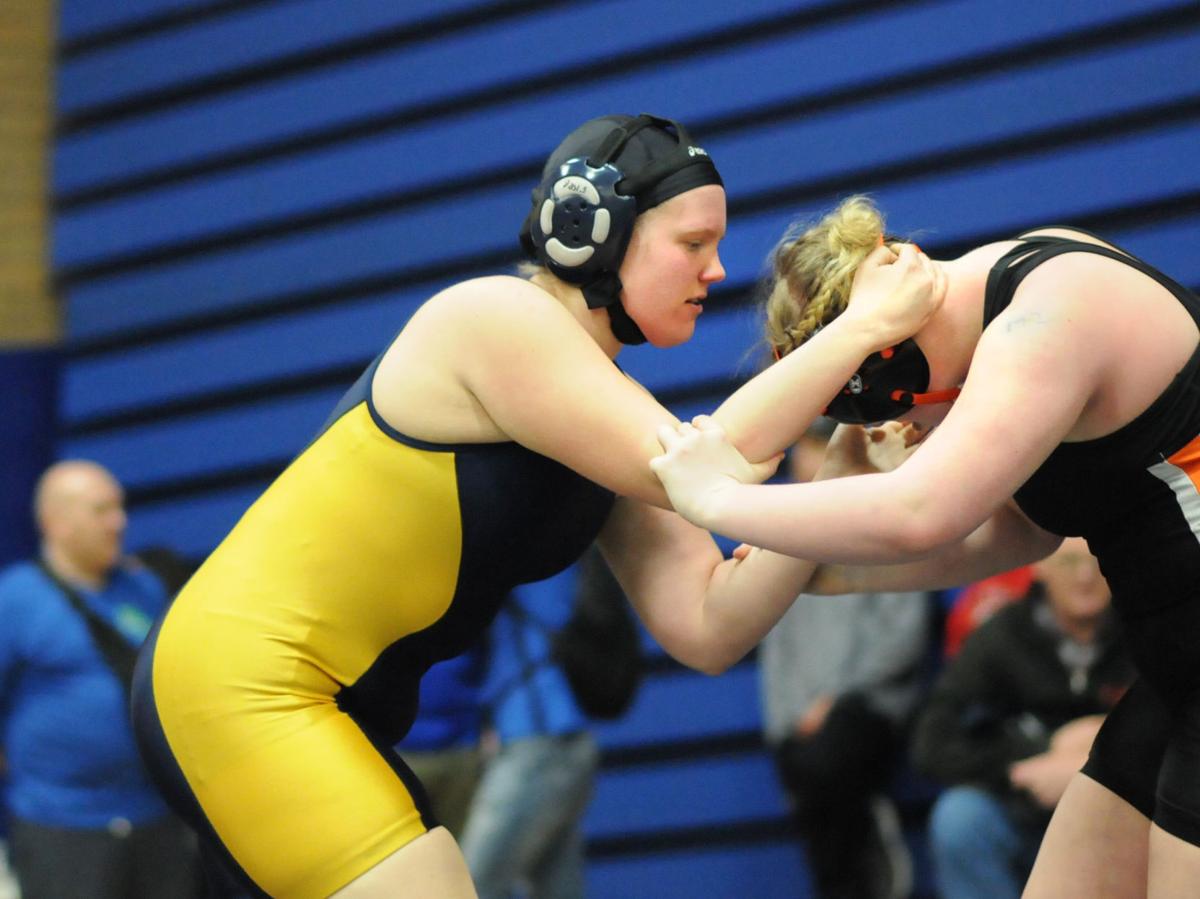 Serena Kuhn (right) goes head-to-head against Vanessa Brooks with a trip to state on the line.

In quarterfinals, Kuhn’s first round, Indra Gutierrez-Gaita (Mountainview) looked to take her down by the neck after about a minute-long stalemate. Gutierrez-Gaita got her arms on top of Kuhn’s neck. But as she was going down, Kuhn twisted, got her leg back and tripped her opponent, turning her head into her for a pin.

In semis Kuhn had a much longer stalemate against Vanessa Brooks (Washougal). The two spent the first two rounds standing head-to-head, fighting off one another’s moves. In round three Brooks started on top but Kuhn continued fighting off her moves, and it became increasingly likely that the first score would win the match. Finally, late in the match, Kuhn got her leg behind Brooks and leveraged this into an escape to win the match 1-0 and clinch a State berth.

Kuhn then pinned Vanessa Bautista of Kalama in finals with 33 seconds in the match to win the tournament.

The state tournament is Friday and Saturday Feb. 21-22 at the Tacoma Dome.