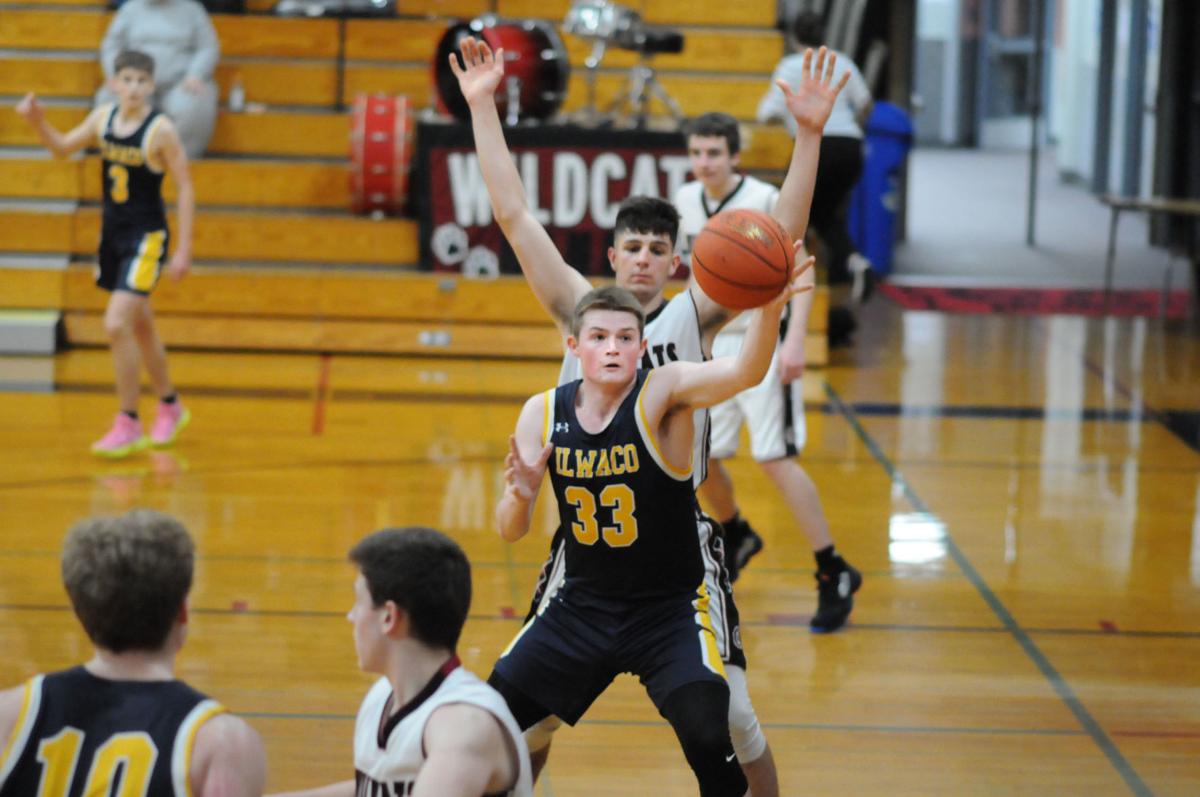 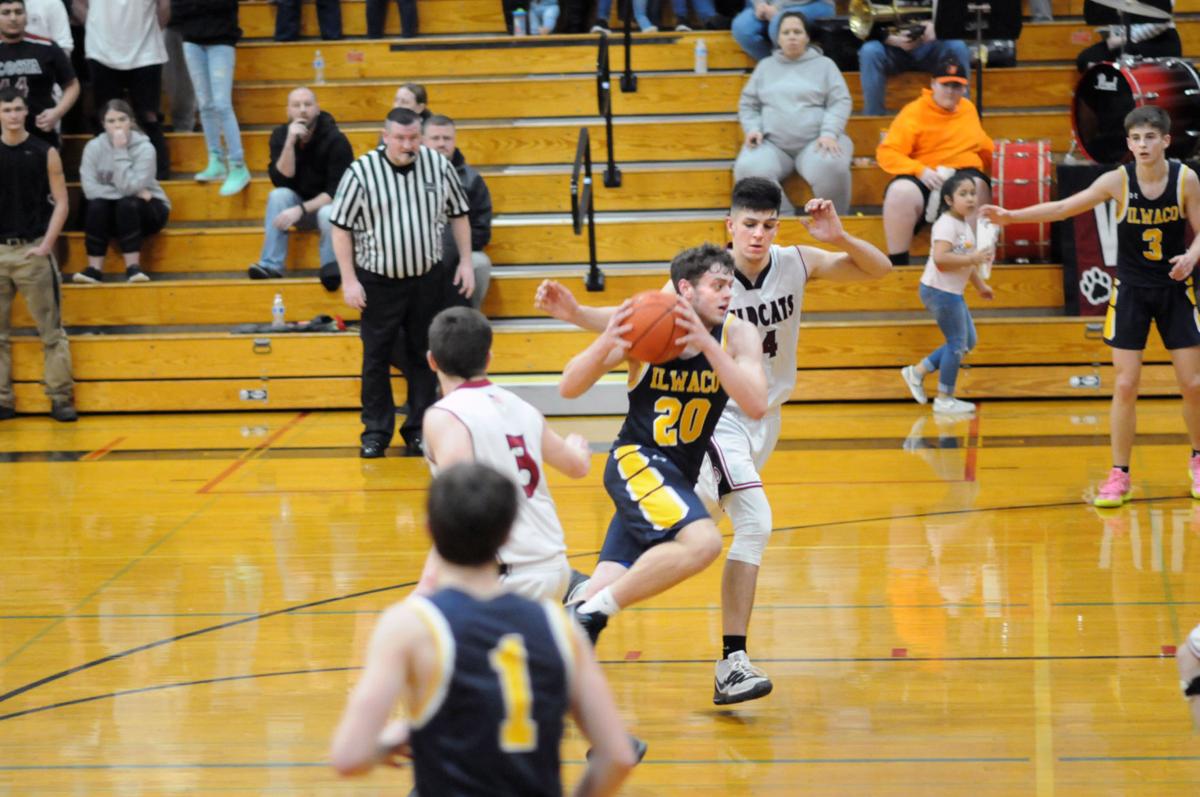 Bubba Douglas goes into the lane against Ocosta.

Bubba Douglas goes into the lane against Ocosta.

Ilwaco's Jaden Turner hit a five-footer for a 69-67 lead with 9.5 seconds in regulation, then stole a sideline-inbound pass by Ocosta star Cole Hatton, seemingly clinching the win. Daniel Whiting, who torched Ocosta with seven first-half three-pointers, missed the front end of a one-and-one with 2.0 seconds remaining. Rudolph had to put up a desperate shot from way beyond half-court but was fouled by Whiting.

Referees are often reluctant to make such a call. But Rudolph, who had six three-pointers in the second half, managed to create very visible contact that affected his shot, leaving refs little choice but to blow the whistle.

With 0.2 seconds remaining, Rudolph stepped to the line and sank the first free throw through an Ilwaco timeout call. Dismissing Ilwaco's argument that the whistle should have negated the free throw, refs awarded Rudolph the free throw and Ilwaco the timeout.

Out of the timeout, Rudolph swished the second free throw, tying it at 69. Ilwaco again called timeout. This time, Rudolph missed off the front of the rim, setting up overtime.

With Ilwaco trailing 74-71, Whiting nailed his eighth three-pointer to tie it with a minute to go.

On Ocosta's final possession of the first overtime, Hatton drove past two defenders but Joe Nisbett rejected his layup. The ball went out of bounds to Ocosta; Rudolph caught it on the inbound, but Whiting forced him to get rid of it, and Caesar Martinez missed a tough three at the buzzer, sending the game to double-overtime.

Ilwaco led 78-75 before Rudolph took over again. He drove the baseline, under the basket and flipped a layup over his head to cut it to one. Rudolph blocked a Bubba Douglas layup on a cut to the basket, then hit a contested three for a two-point lead with 1:52 to go.

Calvin Baze tied it back up, going at two defenders along the baseline, then winding and twisting his way around them for the basket.

Center Omar Luque gave the lead back to the Wildcats, this time for good, with a fade-away shot over Nisbett.

Ilwaco had a final chance trailing by three after Hatton missed the second of two free throws with 6.1 seconds left. Douglas swung a pass cross-court to an open Turner, but the buzzer sounded with the ball in the air, signaling victory for the home team.

But Rudolph got just as hot in the second half. He hit four threes in the third quarter, three of them during an 11-2 run spanning about two minutes. The last of these shots gave Ocosta the 51-50 lead. Alex West pushed the ball up-court and scored on a give-and-go with Brady Vinsonhaler to regain the lead for Ilwaco at quarter’s end.

With around four minutes remaining, Ocosta center Luque, left open, hit a three to tie it at 58. Nisbett, all alone behind the defense on a press-break, answered with a layup for Ilwaco. Rudolph hoisted up his fifth three of the half to give the lead back to Ocosta, but Nisbett answered again on a press-break for the 62-61 lead with 2:55 left.

There were four more lead-changes in the next 1:17, the last on a Douglas three to put Ilwaco ahead 67-65.

After several offensive rebounds, Ocosta ran a play out of a timeout to set up the tying basket. They went inside to Luque, then sent their all-time leading scorer, Hatton cutting under the basket, where he took the short pass and scored.

Turner hit the would-be game winner at the other end. He got by his defender into the lane, and Luque, drawn to the weak side by Nisbett, arrived too late to stop him.

“My defender closed out hard and the lane was open, and the guy guarding Joe didn’t come up,” Turner said.

Ilwaco finished the year 12-6 in league play for fourth place, and Ocosta took fifth at 10-8.

Ilwaco will play its first District tournament game against either Adna or North Beach at W.F. West High School in Chehalis Thursday, Feb. 13 at 6 p.m.