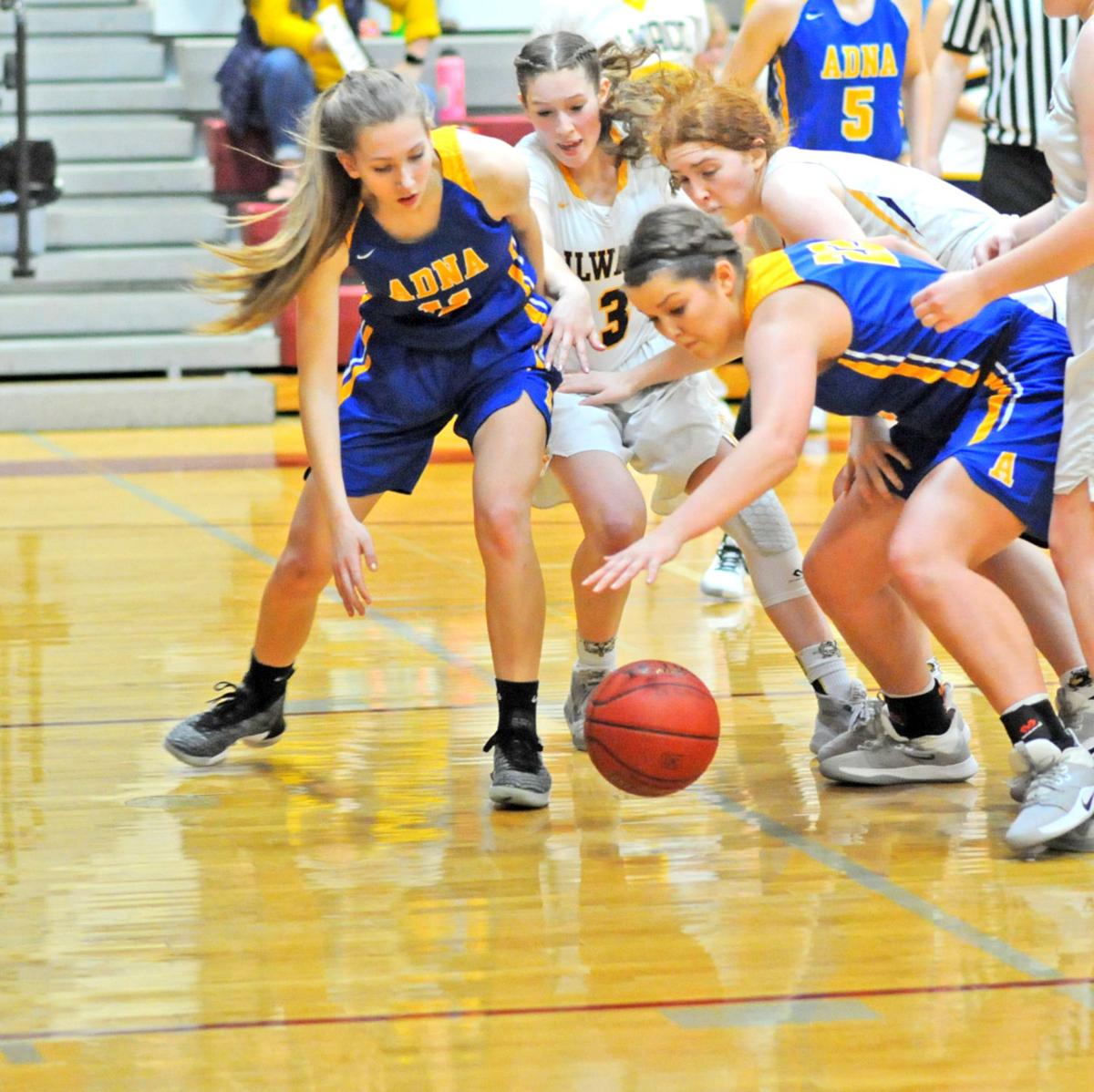 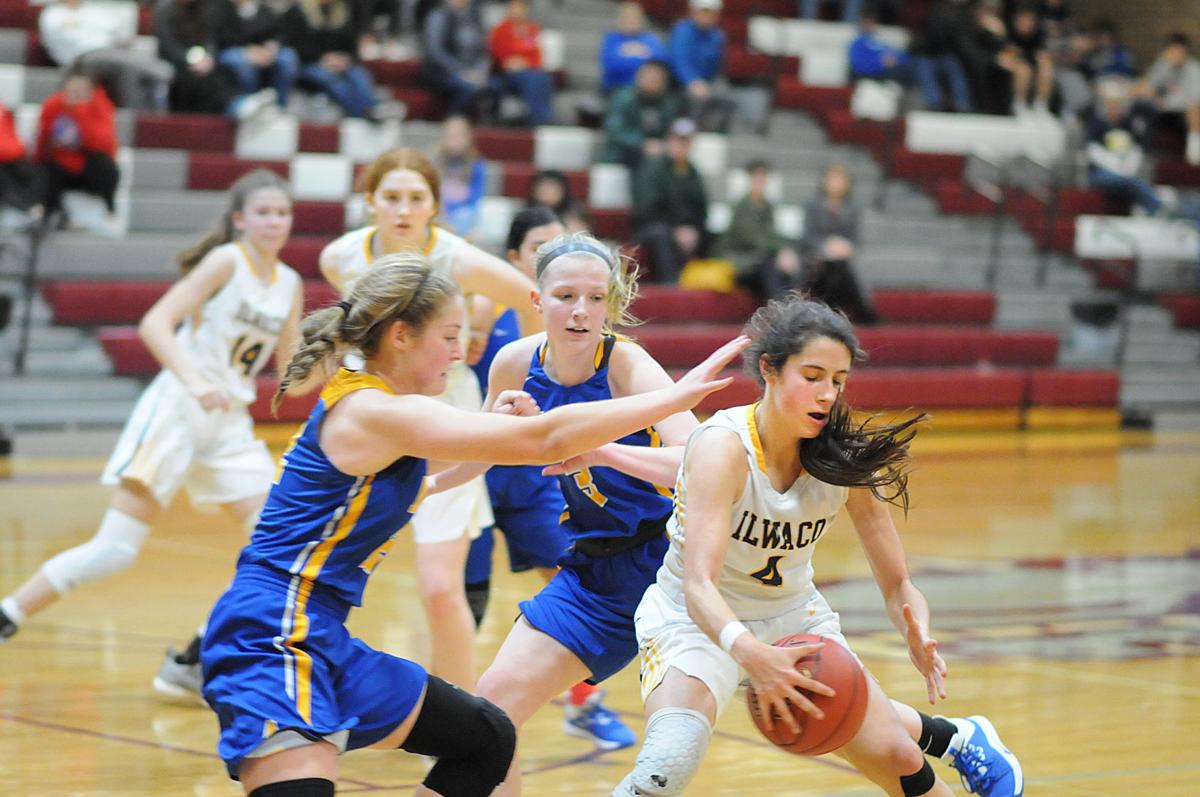 Erika Glenn operates along the sideline against two Adna defenders.

Erika Glenn operates along the sideline against two Adna defenders.

MONTESANO — Erika Glenn’s 23 points, 15 rebounds and four assists led Ilwaco to a 42-26 victory over Adna in District quarterfinals Saturday, Feb. 15. The Lady Fishermen took control by outscoring Adna 16-1 during a stretch that spanned most of the second quarter.

The Lady Pirates (fourth place in the Central League at 8-2) turned games against many of the top teams on their schedule into grinding defensive battles with scores in the 20s and 30s. Saturday’s game was often methodical, but for Pacific League champion Ilwaco (20-1 overall, 18-0 in league), the usual formula of stingy team defense and high scoring from Glenn carried the day.

In Ilwaco’s first playoff game after byes the first two rounds, Glenn brought fiery play from the start. She gambled for a steal attempt off the opening tip and risked a full-court drive on the first Ilwaco possession. Neither of those risks paid off, but Glenn also flew over to block jump shots on baseline-inbounds plays on the first two Adna possessions.

Glenn scored all seven Ilwaco points in the first quarter, which ended with the contest tied at seven. Adna was off the mark from three-point range. With Glenn containing All-League guard Payton Aselton, the Adna offense wasn’t very dynamic.

“We knew the sets they were going to run,” Ilwaco coach Ned Bittner said. “We knew they have a couple of good three-point shooters. We knew if we kept them in front of us, they would be fairly limited.”

Ilwaco never turned it into an up-tempo game, but they boosted the pace a bit in the second quarter as their posts ran the floor, even as Adna’s offense was grinding to a halt. Kylie Gray took a Glenn outlet pass and got to the free throw line early in the period. Estella Sheldon got down-court quickly, then darted to the corner for an open three and an 11-7 lead. Aselton tried to answer, but missed a deep three; Olivia McKinstry took off right away and hit a layup on a bounce pass from Glenn. Late in the quarter, Glenn dribbled sideways into a smooth three-point shot for a 15-point lead.

Meanwhile, the Pirates found themselves stymied, twice heaving up desperate shots to avoid shot-clock violation. They had an unforced travel, and shortly afterward had a technical called on their coach as Ilwaco slowly pulled away. Down 23-8, they looked like were about to get their first field goal in over eight minutes, but Sheldon swatted the shot away from behind near the basket. Shortly afterward Adna stole a Sheldon pass and scored to end the drought, but Sheldon made up for it right away, driving from the left side for a layup, and Ilwaco led 25-12 at halftime.

Glenn put up another eight points in the third quarter, on a three-pointer, a driving layup and a three-point play, helping Ilwaco extend the lead to 38-18, and Adna couldn’t rally in the fourth.

With the victory over Adna, Ilwaco advanced to face Central League number two Wahkiakum Tuesday (after deadline) in District semifinals. Mossyrock shocked Toledo on Saturday to reach the other semifinal against Rainier, which defeated Raymond.