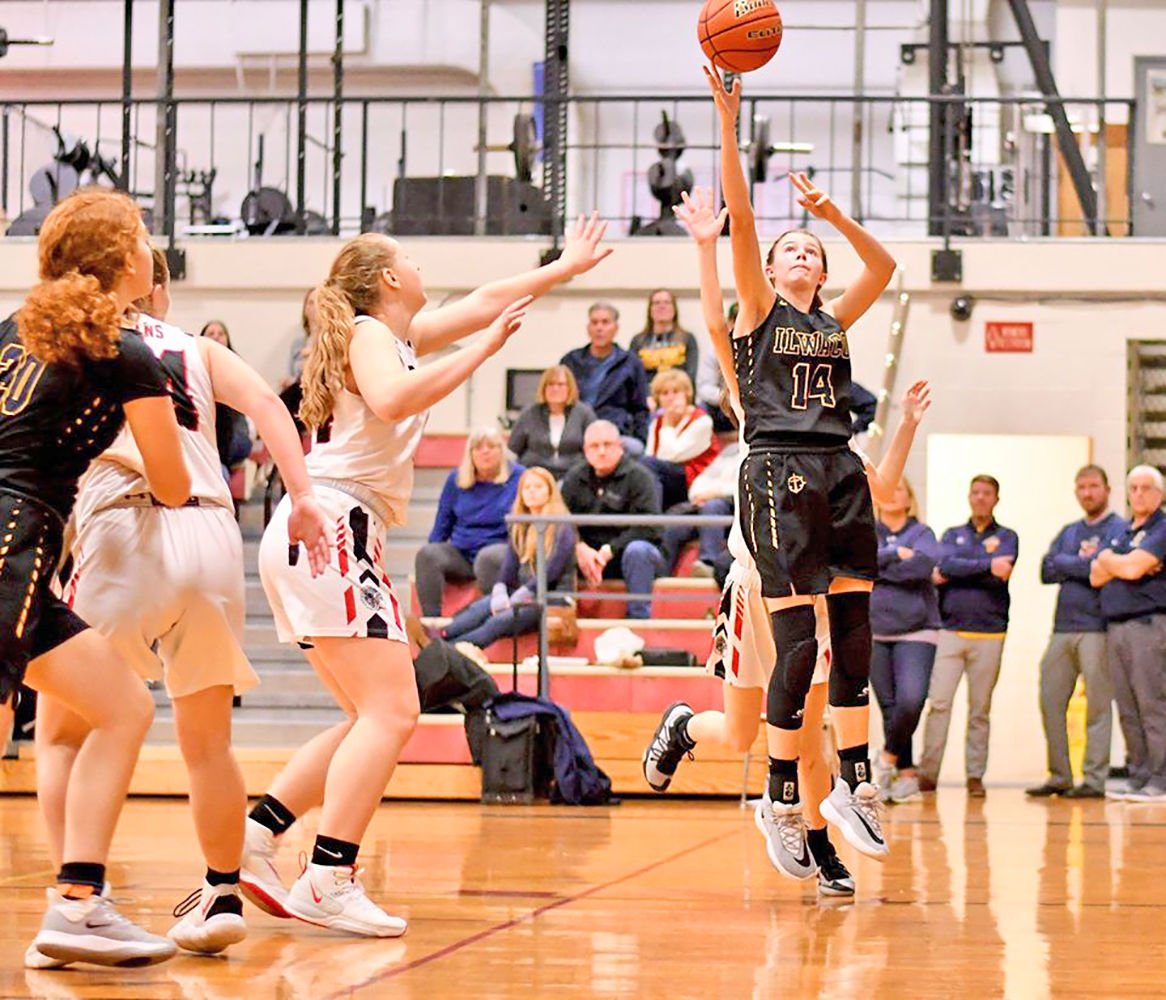 Estella Sheldon shoots from the baseline. She finished with a game-high 12 points against Toledo. 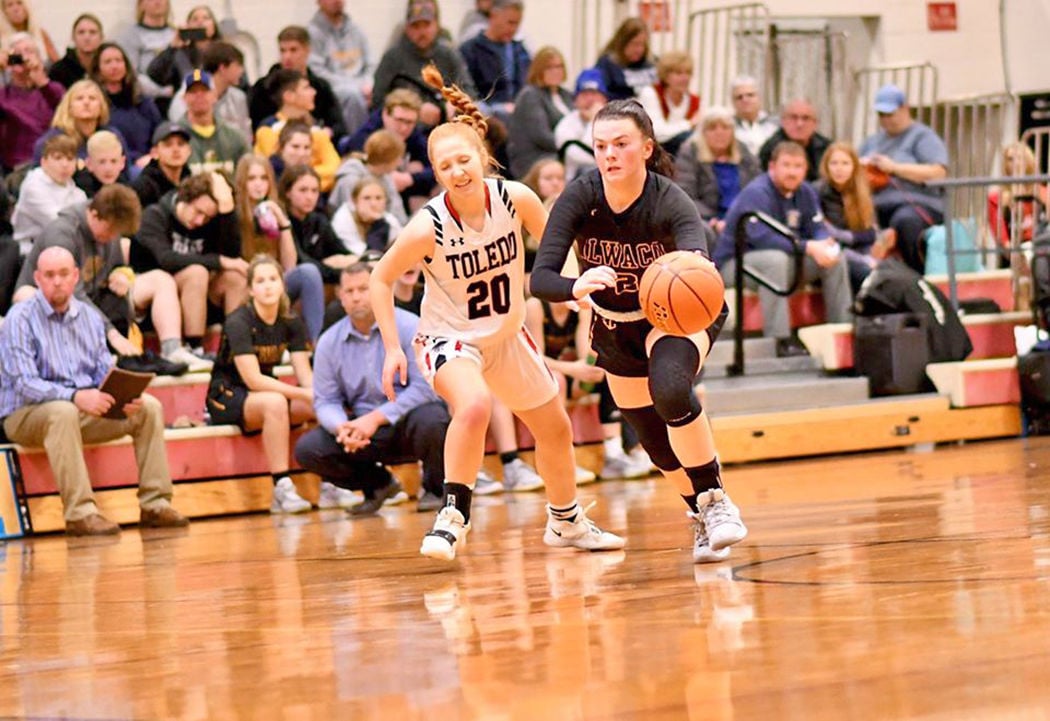 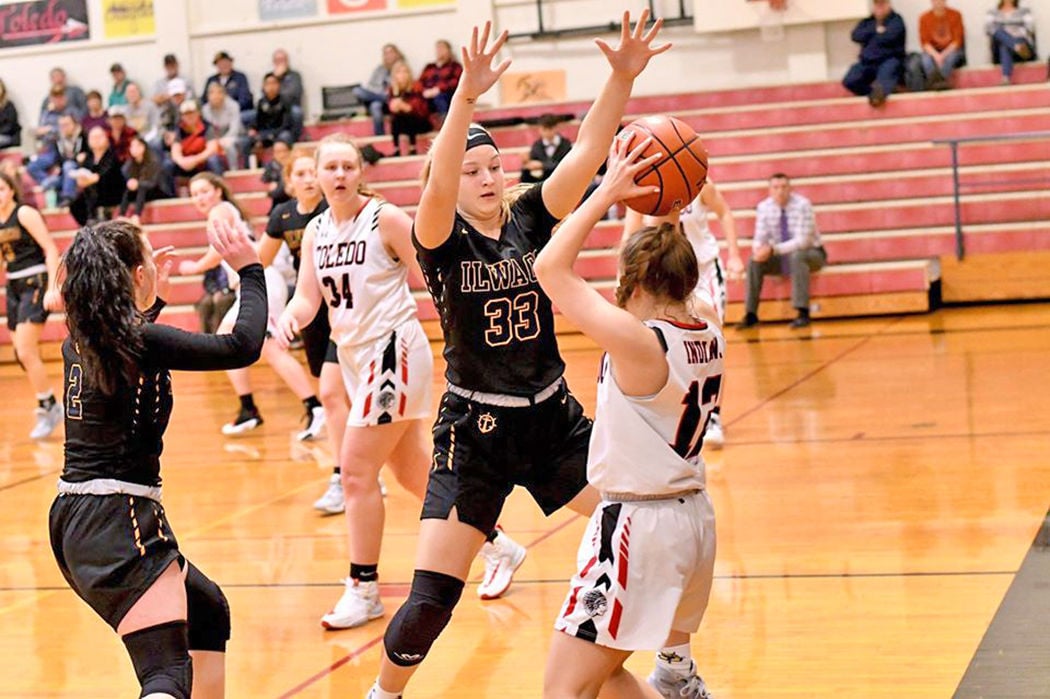 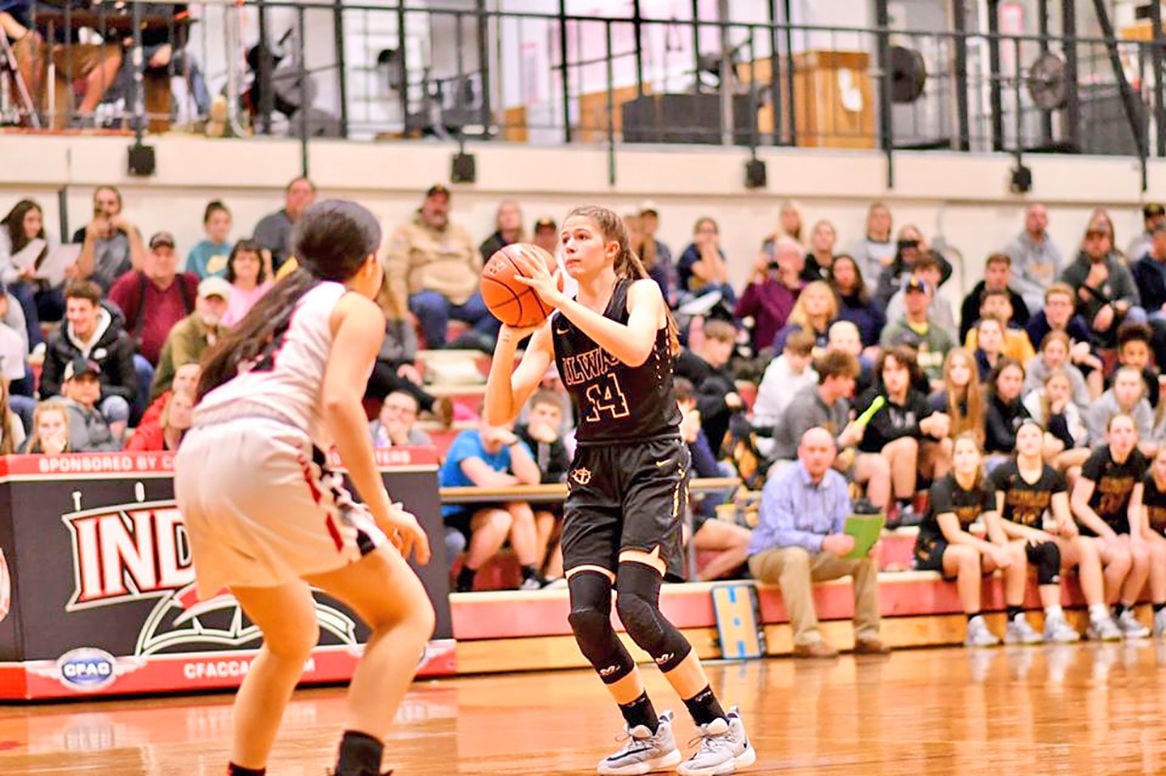 Estella Sheldon shoots from the baseline. She finished with a game-high 12 points against Toledo.

TOLEDO — The Lady Fishermen took their first loss of the season against Toledo 44-29 on Saturday, Dec. 28. Toledo improved to 7-1, their only loss coming against 2A Elma.

Toledo prioritized stopping Erika Glenn, who came in averaging 29 points per game but was limited to four on Saturday. Long-armed Kal Schaplow, the Indians’ star, started the game guarding Glenn. Schaplow’s teammates looked to help on Glenn and recover on everyone else. It worked, as Ilwaco’s perimeter offense stagnated, and Toledo’s big front-line stuffed several attempts near the basket by Ilwaco’s posts.

With Glenn’s long-range shot also not falling, the only thing the Lady Fishermen had going for them offensively was Estella Sheldon’s shot-making. Sheldon hit four tough shots, two of them threes, for ten first-half points, carrying Ilwaco to an 18-15 halftime lead. Sheldon was limited to two points after halftime, and as a team Ilwaco scored just 11 in the second half.

Ilwaco contained Schaplow, as Glenn and Sheldon took turns guarding her and denied her driving lanes. She made a few tough shots in the first half, scoring seven of her 11 points before halftime to keep Toledo in it.

But the Lady Indians got going with a well-rounded offensive performance in the second half. Ale Cadarso set the tone, scoring inside in the teeth of the Ilwaco zone to start the second half, and Toledo started making crafty plays in the press-break and in semi-transition.

“We beat them last year at Districts, but Toledo has basically the same team as last year, and we lost a couple of guards,” Ilwaco coach Ned Bittner said.

It was still only a two-point game after three quarters, as Kaytlenn Whelden buried a three off a drive-and-kick by Glenn to cut it to 27-25. But Toledo won the fourth quarter 18-4 to pull away.