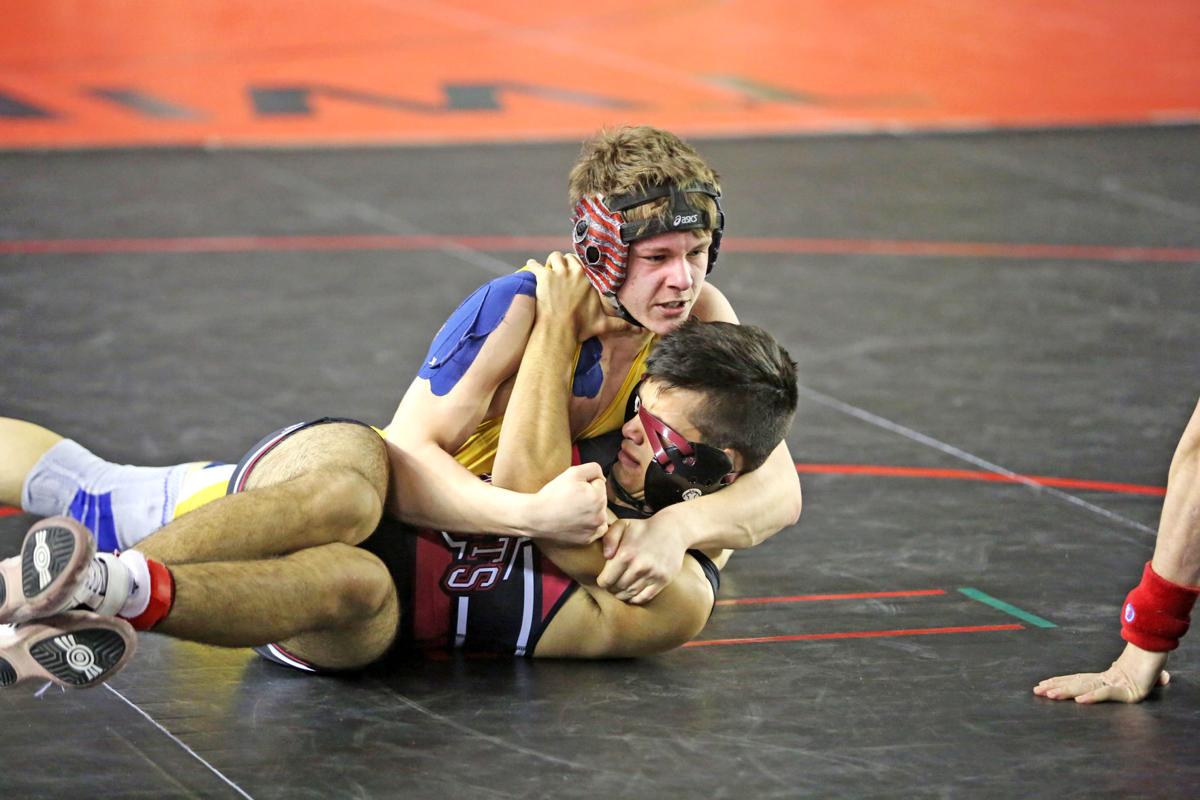 Aidan Auttelet tries to lock up his opponent’s arm and head. 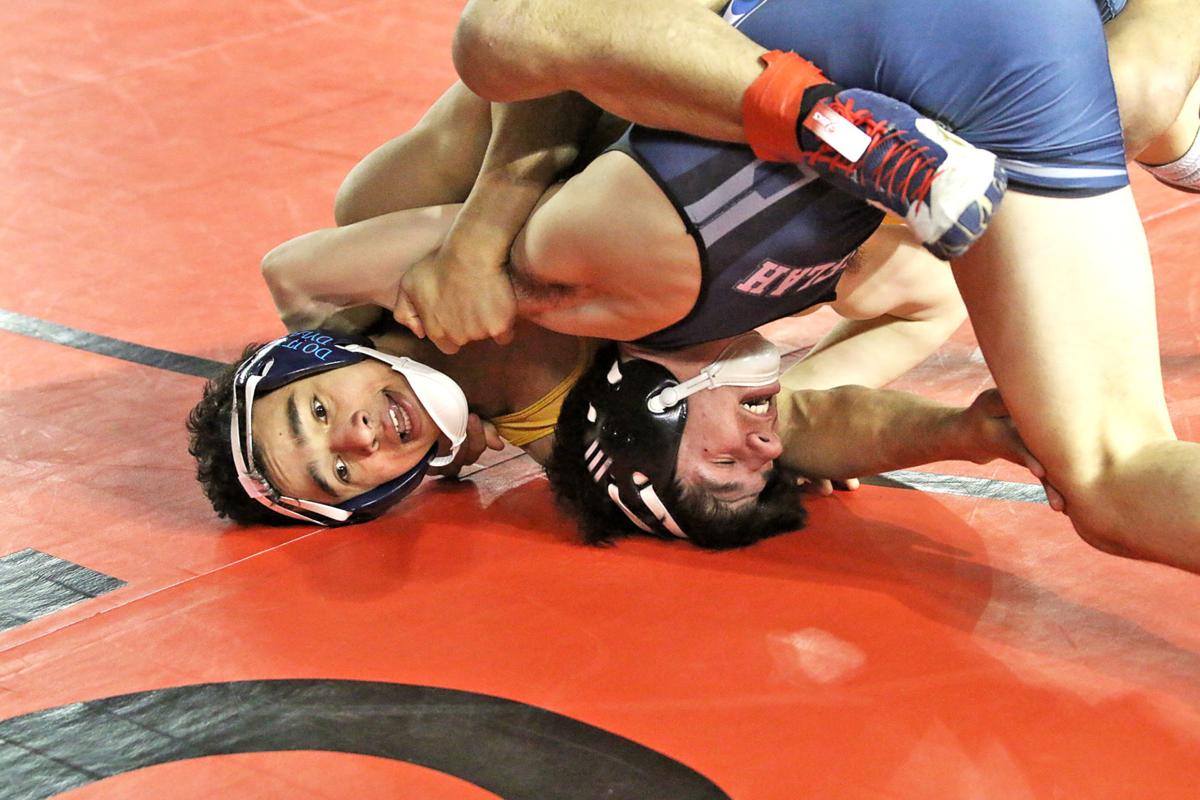 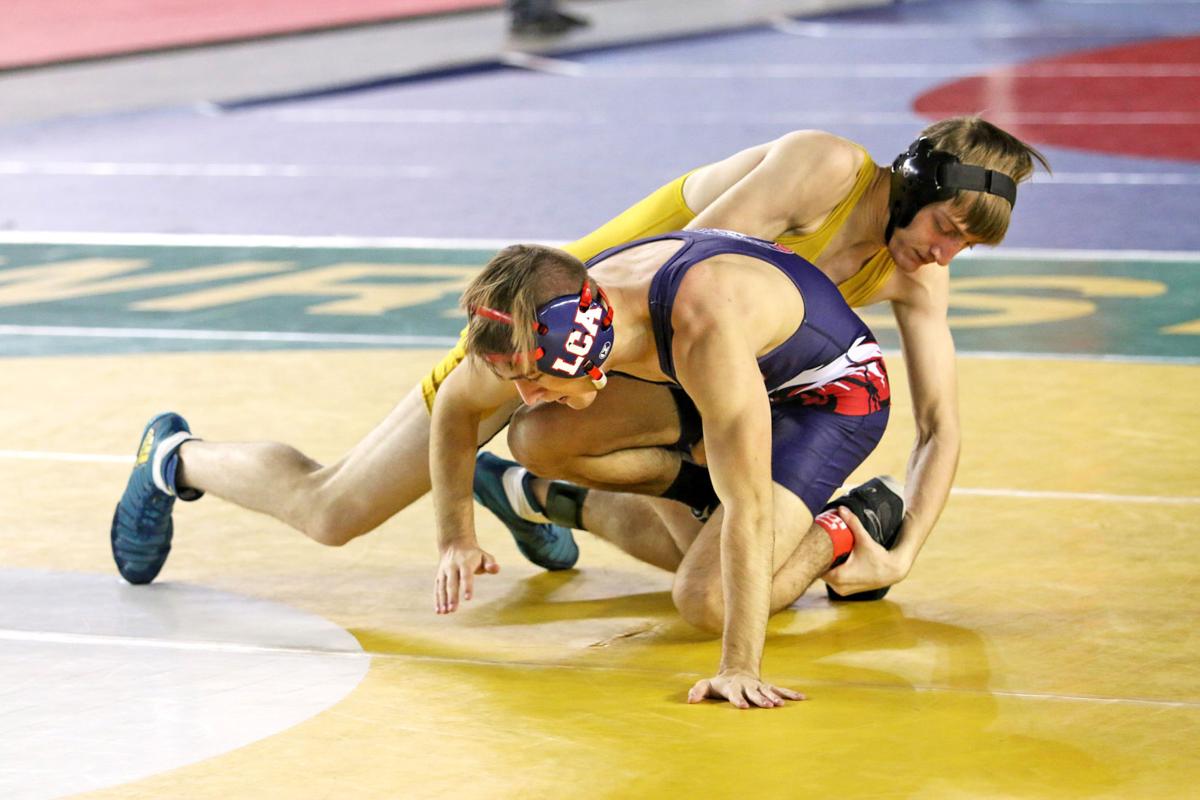 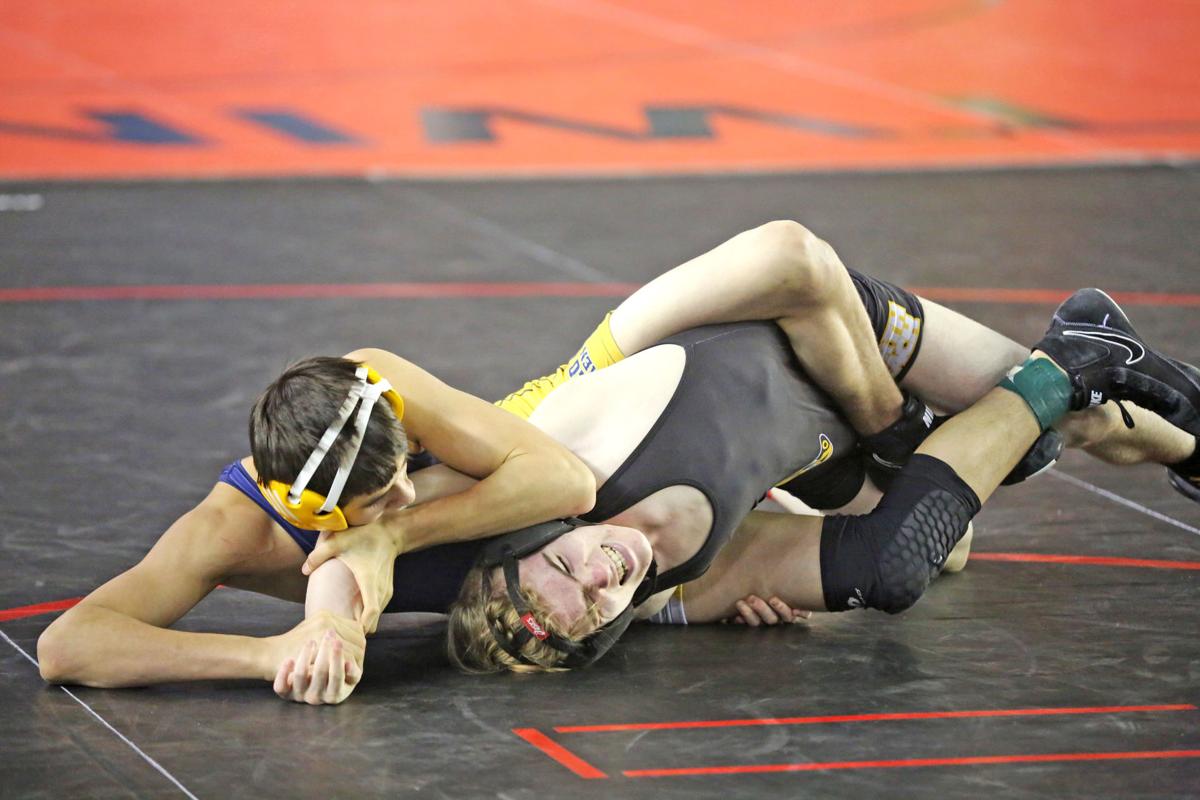 Tristan Walker locks his arms and legs around his opponent.

Aidan Auttelet tries to lock up his opponent’s arm and head.

Tristan Walker locks his arms and legs around his opponent.

After quickly winning his first match, Rodda went a full three rounds against eventual State 285-pound champ Charlie Harrington of Liberty-Spangle, who went 33-3 on the year. Harrington was riding Rodda with a 5-1 lead in the second round and tried a move, reaching for Rodda’s leg. As he did so, Rodda slipped away for an escape. Rodda eluded Harrington’s remaining efforts at a pin but lost 5-3.

In consolation semifinals Rodda beat Levi Wood of Raymond 5-3. He took Woods down by the leg late in round one, then leaned his head into Woods for a reversal late in round two for a 5-2 lead. Trailing 5-3 in the closing seconds, Wood tripped Rodda but could not score the takedown as time expired.

In Kemmer’s first match, a matchup of 145-pound weight class District champions, he brought down Clay Jeanneret (Chewelah) five seconds into the match, taking an instantaneous shot at Jeanneret’s leg and quickly countering Jeanneret’s defensive maneuver. Kemmer led 6-1 after a dominant first round. Leading 8-3 in round two, Kemmer went for an aggressive move, trying to pin Jeanneret on top of him while on his back, but the move backfired as Jeanneret gained control and held Kemmer down briefly for a pin.

That forced Kemmer onto the consolation bracket, where he beat Kalama’s Blake Vandenberg 19-4, lost to third-place finisher Alex Plasencia (Davenport) in 44 seconds, and beat Trey Rego (Toledo) for fifth.

Lake trailed Rodriguez 4-2 late in the second round but got Rodriguez’s leg to seize just enough control for a reversal in the final second, tying it at four going into round three.

Rodriguez controlled that round for over a minute, but Lake turned it around, getting up and then tripping Rodriguez to build a 10-6 lead with just seven seconds left. Lake hung on for the win despite a late reversal by Rodriguez, getting a fifth-place finish to boost Ilwaco’s team point total.