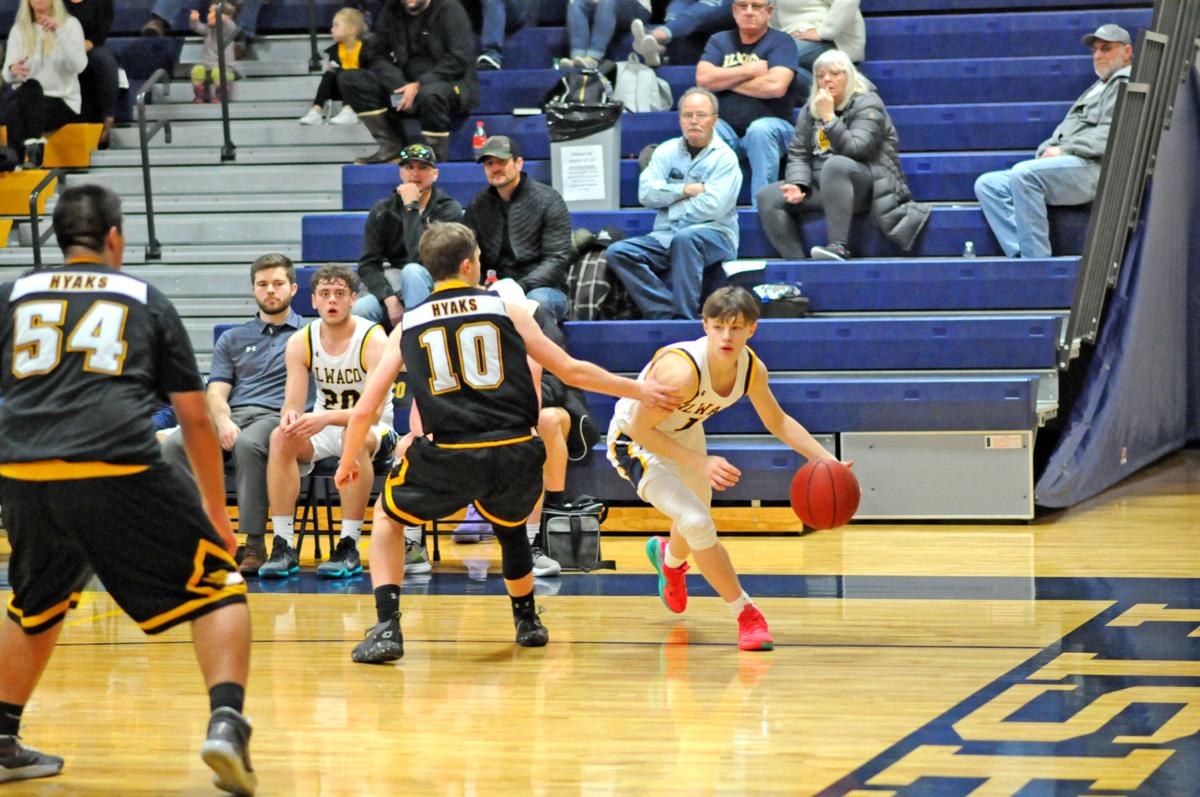 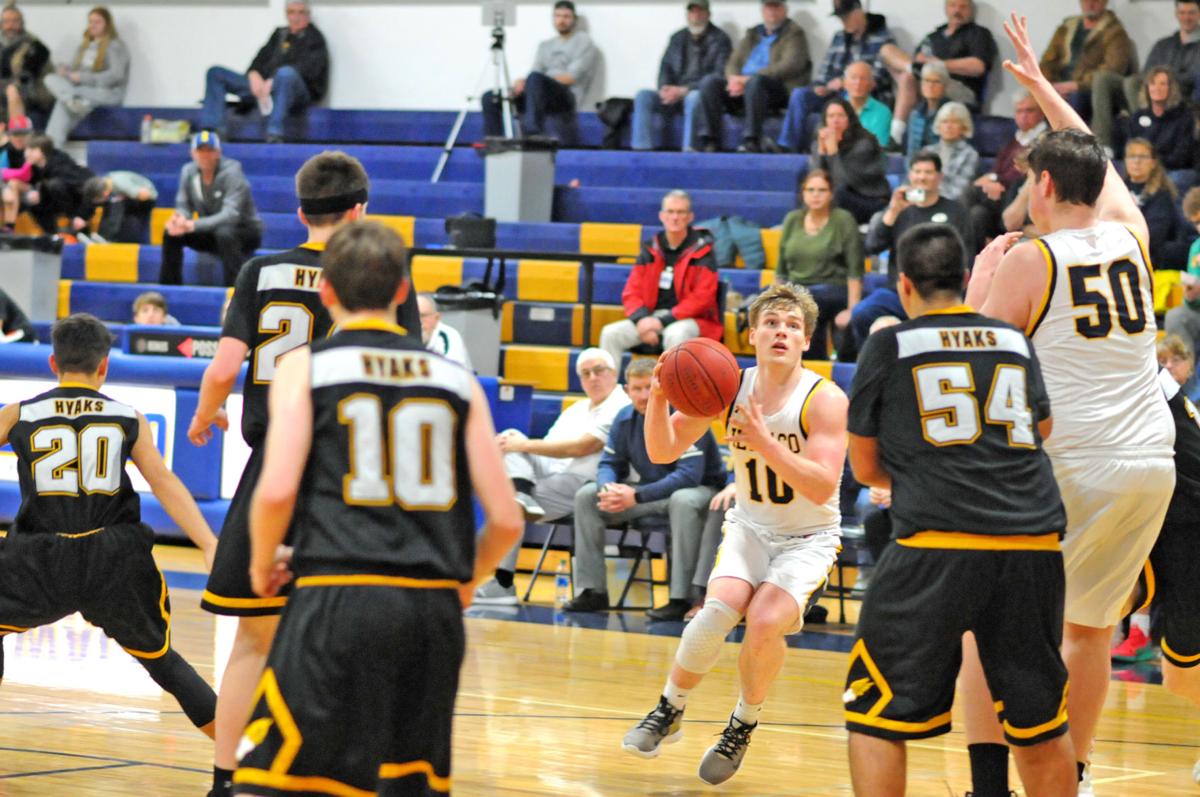 Calvin Baze handles the ball as Joe Nisbett (right) calls for it. 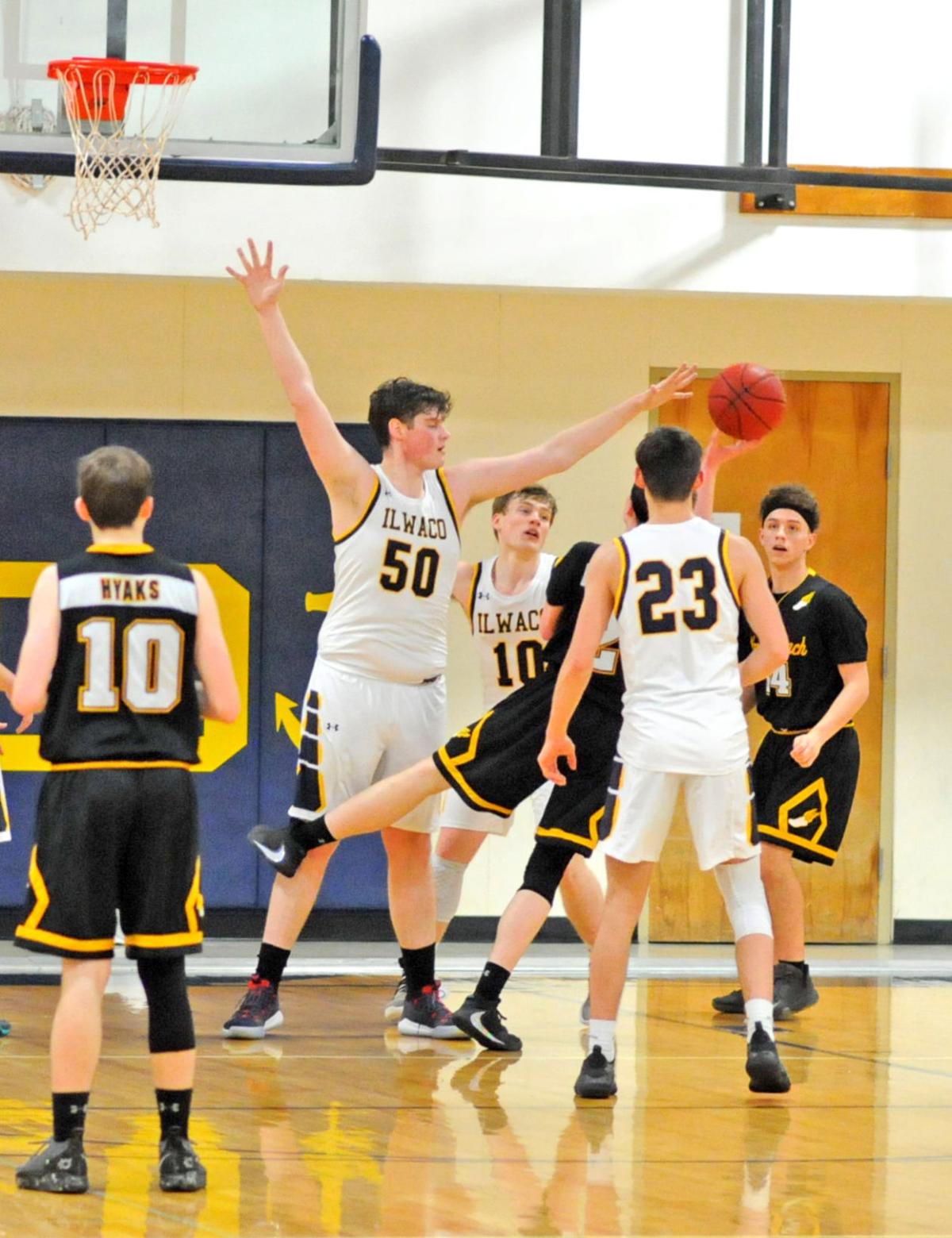 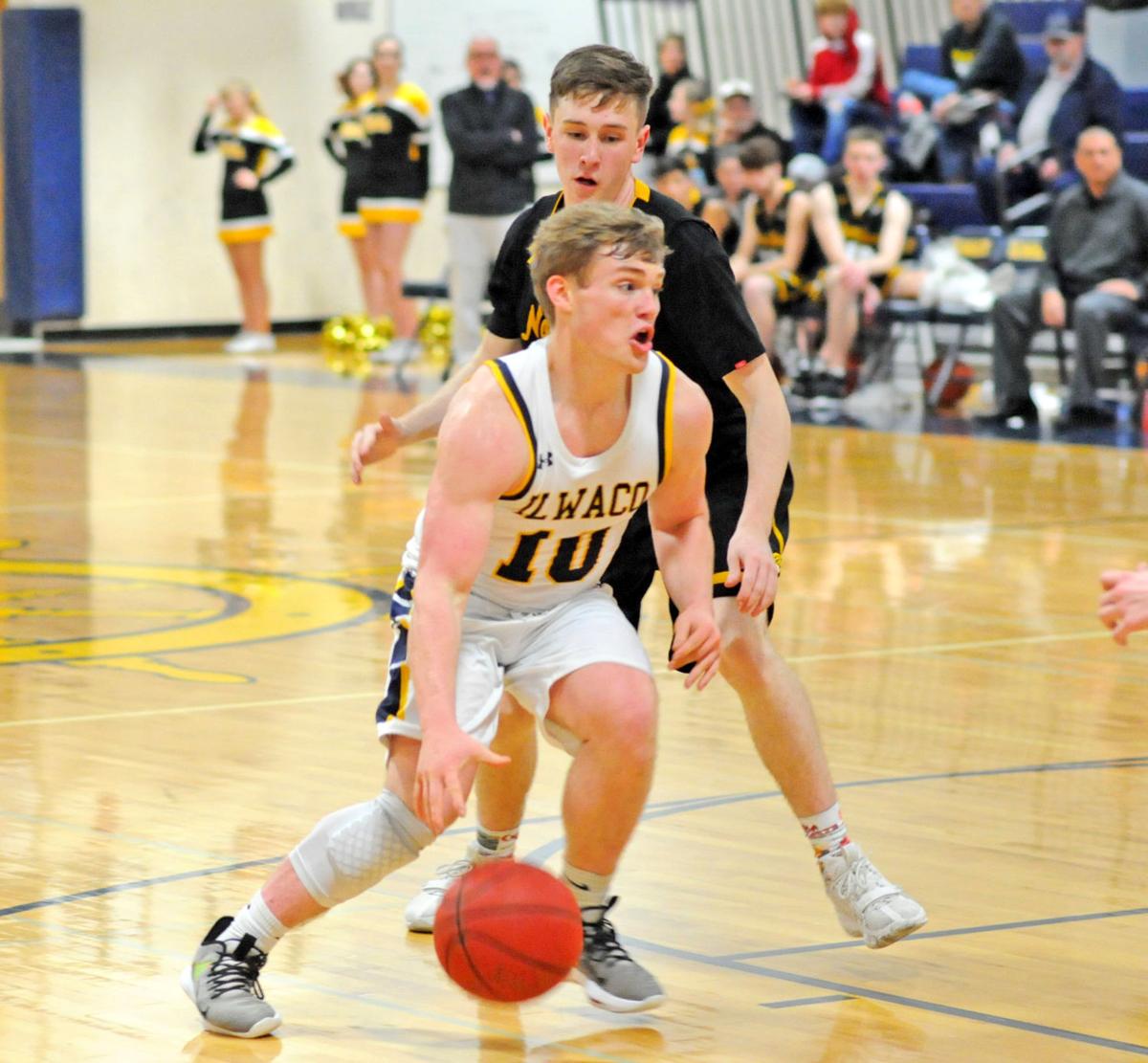 Calvin Baze dribbles toward the lane against North Beach. 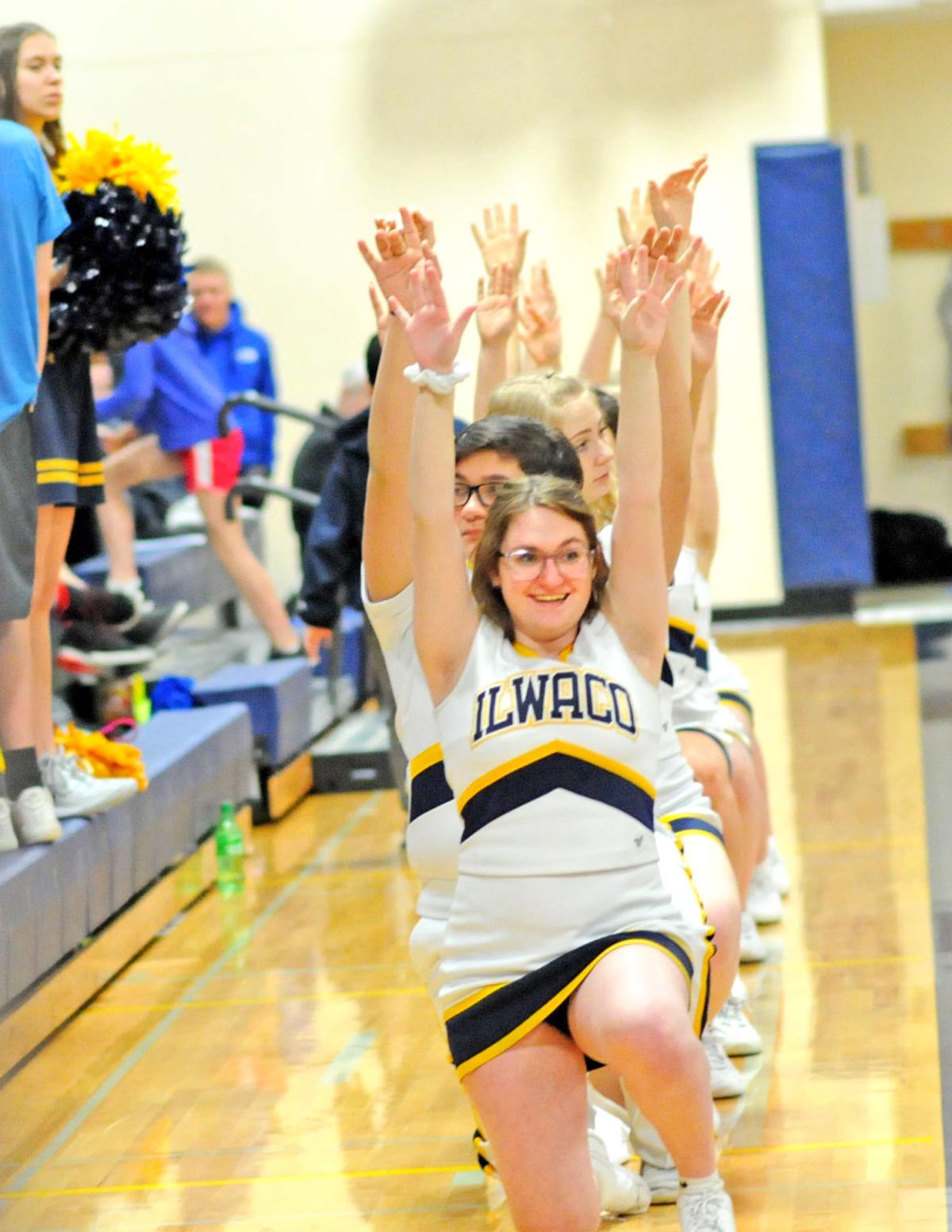 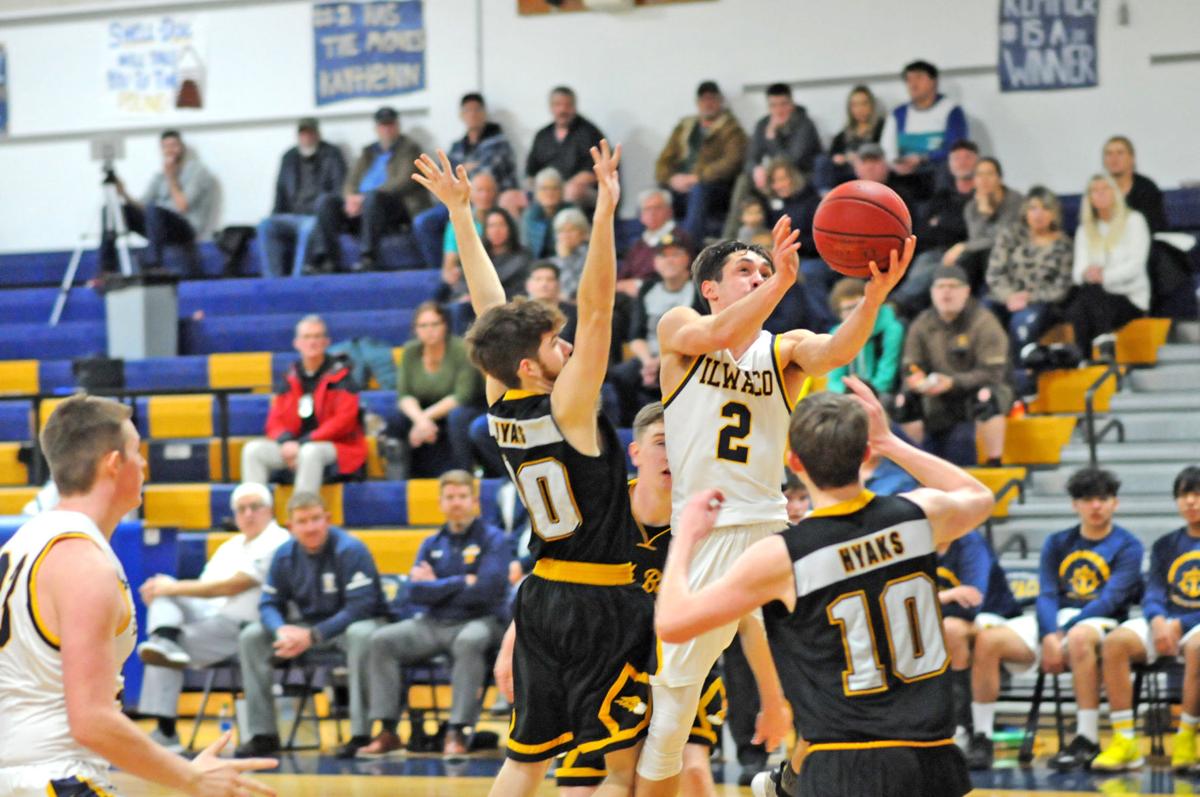 Daniel Whiting soars toward the basket against North Beach.

Calvin Baze handles the ball as Joe Nisbett (right) calls for it.

Calvin Baze dribbles toward the lane against North Beach.

Daniel Whiting soars toward the basket against North Beach.

On a two-on-one break in the early minutes, Kaech found Daniel Whiting with a slick pass, creating an easy basket. Kaech tried the same pass on the break the next possession, but the timing was slightly off. But Whiting saved it in-bounds to Kaech and, though the defense had scrambled back, he went around four defenders and got a three-point play for a 10-2 lead 3:45 into the game. Late in the half, Kaech again created in semi-transition. Just as the North Beach zone was getting into place, he dribbled by three defenders in the middle for a layup and a 31-16 lead.

Whiting, who started the game by hitting an open three-pointer, had seven of Ilwaco’s first 12 points. He added a three-point play on a driving layup with 2:01 in the third quarter, stretching the lead to 45-16. Whiting and Kaech had a combined 23 points at that point, outscoring the Hyaks (4-13 overall, 4-11 in league play) by themselves.

Bubba Douglas had a big second half for Ilwaco (12-5, 10-5). He had a steal and outlet pass to Kaech for a score, later adding another steal and taking it himself for a layup. Douglas’s three-pointer with 5:30 left made it 54-21.

Kaech finished with 16 points, Whiting had 14, and Nisbett and Jaden Turner each scored 10.

RAYMOND — Ilwaco led 24-4 after a quarter and 47-18 at halftime, then cruised to a 73-52 win over Raymond Saturday, Feb. 1. Joe Nisbett and Daniel Whiting led the Fishermen with 16 points apiece.

Ilwaco improved to 11-5 in Pacific League play and 13-5 overall. Raymond fell to 5-11 and 5-13. After a Feb. 4 home game against Willapa Valley, Ilwaco will close out the regular season at Ocosta Thursday, Feb. 6.