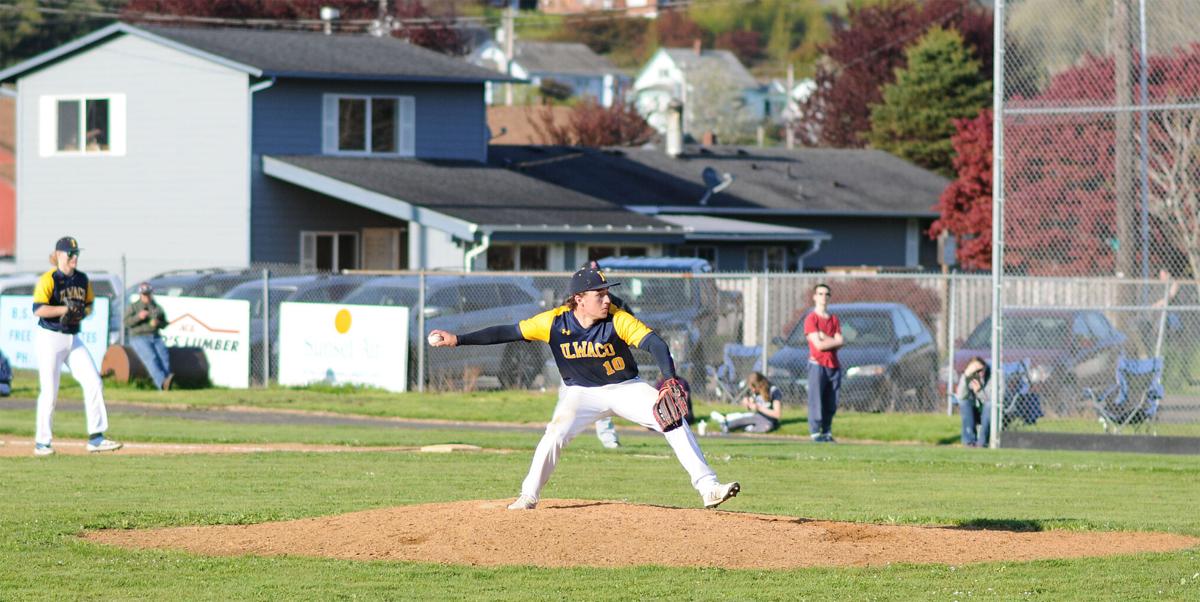 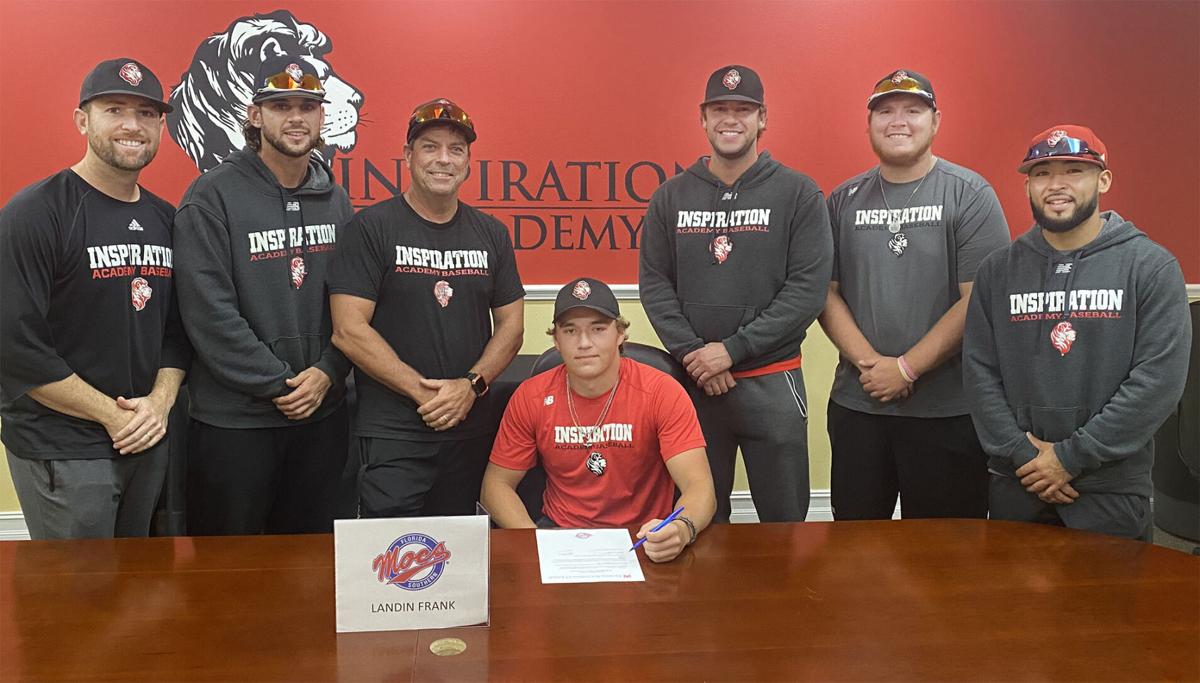 Ilwaco High School’s Landin Frank has signed to play baseball at the university level. He is pictured with his coaches at Florida Southern.

Ilwaco High School’s Landin Frank has signed to play baseball at the university level. He is pictured with his coaches at Florida Southern.

Frank, whose freshman season with Division-III Crown College was halted by the pandemic, played in the Florida Gulf Coast Summer League in June and July.

Frank’s vicious curveball helped make Ilwaco competitive in the 2B Pacific League the last couple of years of his high school career. He teamed with Trenton Cox to give the team a pair of ace pitchers for their schedule of league double-headers. But getting from a small school in an obscure baseball league to the hyper-competitive world of Florida baseball took a circuitous route.

“It’s a grind, and sometimes you lose sight of what you’re trying to do,” Frank said. “You work so hard, and you don’t get to test the results on the field until much later.”

Right after high school, Frank worked to take his skills to a higher level, getting personal tutoring at the Lumberyard in Vancouver from former college player Gregg Coulter. He posted video to Next College Student Athlete. That got him an offer from Division III Crown College in Minnesota, where he attended during the 2019-20 school year.

During 2019 Christmas break, back at his old stomping grounds, he worked out at the Kaino gymnasium and posted more video for summer leagues. He thought his swing was continuing to improve, and summer league recruiters apparently agreed. In January this year, before his college baseball season even started, he accepted an offer from the Bradenton Giants at Inspiration Academy of the Florida Gulf Coast Summer League, whose ranks include major league prospects.

Local coaches step upAs a freshman with the Crown College Storm, Frank was relegated to the bench before the season was shut down after just seven games in March, but he was named Academic All-Conference. He returned home when the campus shut down, completing the semester online and working with his old high school coaches, Bret Hopkins and Chris Patana to prepare for the Gulf Coast League.

“Every time I’m home I work with Bret, his son Nate, and Chris Patana,” Frank said. “They’ve been a big support for me. They do everything — hit ground balls, bring some catchers on the team so I can pitch. And I work with the players, too, teaching them what I’ve learned.”

To help him get the most out of the workouts, Hopkins will stand close to the plate. “I’m still throwing my 55 or 60 mile an hour fastball, but from 35 or 40 feet,” he said. “You do whatever you can in practice to disrupt timing; with a kid just starting out you don’t want to do that, but with someone at Landin’s level you have to make practice harder than a game.”

Because Frank did not see the field during Crown’s season, which was cancelled after just seven games, his summer games in Florida were his first since high school. He appeared in 13 games there, some as a pitcher and some as position player.

Starting with the JVs

Looking to advance beyond D-3, Frank decided to take a gap year from college. Inspiration Academy invited him back for their Florida Gulf Coast Post Graduate League season. He accepted the invitation, which puts him against college-level competition during this gap year. FGCL coaches’ connections got him in the door at Florida Southern. Neither the gap year nor the abbreviated 2020 season count against his eligibility, so he will have four years ahead of him when he starts with Florida Southern in 2021-22. He says he expects to start out on the junior varsity team.

Frank was recruited as a position player by Crown but expects to primarily be a pitcher from now on. He mixes his curve with a fastball in the upper 70s.

“His curve is still by far his best pitch,” Hopkins said. “He’s got that four-seam fastball, and now he’s working on a two-seamer to go with it.”

“Florida baseball is totally different from anything I’ve seen before,” Frank said. “There’s talent oozing out of every single town.”