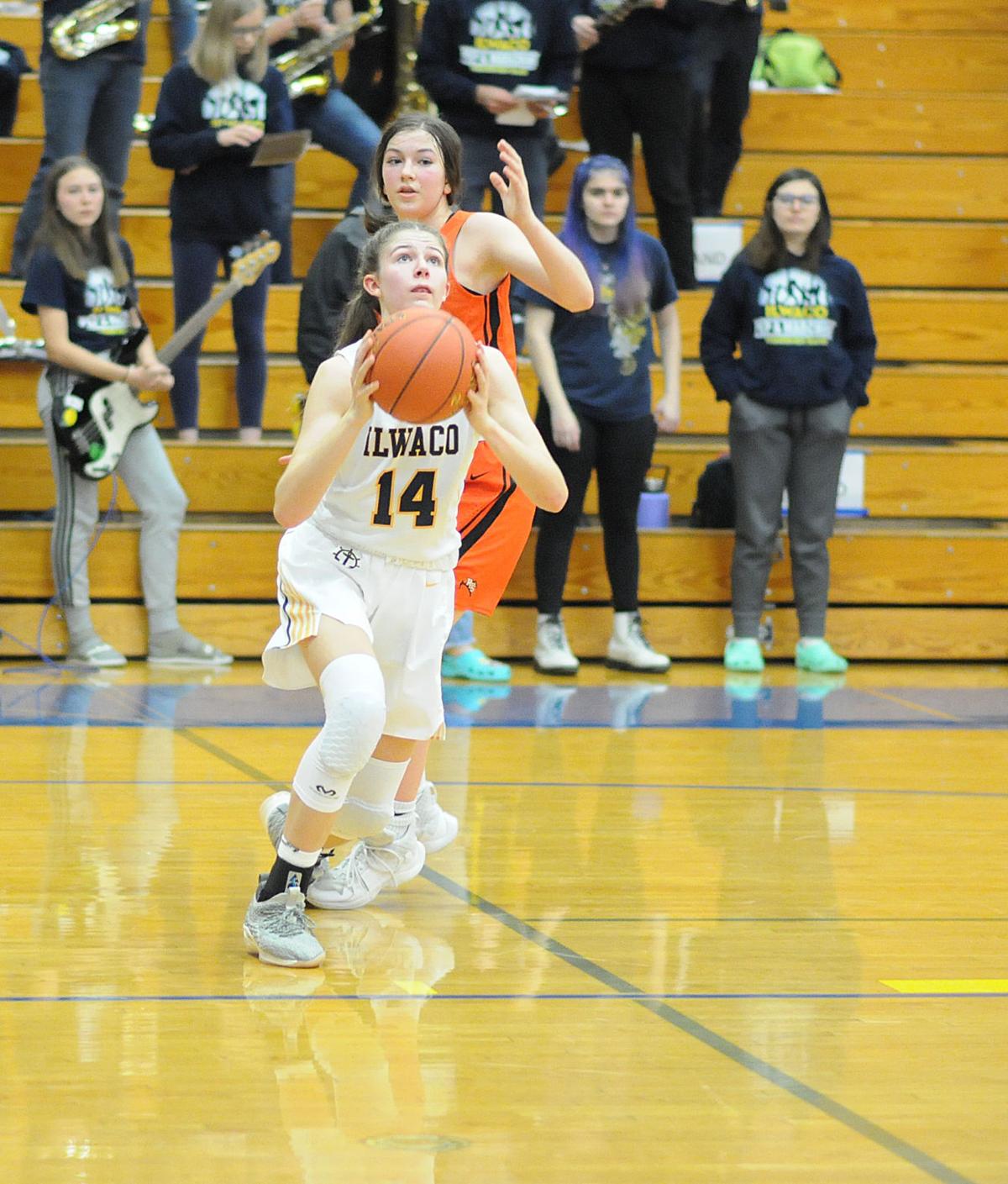 Estella Sheldon pulls up on the baseline. 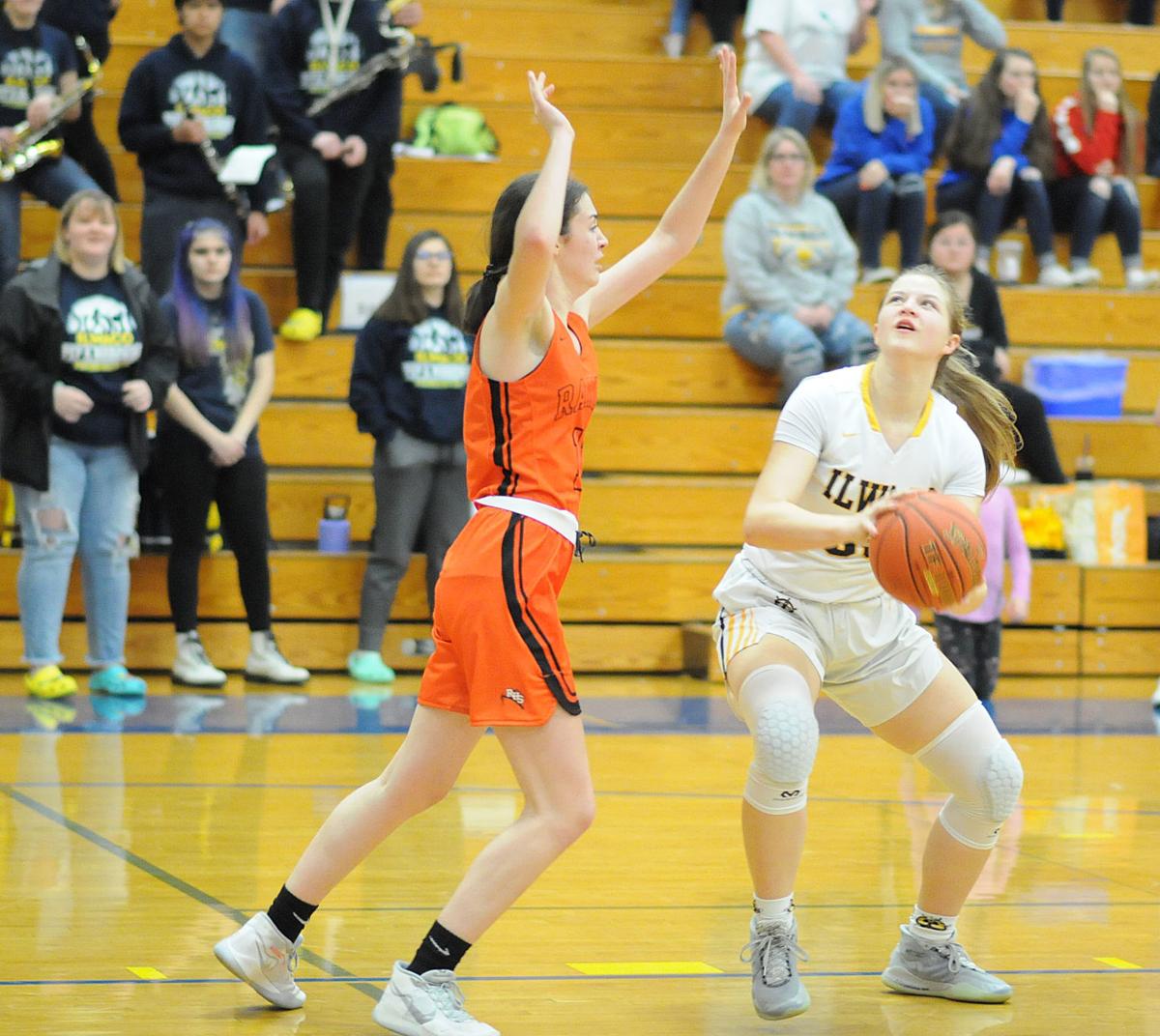 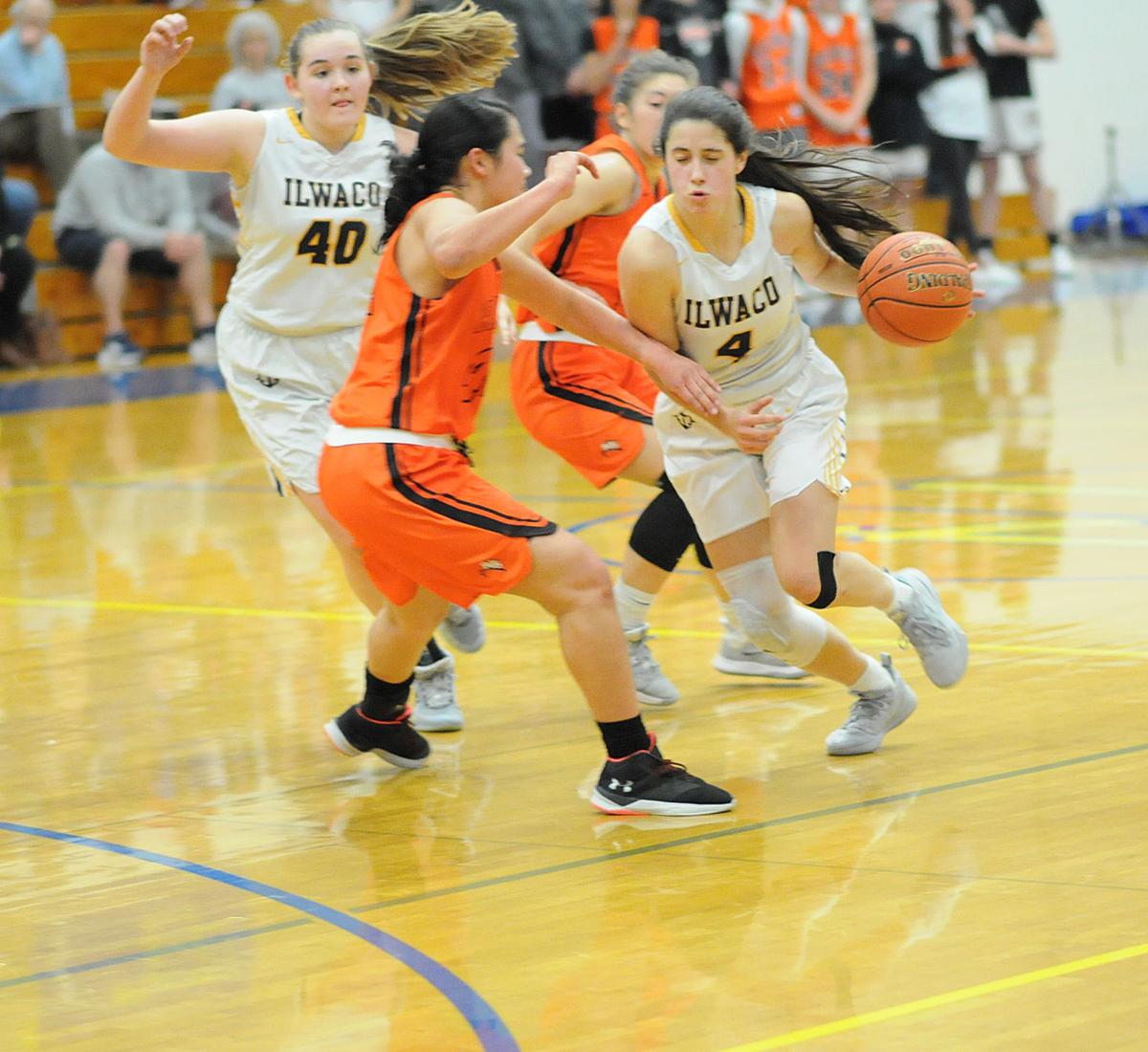 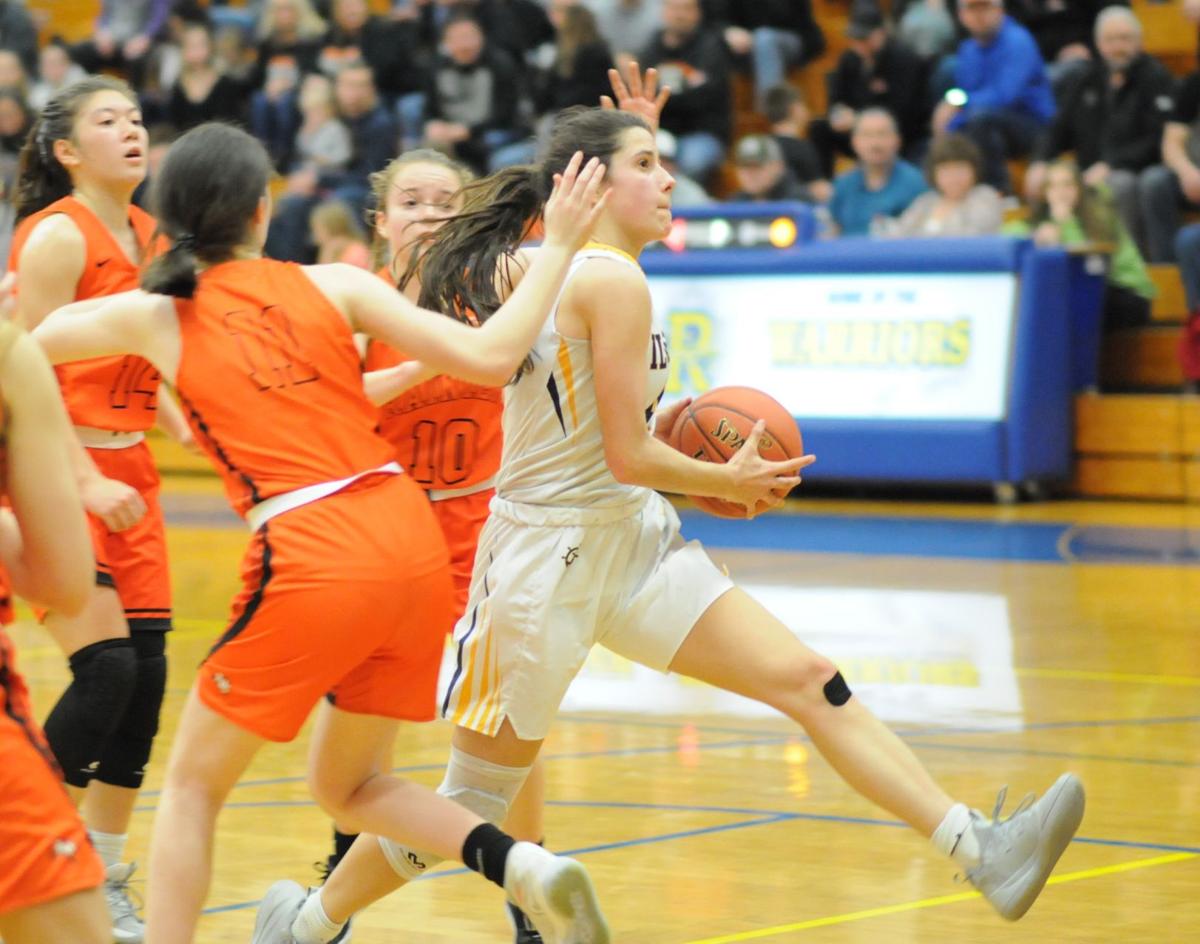 Erika Glenn strides toward the basket.

Estella Sheldon pulls up on the baseline.

Erika Glenn strides toward the basket.

ROCHESTER — Estella Sheldon hit seven three-pointers, helping Ilwco keep its season alive with a 55-37 victory over Rainier in the fifth-place game at districts on Saturday, Feb. 22. The win guarantees Ilwaco a trip to State for the fourth straight season, giving the Lady Fishermen the fifth and final ticket out of the District IV tournament.

Ilwaco trailed 6-3 early, but in the last 5:05 of the first quarter, Sheldon had three three-pointers and a lob assist to Erika Glenn. Sheldon was also making plays on defense, forcing a jump ball that led to a shot-clock violation and another that gave Ilwaco possession. Sheldon then added her fourth three-pointer for a 21-11 early second-quarter lead. On the next possession, with the defense shading toward her, Sheldon found Glenn with another lob to stretch it to 23-11 with 5:38 in the half.

“Any time (Sheldon) was open, we found her, and she was making everything,” guard Kaytlenn Whelden said.

Glenn came up big late in the half. She got a three-point play off an offensive rebound and post move. Glenn dribbled side-to-side to create space for a three-pointer that made it 31-16.

Sheldon hit her fifth three shortly before halftime, but Faith Boesch beat the buzzer with a three of her own to cut it back to 34-19 at the half.

Rainier, which went 8-2 in the Central League this year, has several players who can create their own offense, led by 5’10” Kaeley Schultz, who often posted up Glenn and finished with 17 points. Rainier also showed outlet passing ability that makes them a dangerous fast-break team.

“Anytime someone sprints back, they will throw it right to them,” Whelden said.

But Ilwaco limited Schultz’s teammates and forced seven first-half traveling violations. While Schultz’s 17 points came close to matching Glenn’s 25, the Mountaineers had no one else in double-figures to answer what Sheldon was doing.

Schultz’s turn-around jumper cut the Ilwaco lead to 44-34 with under five minutes to play, but Ilwaco put the game away. On the next possession, Glenn went over the top of Schultz to rip away an offensive rebound, made a foray toward the lane, and kicked out to an open Sheldon for yet another three. Glenn pushed the lead to 14 with a bucket on a sideline-inbounds play set up with just five on the shot clock. Sheldon’s seventh and final three-pointer made it 52-37 with just 2:41 remaining.

Ilwaco’s season resume gives the team a fifth-place RPI among the state’s 2B teams. Reaching regionals with a top-eight RPI means Ilwaco is guaranteed a trip to state. At their regional game, they will get a third try at beating No. 4 seed Toledo. The game will be at Mark Morris High School in Longview on Saturday, Feb. 29. A first-round bye at state will be on the line.