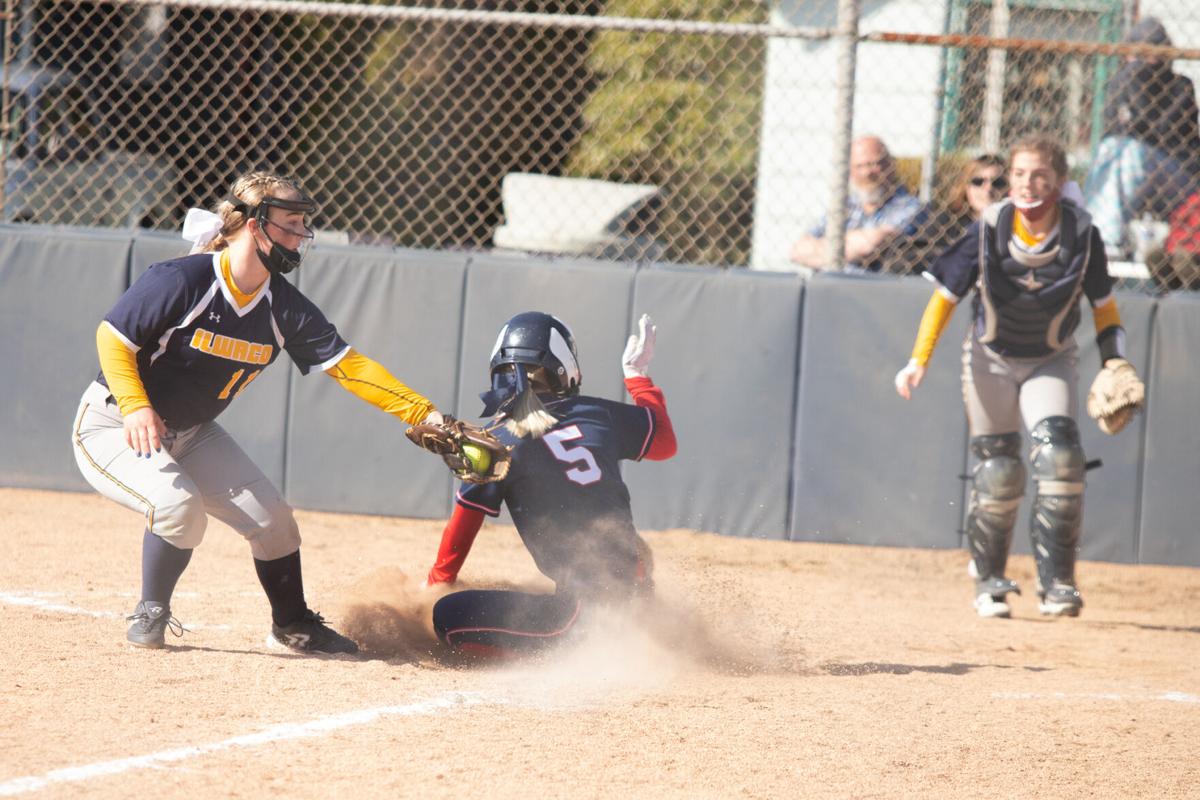 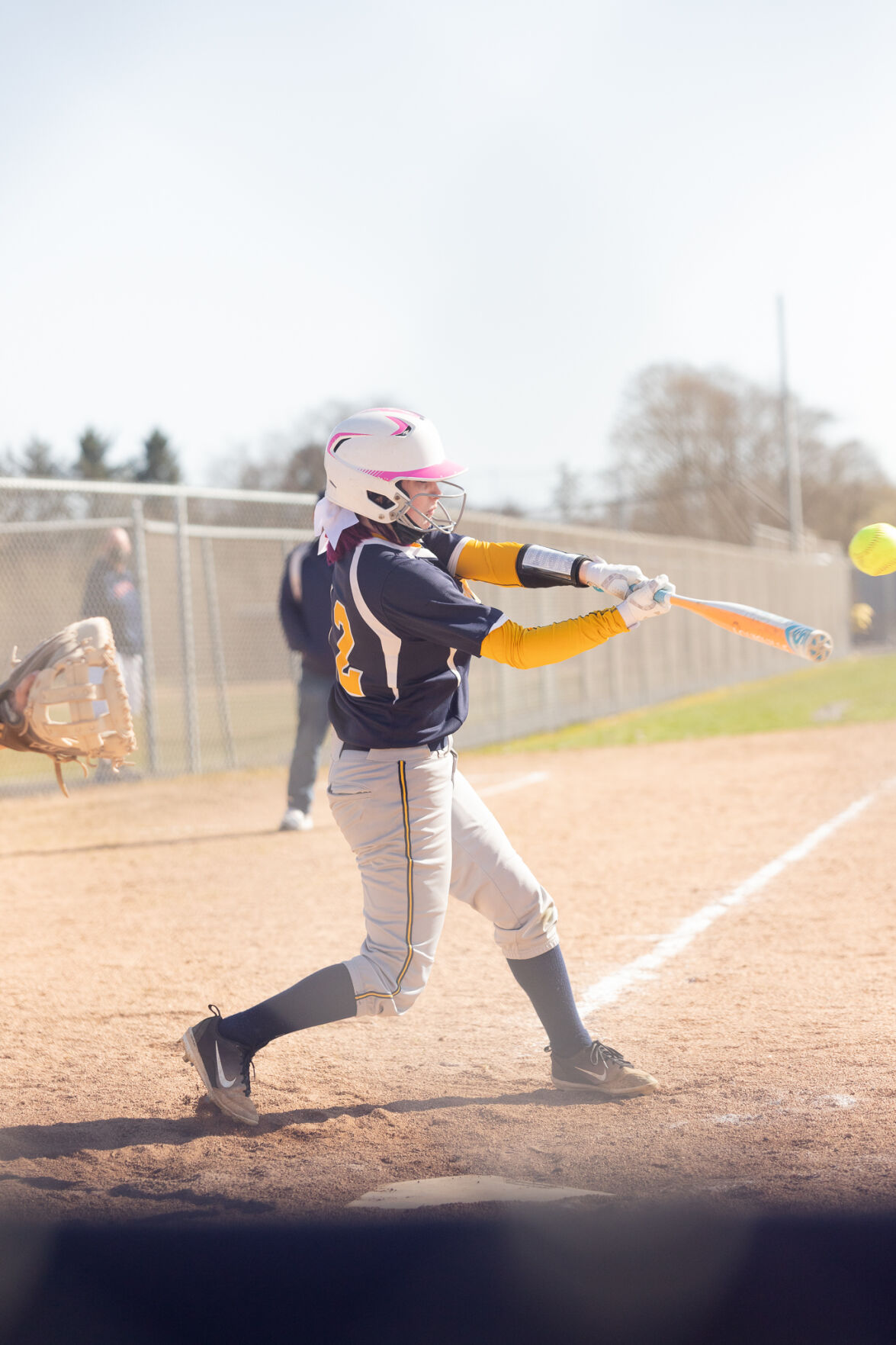 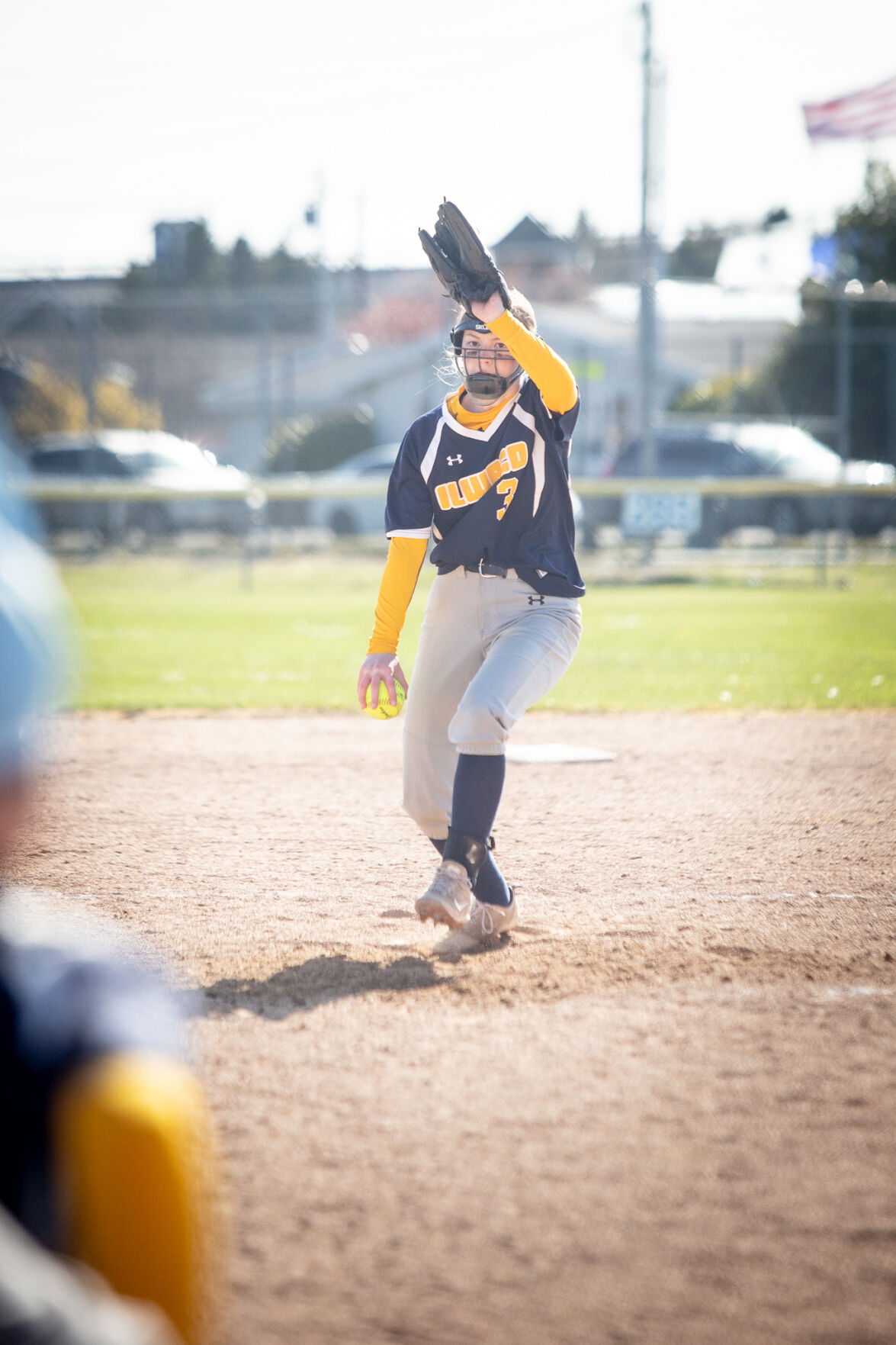 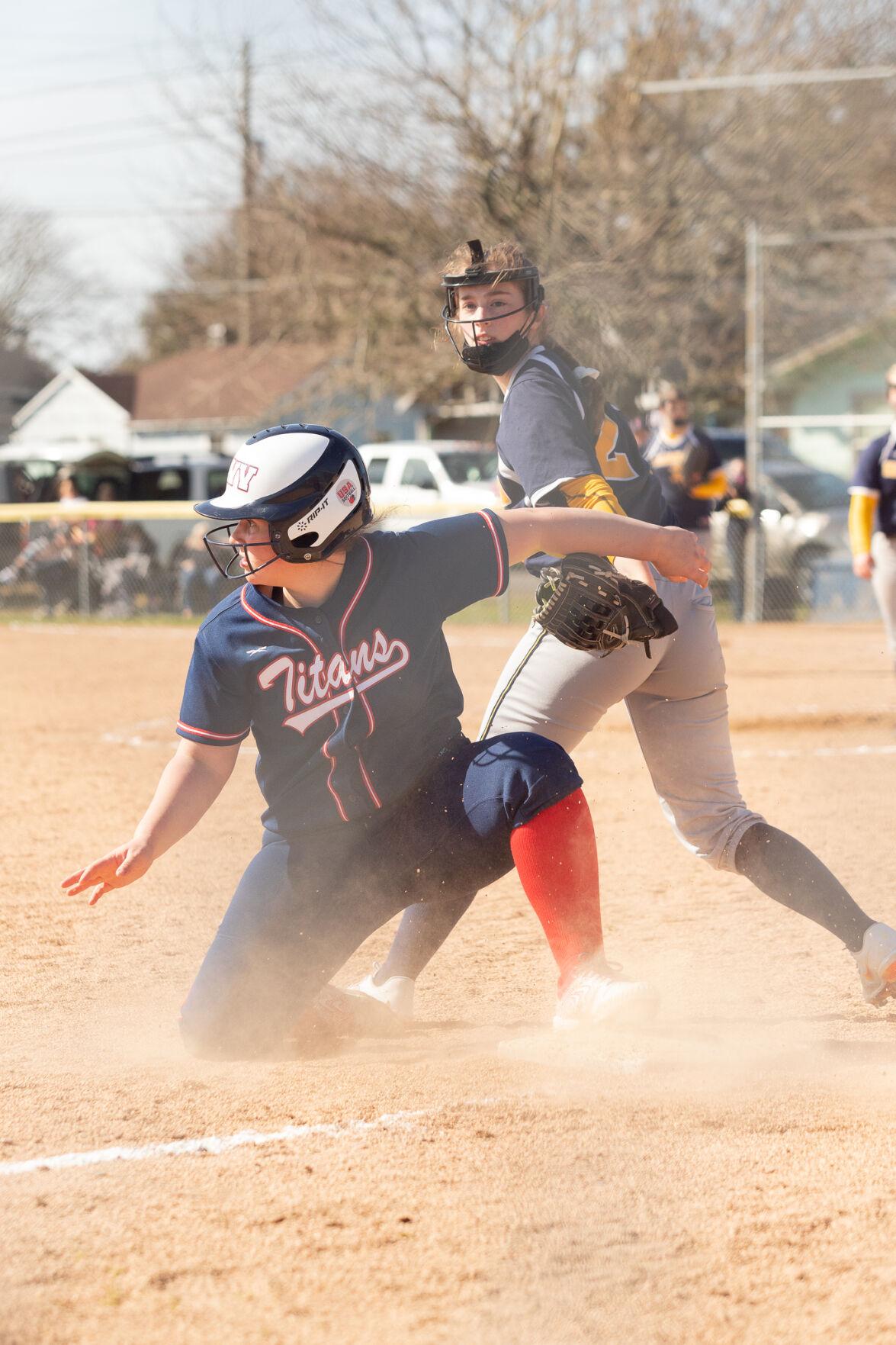 Lady Fisherman third basemen Hannah Hines tags out a Titan runner who attempted to steal third during a game against Pe Ell/Willapa Valley.

Lady Fisherman third basemen Hannah Hines tags out a Titan runner who attempted to steal third during a game against Pe Ell/Willapa Valley.

LONG BEACH — The Lady Fishermen (4-6) softball team dropped both games in a doubleheader against a powerful Pe Ell/Willapa Valley (7-0) team 21-3 and 16-1 respectively on Tuesday, April 6 in Long Beach.

In the first game, both teams traded runs in the opening frame with the Titans emerging with a 4-2 lead. A potent Titan lineup added three more runs in the second, swelling the score to 7-2 . Each team added one more run (8-3) until the Titans exploded for 13 runs in the fifth inning to cruise to a 21-3 victory.

In the second game of the doubleheader, the score again remained close until one explosive inning.

The Titans jumped out to a 2-0 lead in the of the first and added one more in the second, taking a slim 3-1 lead into the third inning. And that’s when the Titans went crazy. Willapa Valley/Pe-Ell sent 10 across the plate to again bust the game wide open in one inning before coasting to a 16-1 win.