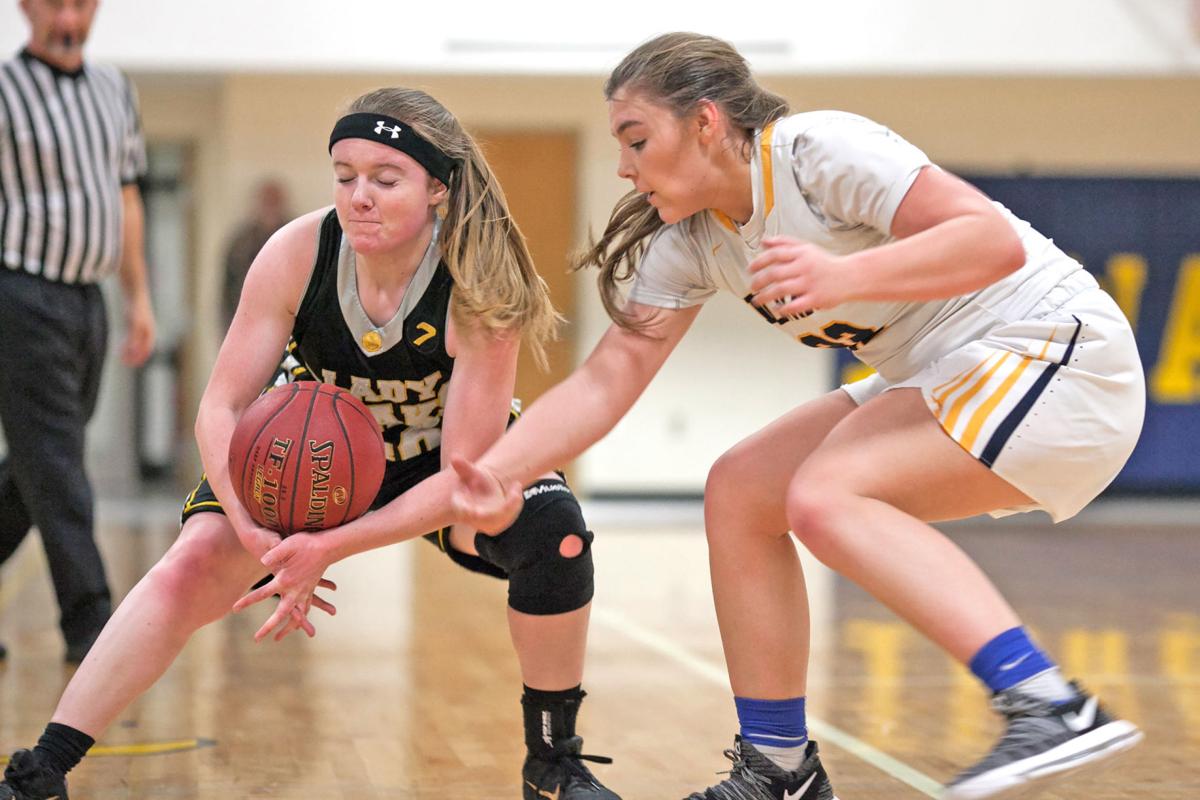 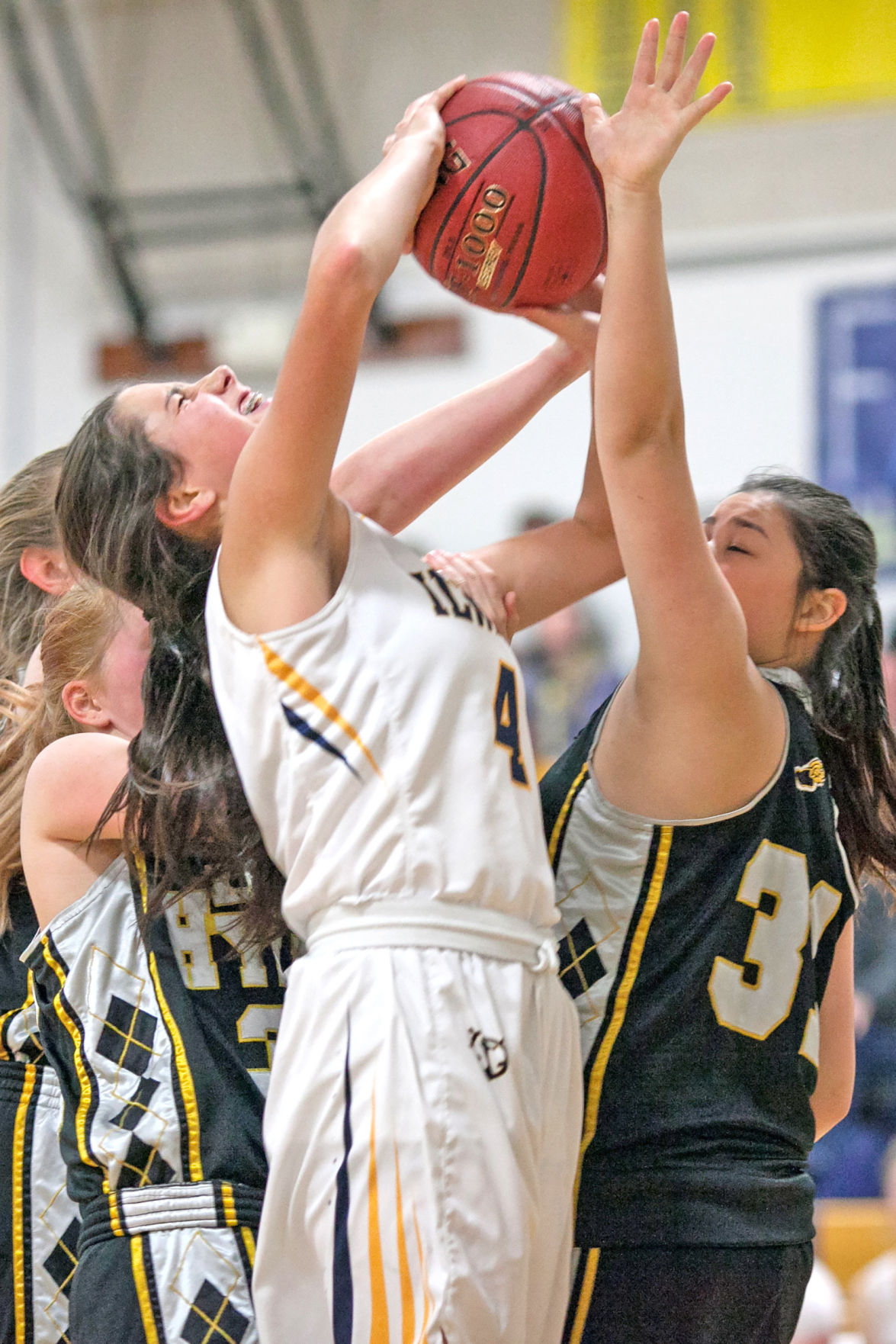 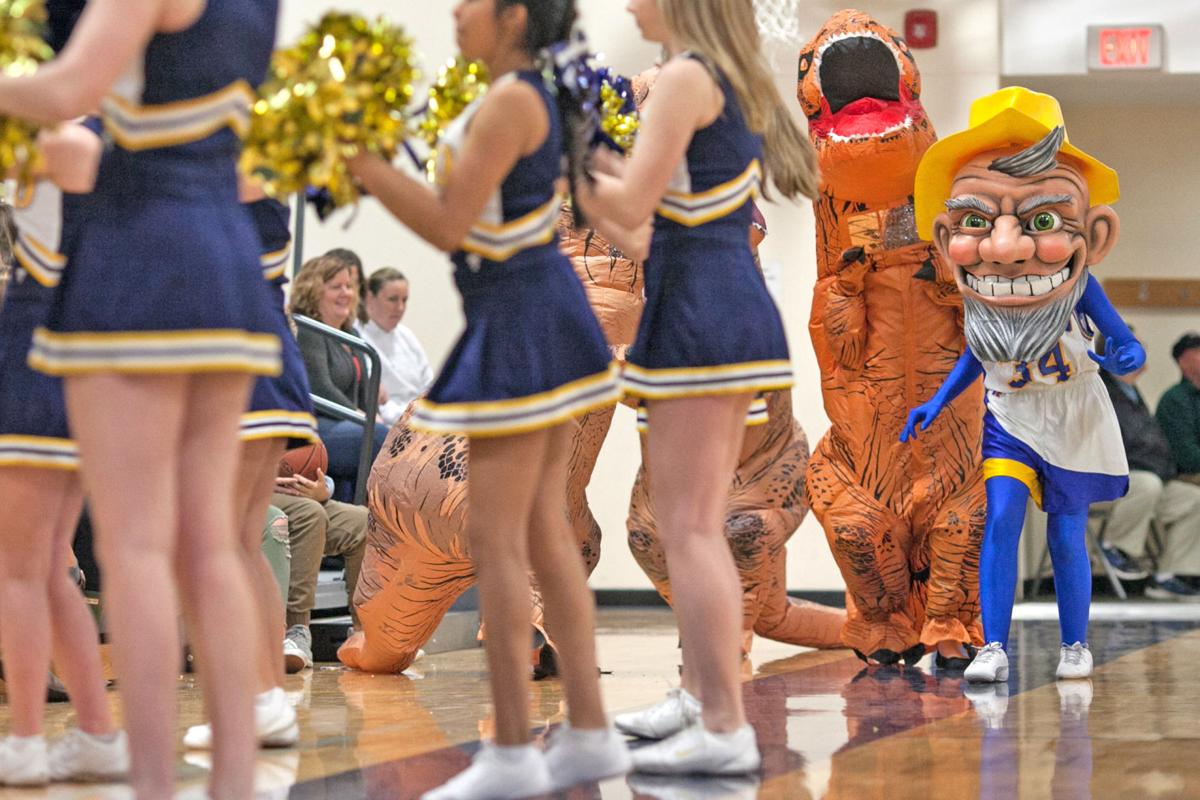 As the IHS pep band played the song “Godzilla,” during a break in the action of Dec. 19's IHS vs. North Beach girls game, the Ilwaco mascot was chased around the sideline by three dinosaurs. 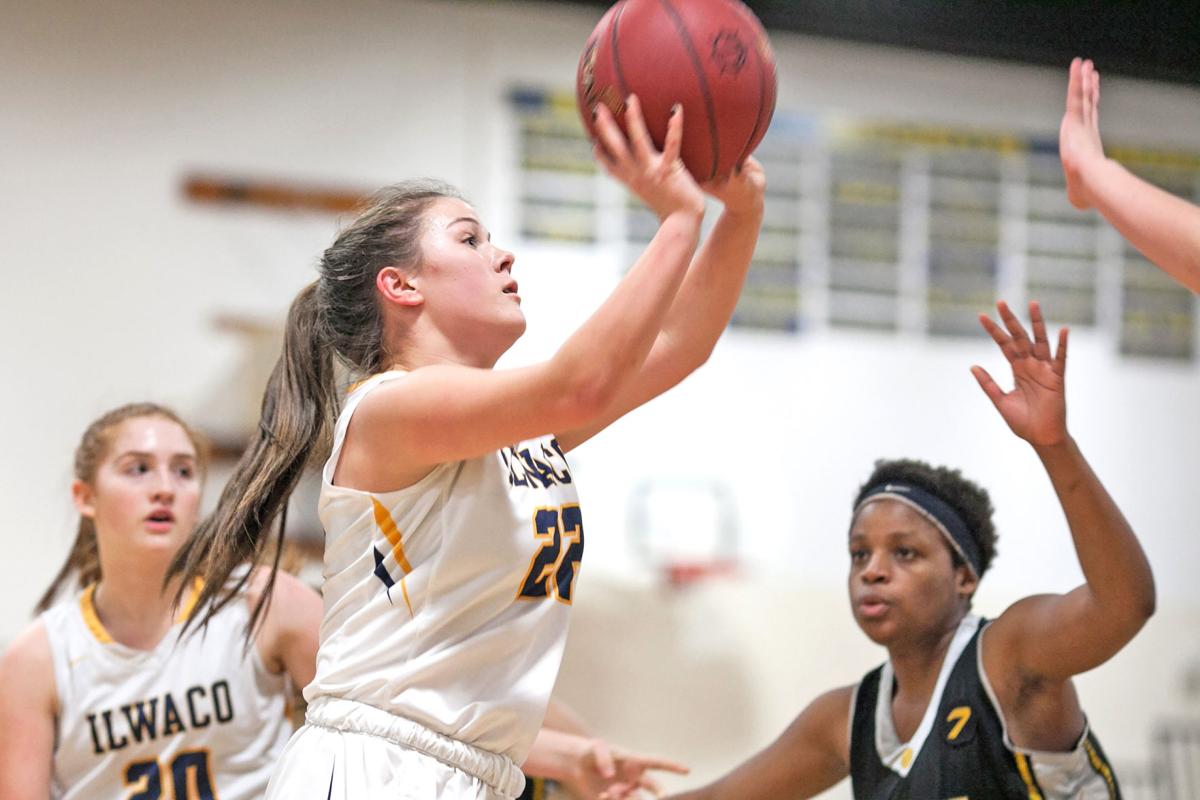 Ilwaco's Arianna Bell went up for a shot during the fourth quarter of the Lady Fishermen's 68-8 win over North Beach. 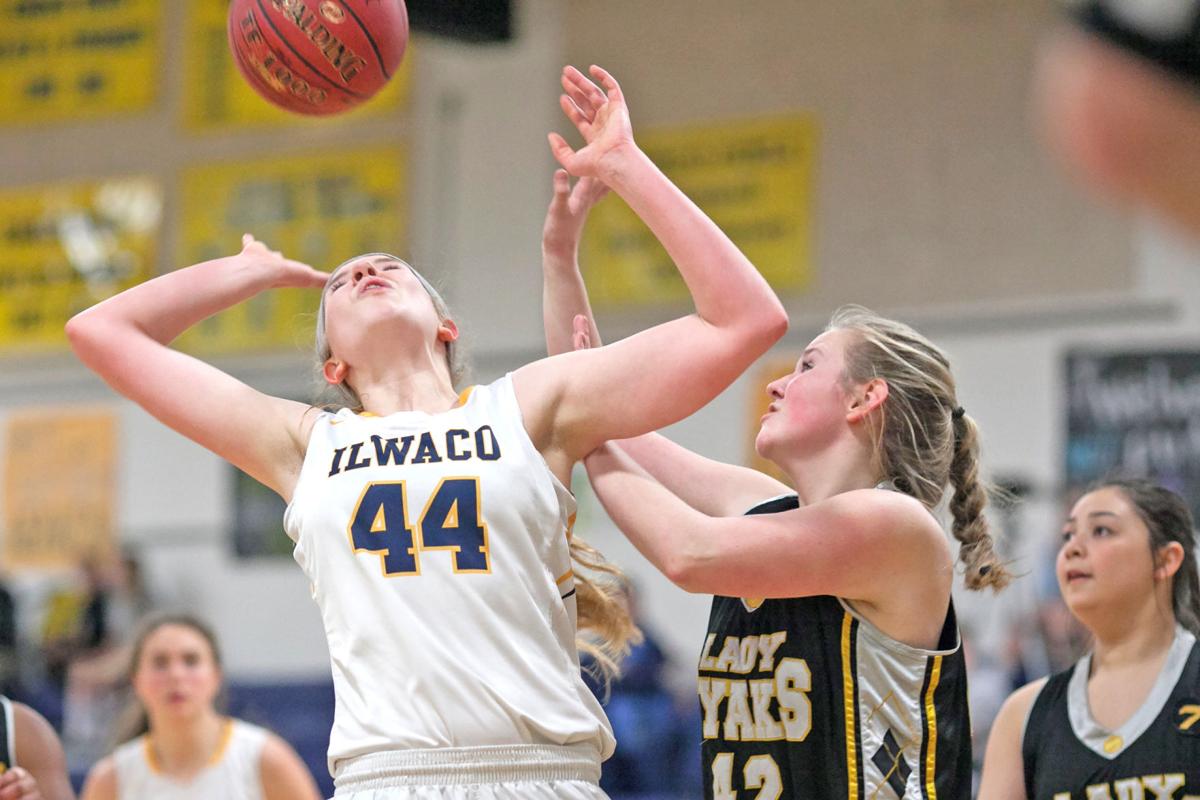 As the IHS pep band played the song “Godzilla,” during a break in the action of Dec. 19's IHS vs. North Beach girls game, the Ilwaco mascot was chased around the sideline by three dinosaurs.

Ilwaco's Arianna Bell went up for a shot during the fourth quarter of the Lady Fishermen's 68-8 win over North Beach.

ILWACO — To say that the Ilwaco Lady Fishermen have made it look easy this year would be an understatement. The Ilwaco girls improved to 7-0 Tuesday night after holding the visiting North Beach Lady Hyaks to single digits, in a 68-8 win. The game featured a running clock from the start of the second half due the size of Ilwaco’s lead (48-5 at halftime).

The Lady Fishermen got off to a super fast start, thanks to their aggressive, full court defense, which regularly caused Hyak turnovers near half court. The Lady Hyaks did not score a point between the middle of the first and middle of the fourth quarters. Senior Eliza Bannister, who had a number of steals in the game, said the team’s defense is what feeds their offense.

“I think that whenever we get steals, that gets us going and we get really excited about that and we want to do really well on offense as well,” she said. “A lot of people tonight did that.”

The recipient of many of those turnovers was senior Makenzie Kaech, who had scored 28 points by halftime, several of those on easy lay ups. She finished the game with 30 points, 10 rebounds and five steals. To open the second half, teammate Madeline Jacobson had back-to-back steals at half court and took them in for easy scores. She finished the game with 19 points. Erika Glenn added 5 points. Bannister, who finished with 8 points and 6 assists — several on nice no-look passes — said she hadn’t been paying attention to the size of their lead while she was on the court.

“I didn’t even realize they were in single digits until the third quarter when Ned (coach Bittner) took us out,” she said. “I knew we were winning but I didn’t know by that much.”

The rankings on maxpreps.com — which are used by the WIAA for their state rankings — has the Lady Fishermen sixth among all girls teams in the state, and have them at number three in 2B. The two teams ahead of them, Napavine and Brewster, were both 4-0 at the time.

As of their win Tuesday night, the Lady Fishermen had the most impressive resume of any 2B girls team to have played seven games to that point. Ilwaco, 7-0, had scored 473 points (67.6 ppg) second most in the 2B, while holding their foes to just 206 points (29.4 ppg), second fewest.

Despite all of this, and the drubbing of another league opponent, Banister said there was still room for improvement.

“There’s always something better you can do,” she said. “We could’ve talked on defense a little more. We had a hard time figuring out who we were guarding, but by second half we figured it out.”

With Ebby McMullen out with injury, senior Taylor Sheldon took her place in the starting line up … Senior Chandelle Thomas was back from a shoulder injury. Playing with a brace on the right upper arm, she saw a fair bit of playing time and scored 2 points … With 28 points in the first half, Kaech was only 14 points away from the school record of 42 scored in a girls game. But with the large lead and a running clock, Kaech saw little playing time in the second half. When she did have the ball, she often found Jacobson open under the basket and picked up a few assists … Earlier this season Ilwaco held Chief Leschi to 10 points in a game, a 59-10 win. By far Ilwaco’s closest game this season has been their opening night defeat of Wahkiakum, 58-46. The game was a rematch of last year’s third place game at the 2B state championships won by the Mules … As is common during the holiday break, there were a number of former Lady Fishermen players in the attendance. It was also band alumni night, which saw Dr. Jarrod Karnofski of Columbia Memorial Hospital playing bass with the pep band.

Badgers in the XFL: Check out performances by former Wisconsin players in Week 2