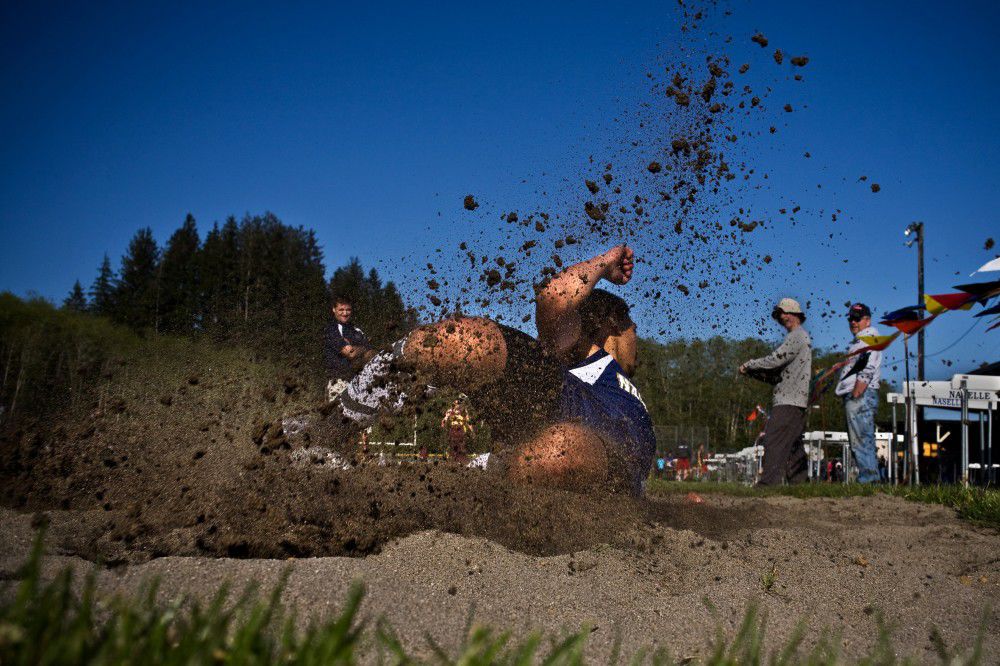 <p>After scratching on his first two attempts in the long jump finals, Rob Baker pulled off a personal best in his final try to win the event.</p> 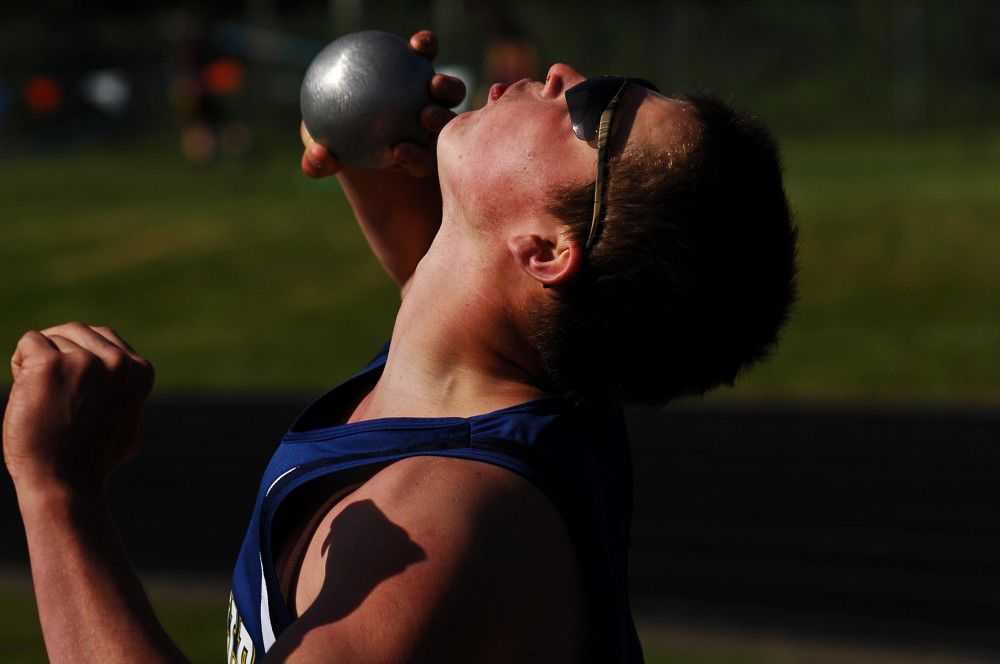 <p>Despite a personal best throw of 35-feet-9 in the finals, Dakota Phillips placed outside of the cutoff for district in the shot put.</p>

<p>After scratching on his first two attempts in the long jump finals, Rob Baker pulled off a personal best in his final try to win the event.</p>

<p>Despite a personal best throw of 35-feet-9 in the finals, Dakota Phillips placed outside of the cutoff for district in the shot put.</p>

NASELLE  Rob Baker won the 110-meter high hurdles and the long jump and teammate Chandler Chapman beat him in the high jump at the Pacific League track meet in Naselle May 8 and 10. Baker set a personal best time in the hurdles by running in 15.47 and he also had a PR in the long jump by a quarter inch, going 20-feet-2.5, while Chapman cleared 6-feet-2 to top his career best jump by four inches.

The top four finishers in all lane events and the top six in field events and the 1,600 and 3,200 races advanced to the 2B District IV track meet to be held in Raymond,?Thursday at 5 p.m.

For the Comets girls, Katie Green was second with her best time by nearly six seconds in the 800 in 2:34.45. She finished fourth in the 1,600 in 5:47.9 and fifth in the 3,200 in 14:17.60. Rounding out scoring for Naselles girls was Jordan Badger with a seventh place finish in the javelin with a toss of 75-feet-10. Christina Carter was ninth in the shot put and Emily Gudmundsen claimed 12th place.

I always try to do my personal best and then I feel successful, Green said earlier in the season and in the 800 she certainly did that.

Kyler Wulf placed fourth in the pole vault by clearing 9 feet and punched his ticket to district.

I felt confident in the high jump because I didnt miss before clearing 6-feet-2. I just did the same approach each time. Rob (Baker) helps me with my steps and I root for him to do well, too. I was pleasantly surprised and relieved that I made the top four in the 200 since I had been ranked fifth. I knew it was going to be close, but I caught a couple of guys to qualify for district, Chapman explained.

My hurdle time was really nice because it was finally sunny for a meet. Even though this was my personal best, I can do better because I went over a couple of hurdles sloppily. In the long jump I had a couple over 21 feet and just scratched by a toenail. I hope to hit it at district and also get my approach down for the high jump. I think I started too close to the bar today so my steps were off. Chandler has really good hops, so if I didnt win, I wanted him to, Baker said. I hope we all put it together at district and then do well at state.

The Naselle 4x100 relay squad of Dustin Eaton, Baker, Chapman and Lopez was fifth in 46.83, a team best by .01, but they did not qualify for district. Chad Andring won seventh place in the shot put with a throw of 37-feet-3. Dakota Phillips was ninth in the shot put with a personal best throw of 35-feet-9 and Beau Santjer was 11th in the javelin (114-feet-10) and Matt Carter was 26th. Andring was also ninth in the javelin (121-feet-2) and Jake Condon 15th and Keith Reitz 29th in the discus.

Bakers second place height in the high jump was 5-feet-10. Chapman earned a ribbon in the triple jump by leaping 38-feet-3 and finishing eighth.