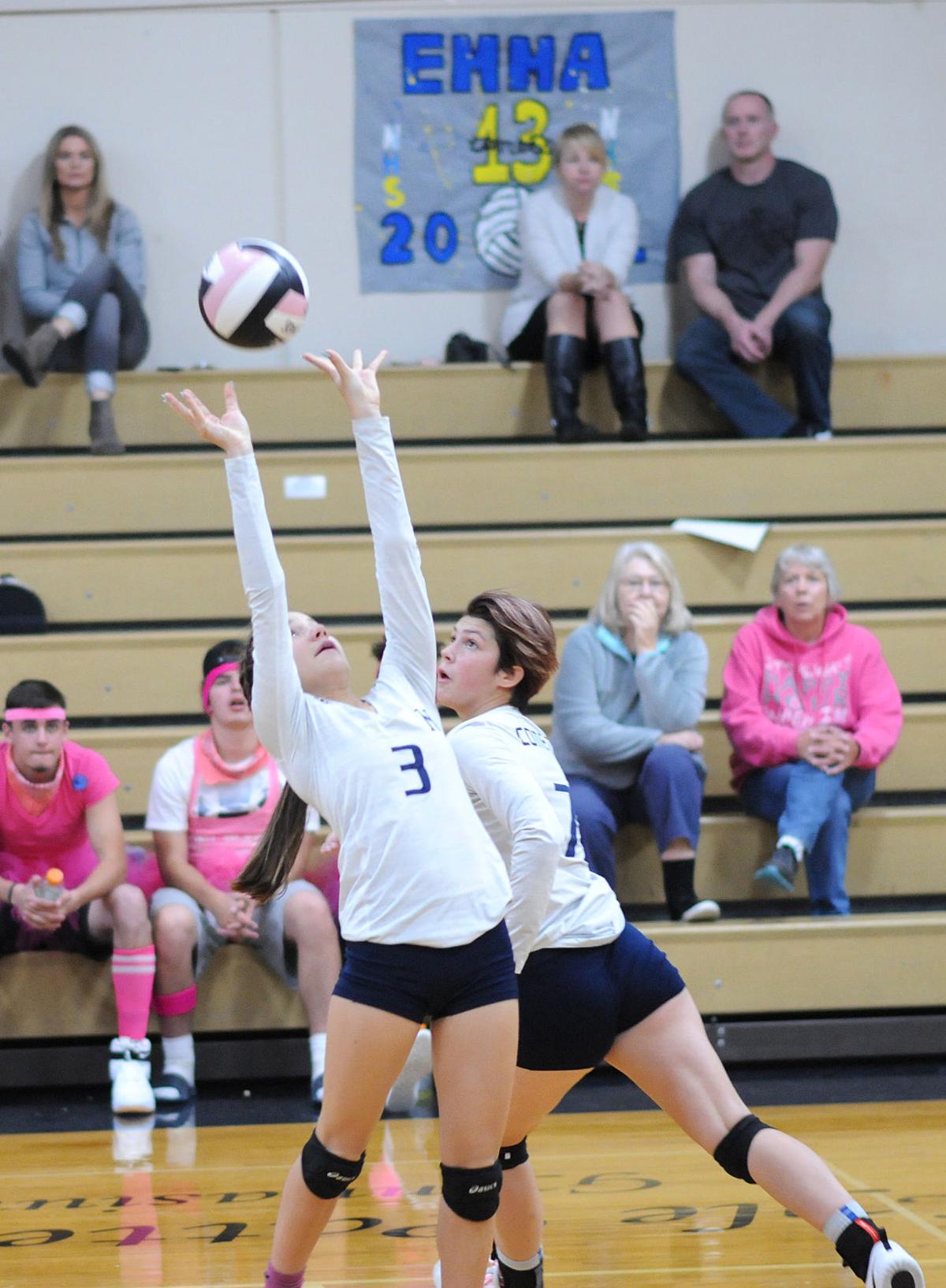 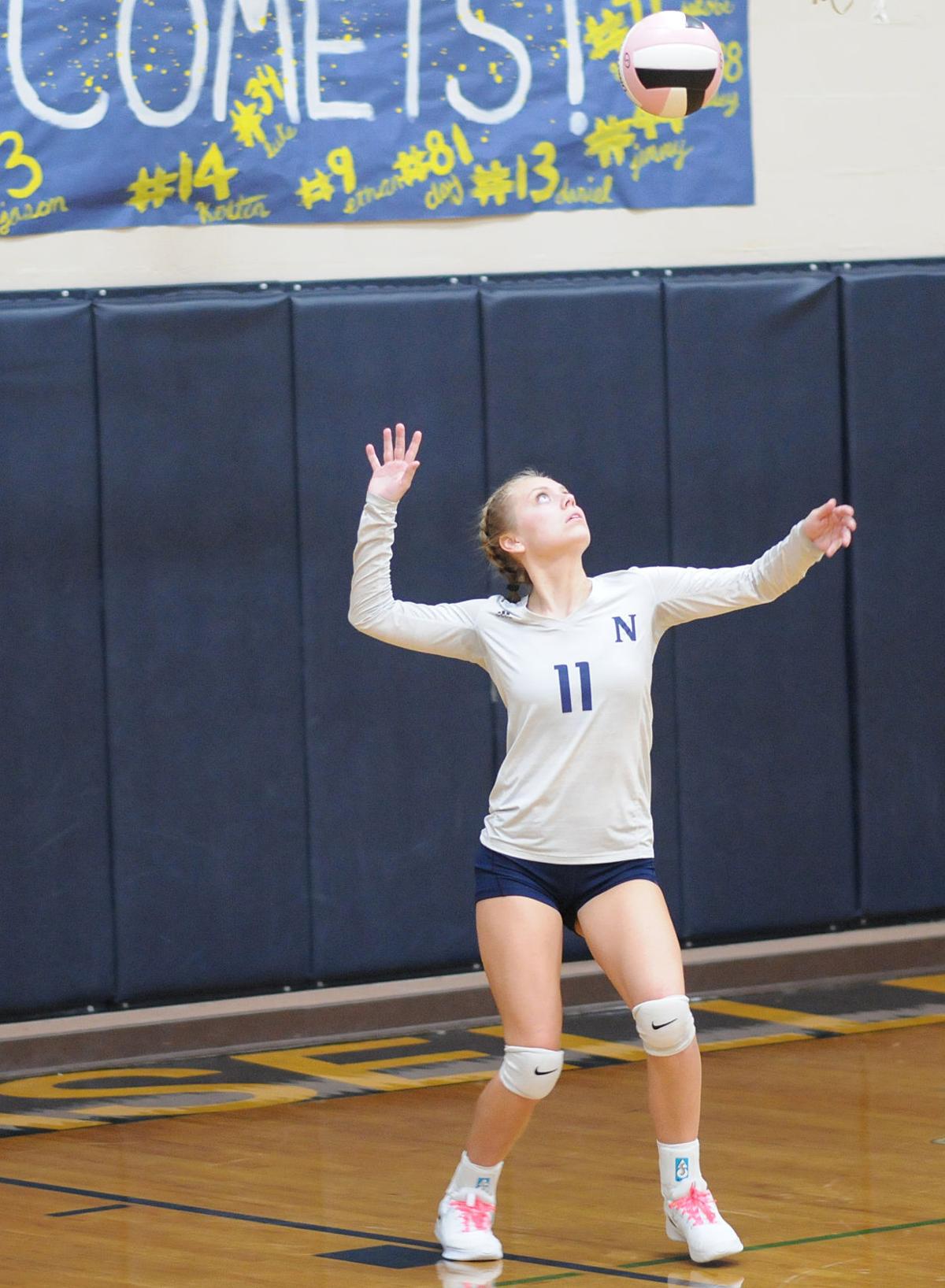 NASELLE — Battle Ground private school Firm Foundation came back in the first set, turned back Comet comebacks in the second, and cruised in the third to beat the Comets 25-19, 26-24, 25-17 in the league opener for both teams Tuesday, Oct. 1.

The Comets had the Eagles’ defense struggling early, while Brynn Tarabochia countered their offense with some tough digs of Katie Kogler hits.

Tarabochia’s diving stop led to a kill down the sideline as two Firm Foundation players watched it go by, giving Naselle a 13-10 lead. A long bump-over by Bella Colombo grazed the back line for a 16-13 lead. Echo Cenci tipped a shot over to the middle to go up 18-15.

Firm Foundation answered. Tarabochia handled a high shot from Kogler, but on the next ball over Kogler sent her way over to her right, where she got to the ball but punched it sideways. That point sparked a 10-1 run as Kogler continued finding ways to finish off rallies.

Naselle trailed 10-5 in the second when Tarabochia dug an ankle-high smash by Kogler, leading to a kill by Kaylin Shrives. That started a 12-4 run, which included three straight aces by Kylie Tarabochia. Firm Foundation responded with 10 straight points for a 24-17 lead.

But the Comets followed with a furious comeback, starting when a Firm Foundation serve on game-point went just out near the sideline. Shrives followed with a kill on a free ball. Brynn Tarabochia reached out and turned around a hard hit by Kogler, leading to a Steenerson kill.

Tarabochia kept it going with three straight aces, cutting the margin to 24-23. A long rally followed, including back-to-back blocks by Steenerson, a chase-down by Brynn Tarabochia, a very hard hit absorbed by Kylee, and finally a Shrives kill to tie it at 24.

But Comet misses on the next two points gave Firm Foundation the 26-24 set victory to go ahead 2-0.

Kogler led the Eagles with 15 kills and a .371 hitting percentage, a good mark but below her season average of .410, which is seventh in the state.