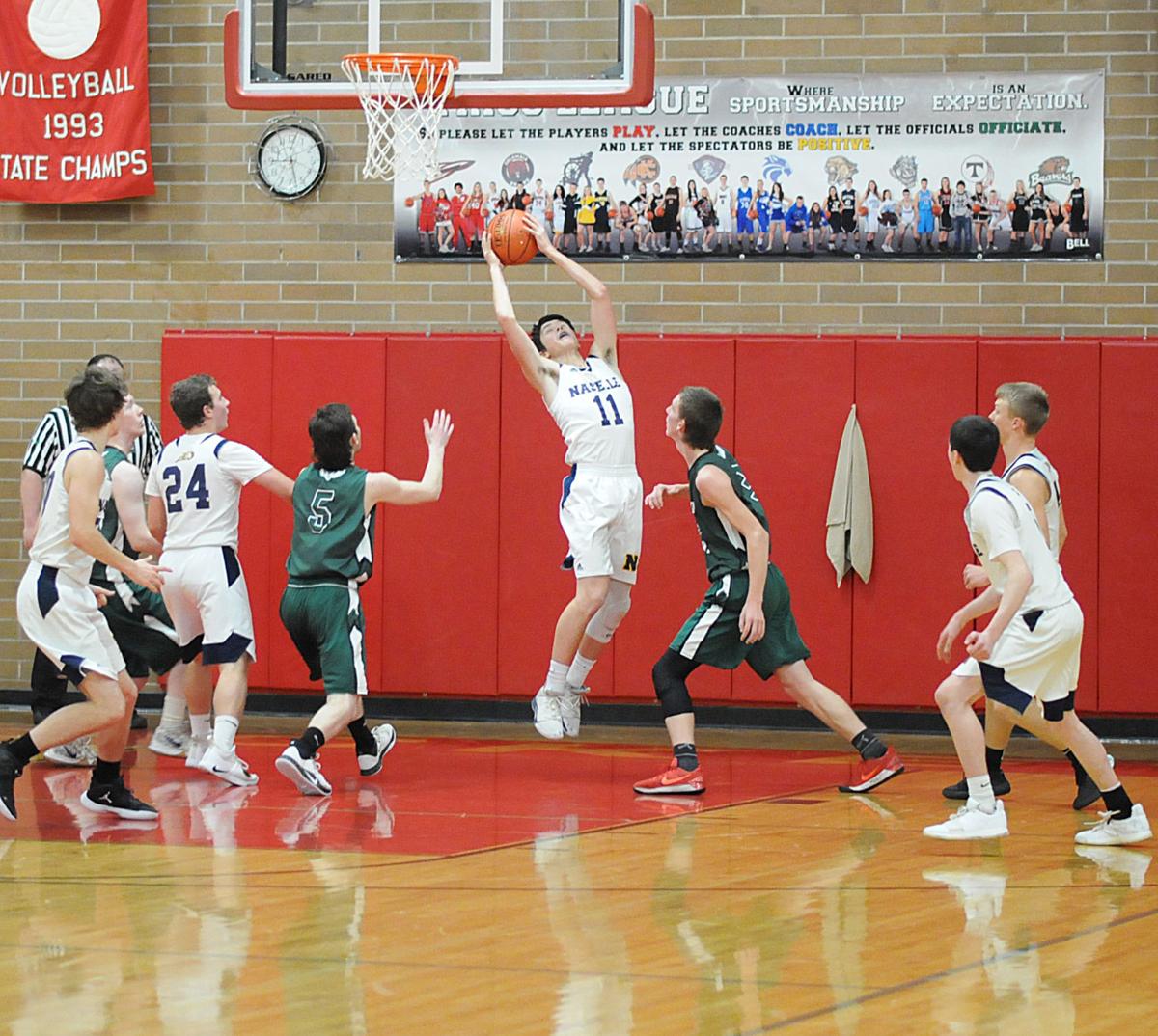 Chase Haataia grabs the rebound after blocking a shot in the third quarter. Haataia had four blocked shots Saturday. 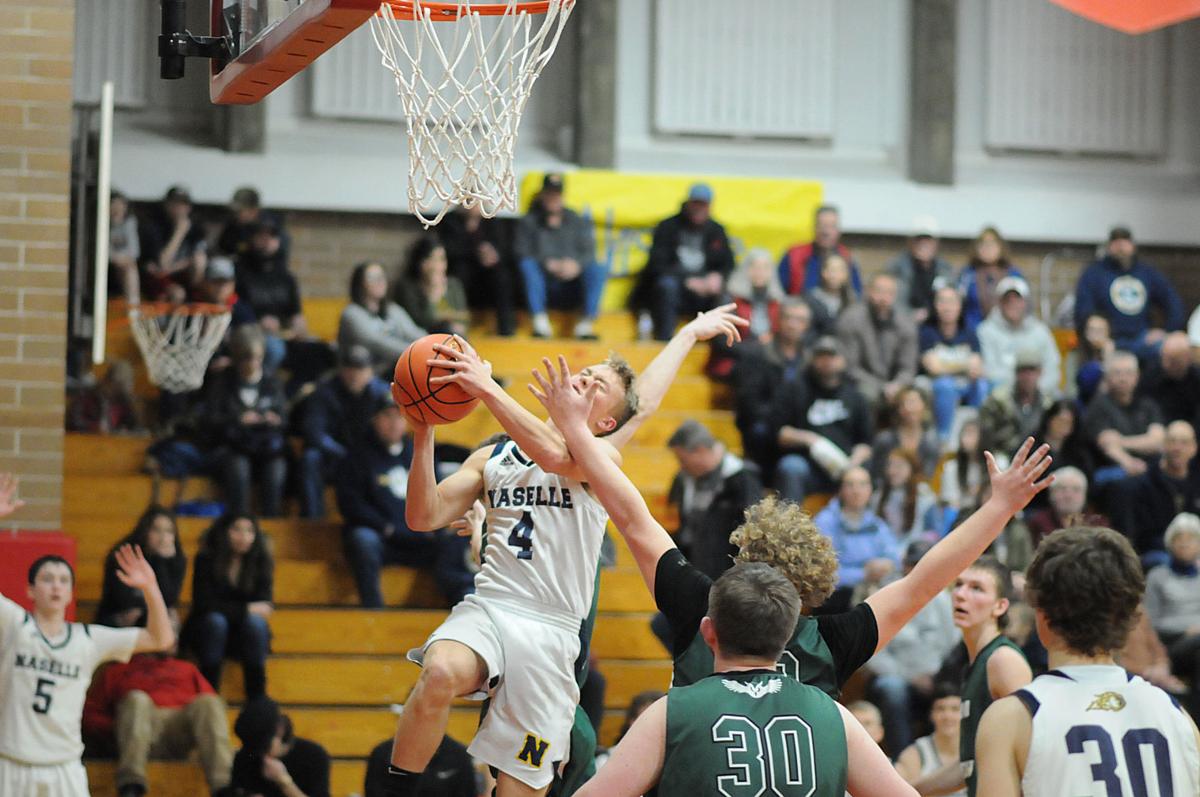 Ethan Lindstrom goes up for a shot in traffic. 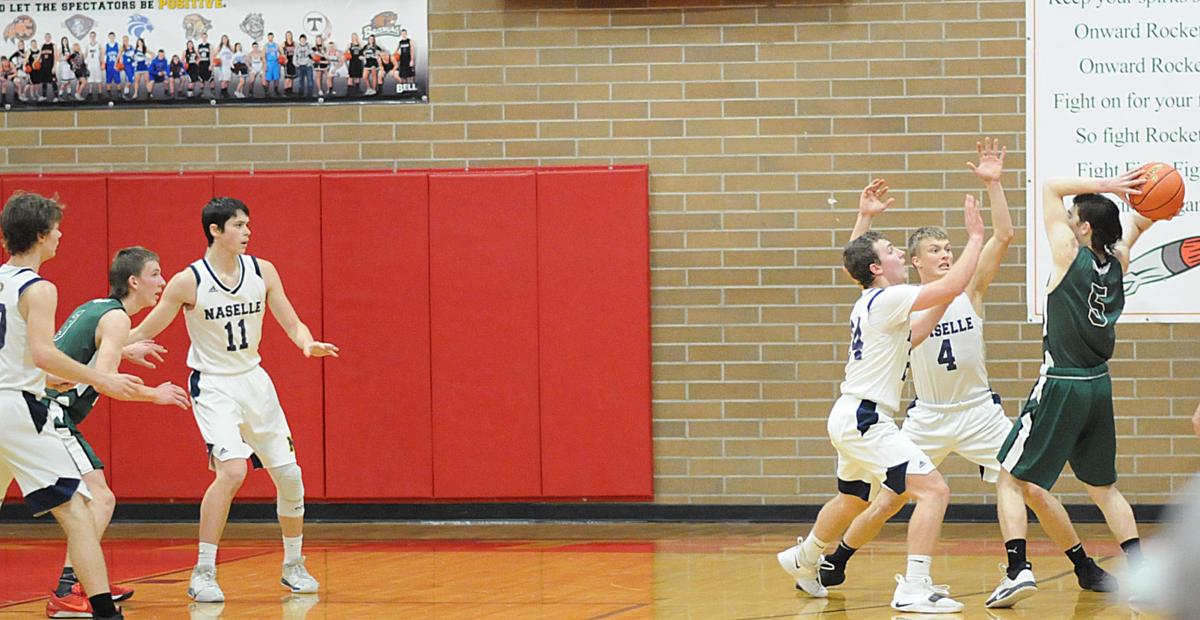 Jimmy Strange (front) and Ethan Lindstrom (back) trap Eddy Krippelcz in the corner. Chase Haataia (no. 11) and Corey Gregory get ready to try to intercept a pass.

Chase Haataia grabs the rebound after blocking a shot in the third quarter. Haataia had four blocked shots Saturday.

Ethan Lindstrom goes up for a shot in traffic.

Jimmy Strange (front) and Ethan Lindstrom (back) trap Eddy Krippelcz in the corner. Chase Haataia (no. 11) and Corey Gregory get ready to try to intercept a pass.

The Comets led only 10-7 midway through the first quarter when Jimmy Strange took over. As the Owls brought the ball up, Strange stopped his back-pedal about 10 feet behind half-court, seemingly luring the enemy ball-handler to him. Strange ripped away the steal, leading to a Kolby Glenn layup. Glenn, perhaps sensing blood in the water, improvised on the ensuing half-court press, coming off his man and signaling Strange to rotate onto him to create a suffocating 2-on-3 for the offense. It worked, as Strange picked off the pass and got a three-point play at the other end. Strange lurked innocently behind the in-bound pass recipient, then pounced and got another three-point play. Just like that, it was 18-7.

Already on a 15-0 run, the Comets scored the first 15 points of the second half. Glenn hit a corner three right out of halftime, then added a three in transition about a minute later, giving him seven threes and 25 points already. Chase Haataia kept the Owls off the board, protecting the rim with four blocked shots and a steal in the third quarter, most in the early minutes. About three minutes into the half, the Comets led 65-25.

Naselle, (16-5, fifth in RPI) will face Taholah (16-3, 11th) in District finals Thursday, Feb. 20 at 6:30 p.m. in Montesano. The winner will advance to Regionals. A Comet win over Taholah would also clinch a State berth due to their strong RPI. The loser will face either MMK or Three Rivers Christian for second in District and the other Regional berth.

Naselle and Taholah have several common opponents this year, and the results indicate the Comets are the favorite. Taholah lost by 29 to an Adna team that the Comets beat. The Chitwhins beat MMK by 10 and 19 in their two meetings, while the Comets beat the Owls by 25 and 36 in the regular season before routing them Saturday. Taholah beat Three Rivers Christian by 17 in their District semifinal; Naselle beat the Eagles by 39 and 52 points in their two meetings.