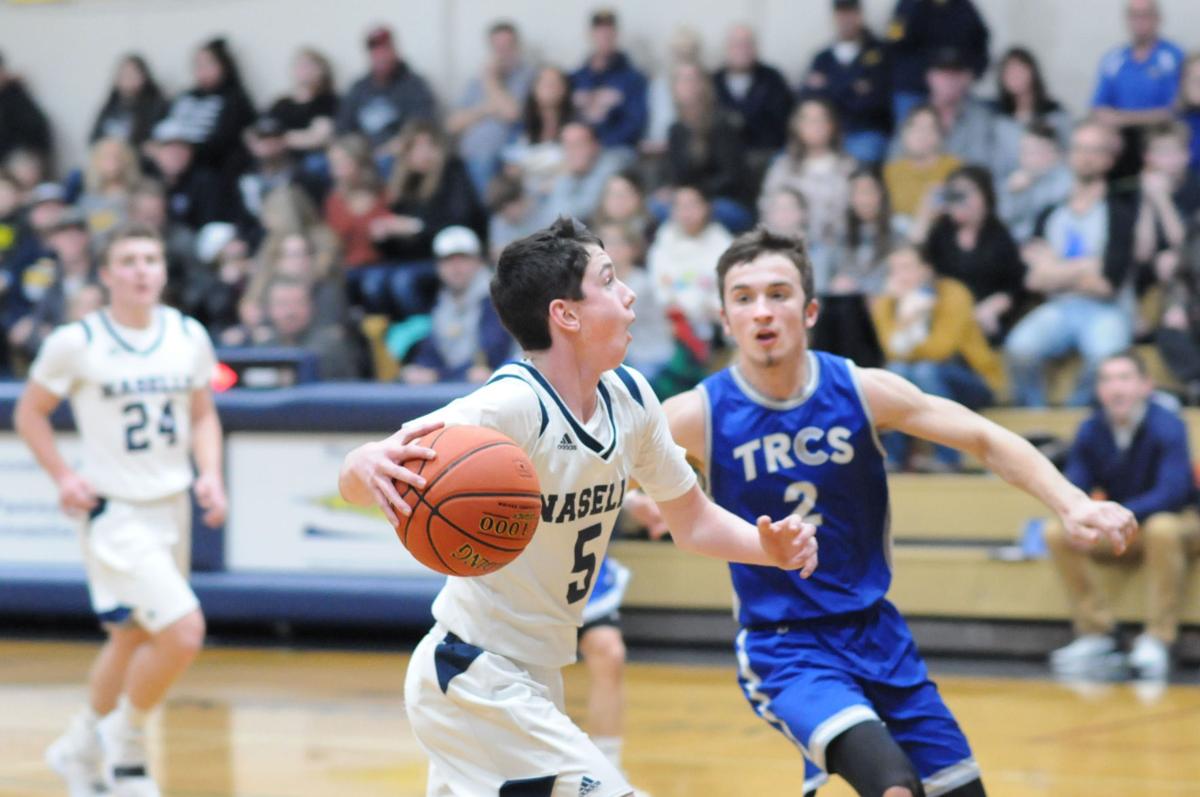 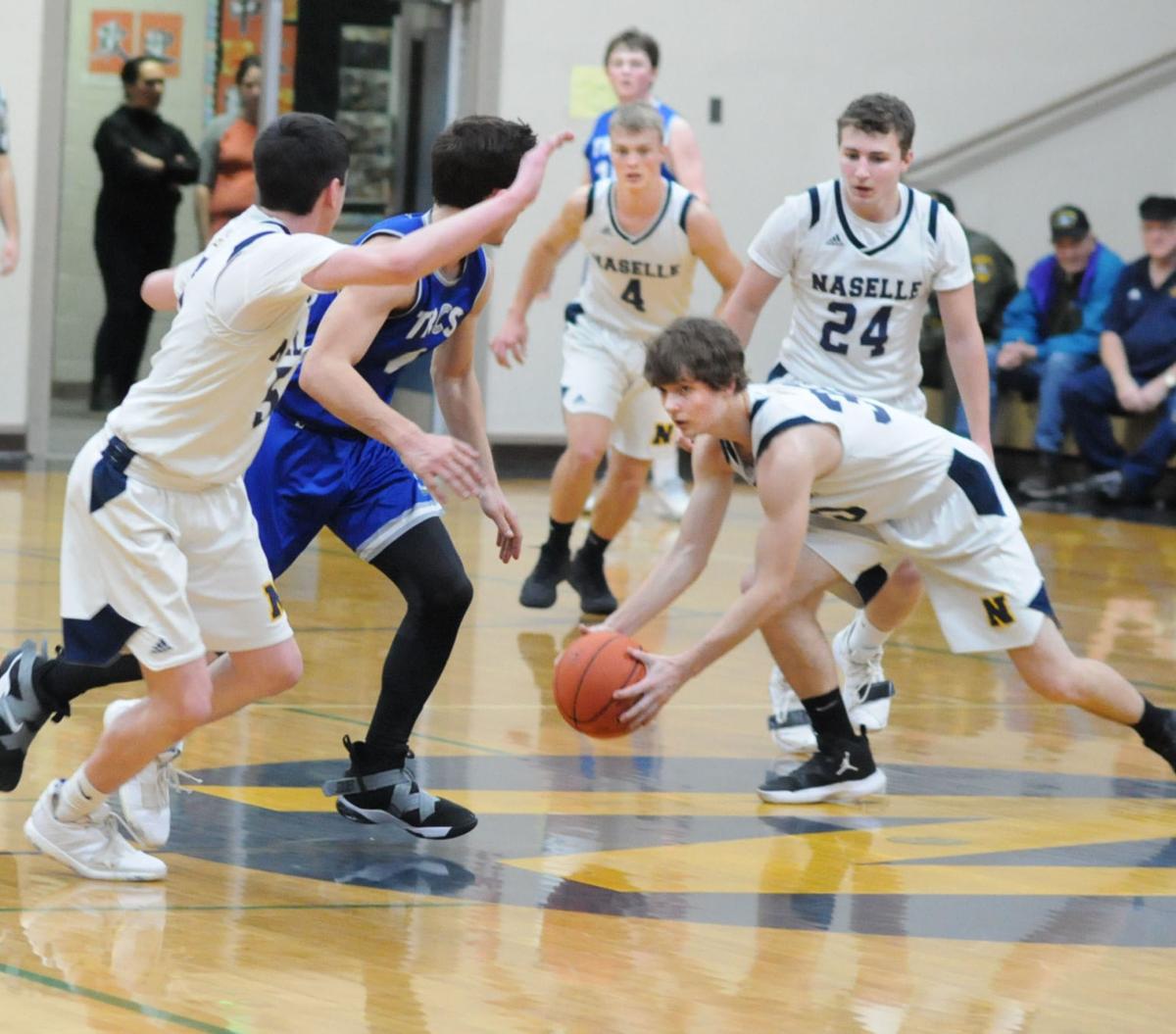 Corey Gregory gathers a loose ball as Kolby Glenn takes off on the break. 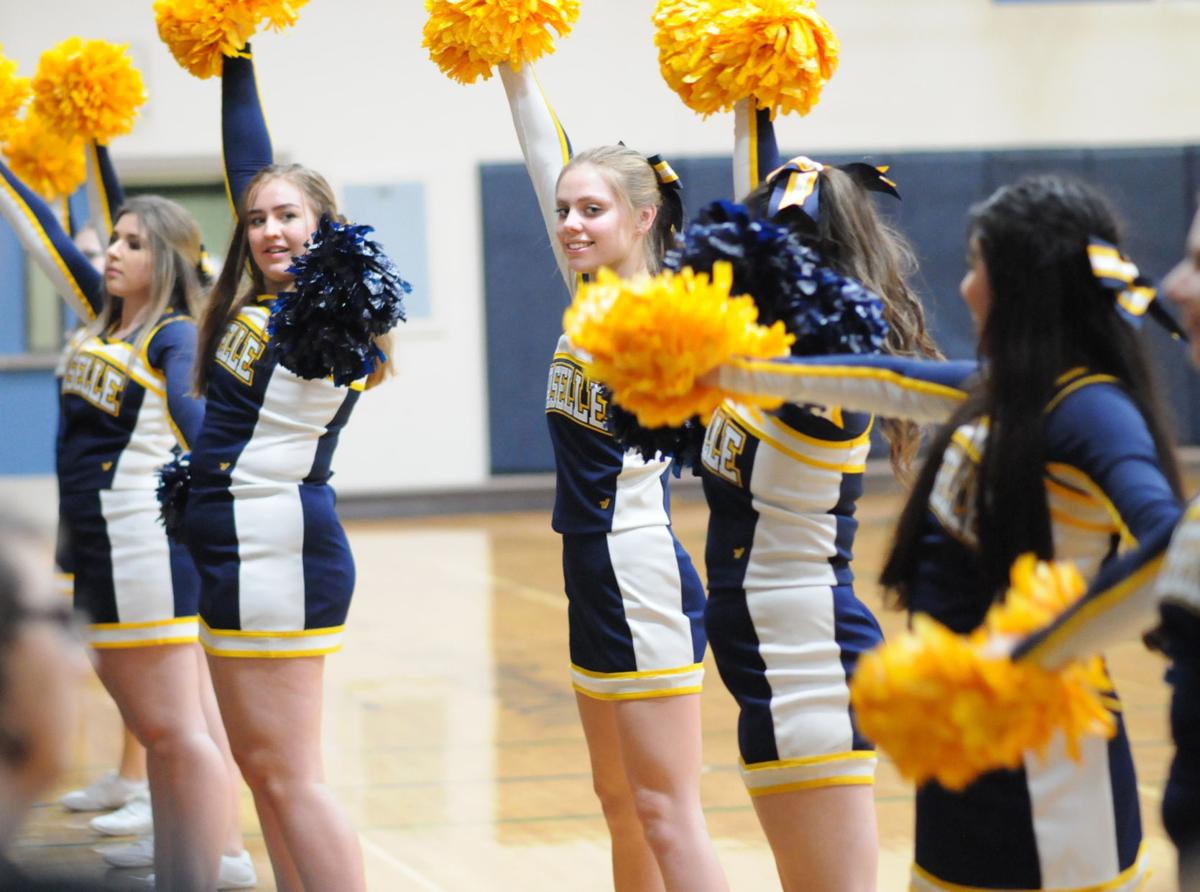 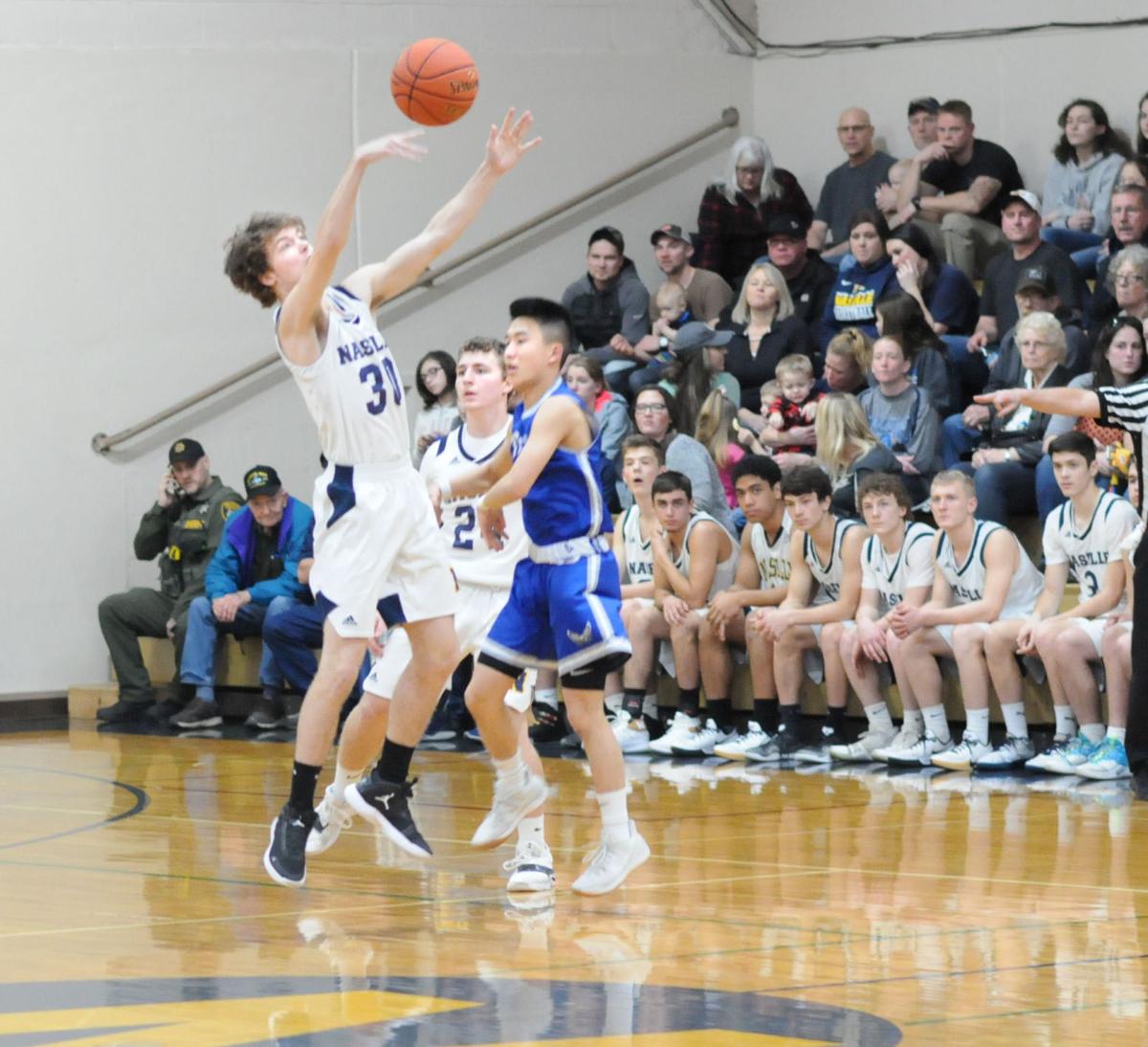 After stealing a pass, Corey Gregory throws it ahead to himself.

Corey Gregory gathers a loose ball as Kolby Glenn takes off on the break.

After stealing a pass, Corey Gregory throws it ahead to himself.

NASELLE — The Comets broke open a 25-17 game with a 36-0 run, on the way to a 90-38 blowout of Three Rivers Christian in the regular season finale Friday, Feb. 7. The victory clinched the Columbia Valley League title for the third straight year.

Three Rivers broke the Comet press a few times and stayed within striking distance. Naselle outscored the Eagles 17-5 over the last 2:47 of the first quarter, including seven points from Ethan Lindstrom over the last 2:07, and led 22-11 after a quarter. But they went cold early in the second, and Three Rivers cut the lead to eight at 25-17.

That’s when the Comets showed just how quickly they can run a team off the floor, scoring 10 points in 40 seconds to boost the lead to 35-17 at the 4:11 mark of the first half. Corey Gregory spent that stretch sprinting between half-court and the basket. After a three-point play off his own offensive rebound, Gregory tipped a pass at half-court, taking off as Kolby Glenn gathered it and then scoring on Glenn’s pass. Gregory ran back to team with Warren Wirkkala to force another turnover, taking off as Wirkkala gathered the steal and scoring on his assist. The Eagles then finally got the ball past half-court, but Jack Ruch stole a pass on the back end of the press, leading to a three-pointer by Glenn.

The Comets kept nearly the same breakneck pace for the rest of the quarter, putting on a show with high-flying plays. Jack Ruch scored on a lob pass near quarter’s end. Ethan Lindstrom followed with a steal and soared for a dunk attempt. Lindstrom, who has dunked before but never in a game, reached rim level or above but didn’t quite manage the dunk, instead having to push the ball in over the rim at the last instant. The shot made it 54-17 at halftime.

Gregory finished with 22 points, 20 of them in the first half. Kolby Glenn hit five three-pointers, including an off-balance shot from the corner as he was bumped lightly into the wall. He finished with 19 points. Lindstrom scored 17 points.

Naselle finished the year 15-5 overall and 8-0 in league play, placing fifth in 1B in the state’s RPI rankings used for seeding at Regionals and State. Three Rivers took second in the CVL at 6-2, going 13-7 overall.

Naselle gets byes through to District semifinals Feb. 15 at Castle Rock at a time to be determined against Mary M. Knight, Oakville or the Washington School for the Deaf.