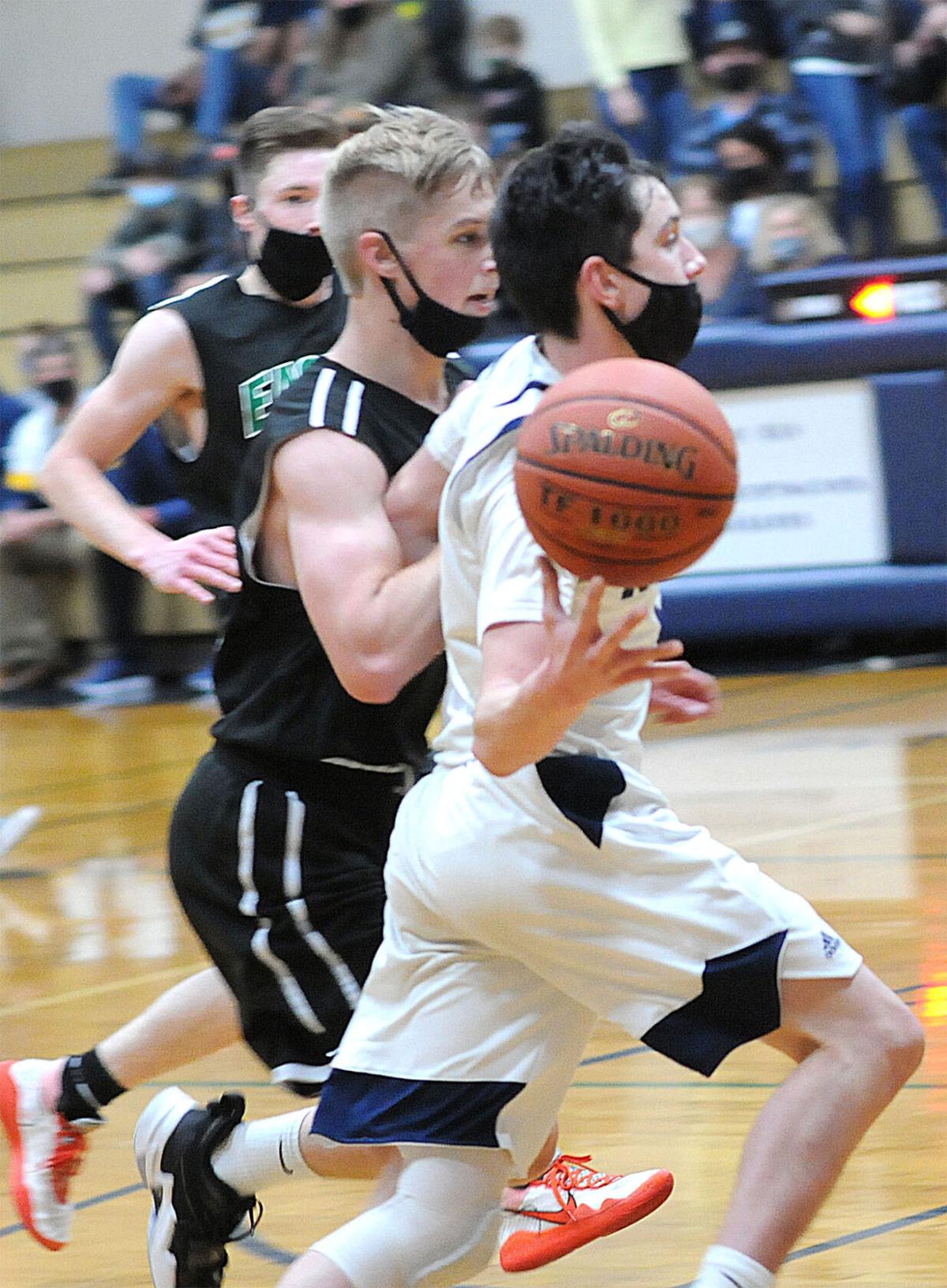 Kolby Glenn heads into the lane on a one-man fast break. 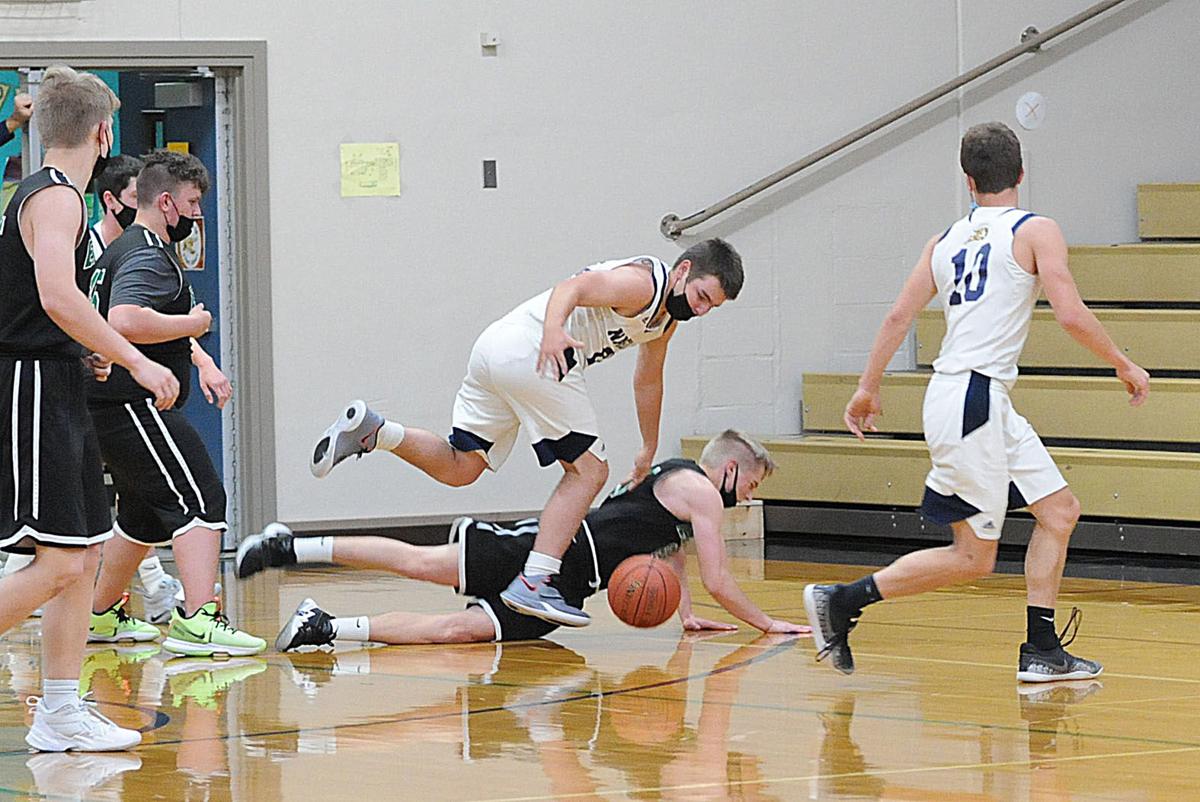 Kolby Glenn heads into the lane on a one-man fast break.

NASELLE — Kolby Glenn put up 30 first-half points and 45 in the game as Naselle crushed Firm Foundation 84-28 Saturday. A running clock throughout the second half was the only thing that could slow Glenn’s pace, preventing him from going well over 50.

Glenn got the shots he wanted, a very high volume of layups and open threes. He hit 15 of 20 shots inside the arc, 5 of 15 from beyond, and added five assists.

“He’s capable of having this night every night, against every team,” coach Bill Olsen said afterward. Glenn has reached or approached 30 points several times in his senior year. Throughout his career, he has had hotter shooting nights from three-point range. But Wednesday marked his career scoring high.

The Comets led 28-0 after a quarter, but the game was played at a calmer pace than many Comet blowouts, as Firm Foundation appeared ready for the Comets’ presses and mostly handled them. The first few possessions were even a bit of a slog, but Glenn helped the Comets shift into higher gear. Off an Eagles miss he beat the defense down-court, took a cross-key pass from Kolten Lindstrom and hit the layup for his first points, then stole the ball just past half-court and took it for another lay-in and a 7-0 lead.

But mostly, the Comets piled up points by coolly executing their half-court defense and offense, while getting themselves plenty of shots by dominating the rebounding battle.

Glenn kept poking holes in the Firm Foundation zone, nailing a pair of early threes. Then he drove by his man for a slick over-head layup for a 20-0 lead five minutes in. Glenn ended up with 16 points in the first quarter.

Though the Eagles were fairly good taking care of the ball, transition opportunities began to pile up for the Comets as they simply beat them down-court on rebounds or even made baskets. Glenn, in particular, mercilessly exploited these opportunities throughout the second quarter.

“We ran whenever we got a chance, and they weren’t really getting back on defense.” Glenn said. Outlet passes made his night possible, he pointed out. “All our guys made good passes. When we get the ball, we’re all looking to pass before looking to dribble.”

“I wanted us to get more up-tempo,” coach Bill Olsen said. “Because we’re so quick, everybody has been playing us zone. To counter that, we try to get the layup before the zone is set up….I stressed that as soon as the ball goes up, go down the court.”

Glenn reached 27 points with a driving layup with about 30 seconds left in the half, but he wasn’t quite done. After a Firm Foundation basket with five seconds left, Glenn got inside half-court with a few quick dribbles and swished in a running 40-footer, making it 54-9 and giving him 30 points.

Glenn added 11 more in the third quarter despite the running clock before the Comets eased up in the fourth and emptied their bench. Jason Harman had four assists and a team-high eight rebounds, helping the Comets achieve the rebounding supremacy that allowed them to take control in the early going. Warren Wirkkala led the Comets with six assists, added six rebounds and nailed three three-pointers. Jimmy Strange put up 14 points.